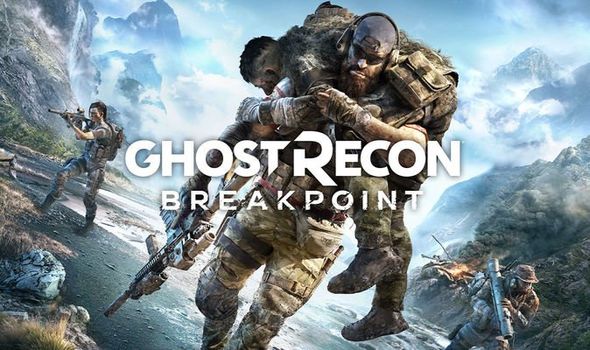 Having already tested out the game with pre-order customers, Ubisoft is now preparing for the big Ghost Recon Breakpoint open beta.

Scheduled to begin later this month, it will allow gamers on PS4, Xbox One and PC to explore the island of Aurora in groups, or solo.

Ubisoft has confirmed that the open beta will include new content from the previous tests, meaning there’s plenty of reasons to dive back in.

And it won’t be long before the first stage of the open beta install process has been launched.

This will start at around 11am in the UK, or at about 3am PST if you live in the United States.

This will be followed by the launch of the Ghost Recon open beta servers on September 26.

And we now know the exact time for the new PvP and PvE action to begin.

WHEN DOES THE GHOST RECON BETA START?

According to Ubisoft, servers for the Ghost Recon Breakpoint beta will go online at 11am in the UK, on September 26.

For gamers in the United States, that will mean a very early 3am PST launch.

If you already have the Online Technical Test or a previous Beta build installed on your platform, you won’t have to download the full build again. Instead, you will only have to download a patch.

“Explore solo or team up for four-player co-op in six regions of Auroa’s massive open world – Smuggler Coves, Mount Hodgson, Sinking Country, Fen Bog, New Argyll, and Infinity – and tackle five main missions, as well as a number of side missions and daily Faction Missions,” a message from Ubisoft explains.

“Face off against armed drones including the flying Murmur, the land-based Aamon, and the massive, armoured Behemoth.

“And then get ready to test your skills against other players in Ghost War, with the Elimination 4v4 PVP mode and three maps, PMC Camp, Skell Port, and R&D Center.”

As mentioned above, during the Open Beta, gamers will have access to several regions, missions, and modes to test out in 4 player co-op or solo.

This will allow fans to battle it out against other Ghosts in a unique competitive mode to test their skills.

The open beta will only offer one PvP mode, Elimination, although there will also be plenty of new missions to take on.

Ubisoft has also warned that progress will not transfer from the Open Beta to the launch version of the game.

So there won’t be much point of investing in your character beyond the basic during your time playing.

Ubisoft has confirmed that open beta for Ghost Recon Breakpoint will be available to play until Sunday, September 29.

Following that, fans will have to wait for the full launch of the game, which is scheduled for October 4 on PS4, Xbox One and PC.