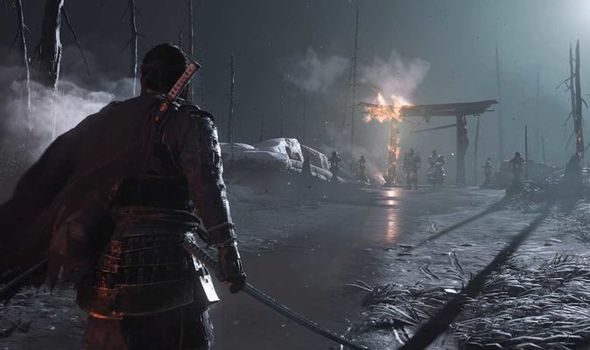 Ghost of Tsushima is surprising PS4 gamers with how good it looks running on the current PlayStation hardware. And now gamers are wondering whether Ghost of Tsushima will be on the PS5 in the future, providing even quicker load times and performance. The good news is that we guarantee that a version of the Samurai title will be available to play on the PlayStation 5 sometime in the future.

This fact has already been confirmed by Sony, who have committed themselves to making PlayStation backwards compatibility a priority.

From what has been shared so far, the tech giant’s best games will be available to play on the PS5, and that likely means Ghost of Tsushima.

It seems very unlikely that Sony would look to deprive loyal PlayStation gamers the chance to switch consoles and then have to leave some of their favourite first-party titles behind.

Sony hasn’t provided a list of games that have been okayed for Backwards Compatibility but there should be an update on this subject in the coming months.

“With all of the amazing games in PS4’s catalog, we’ve devoted significant efforts to enable our fans to play their favorites on PS5.

“We believe that the overwhelming majority of the 4,000+ PS4 titles will be playable on PS5.

“We’re expecting backward compatible titles will run at a boosted frequency on PS5 so that they can benefit from higher or more stable frame rates and potentially higher resolutions.

“We’re currently evaluating games on a title-by-title basis to spot any issues that need adjustment from the original software developers.

“In his presentation, Mark Cerny provided a snapshot into the Top 100 most-played PS4 titles, demonstrating how well our backward compatibility efforts are going. We have already tested hundreds of titles and are preparing to test thousands more as we move toward launch.

“We will provide updates on backward compatibility, along with much more PS5 news, in the months ahead.”

A further statement from Sony adds that the top 100 PS4 games will be playable on the PS5 launch, adding:

“We’re excited to confirm that the backwards compatibility features are working well. We recently took a look at the top 100 PS4 titles as ranked by play time, and we’re expecting almost all of them to be playable at launch on PS5.

“With more than 4000 games published on PS4, we will continue the testing process and expand backwards compatibility coverage over time.”

Will Ghost have enough play time to join these other games for the launch of the PS5? It’s unclear if that will happen but we would predict its inclusion following how popular it has proven with gamers on PS4.

That’s all good news for gamers hoping to make the switch to the PS5 in the final months of 2020.

But will we also see some kind of remaster announced for Ghost of Tsushima in the future?

Following similar projects for the likes of The Last of Us, it seems very logical that Sony will want to do the same with some of the PS4’s best games.

But there could be a much longer wait for such a project to be announced and it will need to be weighed carefully when it comes to the possibility of a sequel being put together on PS5.