Nightfall Games has unveiled a preview PDF of their upcoming Terminator tabletop RPG. A 44-page quick play guide, the PDF is available on DrivethruRPG for pay what you want, with a suggested donation of $1.00 (but you can pay $0 if you’re a bit tight on cash).

Those 44 pages contain everything you need to get a feel for the full game, which will hit Kickstarter in February. It includes a full rundown of the essential skills, seven pre-made characters, and a single scenario you can try along with five of your friends. 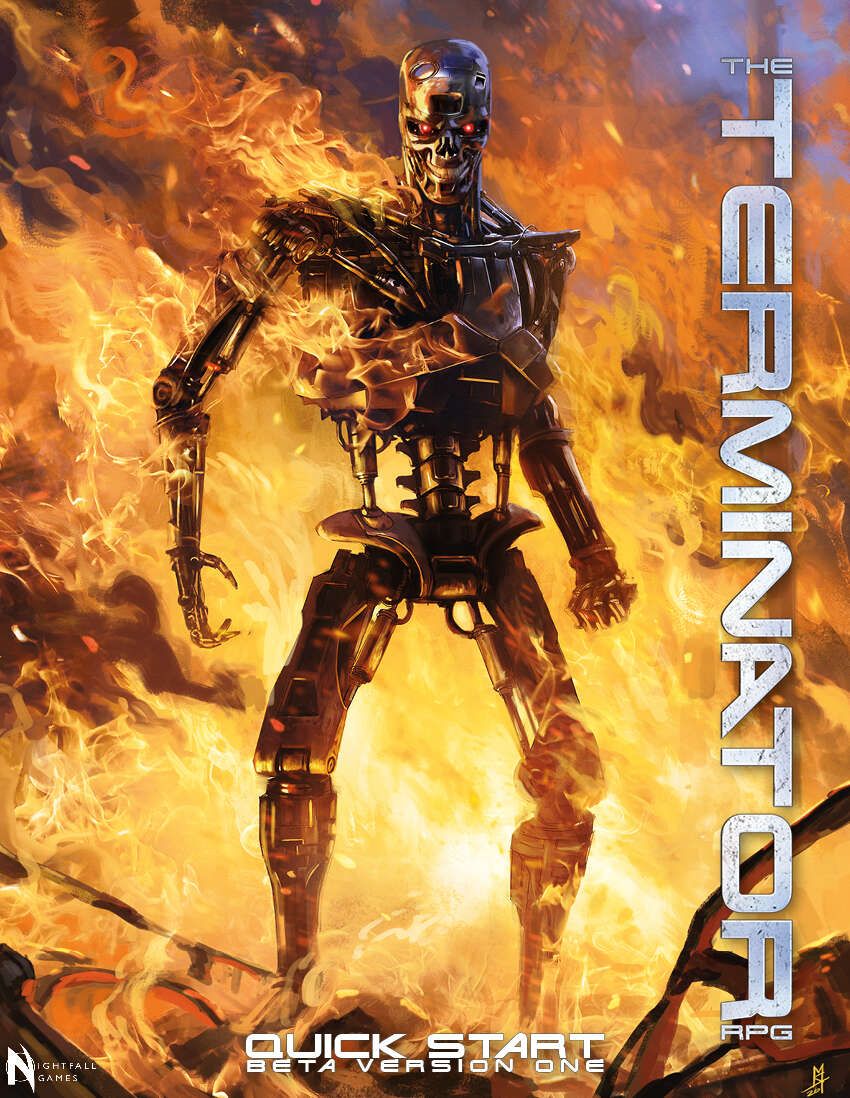 The Terminator RPG uses a D10 system and suggests each player brings a collection of at least six D10s. Veteran tabletop players will likely already be familiar with the character base stats of Strength, Knowledge, Charisma, Dexterity, Concentration, and Cool, which each come with their own associated skills such as Athletics, Detection, Read Lips, and many more. A seventh base stat of Fate provides players with the ability to either re-roll dice or add numbers to a dice roll in order to achieve success.

The Scout class, named “Eva” in the preview, comes with the Heightened Awareness special rule. “A scout is considered to have one additional Skill Die when making a Tracking skill roll,” reads the pre-made sheet. “In addition, a scout adds 1 to their Initiative Bonus making them more likely to act before others in combat.” 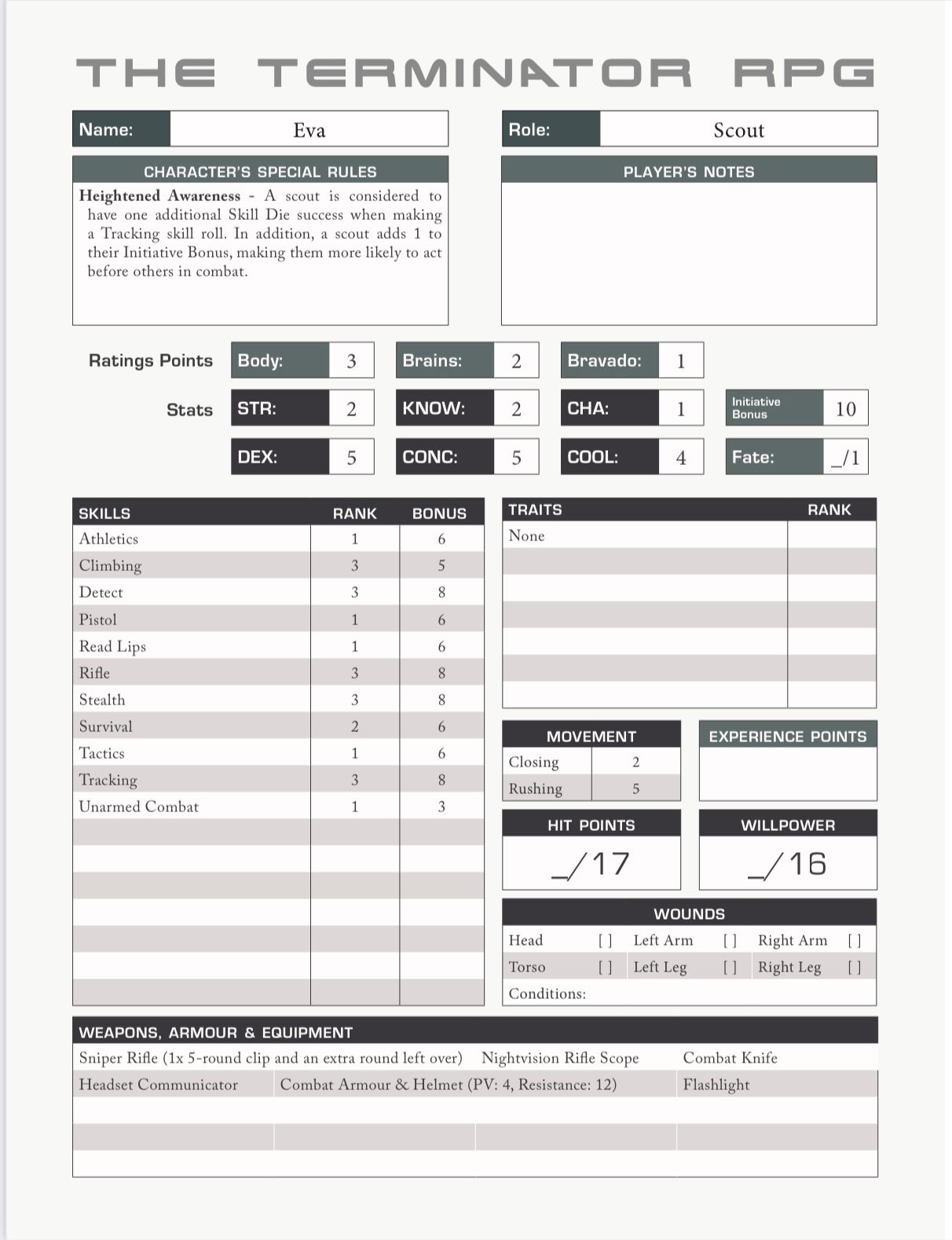 In keeping with other tabletop RPGs, rules for character creation are not discussed in the preview. Instead, player and combat mechanics take up the lion’s share of the PDF’s 44 pages, which enable a six-player group to get started without too much research.

Those interested in resisting the robot apocalypse should keep an eye on Nightfall’s website for the exact start date of the Terminator TTRPG Kickstarter, which should arrive sometime in February.