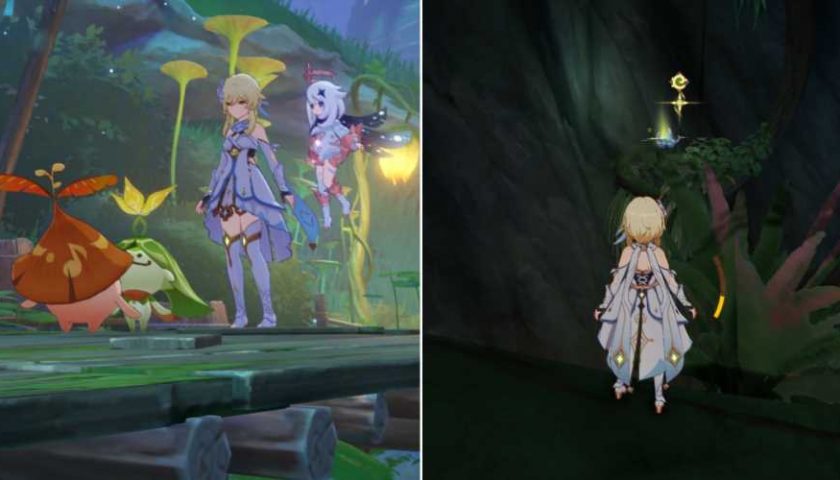 If you're looking for a solution to The Rhythm that Reveals the Beastly Trail, you must be knee-deep into the massive quest line that is the Ashvattha's Concourses Aranara quests in Genshin Impact. Hoyoverse really decided to go all-in when they were designing Sumeru and there are puzzles beyond everyone's imagination in this region.

To embark on the Aranara journey, you have to find the first part of the Aranyaka quest near Vimara Village in the Sumeru rainforest by meeting the NPC, Rana. After progressing the story and talking to Araji, you can start the quest involving Ashvattha's Concourses by talking to Arakavi.

How To Finish The Rhythm That Reveals The Beastly Trail 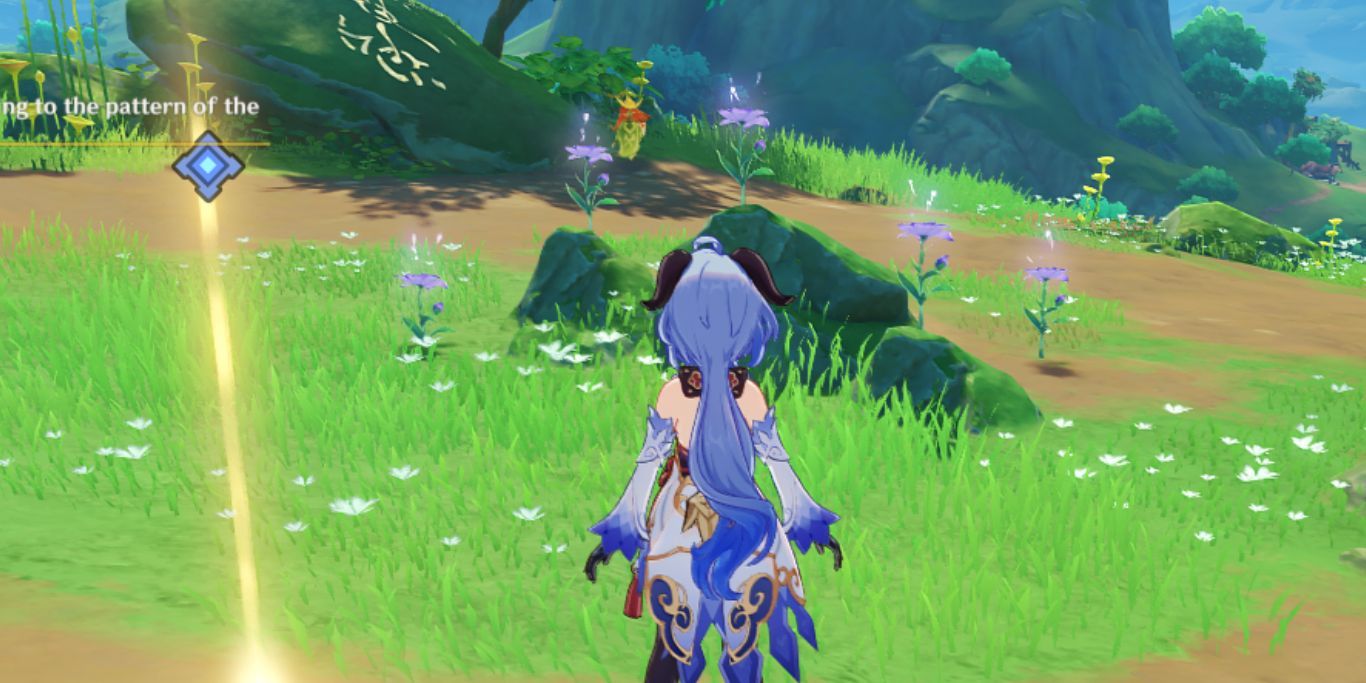 After selecting the quest, an area will be highlighted with a yellow circle on the map. Upon going to the location, you will meet Arama standing with an orange Aranara called Aradasa. If you've done the other parts, you'll see a familiar flower puzzle that requires perspective knowledge.

You will have to interact with the pattern on the grass first, but it's very confusing to understand that. To make it simple, simply head over to the place where the one shiny flower is at the far left in your perspective, and move around until all of them light up.

After completing the puzzle, a yellow beacon will spawn beside you where you can play the Lyre acquired in the first part of Aranyaka to learn a new rhythm. This will be your main rhythm during this puzzle, and it's impossible to complete the quest without it. 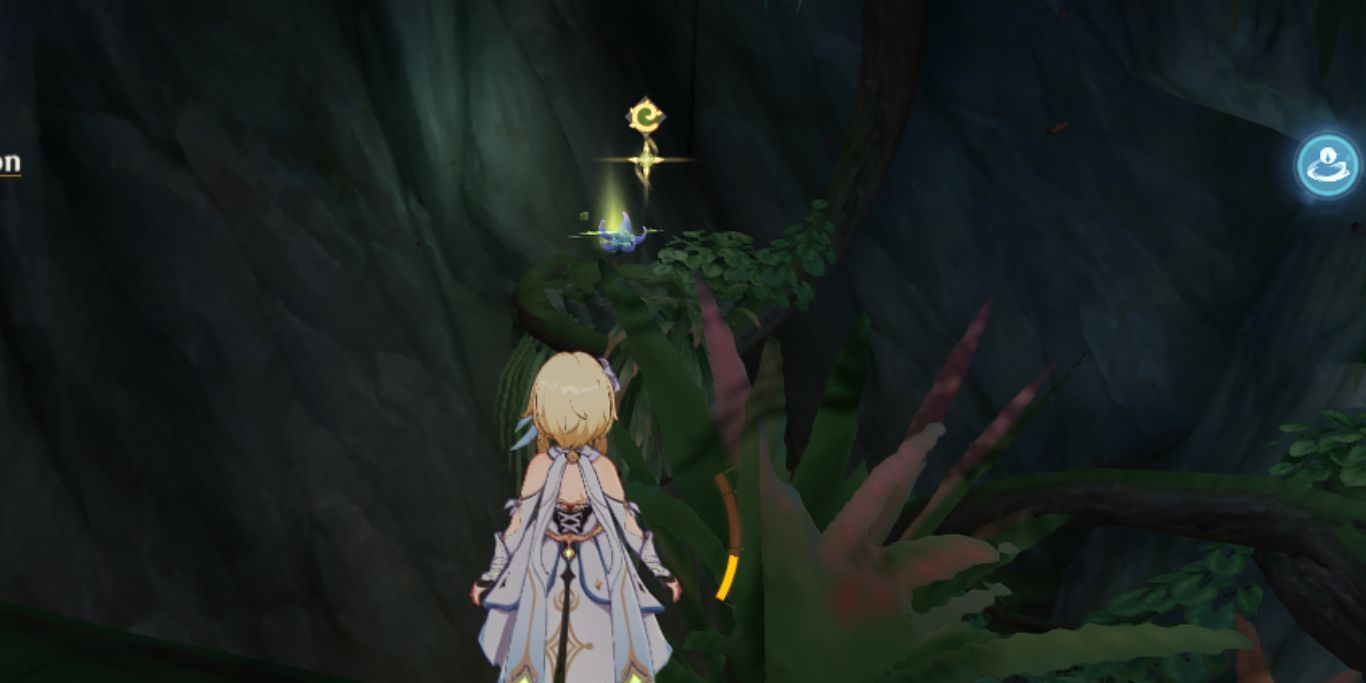 After getting the rhythm, a new yellow circle will appear on the map nearby. Follow the green trail which will lead you to a cave with a flower mechanism and a grapple on top of it, as shown above. Grapple to the flower and play your new tune to open a secret Withering area.

Clearing this can be a little more tricky than the normal Withering zones. Firstly defeat all the Ruin Machines plaguing the area, so you have an easier time solving the puzzle. It's also recommended to have a bow character during this entire quest.

You will find the Dendrograna while you're defeating the enemies. Use that to clear all the petals by using a charged shot from your bow and the Dendrograna. After you're done, use the grapples to get to the main tree and fall down in the ditch carefully. 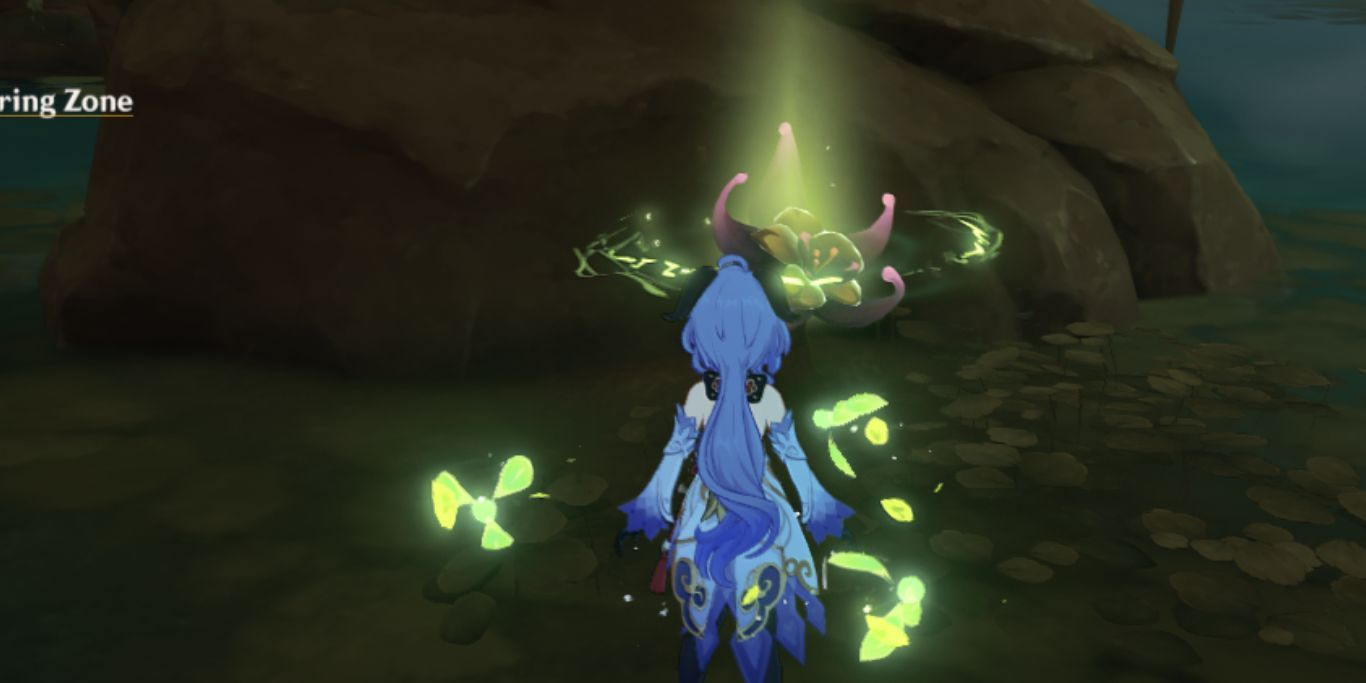 Another Dendrograna will be here, but nothing to use it on. You need to play the song near the flower beside a rock to reveal the final petal of Withering. Get rid of it and use grapples once again to get back to the tree, and you can remove the main tumor from the top.

After removing the Withering, a yellow aura will spawn beside the tree that you can use to enter the main domain in this quest. You'll be able to acquire the Vasoma Fruit after you beat this domain. As soon as you enter, you can play the tune once more near the flower on the left side. 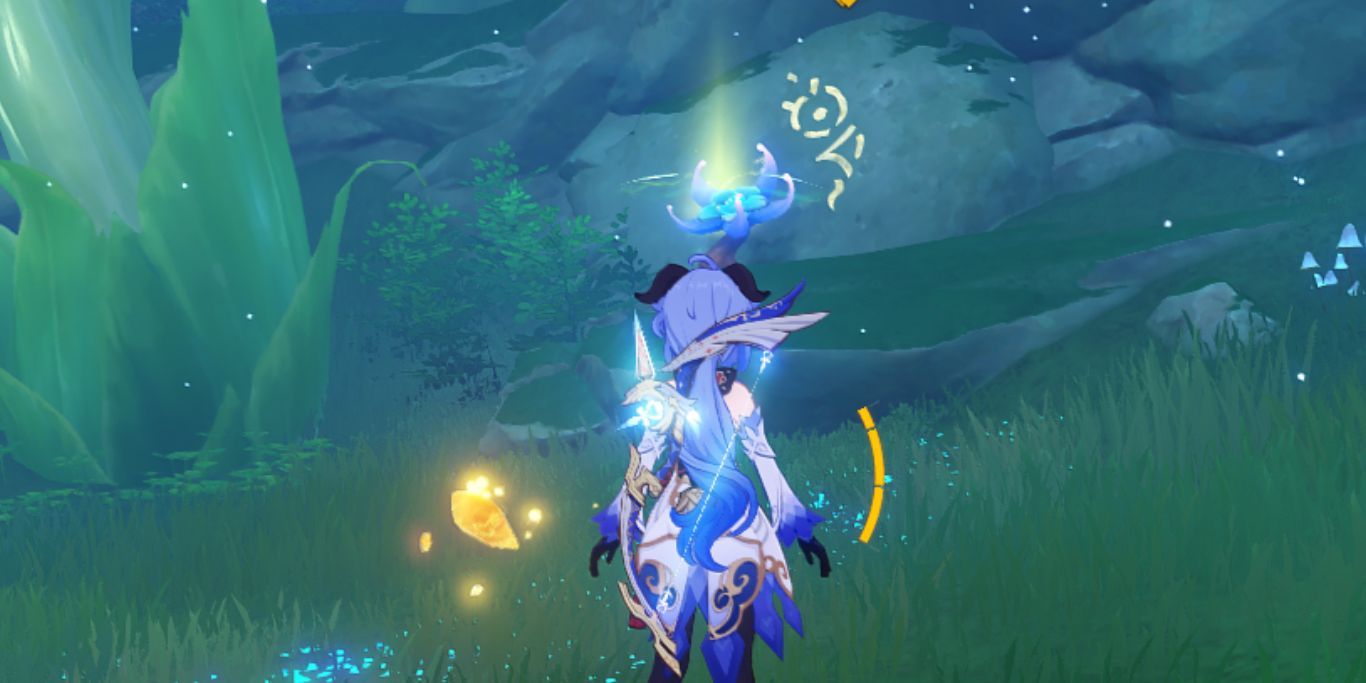 Go through the hole that appears after performing your Lyre, and you will be able to acquire the first shard after defeating a few Fungi. This will also unblock another doorway, leading you to the next puzzle of the domain.

Here, you'll spot another flower in the deep end of the room, as shown in the picture above. The sign on the long branch behind it matches the one on it, meaning that playing a tune in front of this flower will remove the branch, revealing a jumping mushroom to you. 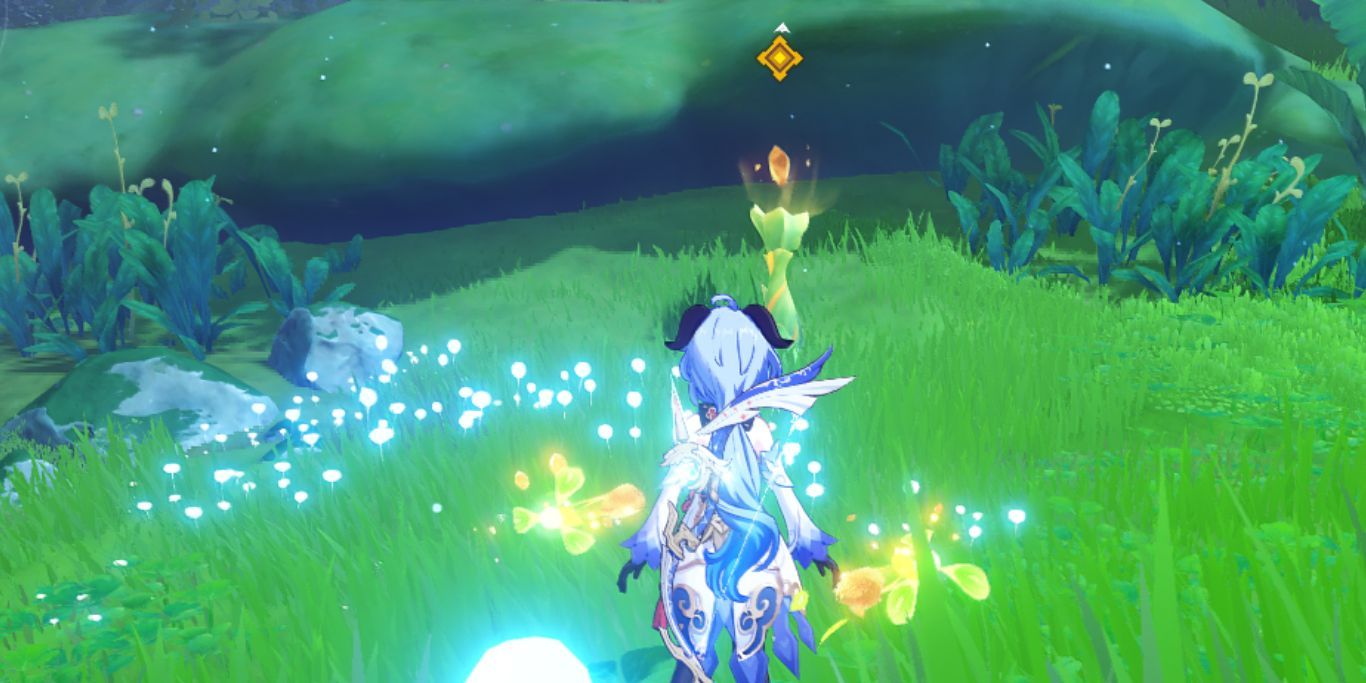 Use the mushroom to get through the hole at the top, and you'll be able to feast your eyes on three things on this floor:

After claiming everything, use the grapple to get to the final puzzle in this domain. You'll see a Dendrograna, a pedestal inside a shield, and a floating Dendro disk. There's a chance you already know what to do here. Simply hit the disk with a charged shot when you have Dendrograna around you.

This will spawn a few more disks on the branch going upwards, and it will also have a gree trail telling you the chronology you need to attack the disks in. Simply start from the one on the left and go up to the one on the right, unlocking the final shard. 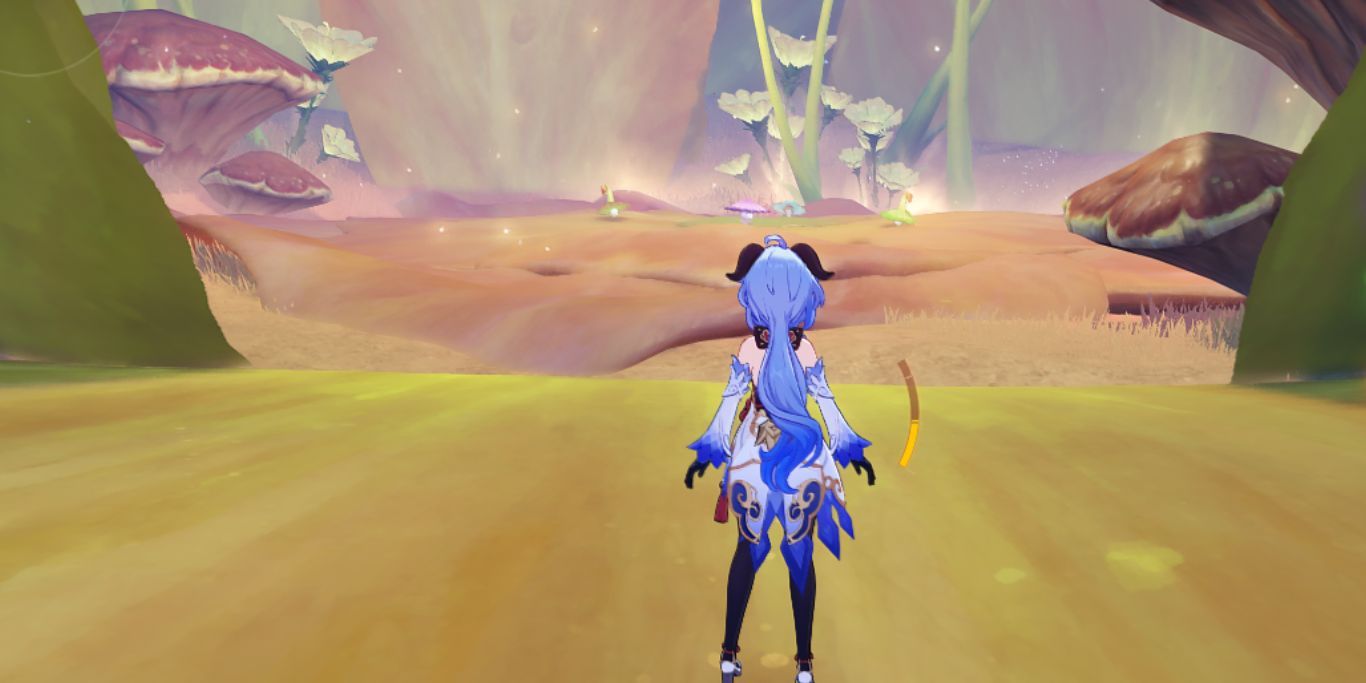 After acquiring the shard, another hole will appear in the middle of the room you were in. Make sure you don't jump all the way down in the hole, or you'll have to traverse back up. The door is on a level lower, and it can be seen from the hole itself.

Opening the door will lead you to the final boss room where you'll battle a ton of Fungi to clear the power of Marana in this domain/tree. This will spawn an exit for you, leading you back to the place you entered the domain. Here, you'll find the Vasoma Fruit floating as a green orb.

After acquiring it, you will have a small dialogue with Arama which will put an end to this quest.