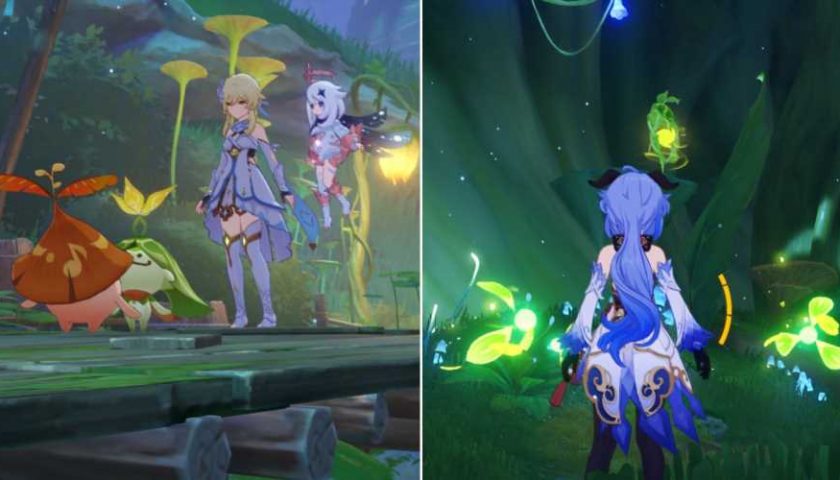 The Aranara world quests in the Sumeru Rainforest area are quite a nightmare to keep a track of, and they're all filled with puzzles that can have you scratching your head. The developers of Genshin Impact really decided to go all-out when they were making this huge connected quest line.

You can start the first part of the Aranyaka quest near Vimara Village where you'll meet Rana. Go through this quest until you meet Araji, and you can start The Rhythm that Nurtures the Sprout quest after that by meeting Arakavi. You will get the second Vasoma Fruit at the end of this quest.

How To Finish The Rhythm That Nurtures The Sprout Guide 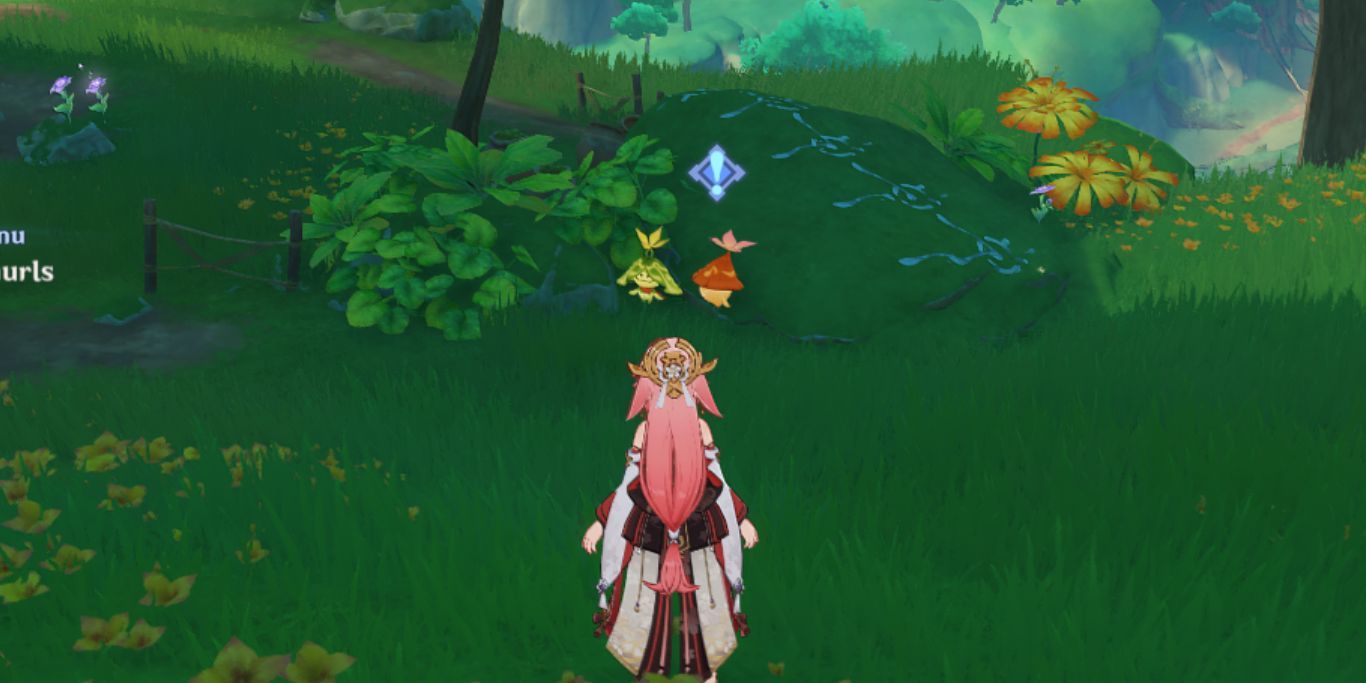 As soon as you select the second quest, a yellow circle will appear on the map that will lead you to Arama and Arasudraka. He'll tell you that the song he's looking for was left by Arahama, another Aranara. You'll also find out that an Ashvattha's Concourse is in the area.

To acquire the new rhythm, you have to interact with the pattern on the grass, and use it to find out the correct perspective for all the Sumeru Flowers to light up. This can be particularly tricky, and you have to stand in an accurate position for it to work.

This puzzle can be pretty confusing because the pattern doesn't give you a lot of information. It tells you where to start, but it's not intuitive. To solve the puzzle, simply head to the side where the shiny flower is on the far left side. 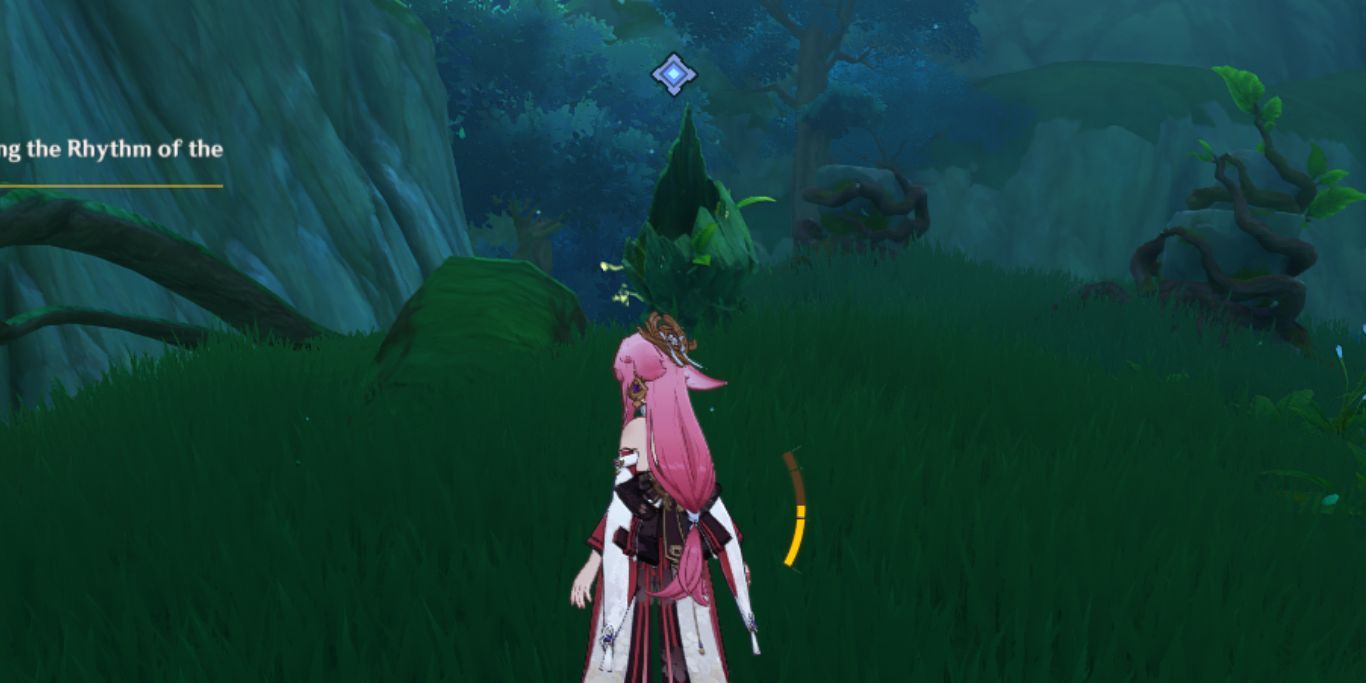 When you're in the right position, all the flowers will light up in a row and a yellow beacon will spawn beside you. Use the Liar you got from Aranyaka part one when you're standing inside the yellow aura, and you'll learn another rhythm that will help you a lot.

Next, another yellow circle will appear nearby, and you will see a green trail leading you to the next location. Once you're there, get close to the Dendrograna that isn't activated and play the song you just learned to activate it. Interact with the mechanism and shoot the Dendro disk floating in front of a blocked cave. 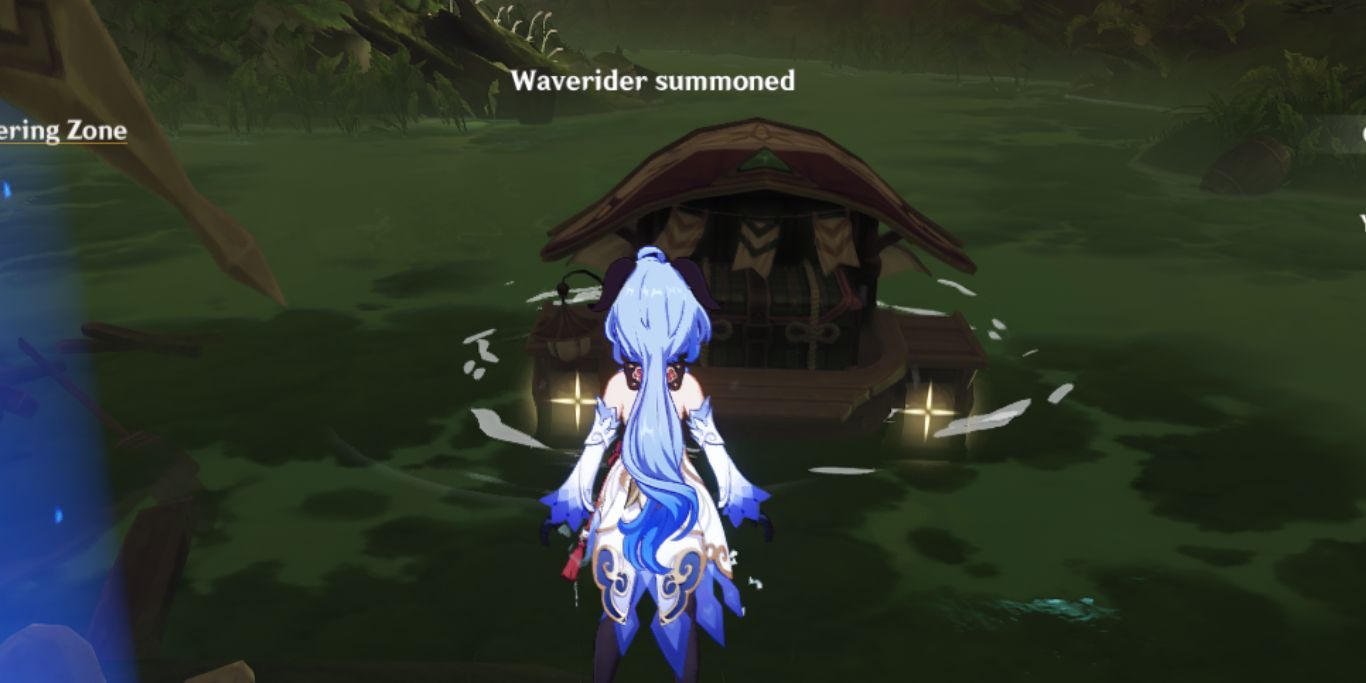 The cave will open, and you'll have to drop down a gloomy hole to reach the Withering Zone (Marana) of this quest. At the bottom, you will see the first Waverider spawn point that will help you a lot through the next part of this quest.

You can reach the next area without using the Waverider, but you will constantly get attacked by flowers on branches that will deal a lot of damage, as they increase your Withering effect. If you reach maximum Withering, all the members of your party die instantly.

Use the Waverider to get through the waters until you find a waterfall. Here, you'll have to ditch the first Waverider, but you'll find another spawn location right at the bottom. Finally, use the second Waverider to get to the main area where you'll be put to a test. 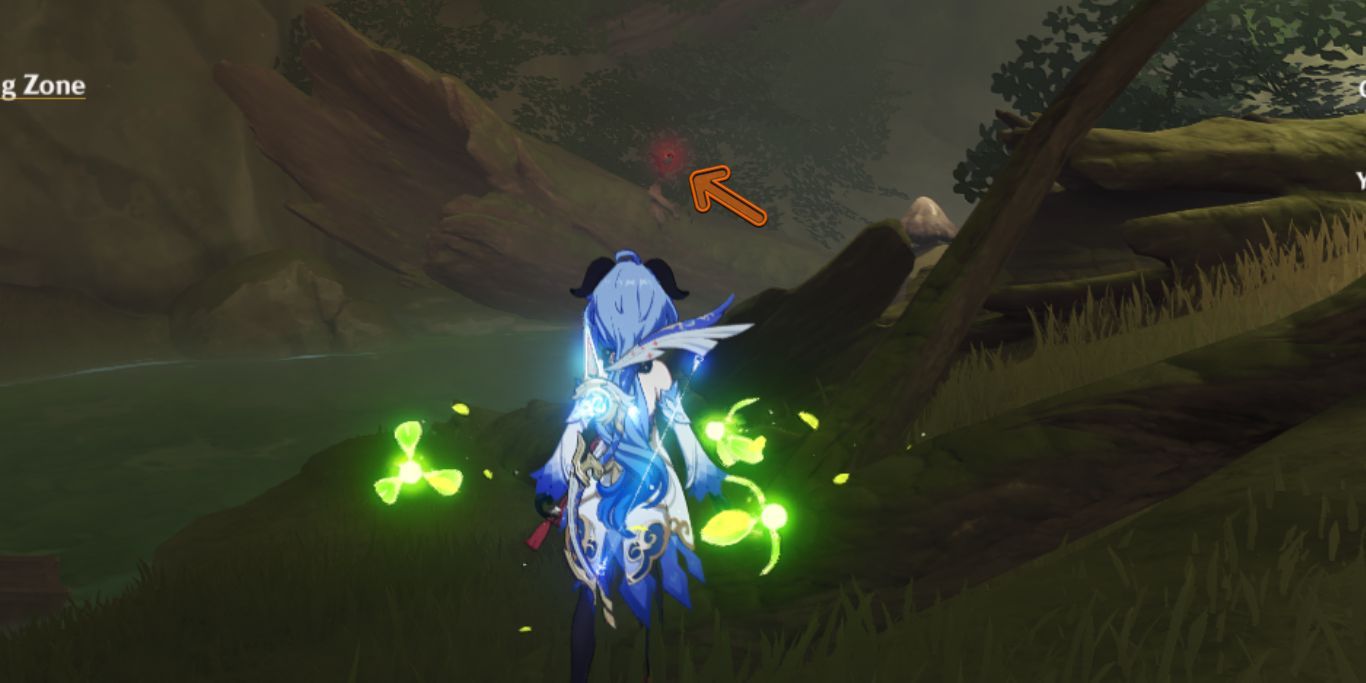 You have to be very careful when you get out of your Waverider in the main area. It's surrounded by flowers that attack you and deal a lot of damage. Once you're in the area, go all the way around in the Waverider and get out in the deeper part since there are no flowers there. Use the Dendrograna to clear the Withering. 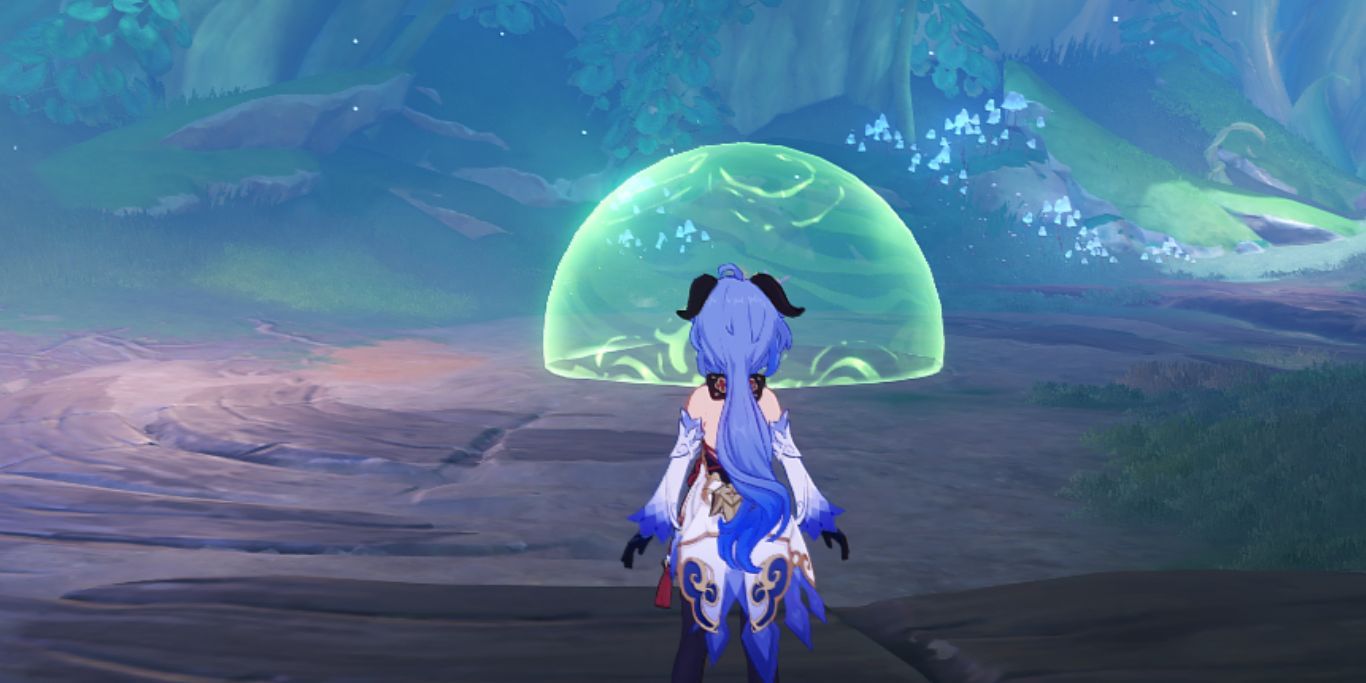 After clearing the area, you can head into the main domain of this quest by interacting with the yellow aura near the tree. Once inside, get close to the shield that is blocking a mechanism to spawn a bunch of small Fungi. Defeat these and activate the mechanism to open the circular doorway in front.

Head through the door, and you will find the main puzzle of the domain. There will be two Dendrograna in your pathway, and only one of them will be activated. Use the rhythm to activate the one in front and spawn a fresh Dendrograna inside it. 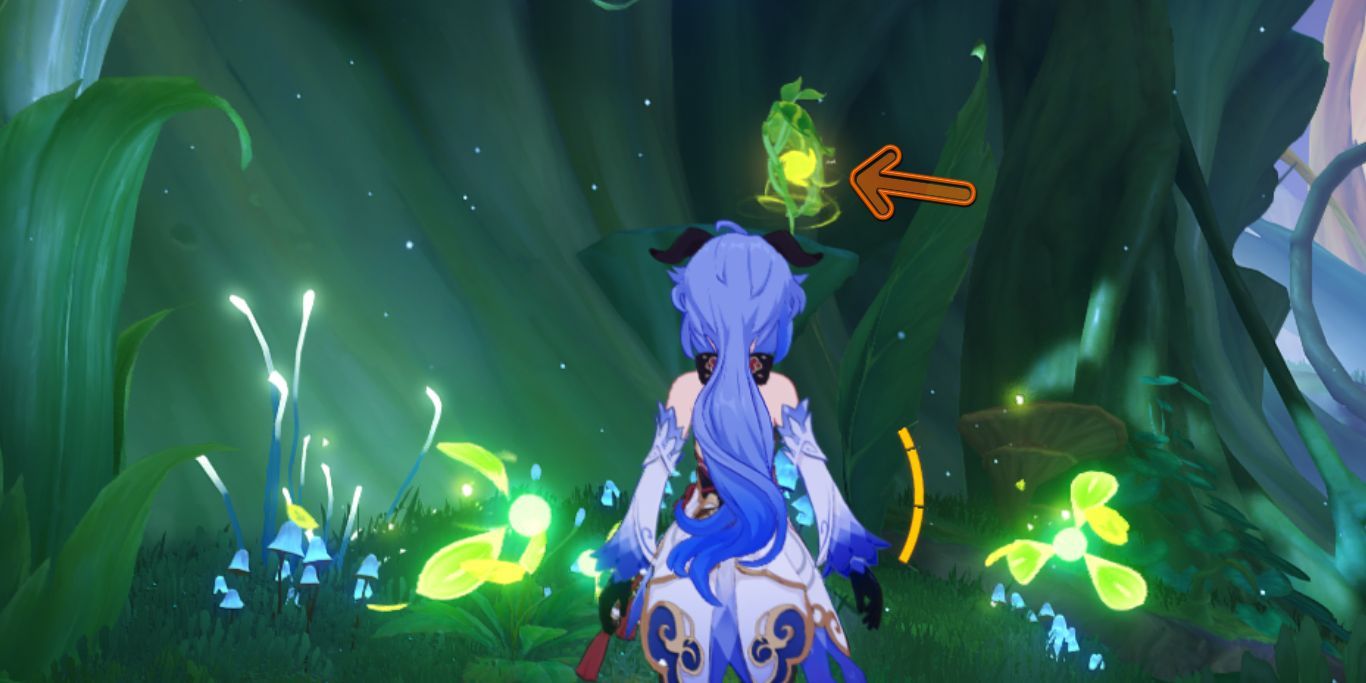 Near the first Dendrograna, you'll see a floating disk up on the left side. Use it to shoot at the disk with a bow shot. After it gets hit with the Dendrograna, another disk will spawn at a distance until the final one spawns above the shield. Next, you have to use the fresh Dendrograna to remove the three disks that spawn.

You only get one petal from the fresh Dendrograna around you, so you have to wait for it to come back two times to get all the disks. Once you're done, the shield will go away, and you can use the platform to get into the final room.

Once you're in the boss room, head in the middle to spawn loads of Fungi. You have to defeat all of them, including some big ones, to spawn the exit where you can get the Vasoma Fruit. These Fungi also get activated if you apply Electro or Pyro to them, just like the normal ones.

When you head through the exit, you will come back to the tree where you started, except there will be a green floating orb-looking thing that will be the Vasoma Fruit. Upon claiming this, you will have a little chat with Arama, finishing The Rhythm that Nurtures the Sprout quest.