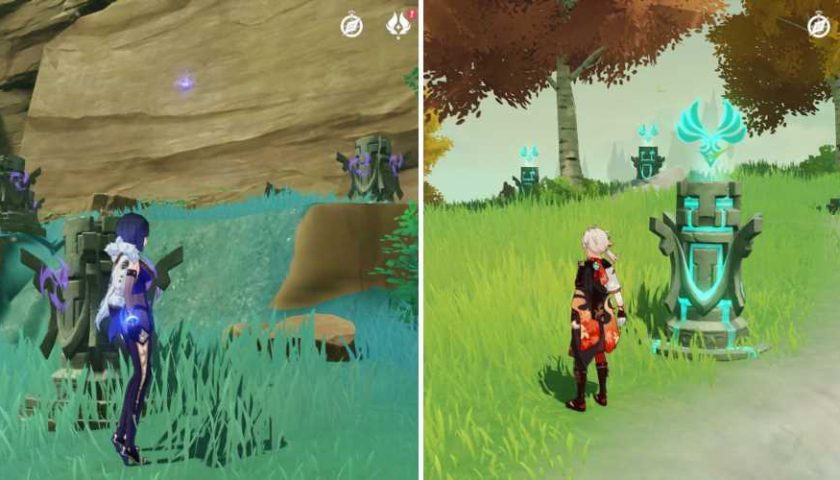 The time-limited Summer Islands have been released in Genshin Impact and they have a ton of secrets within. Version 2.8 brought along a brand-new Summer Odyssey quest where you face multiple mirages for Kazuha, Xinyan, Fischl, and Mona and dive deep into their past to know more about these beloved characters.

Once you beat a particular mirage, the island it's on gets converted in some way, revealing a lot of chests and new exploration points. The first mirage you face belongs to Kazuha, and it takes you to Pudding Isle. Upon finishing this quest, you will get your hands on a mini-quest to solve a few monument puzzles.

How To Solve All The Monument Puzzles 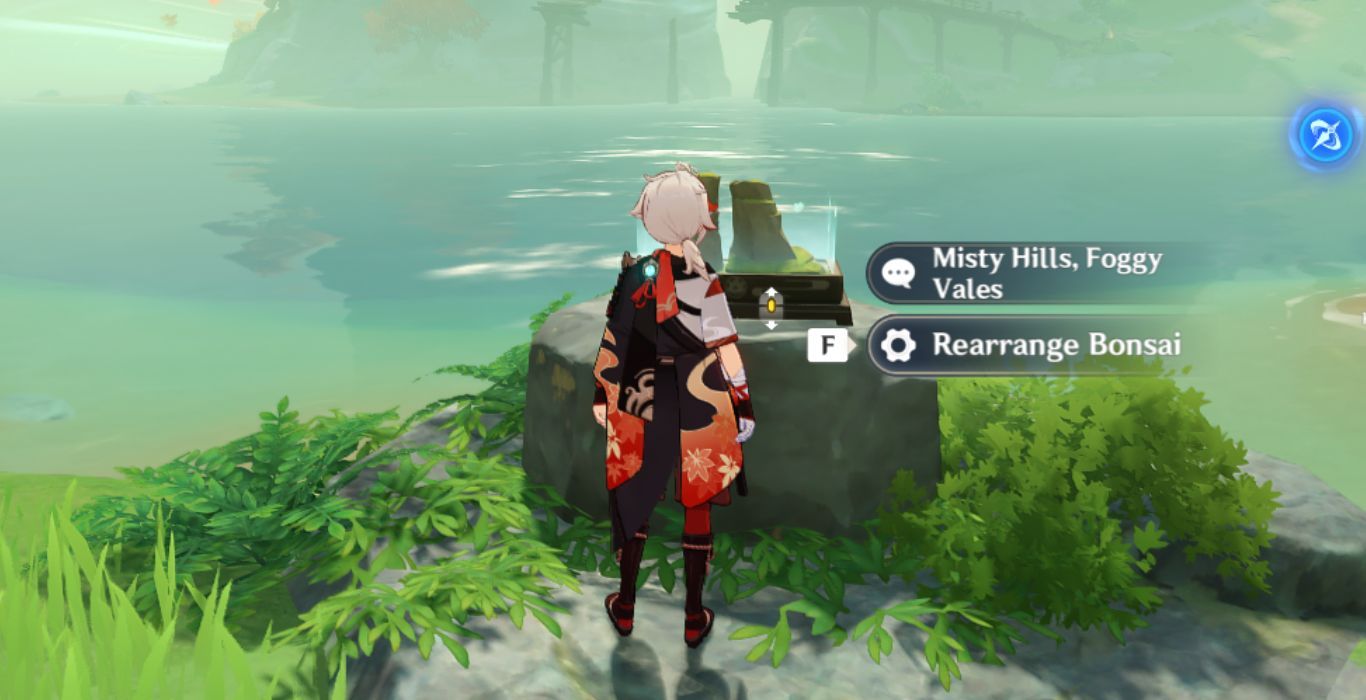 After you've finished the As The Courtyard In Spring Once Appeared quest, you unlock a new option on the Bonsai near Pudding Isle which you used to enter Kazuha's mirage. Using the Rearrange Bonsai option, you can change the setup of the two mountains on the Isle. 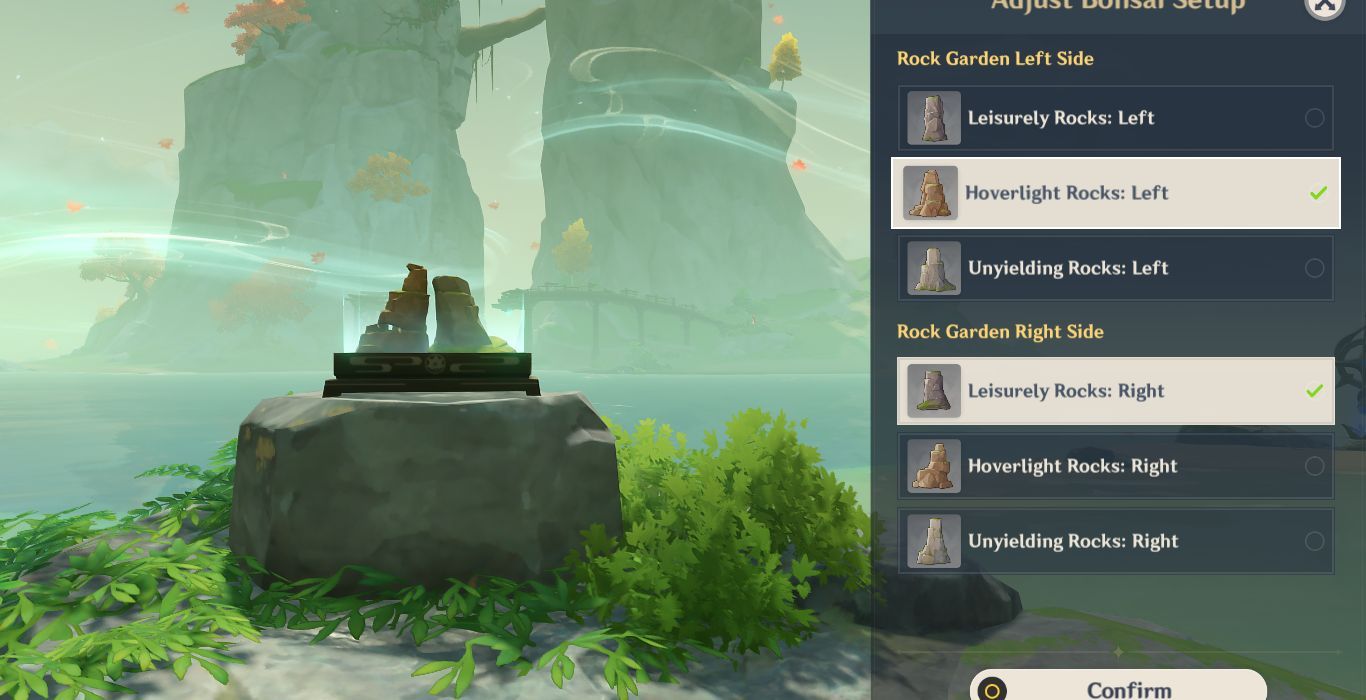 Firstly, to start the puzzle and find the initial monuments, interact with the Bonsai and put the Hoverlight Rocks on the left side and Leisurely Rocks on the right side. Once you've done that, wait for the setup to change and then teleport to the Teleport Waypoint at the top of the mountain. 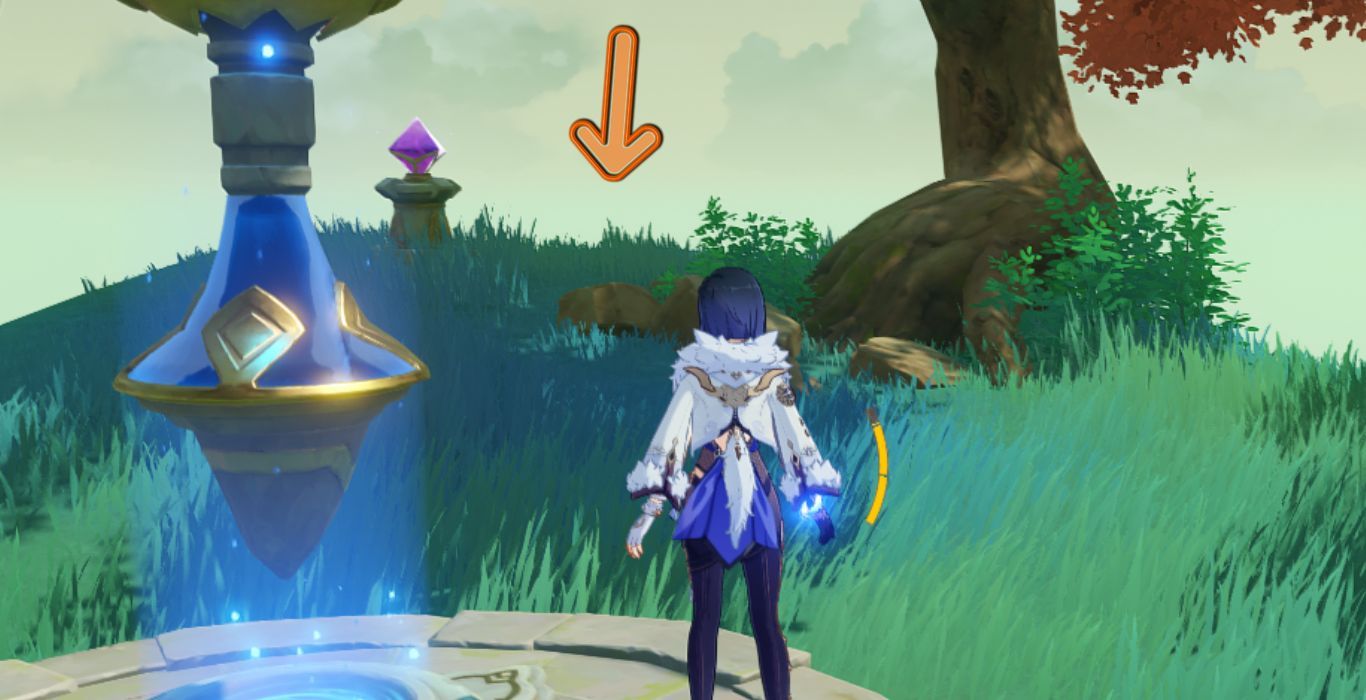 Here, you'll see a bunch of Anemo Monuments that are blocked. To fix this, head directly downwards from the northeastern side of the Isle, which is basically behind the teleporter right beside the Relay Puzzle mechanism.

As you're going down, you will notice some Electro Monuments with an Electro Seelie beside them. 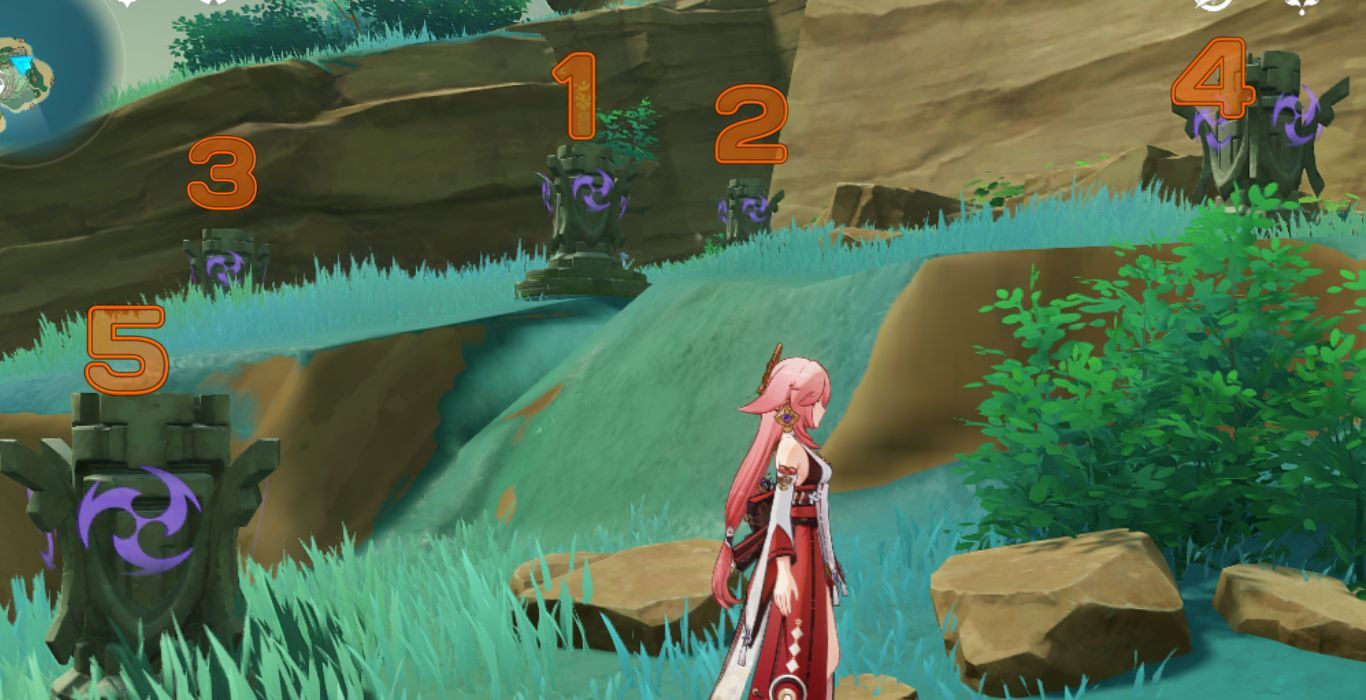 To find the order in which you have to activate these monuments, you need to look at the pattern Electro Seelie is making on the wall and follow it. Alternatively, you can simply use the picture above and light up the monuments chronologically. 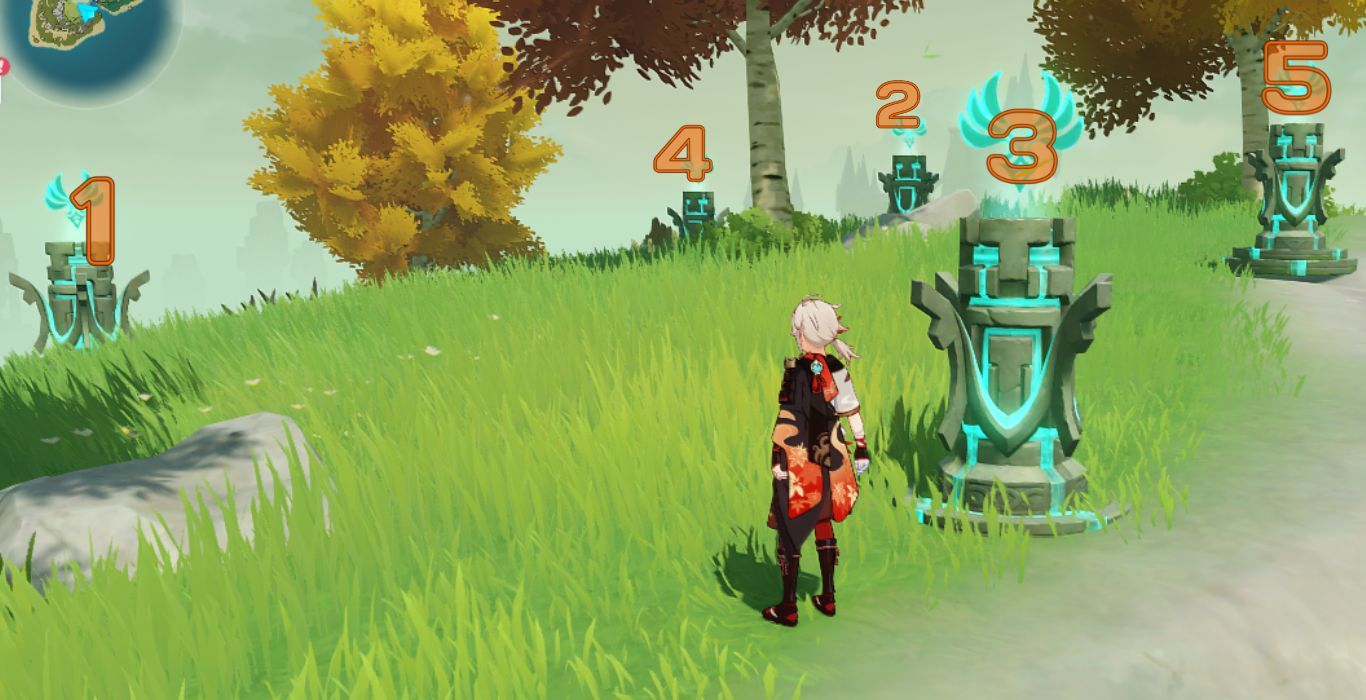 Once you're done with this and a chest has appeared, the pattern Electro Seelie is making will change. Memorize the new pattern and teleport back to the Waypoint at the top of the Isle.

Here, you need to use the new pattern to light up the Anemo Monuments and solve this puzzle. 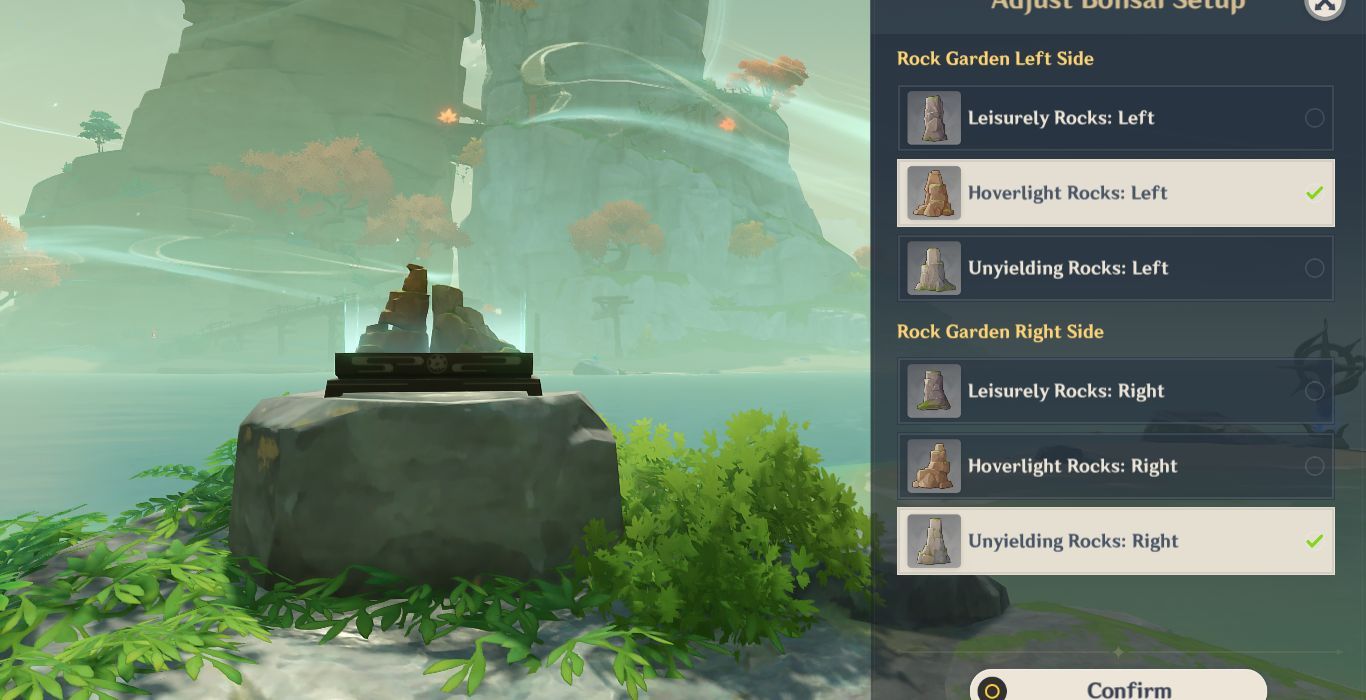 Finally, to get to the third puzzle, teleport back to the Bonsai down below. You will need to change the formation of the right rocks.

Interact with the Bonsai and select Unyielding Rocks on the right side before teleporting back to the top. Now, you will see some Geo monuments instead of the Anemo ones. 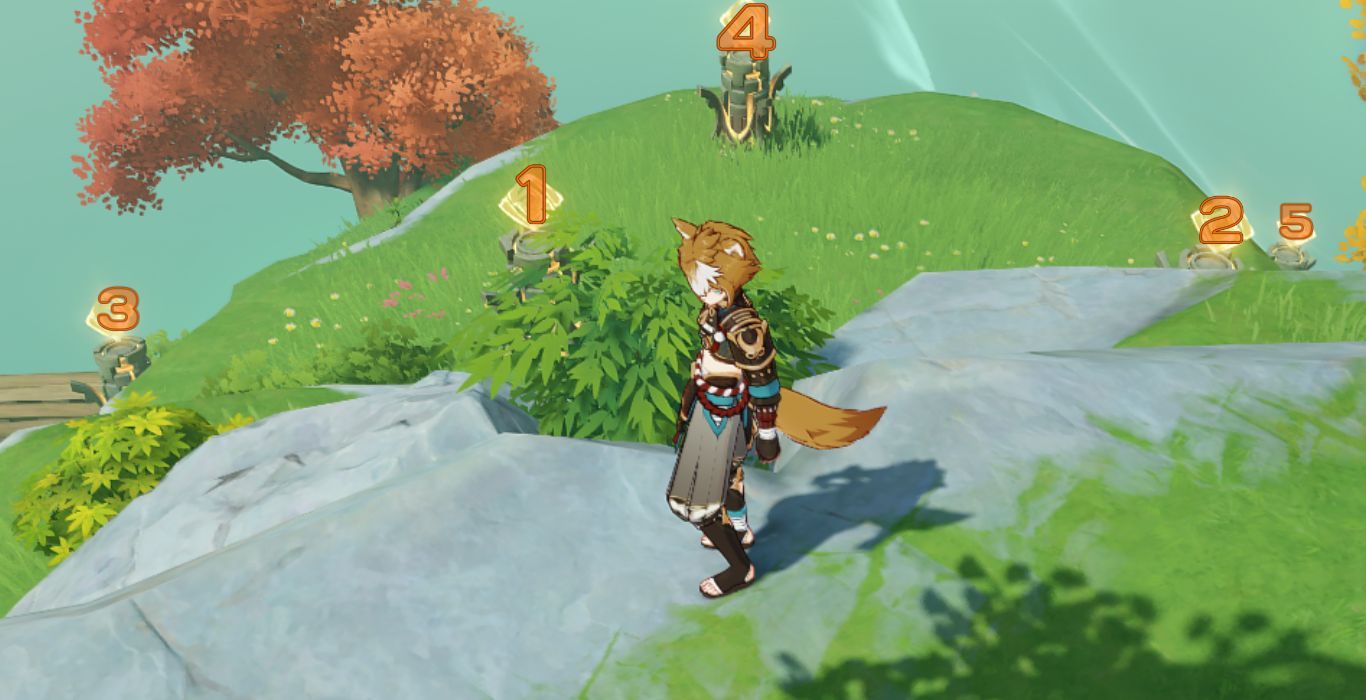 To solve this, head back to the Seelie near the Electro Monuments and memorize its pattern to use it here.

Once you've finished all three monument puzzles, Paimon will ask you to go and check on the Seelie again. 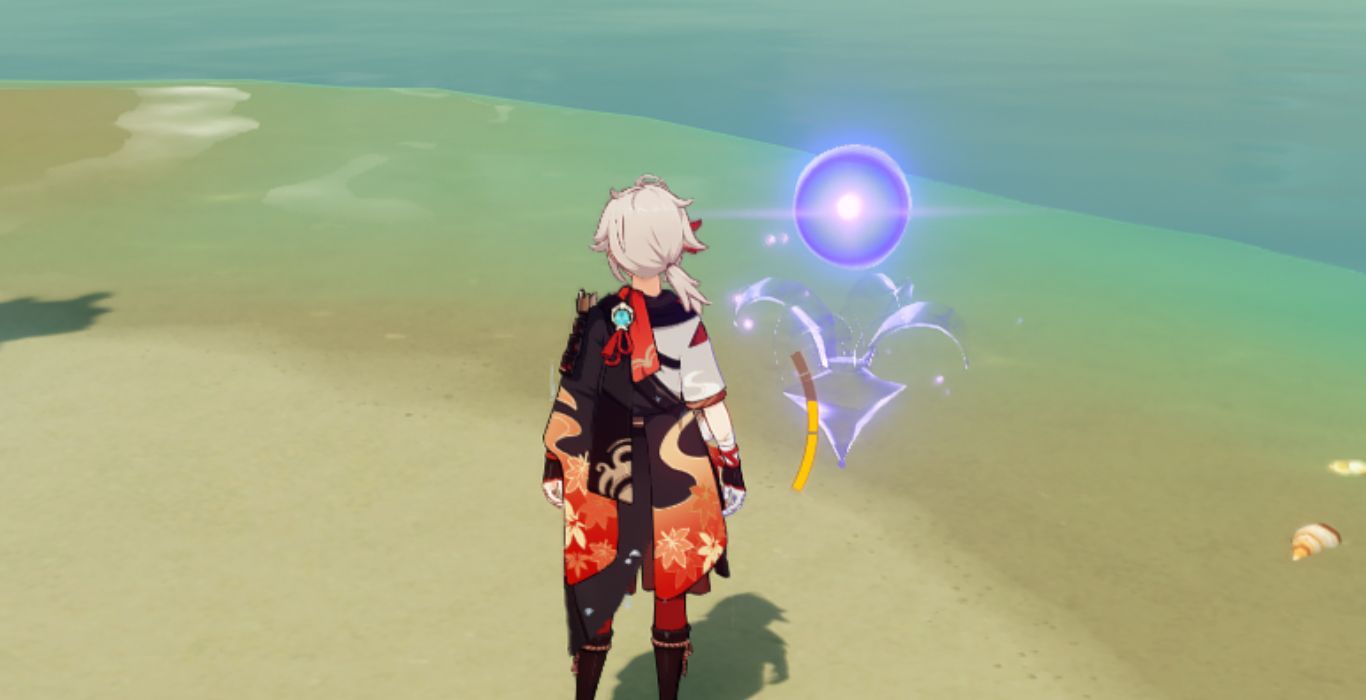 Now, you can get close to the Seelie and follow it just like you would with any other Electro Seelie. After a few stops, it will lead you to the little island with Bonsai on it, and give you a Precious Chest at the end of this entire puzzle.