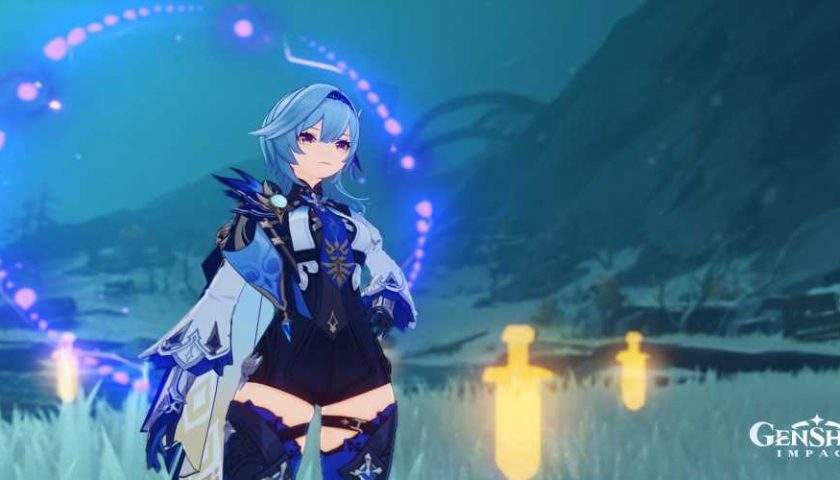 Although she has been playable in Genshin Impact for a while now, Eula Lawrence remains one of the game’s premier DPS characters. Eula has also been involved in several storylines and events since her release, meaning that most players have had the chance to warm up to her icy cold heart and her penchant for 'vengeance.'

Unlike most characters and compositions in Genshin Impact that rely on frequent, powerful Elemental Reactions to deal damage, Eula seldom utilizes Reactions and instead relies on raw Physical DMG. This means that she fills a unique niche among the game’s resident powerhouses, but it also means that getting the most out of her kit can be somewhat tricky. Here are some tips to power up your team’s Spindrift Knight and help her exact revenge upon all who cross her. 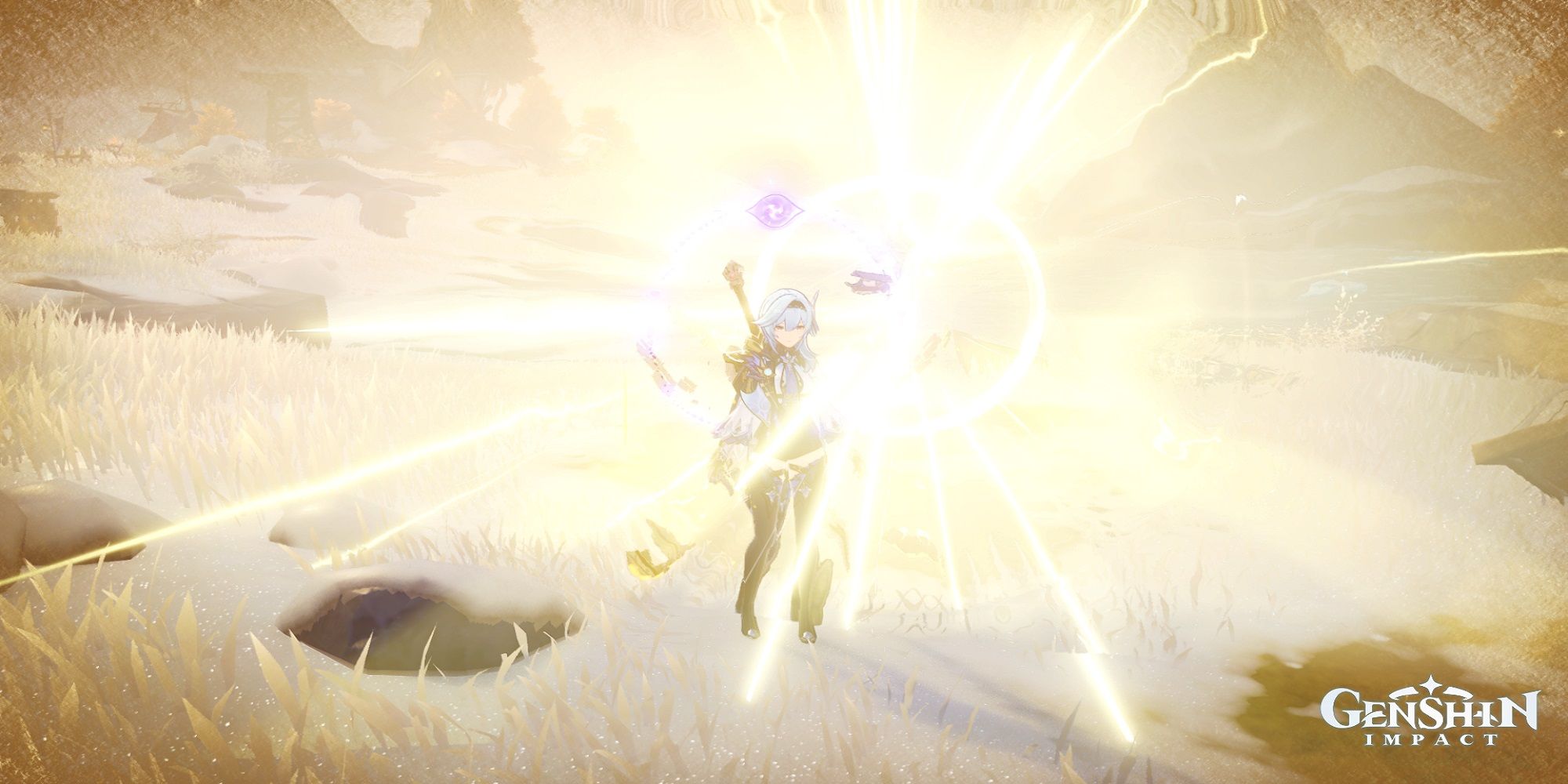 Upon activation of her Elemental Burst, Eula will release an icy slash and then create a floating Lightfall Sword next to her. Dealing damage with her other attacks will then charge up the Lightfall Sword, which will explode after seven seconds and deal a massive explosion of damage relative to how many stacks you were able to charge up.

This ability is one of the strongest single instances of damage in the game and is a fundamental component of Eula’s damage potential. However, great power comes with a few conditions. First, you must remember that her Burst is backloaded; most of its damage comes at the end, which can be troublesome to align with an enemy’s vulnerability period. Eula’s Burst also emanates from her in a small AOE that will usually hit multiple enemies but can also miss them entirely. Between the timing and the range, Eula’s Burst can be difficult to hit, but the payoff is tremendous if executed properly. 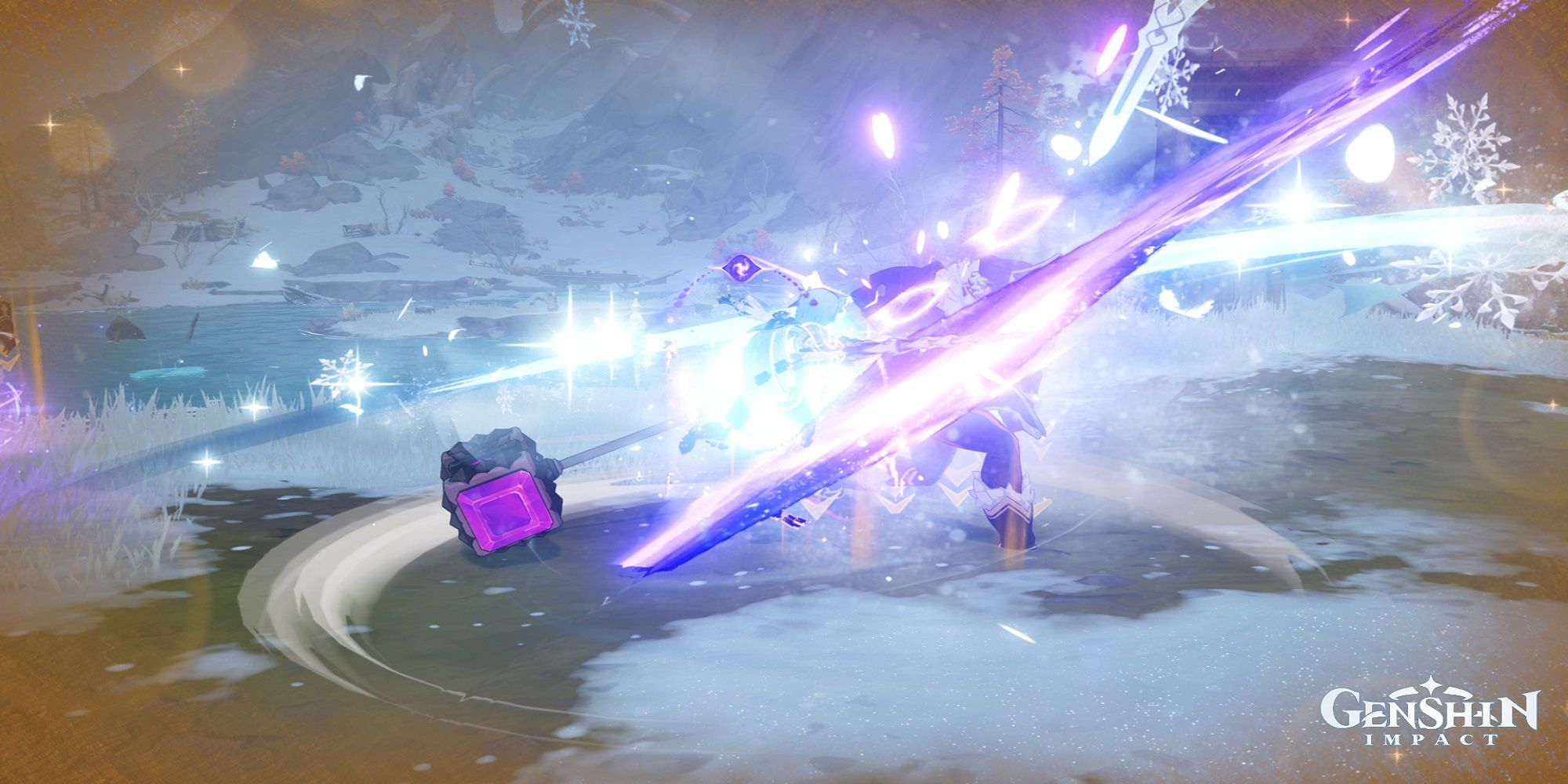 Although Eula is generally a poor driver of Elemental Reactions, she has just enough Cryo DMG in her kit to proc Superconduct, which you should utilize extensively. When Eula’s Cryo DMG interacts with a source of Electro, it will generate a Superconduct reaction, which reduces affected enemies’ Physical RES by 40 percent for 12 seconds. Since basically all of Eula’s meaningful damage is Physical, this reaction greatly strengthens Eula’s ability to punish her foes.

Raiden Shogun, Beidou, Fischl, and Yae Miko are the recommended characters you can pair with Eula in order to enable Superconduct Reactions. Each has slightly different strengths (Raiden Shogun helps recharge Eula’s Burst, Beidou chains damage between enemies, Fischl hits hard in single-target scenarios, and Yae Miko possesses an especially potent Burst of her own), but all of them let Eula activate Superconduct easily and consistently. 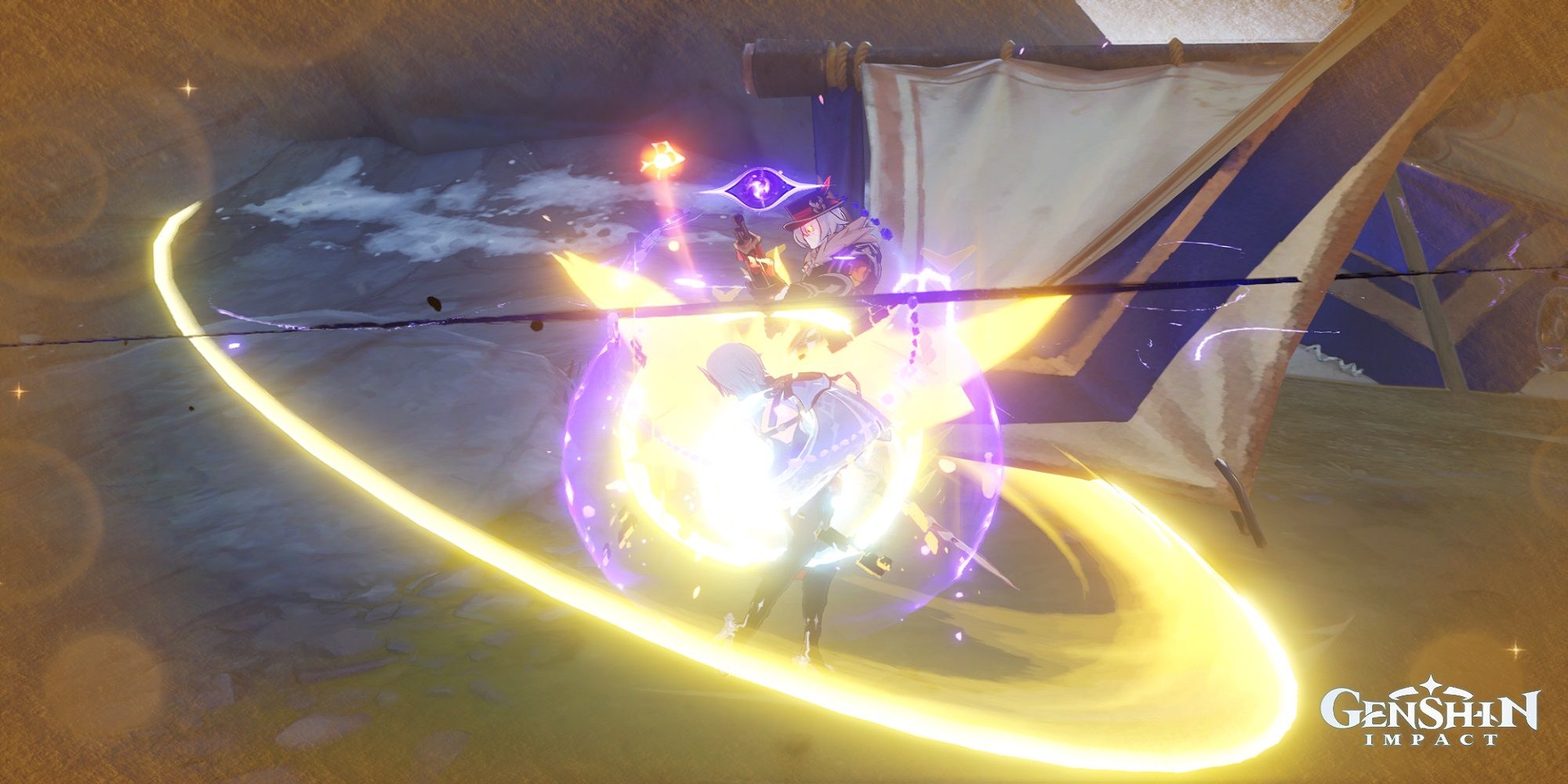 This combo can be adjusted on the fly, but remember that your Burst resets the cooldown of your Skill, which allows you to use it multiple times in quick succession. Also, her fifth Normal Attack is rather slow and thus left out of the combo — you can cancel its animation by sprinting or using her Skill.

Roll The Dice On Crit DMG 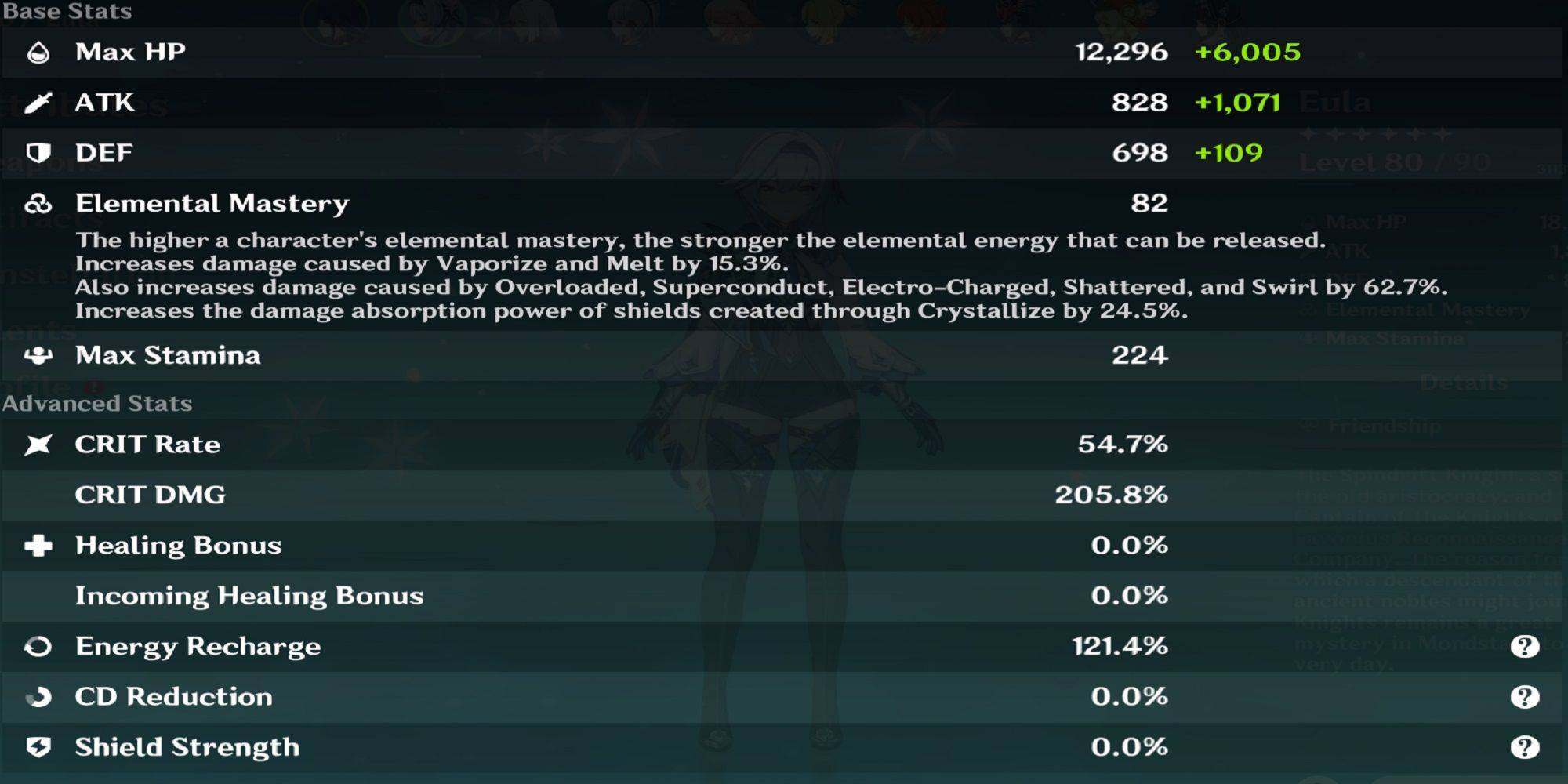 Genshin Impact’s main DPS characters all have one thing in common: the eternal search for those sweet, juicy Crit Stats. Most characters seek Crit Rate and Crit DMG in a 1:2 ratio, with both values being as high as possible.

In general, Eula follows these guidelines as well. If you’re a gambler, though, consider leaning heavily into her Crit DMG stat. Running extremely low Crit Rate and excessively high Crit DMG isn’t a consistent strategy, but the goal here is to blow a crater in the middle of Teyvat, not “be consistent” or whatever that means. Jokes aside, this strategy is actually viable in places like the Spiral Abyss where enemies are incredibly tanky, and you can simply reset the chamber if Eula’s Burst doesn’t crit.

Get Yourself A Cryo Companion 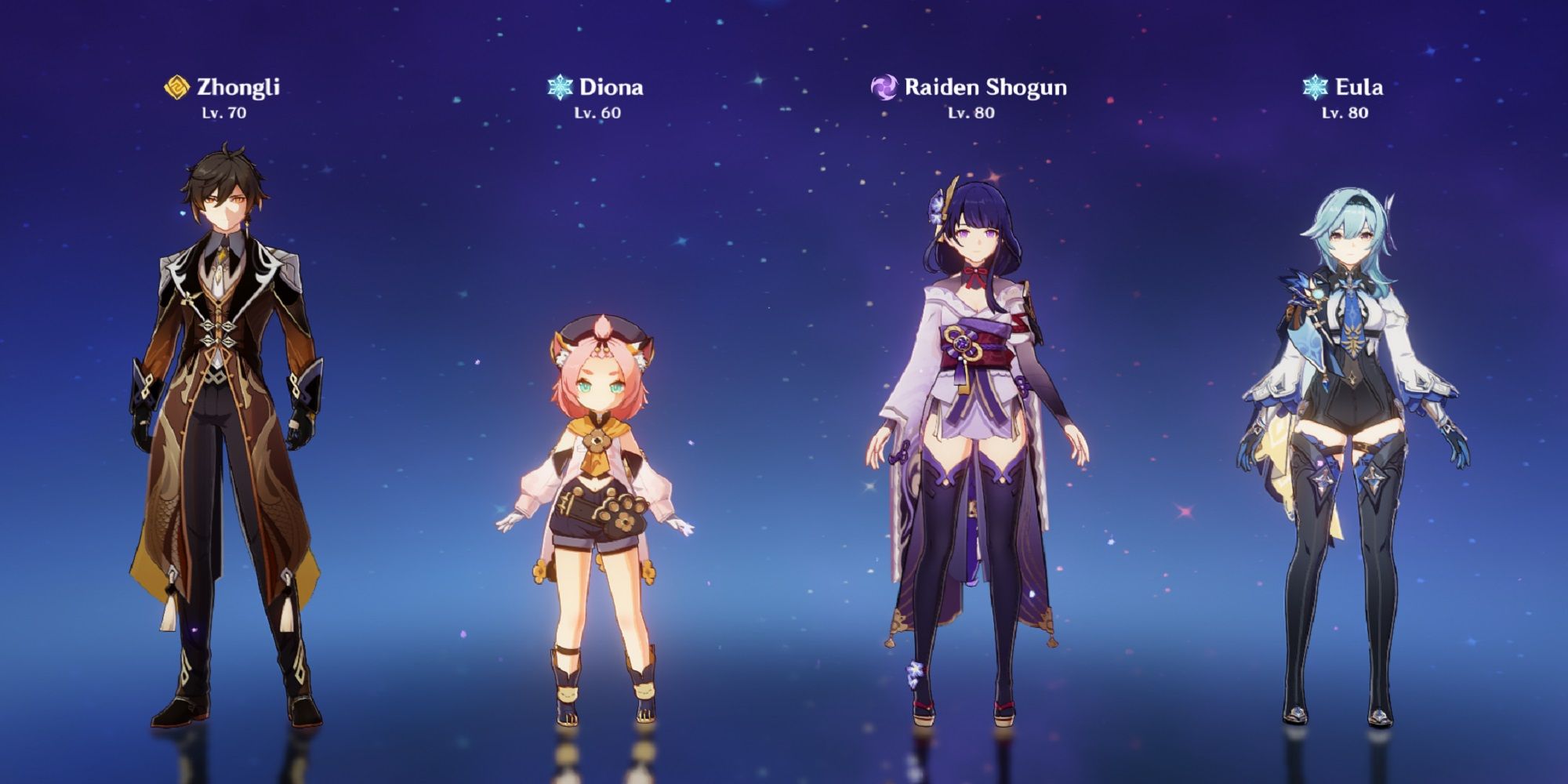 Since Eula has an 80-cost Burst and very few Cryo sources of her own to charge it, running Eula alongside another Cryo character, or Cryo “battery,” can be useful. Diona is the first character that comes to mind for this position since she can heal and shield as well, but Rosaria and Kaeya are solid substitutions.

To successfully “battery” Eula, all you have to do is switch to her quickly after using your other Cryo character’s abilities. For example, you can use Diona’s Skill and then quickly swap to Eula, which will give Diona’s Cryo Particles to Eula instead. This process is usually necessary for granting Eula frequent access to her Burst, and as a bonus, your team will gain Cryo Resonance for increased Crit Rate against Cryo-affected enemies.