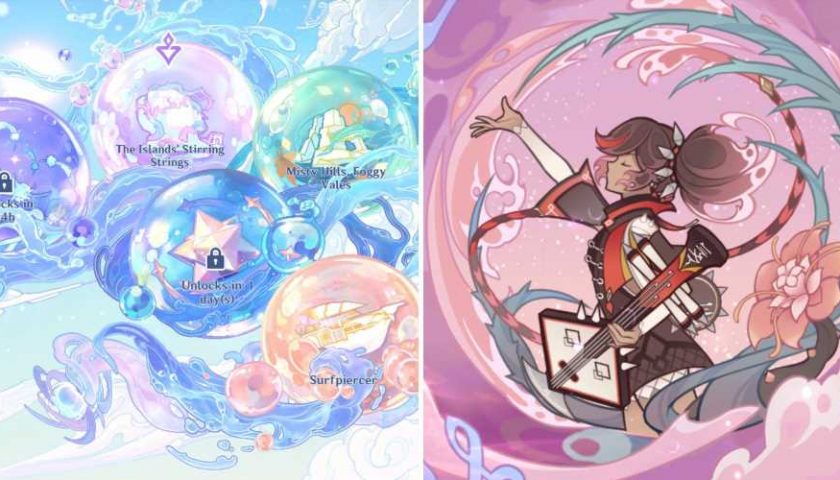 It looks like Hoyoverse has put in a lot of effort in this year's Summer Event in Genshin Impact called the Summertime Odyssey. The third part of the event has been released, and it brought along a new adventure, a new main quest, and a new mini-event known as 'The Islands' Stirring Trouble'.

To unlock this event, you will first need to finish the "Blazin' Trails" quest, which is the third part of the Summer Odyssey quest line. This time around, you will investigate Xinyan's mirage and dive deep into the secrets and past incidents in her memory.

How To Beat The Islands' Stirring Strings 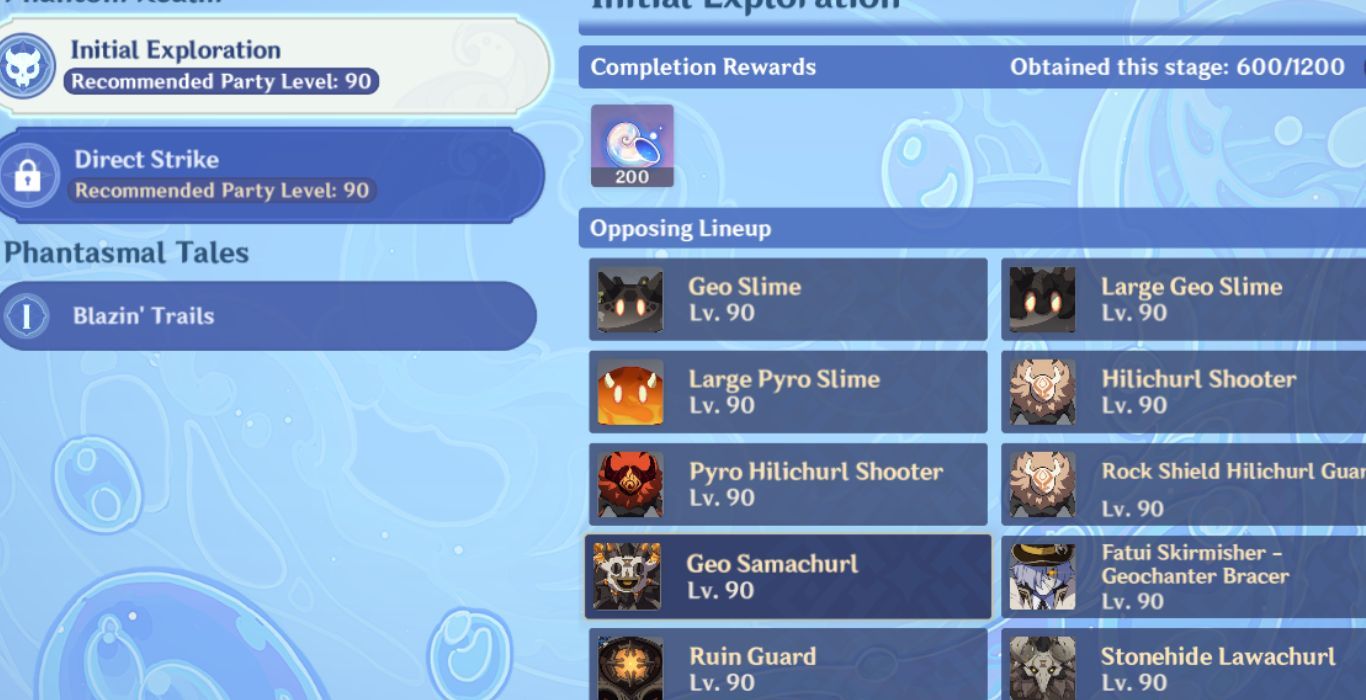 Once you've finished the required quest, you can head over to the Events Tab at the top of your screen to find the Islands' Stirring Strings event. Click on the Summertime Odyssey event and open Event Details. Here, you'll see a new bubble unlocked for the third event at the top right.

On this screen, click on Go To Challenge at the bottom-right, and you'll be directed to the place you need to teleport on the map. After teleporting, find the Drum engulfed in tree branches and get close to it to reveal the option for starting the event. You can also change the mountain style from this device. 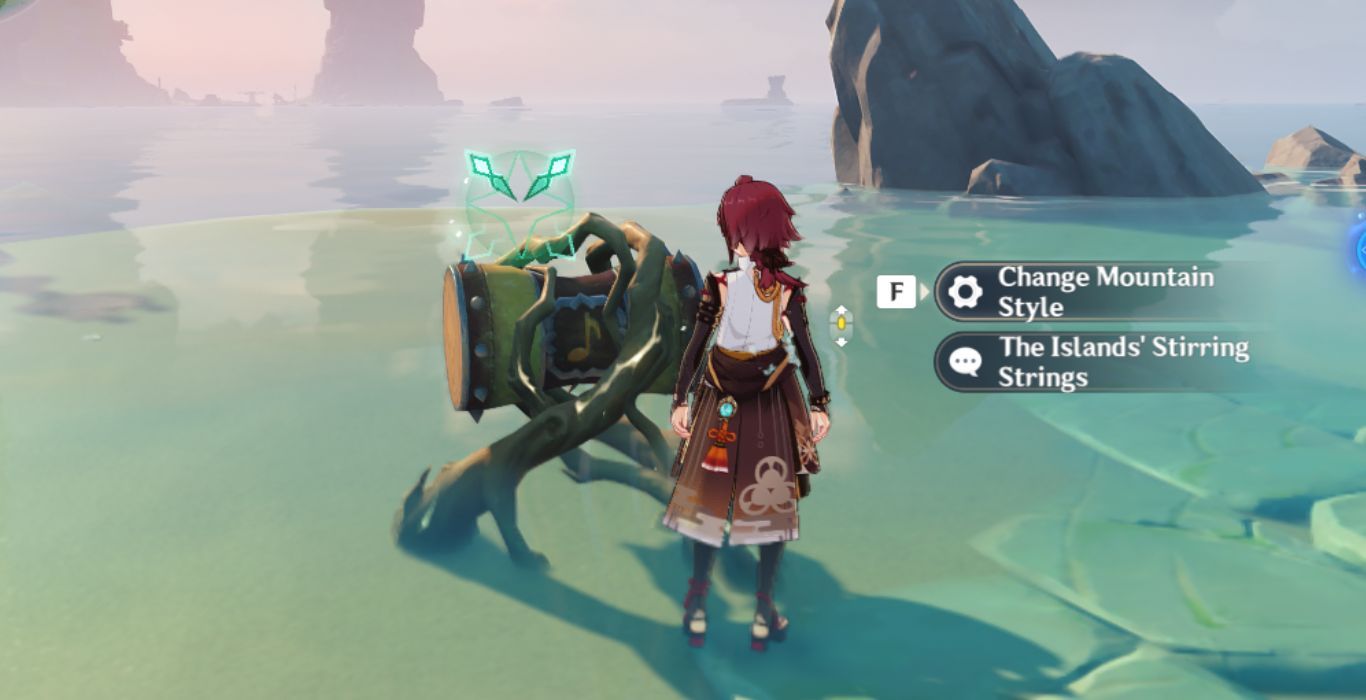 After clicking on the event option, you will be taken to the main screen of Islands' Stirring Strings event. Phantom Realm is the part that you need to clear to beat the event, and Phantasmal Tales takes you back to the domain featured in the quest where you can get the undiscovered chests and conch.

First, you have to clear the Initial Exploration. Click on it, and you'll see the monster lineup that you'll be facing inside the domain. It is recommended to use a team that synergizes well together while being good against the enemies you'll face. In this case, it'd be best to use a Pyro and a Geo/Claymore character. 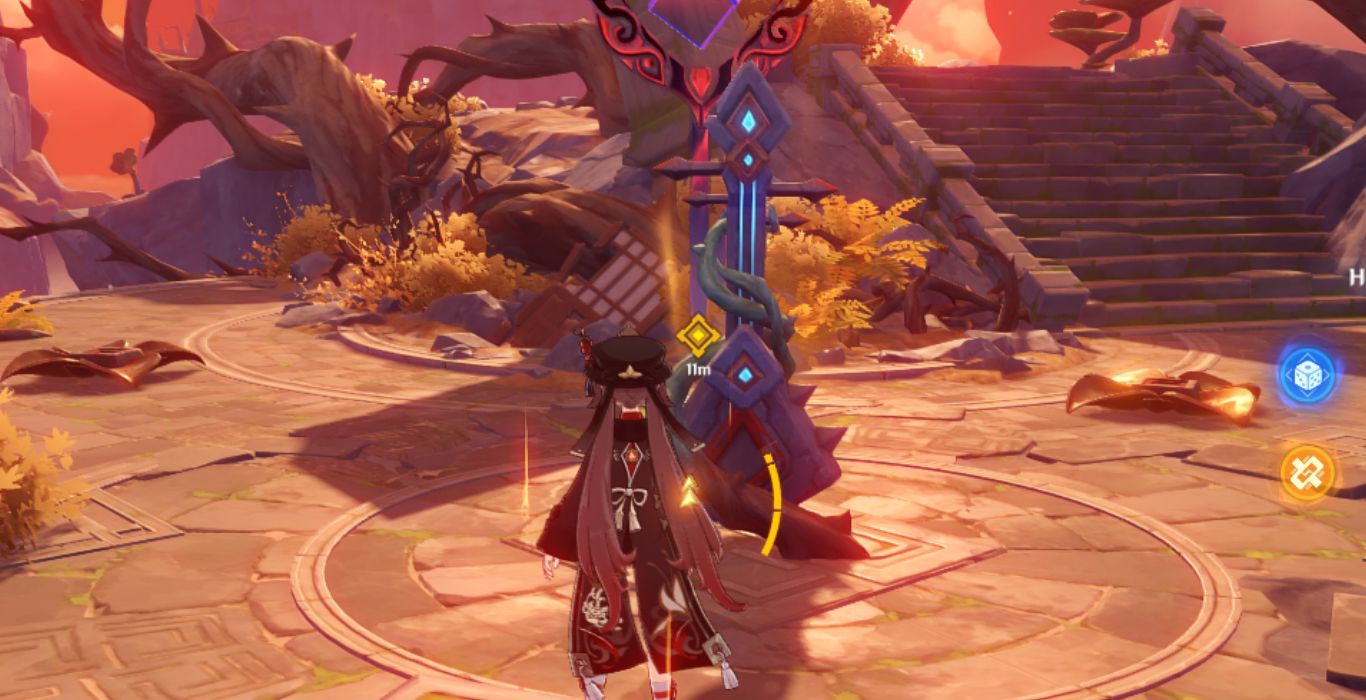 When you enter the domain, you will get a new ability that will use the guitar-like mechanism in the middle to activate the surrounding flowers on the ground. These flowers will start emitting a wind current that you can use to perform constant plunging attacks. The plunging attacks caused using this will send out a shockwave, damaging the surrounding enemies.

After defeating all the enemies on the first platform, keep following the yellow marker to get to the next fighting platform. You will have to interact with some other guitar mechanisms to unlock a path. 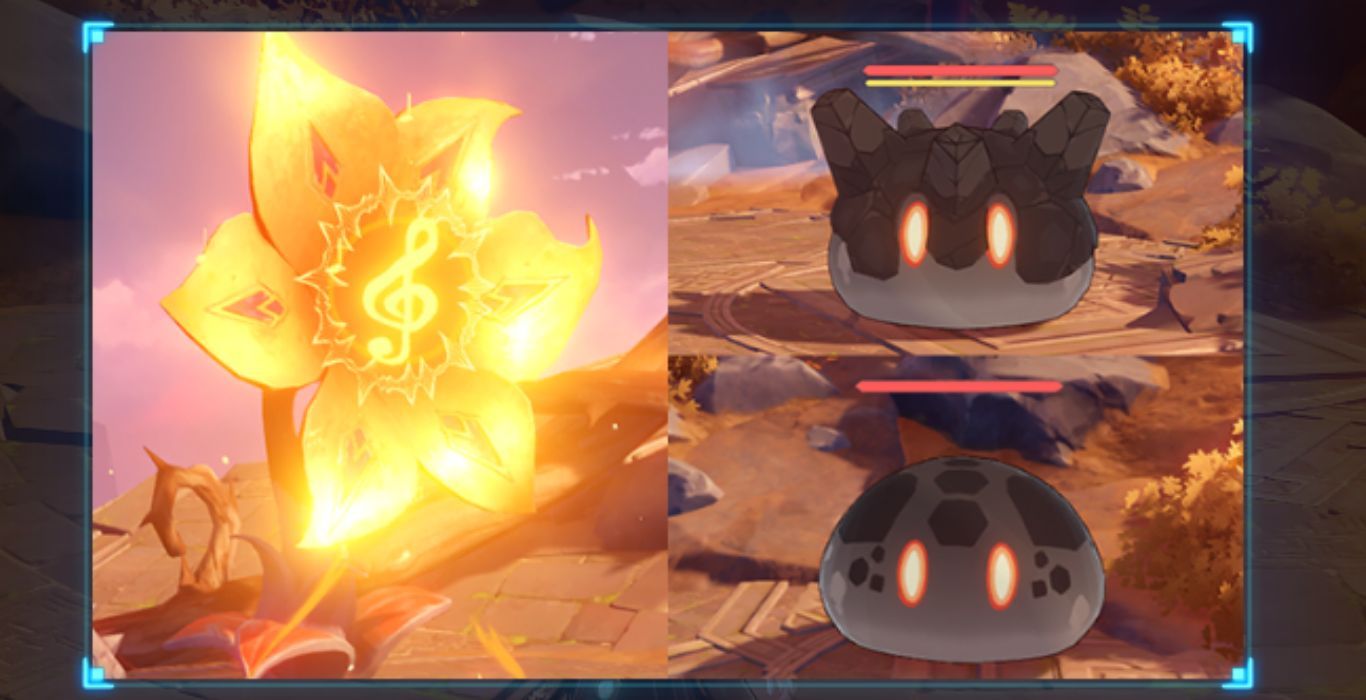 On the second fighting platform, you will unlock another ability where you can use the guitar mechanism to activate the huge flower beside it. This flower will deal physical damage to the opponents and remove any shield that the enemy might possess.

These are best to use against Geo slimes and Fatui Skirmishers. Defeat the enemies on this platform to be able to reach the final platform, in which you'll be using all the abilities you learned to beat a total of 15 enemies. 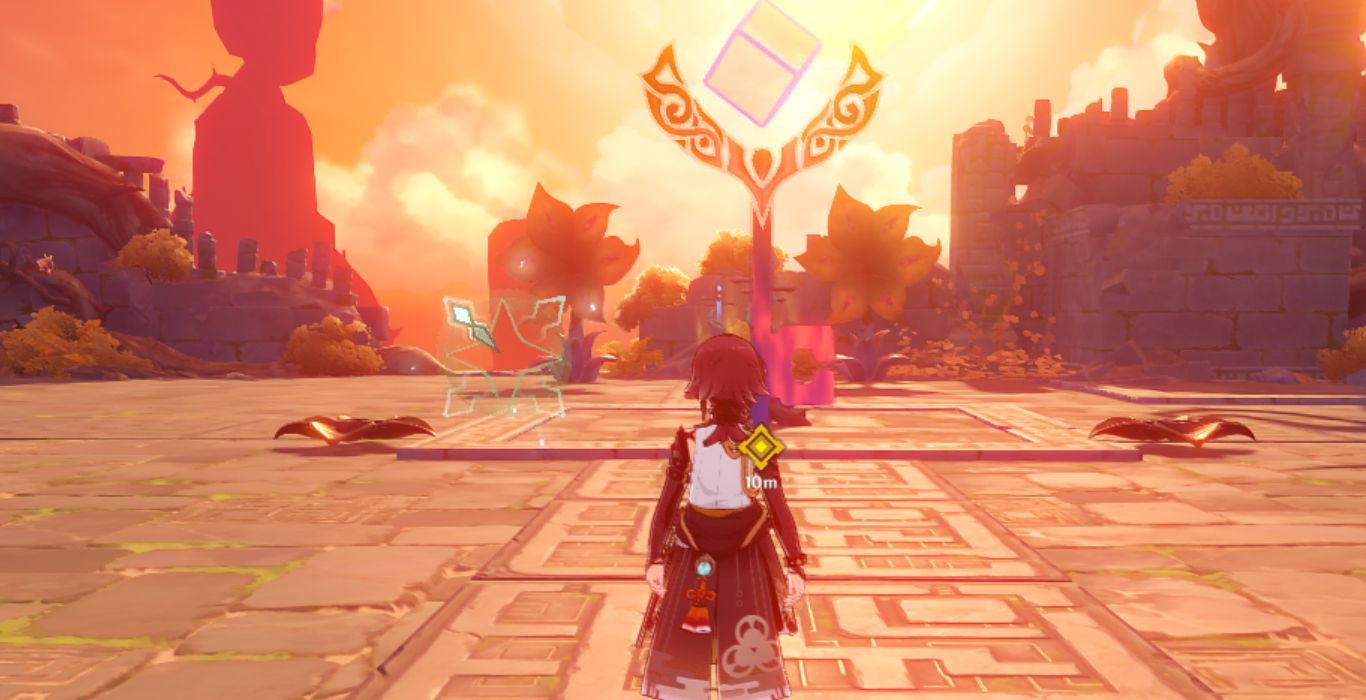 On the final platform, make sure to use both the plunging and the shield-clearing ability as much as you can — even if it takes you a little longer to finish the domain. Performing these abilities is directly related to the rewards of this event.

Once you've finished the Initial Exploration one time, you can simply head into the Direct Strike two more times to directly challenge the final platform. You need to complete it three times to finish the main part of the event. 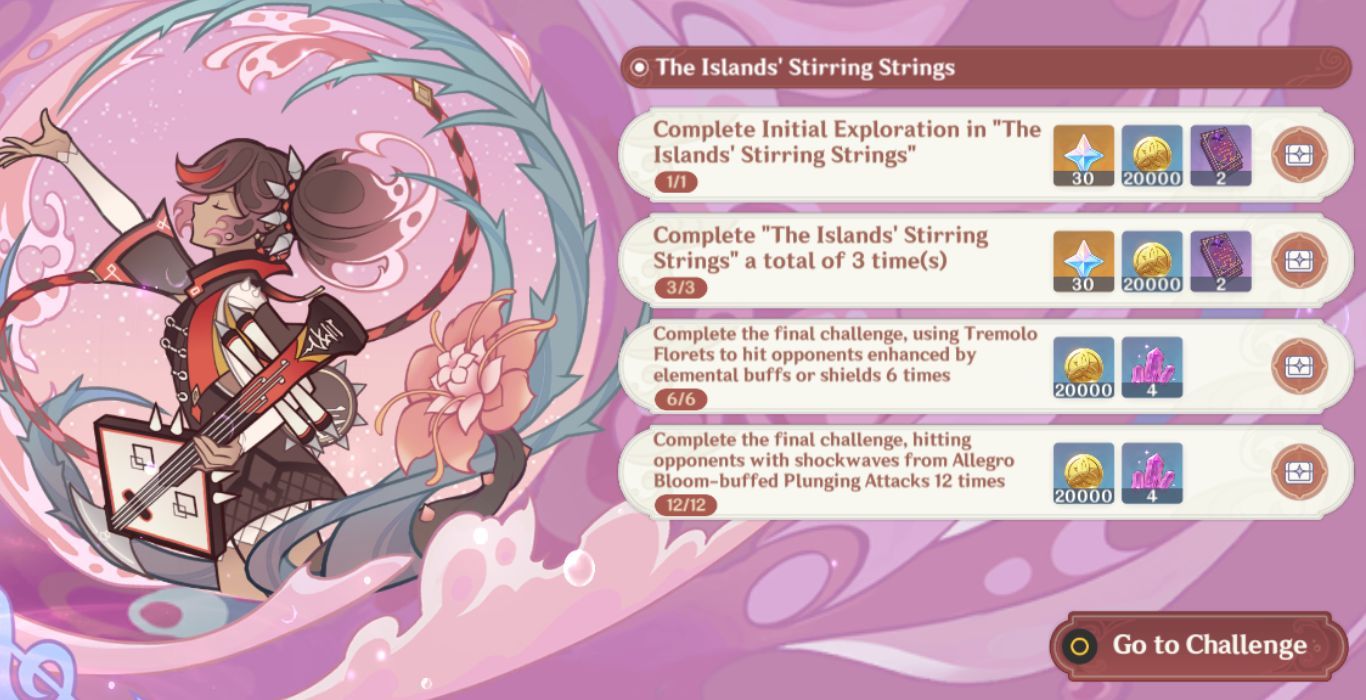 To get the main rewards in The Islands' Stirring Strings event, you need to finish either Initial Exploration or Direct Strike three times. This will net you a total of 60 Primogems, 40,000 Mora, and four Hero's Wits. Every time you finish these, you will also get 200 Iridescent Flotsam that can be used to unlock many goodies.

During the fight on the final platform, you need to use the shield-clearing ability six times and the plunging shockwave attack 12 times to unlock the rest of the rewards, which will give you another 40,000 Mora and eight Mystic Enhancement Ore.

Usually, if you used these abilities whenever possible during fights, you will not have to do an extra domain run to finish these — unless you just really enjoy that domain and want to go back, of course. 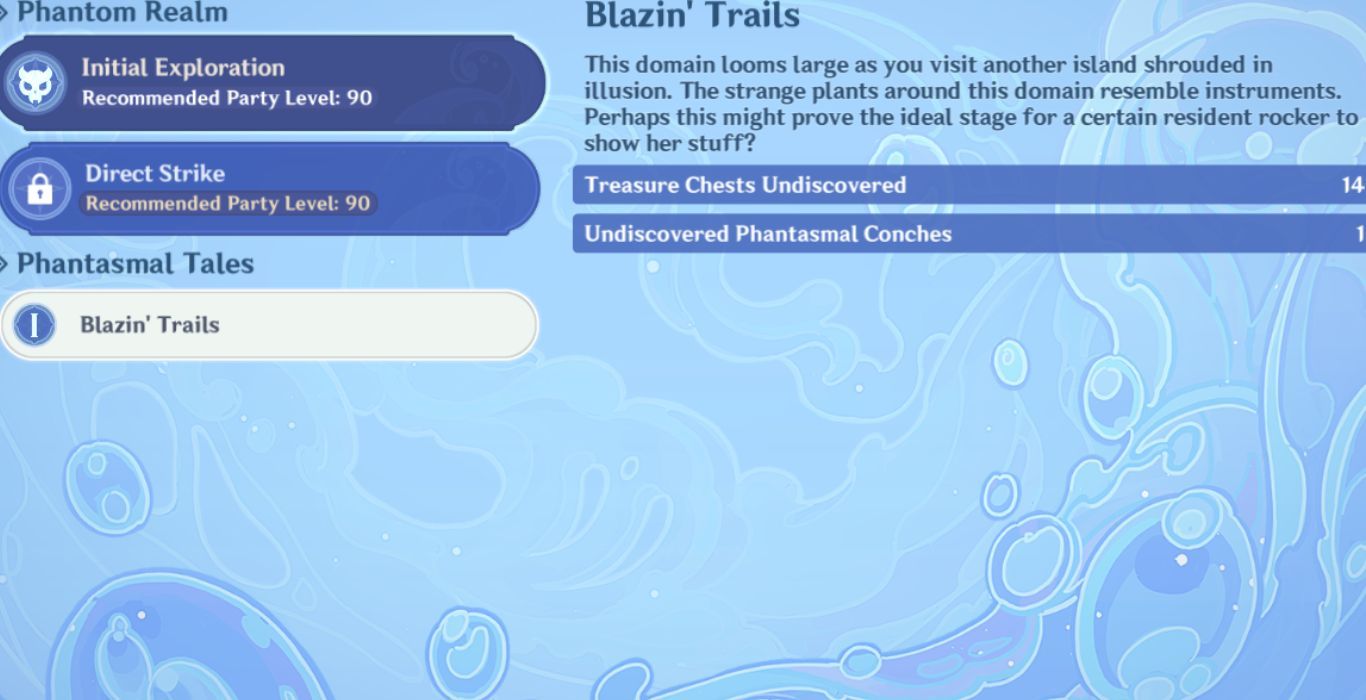 The domains involved in Blazin' Trails are particularly hard to full-clear during your first run when you're trying to beat the quest itself. You can finish that quest and still miss a ton of chests and the Conch. Make sure you head back in there through the Drum to fully clear the area.

Once you've done everything, you even have a chance to unlock a Luxurious Chest that is sitting inside a barrier with two more Exquisite Chests near the Frozen Soul. While finishing this quest itself was easier than the others, full-clearing it is much harder due to its Labyrinth style.