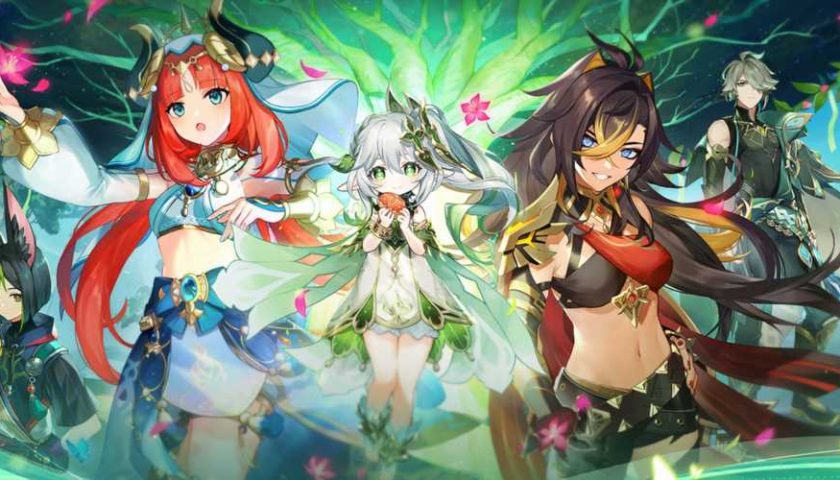 Genshin Impact is now two years old and is about to undergo another huge content update in Version 3.1. Hot on the heels of the release of Sumeru, the area is about to be expanded to include a large dessert area, Searing Dream in the Sea of Sand. This combines with the additions of mechanical bosses, several new animals, and other dangerous enemies, as well as a new crop of three playable characters and several events. Viewers were also treated to the surprise announcement of a Huyoverse x ufotable collaboration to produce a Genshin Impact animated series.

Genshin Impact Version 3.1, The King Deshret and the Three Magi, will go live on September 28 and will expand the new region of Sumeru. This new desert area will be integral to Acts 3 and 4 of the third chapter of Archon quests that come alongside it. There will also be three new playable characters, as well as reruns for Venti and Albedo.

As expected, the new characters are Candace, a hydro polearm user who also has a shield tied to her elemental skills, Cyno, an electro polearm user, and Nilou, a hydro sword user. Five-star Cyno appears on the first banner, alongside a Venti re-run. Nilou is also a five-star and will appear alongside an Albedo re-run in the second set of banners. Four-star Candace will be boosted on all four banners.

Upcoming events include Of Ballads and Brews, Hyakunin Ikki, Wind Chaser, and Star-Seeker's Sojourn. There's also a login event to celebrate Genshin's second anniversary where you can claim up to 10 Intertwined Fates and other rewards. You'll also receive in-game mail containing 1,600 Primogems, 4 Fragile Resin, A Jumpty Dumpty Party Popper, and Cloud Retainer's Damasked Device. Finally, the initial top-up bonus will be reset, and clearing Floor 4 Chamber 3 of Spiral Abyss will now reward you with Collei.

The livestream also included a tease about an upcoming TCG which will be playable with friends in a future version of Genshin Impact, as well as a trailer for an animated series. No further details on either of these projects have been revealed.