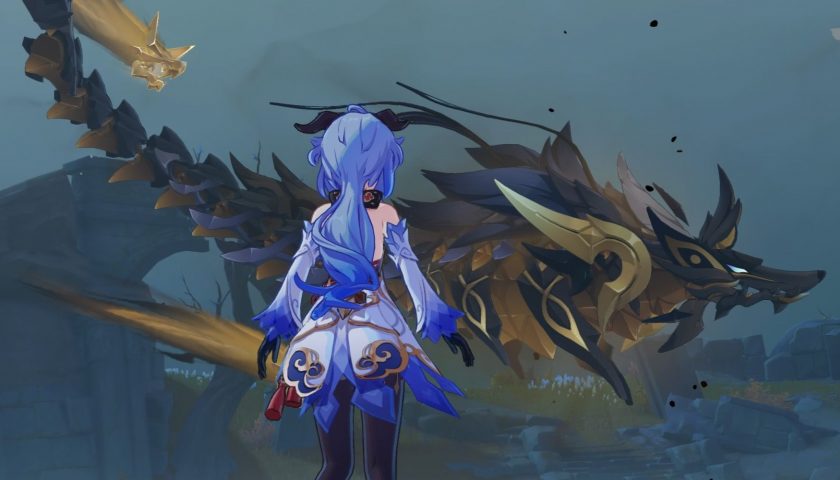 Genshin Impact isn't slowing down with its bosses, and things are only getting harder from here on out. This is proven by fighting the Golden Wolflord, who brings the corrosion effect out of the Abyss and into Inazuma. The Golden Wolfloard can be found on Tsurumi Island, where he will emerge out of a dimensional rift once you approach the center of the arena.

Despite how it might seem at first, this is actually a pretty easy boss fight once you learn how to deal with his shield and attacks. The guide below goes over everything you need to know about defeating the Golden Wolflord. 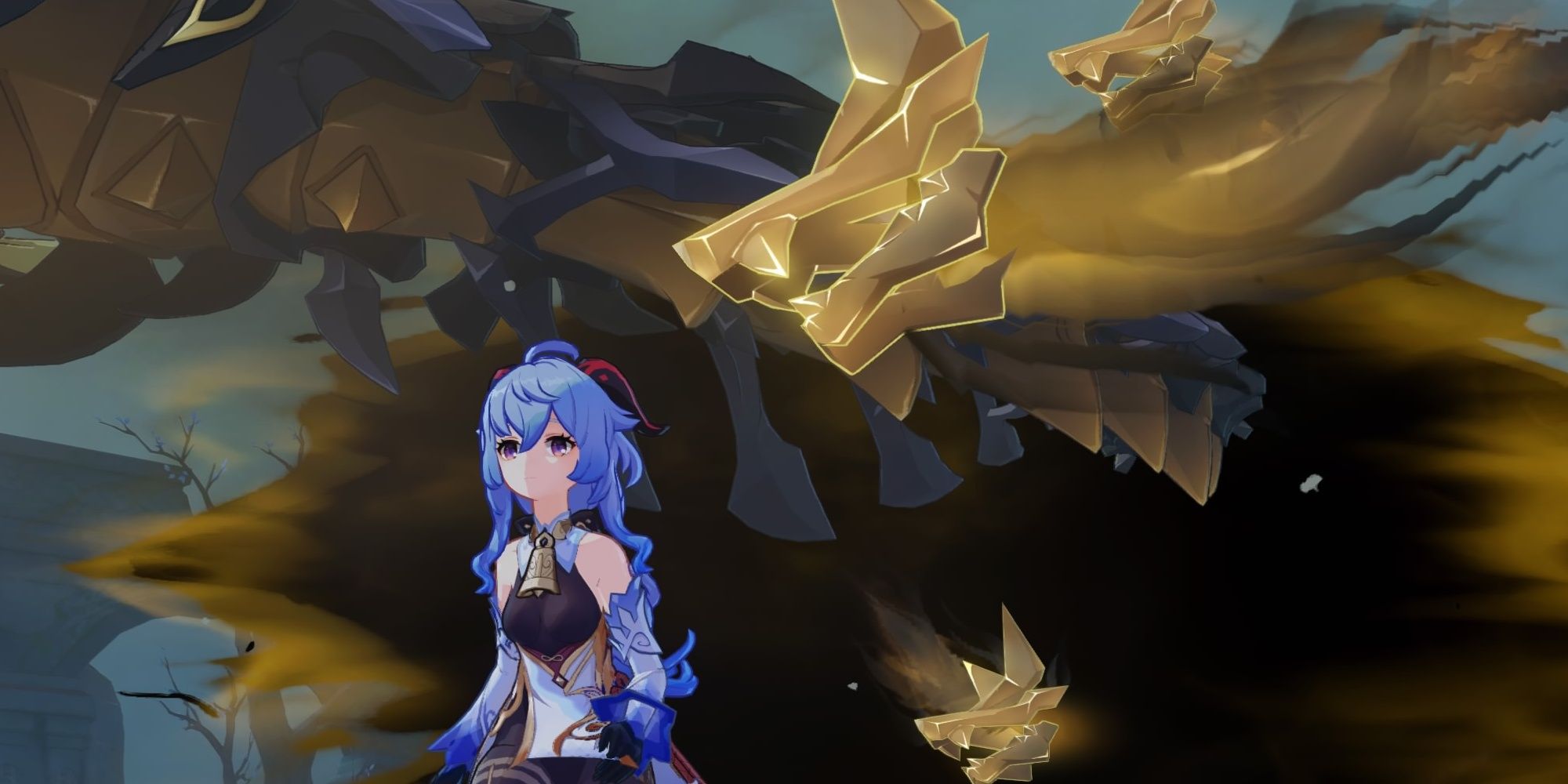 The first thing you will notice about the Golden Wolflord is that he is big but slow:

The thing that you need to be the wariest of is his ability to inflict your entire party with corrosion which can happen anytime the Golden Wolflord lands a hit on you.

When hit with corrosion, your whole party will start having their health zapped away, even if they aren't on the field. Shields can't stop corrosion, and it will only go away when you're left with just 15 percent of your health; the best way to avoid it is to not be hit by the Golden Wolflord and take him down quickly.

You don't need a bow character to damage him as he does spend a good majority of his time near the ground, just dodge his attacks and then attack further down his body. Once he gets to around 50 percent health left, he will deploy a shield.

How To Break The Golden Wolflord's Shield 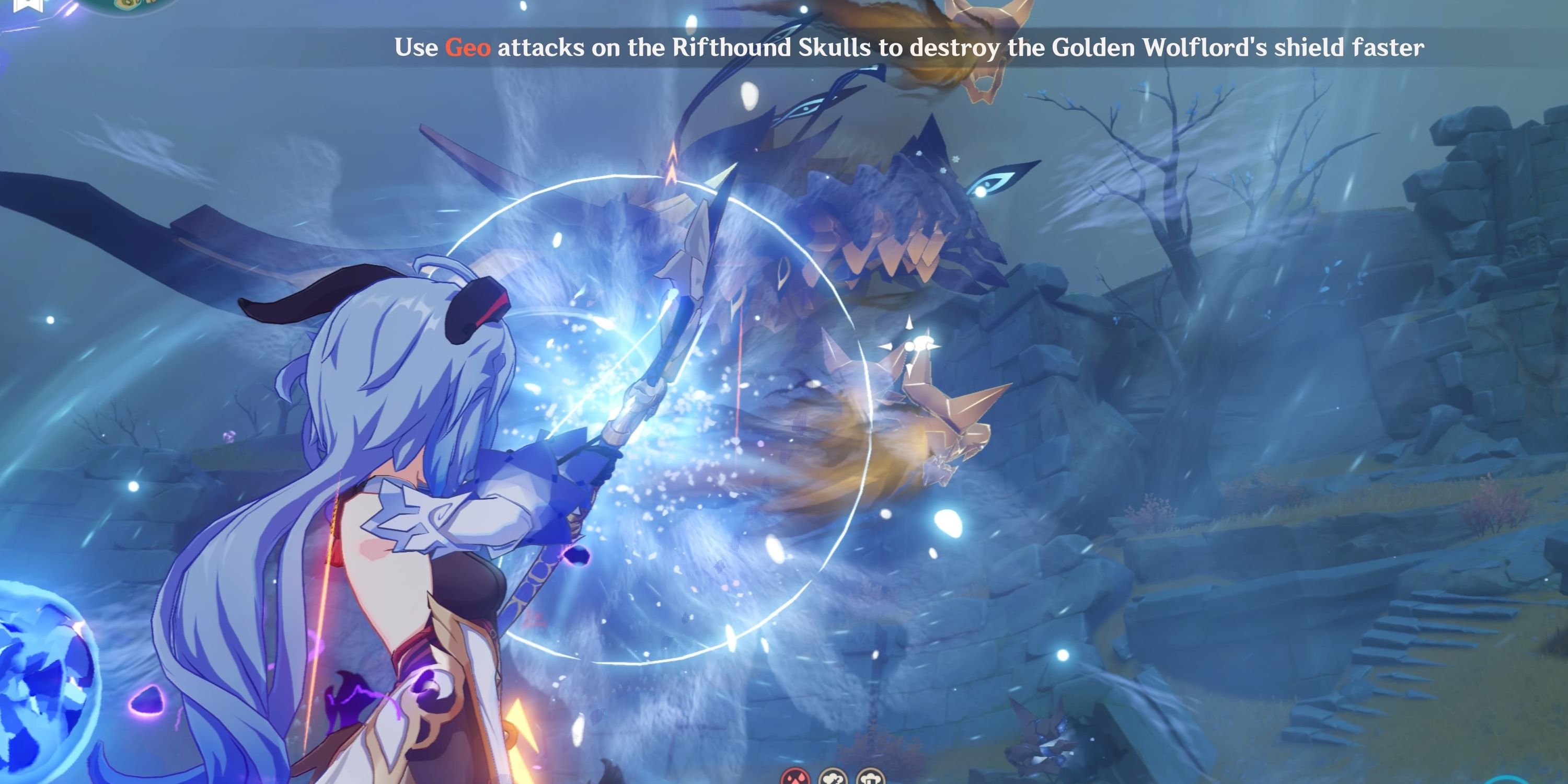 While most geo characters will work, the best character by far to use is Ningguang since even her basic attack deals geo damage. Even a lower-level Ningguang can bring down the three Rifthound skulls with only a few consecutive hits.