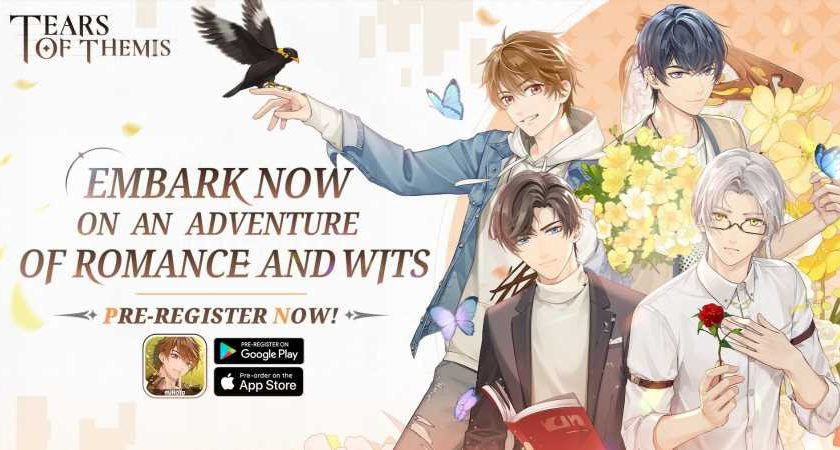 Mihoyo – the studio behind Genshin Impact – today announced a release window for its romance detective game, Tears of Themis. The mobile title is expected to launch on iOS and Android later this summer and will be available for free.

If you’ve come to know Mihoyo because of Genshin Impact, Tears of Themis might take you by surprise. Instead of roaming around a sprawling open-world slaying Hilichurls, you’ll be engrossed in the legal world – investigating crime scenes as a new lawyer at the Themis Law Firm, while building relationships with four unique protagonists.

“Players will assume the role of a new attorney at Themis Law Firm and work hand-in-hand with their destined lover as they investigate bizarre cases that appear in Stellis City,” Mihoyo announced. “Players must investigate crime scenes and interrogate suspects to obtain evidence and testimonies that uncover the truth.

“Meanwhile, players can cultivate relationships with four male protagonists through video chats, calls, and character-specific stories. As cases are solved and more truths are revealed, a sinister conspiracy lies in the wings as the line between good and evil begins to blur.”

You can check its official pre-registration trailer below:

Leading up to its official launch, Mihoyo is holding a pre-registration contest – as more people sign up, you’ll unlock exclusive in-game items. If over 500,000 sign up, everyone will earn 10 Tears of Themis, which we’re assuming is a form of premium in-game currency. At the time of writing, just over 24,000 had pre-registered, so there’s a long road ahead if players want to receive the full set of rewards.

You can also participate in the free SR Card draw event on the official Tears of Themis website to gain a few perks before the game launches this summer.

Tears of Themis will be available for free on both iOS and Android later this year.