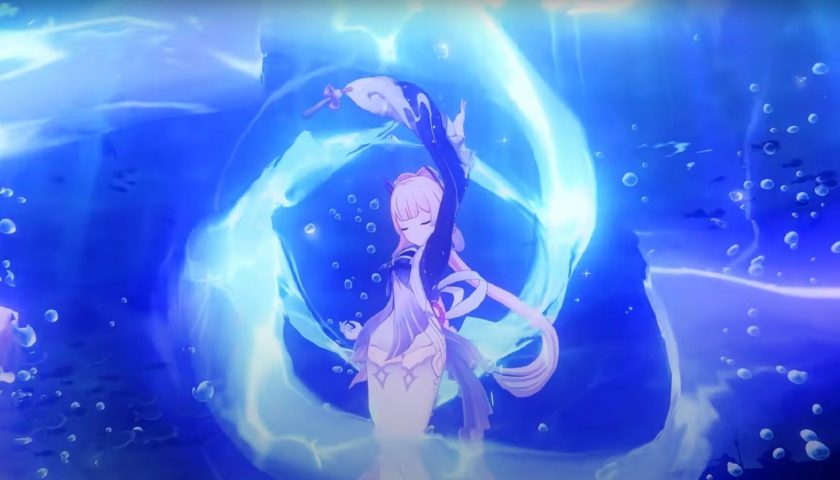 As the Divine Priestess of Inazuma’s Watatsumi Island, Sangonomiya Kokomi is one of the more prominent characters in Genshin Impact’s recent storylines. Indeed, Kokomi acted as the brilliant strategist who rebelled against and helped dismantle Raiden Shogun’s Vision Hunt Decree.

Despite her in-game eminence, though, Kokomi’s introduction to the game was met with lukewarm reactions. Players were somewhat disappointed with the addition of another Hydro Catalyst user and healer, and early leaks from the game’s beta had players concerned about her power level as well. Fortunately, since then the leader of the Sangonomiya Clan has drowned any doubts surrounding her efficacy. Kokomi is an excellent and versatile character that can supply a great deal of healing and damage to most teams, so this guide will give you some tips on how to integrate her. 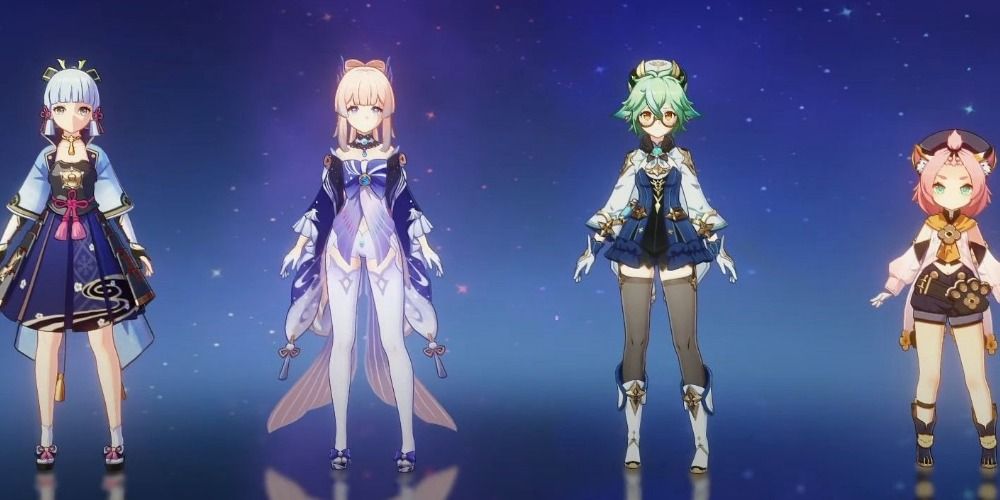 When players see a Hydro character in Genshin Impact, one of their first questions is whether the character can be used in a Freeze team. With Kokomi, the answer is yes. Freeze teams are incredibly effective under the right conditions: Cryo DPS characters are some of the strongest in the game, the Blizzard Strayer Artifact Set is very powerful, and constantly Freezing enemies trivializes many enemy encounters.

Kokomi is especially effective in this type of composition for her ability to rapidly and consistently apply Hydro in a large AOE. Xingqiu is another character often used in Freeze teams, but he is largely single-target. Mona and Barbara can be employed as well, but their kits don’t apply Hydro as easily or thoroughly. 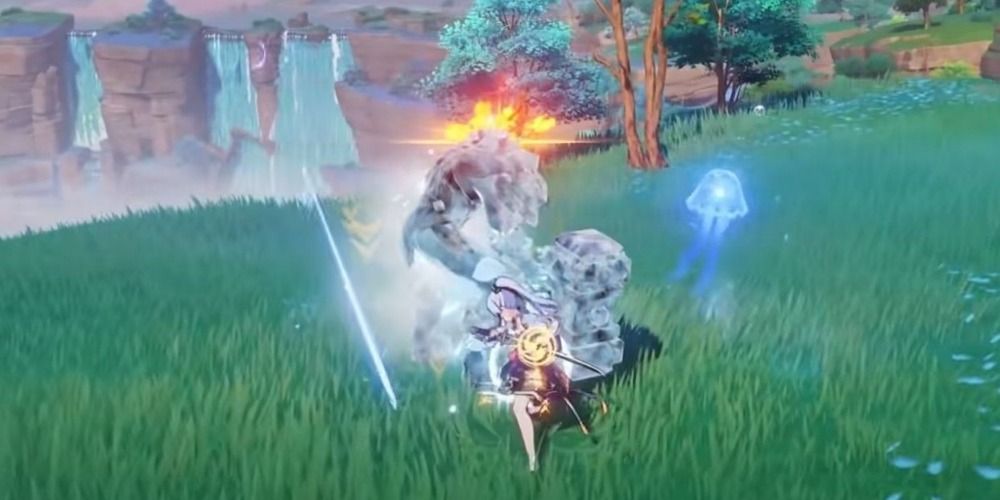 Kokomi, on the other hand, can use her Skill to deploy a Bake-Kurage (basically a Hydro jellyfish) that deals Hydro damage to enemies in swift pulses. Her Burst can be used to refresh the duration of this jellyfish, meaning that the ability has a near 100 percent uptime.

Executing this composition is as simple as deploying Kokomi’s Skill near the enemy and switching to a Cryo character to do damage. Ayaka and Ganyu are the premier options for this choice, but characters like Kaeya and Rosaria also work quite well. The other members of the team are flexible, but you might consider a second Cryo unit like Diona to gain Cryo Resonance for your team. Thanks to Kokomi’s impressive healing ability you probably won’t need another healer or shielder specifically, so an Anemo user that can gather and debuff enemies might be useful instead (e.g. Sucrose, Venti, or Kazuha). 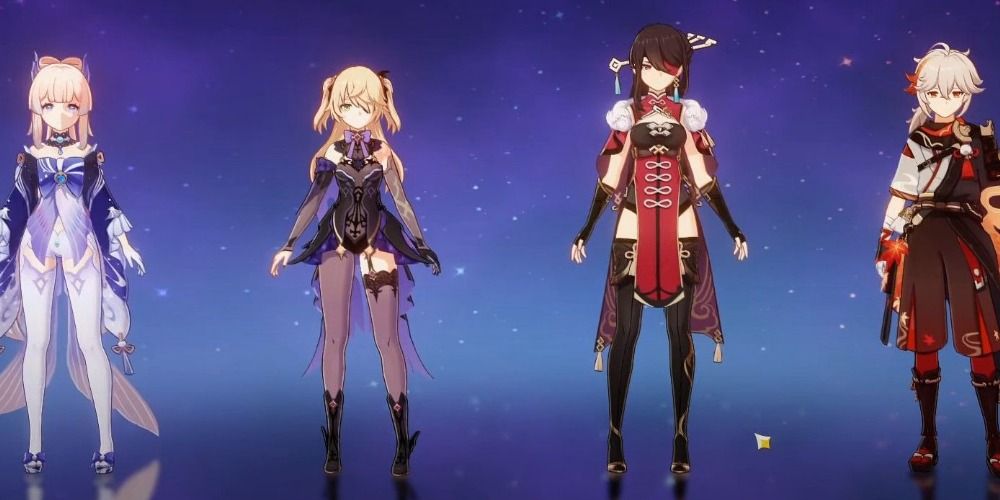 This team, often referred to by players as the “Taser Comp,” seeks to turn Kokomi into an electrified damage machine. The strategy here is to use the abilities of your auxiliary Electro characters in order to make Kokomi the “driver” for Electro-Charged Reactions between enemies.

Beidou’s Elemental Burst, Fischl’s Skill, and Raiden’s Skill are the ways via which this is done. Each ability will cause extra Electro effects when Kokomi attacks, and when these mix with the Hydro DMG from Kokomi, Electo-Charged Reactions will abound. Remember that Kokomi’s Normal Attacks increase in power during her Burst, so use that whenever it’s available to bump up her DPS.

Electro-Charged is an especially powerful Reaction when there are multiple enemies affected since the electricity will ark between them, causing periodic damage and staggering their attacks. Be a little mindful of getting afflicted with Electro-Charged yourself, but luckily Kokomi’s passive healing should keep you safe even if that does happen. 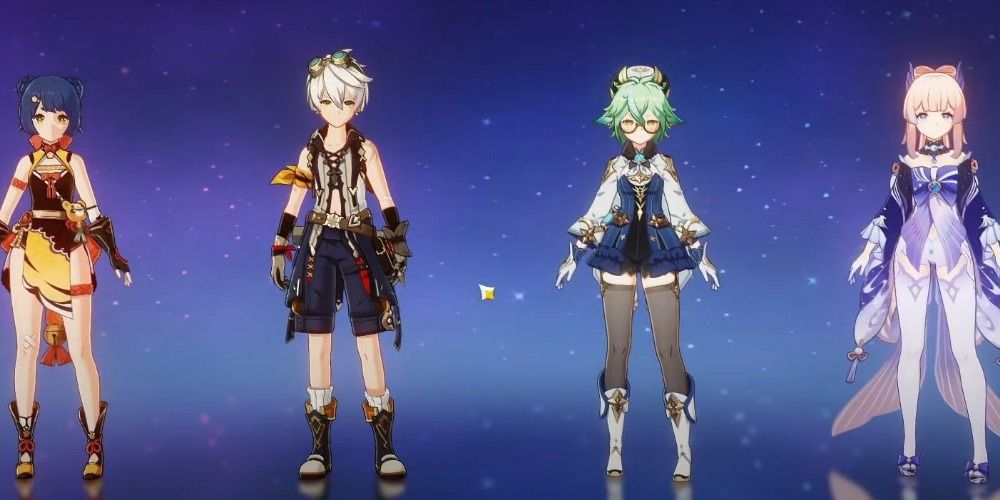 Due to its ability to directly amplify the damage of attacks that cause it, Vaporize remains an incredibly strong Reaction for many teams in Genshin Impact. In fact, many of the strongest teams in the game function of this Reaction alone. Although perhaps not Kokomi’s typical use-case, she is happy to follow this trend when necessary.

Using Kokomi in conjunction with a high Elemental Mastery Xiangling lets you passively proc Vaporize Reactions for massive, consistent damage. Placing Kokomi’s Bake-Kurage near the enemy will apply enough Hydro to them for Xiangling’s Burst to Vaporize on every pass, enabling a simple, powerful combo. 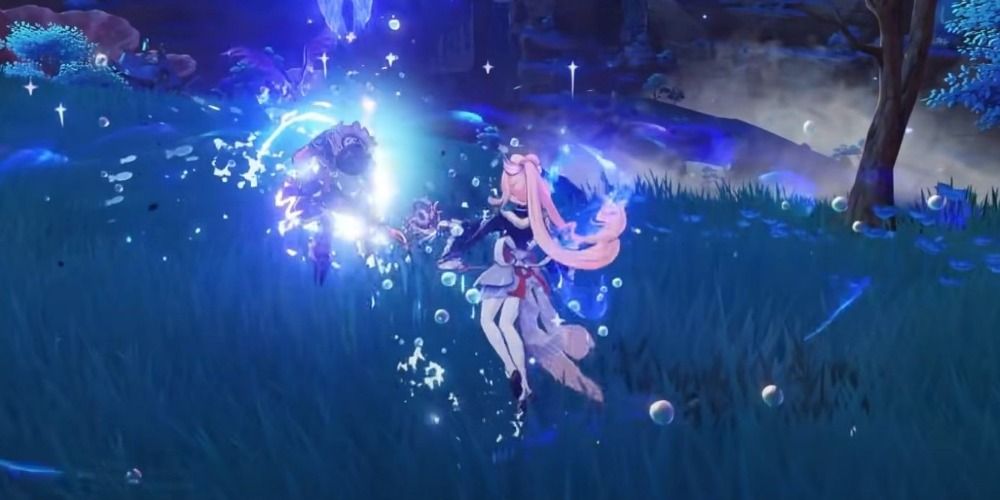 With this core, you can add in a few support characters like Bennett and Sucrose to amp your team’s damage even further and draw in enemies. Alternatively, you might want to use an Elecro character like Raiden or Fischl to transform this team into a so-called “Overvape” composition. Vaporize can often proc in conjunction with Overload as long as your team provides extremely reliable applications of each Element involved. Such an addition to your team will obviously provide extra damage, but the Overload Reactions also help to stagger enemies and keep your party members safer.

Kokomi can also enable consistent Vaporize Reactions for characters like Diluc and Yoimiya, but you have to use a little more effort to make it work. Yoimiya doesn’t usually want to be next to Kokomi’s jellyfish if enemies are also near it, and Diluc’s Burst will often push enemies out of the jellyfish’s AOE. Kokomi’s absurd healing is very forgiving of your mistakes, though, so feel free to experiment with different combinations of characters and find what fits your playstyle.