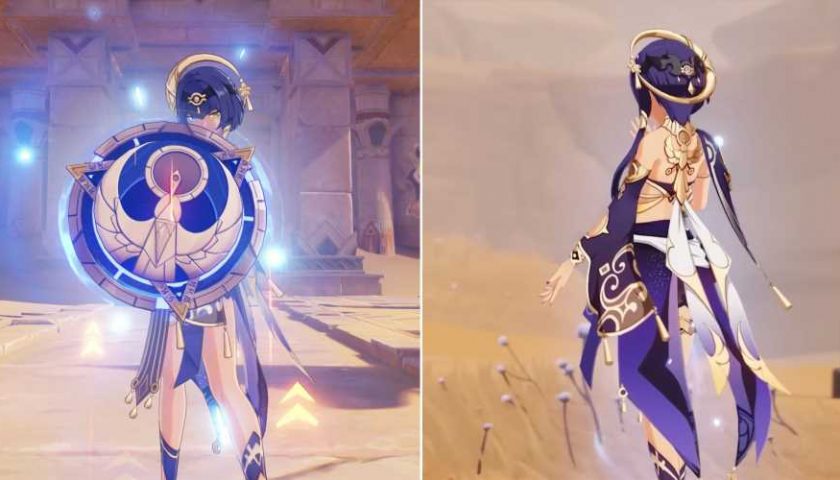 The effectiveness of your characters in Genshin Impact can differ greatly based on the team composition you put them in. The game allows you to have up to four characters in a certain team, and it incentivizes you to use various elemental reactions to deal extra damage to the enemy.

Candace is a Polearm-wielding character in Genshin Impact who also has a shield of her own. Her abilities allow you to mitigate a ton of damage while she supports the team in many other ways. Her play style can change a lot based on her talents and constellations, making her flexible. 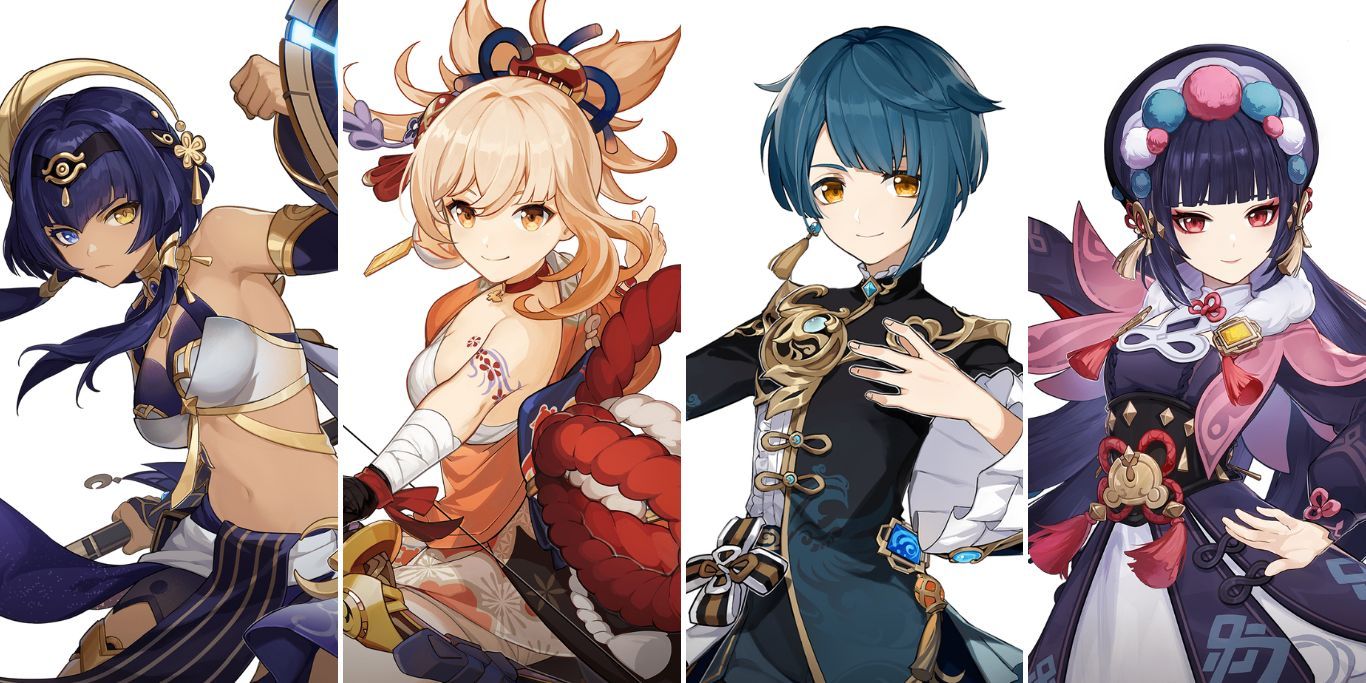 It is not every day that we get a character that buffs the normal attack damage of other characters, so it's important to make the most out of that. Throughout Candace's Elemental Burst duration, the elemental DMG dealt by the active character's normal attack is increased based on her ATK.

Yoimiya is one of the most popular characters who have elemental damage from normal attacks as her primary source of damage, making her a perfect fit for Candace. Furthermore, Yun Jin's Burst also deals extra damage whenever the active character uses normal attacks based on her DEF.

Xingqiu doesn't directly buff the normal attack of any character, but his off-field Hydro application is the reason for his presence on this team. This allows Yoimiya to trigger numerous Vaporize reactions to deal even more damage.

In this team, you'll never be using Yoimiya's Burst, allowing you to use Shimenawa's Reminiscence artifact set on her. Furthermore, the Burst of all other characters have different durations making the rotation for this team quite tricky:

If you have the first constellation for Candace, you can interchange her placement with Yun Jin in this rotation because their Burst will have the same duration. 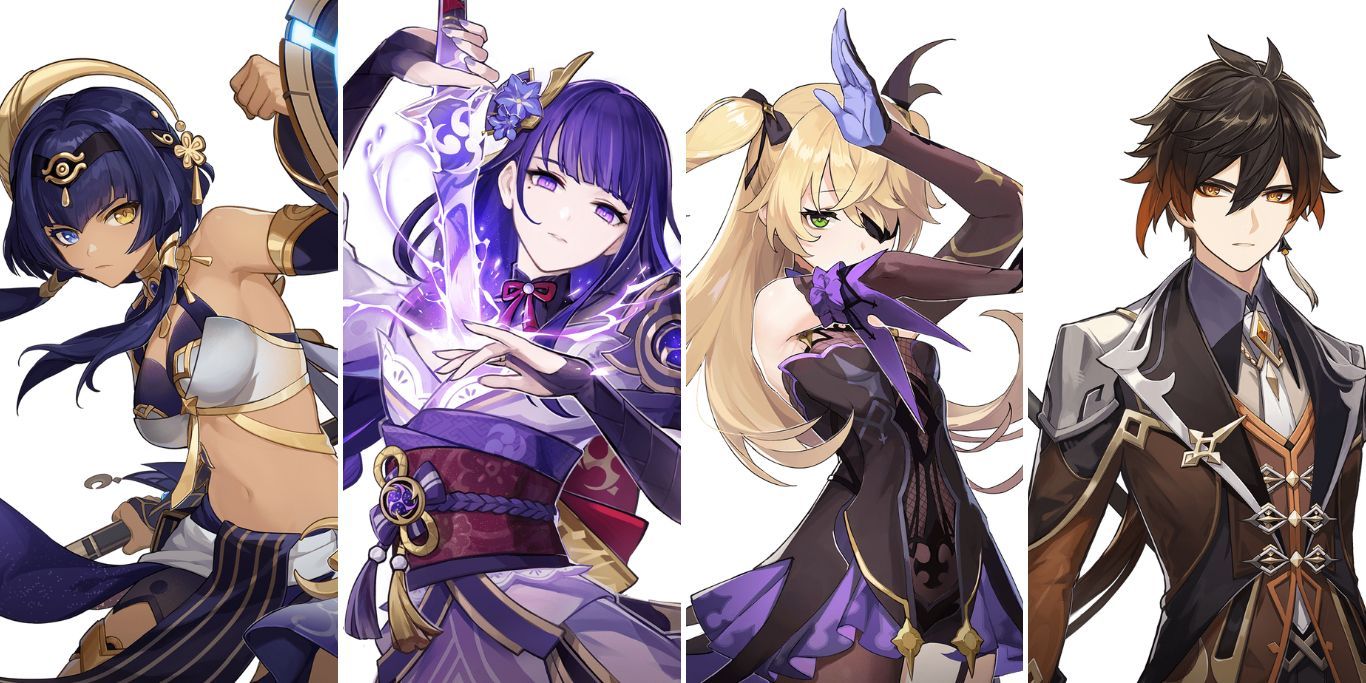 Electro-Charged is one of the most satisfying reactions in Genshin Impact when it's triggered against a hoard of small enemies. This is because it deals damage to them at regular intervals while it also immobilizes them for a second.

Candace's Elemental Burst has a special effect that infuses the active character's normal attack with Hydro element if they're Polearm, Sword, or Claymore users. While this doesn't increase a lot of damage, the infusion is what we're after in this team.

The reason to use Fischl in the team is because of her off-field Electro application, which is greatly enhanced if you have her sixth constellation. Although, she can easily be replaced by Beidou or Yae Miko if you don't have her constellations.

Apart from her Electro application, Raiden Shogun can also bring Candace's Burst back quickly with her Burst. Zhongli is just a buffer for this team since he can shred the enemy's defense while protecting the entire team.

For the rotation of this team, you can simply use the Elemental Skill of all the characters before using Candace's abilities. During her Burst, you can use Raiden Shogun's normal attack to deal Hydro damage while Electro is applied as well.

The reason to use Raiden Shogun for normal attacks is that she'll have the highest ATK stat in the entire team since Zhongli and Candace scale off of HP.

After Candace's Burst finishes, you can use Raiden's Burst to get energy back on her quickly, allowing you to have good uptime on this team's rotation. 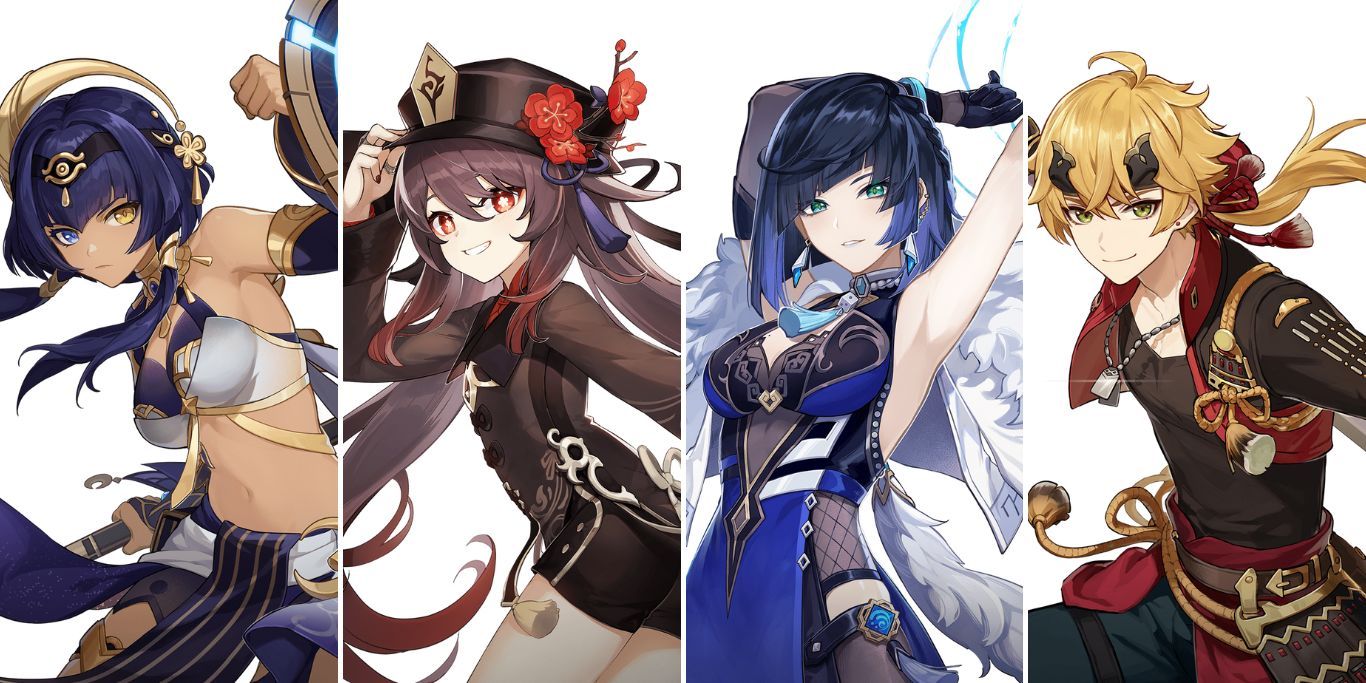 While this team might look similar to the one involving Yoimiya above, the idea behind it is a little different, and you can already tell that because Hu Tao doesn't deal a lot of damage using normal attacks. This team relies on a bit of setup because you need Candace's sixth constellation.

When you have this constellation, her Elemental Burst deals AoE Hydro damage whenever the active character performs a normal attack. This increases her potential of applying Hydro even when she's off-field.

Without this constellation, the only way for Candace to apply Hydro on the enemies is when you switch characters or use a Hydro-infused normal attack.

Furthermore, all three characters except Thoma scale off of HP in this team. This is where Yelan comes into play because two or more Hydro characters in the team trigger Hydro Resonance. When this happens, the HP of all party members is increased by 25 percent.

Hu tao performs better at low health, which is why you need to use a shielder with her. While you can use Zhongli or Diona, the addition of Thoma also triggers Pyro resonance in this team to increase your ATK by 25 percent.

Here's what the rotation for this team will look like:

Frozen To The Core 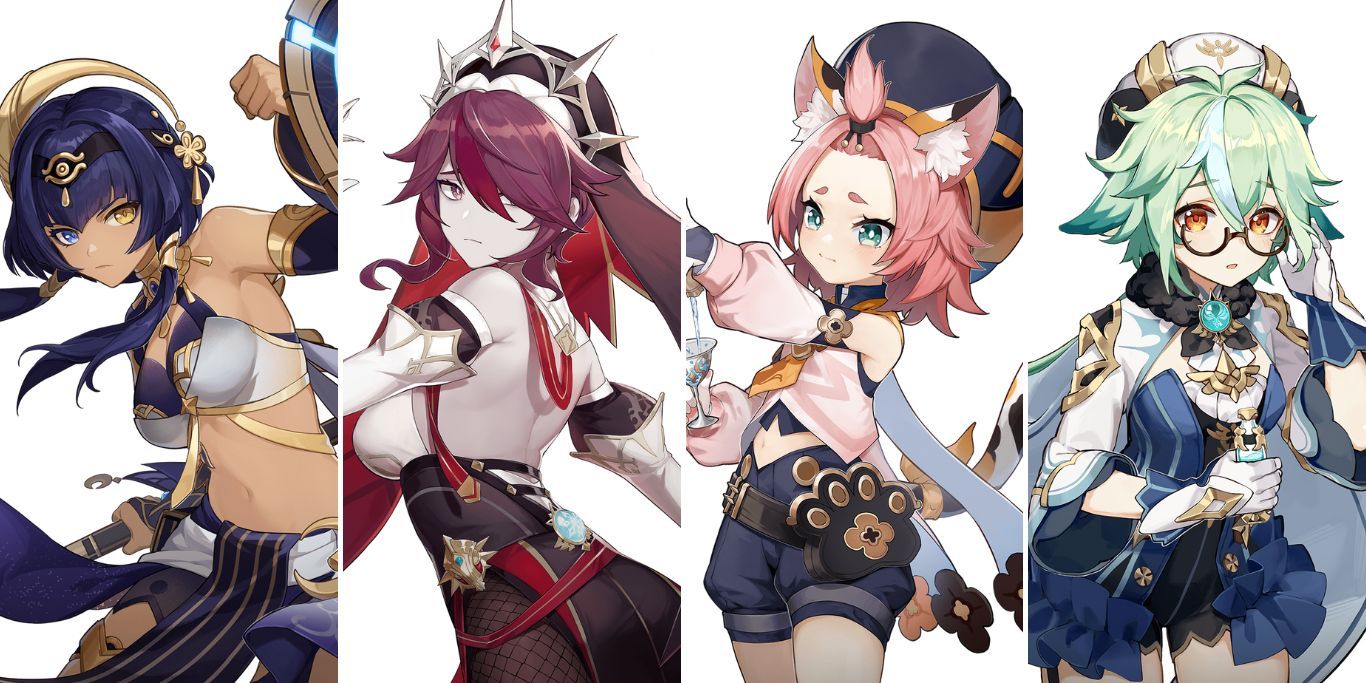 When Hydro meets Cryo in Genshin Impact, a Freeze reaction is triggered. As you can guess, this immobilizes the enemy for quite some time based on how big they are. With Candace's Hydro application, you can stop enemies from moving for a very long time.

Since your enemies won't be able to move, you don't need a lot of crowd control to bring them together, which allows you to use Sucrose to Swirl both Cryo and Hydro to increase the damage done by both elements.

You'll need the Elemental Burst of both Rosaria and Diona on the field before using Candace's Burst. If you have the sixth constellation on her, this team will function even better because of the extra AoE Hydro application. The team excels at dealing regular damage to the enemies while preventing them from attacking you.

You can make a Bloom team with Candace in a similar fashion by replacing Rosaria and Diona with Dendro Traveler and Collei. With that team, you'll only be able to Swirl Hydro but the Dendro cores will deal a lot of damage because they'll keep spawning rapidly. 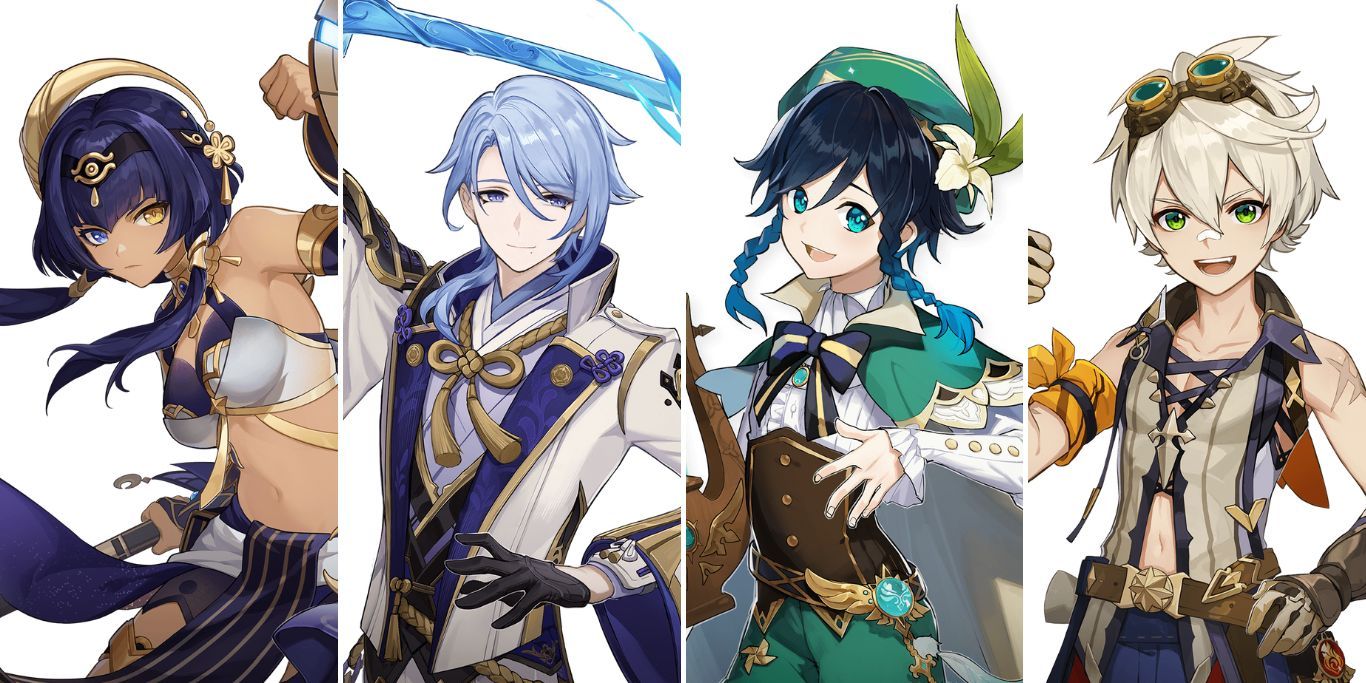 Finally, one of Candace's outshining features is her ability to be a buffer for other Hydro characters. This happens because of her Hydro infusion that allows the other character to deal extra Hydro damage. Usually, a Hydro character will have a ton of Hydro DMG Bonus that will benefit from this effect.

There are a couple of Hydro characters that can perform on-field, but Ayato stands out the most because of his downtime from Elemental Skill. Further, he uses a Sword which is a weapon that can be infused by Candace.

Bennett doesn't have a lot of Pyro applications in his kit, but he can be a great ATK booster for the team. Furthermore, you can also Swirl Pyro using Venti's Burst to keep the enemies grouped up and trigger Vaporize at the same time.

With all that in mind, the rotation for this team should look like this: