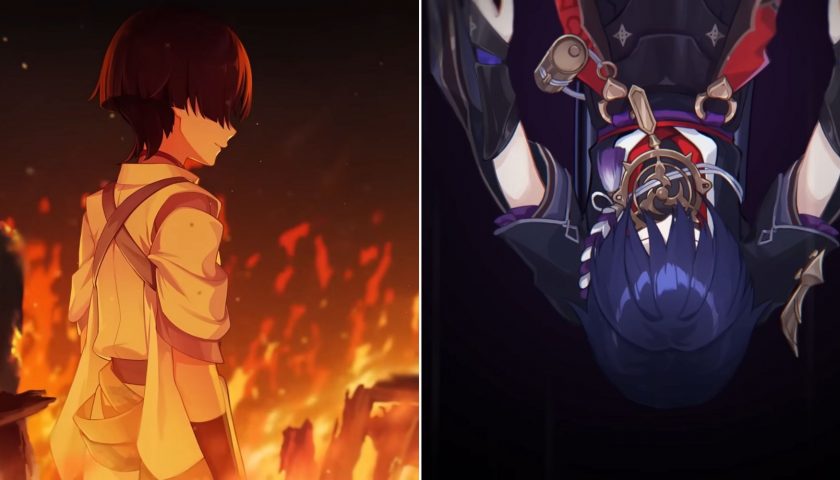 There's a lot of anticipation and excitement in the Genshin Impact community whenever an update is released. This is because of potential new characters, events, quests, and areas to explore. With every update, players get to know more secrets about different regions in the beloved world of Teyvat.

Ever since his special appearance during the Unreconciled Stars event, the community has eagerly waited for Scaramouche to be playable. The character was revealed alongside the Version 3.3 update, and he's a Catalyst user with an Anemo vision. Being a five-star character, players can only get him when he's featured in the banner. 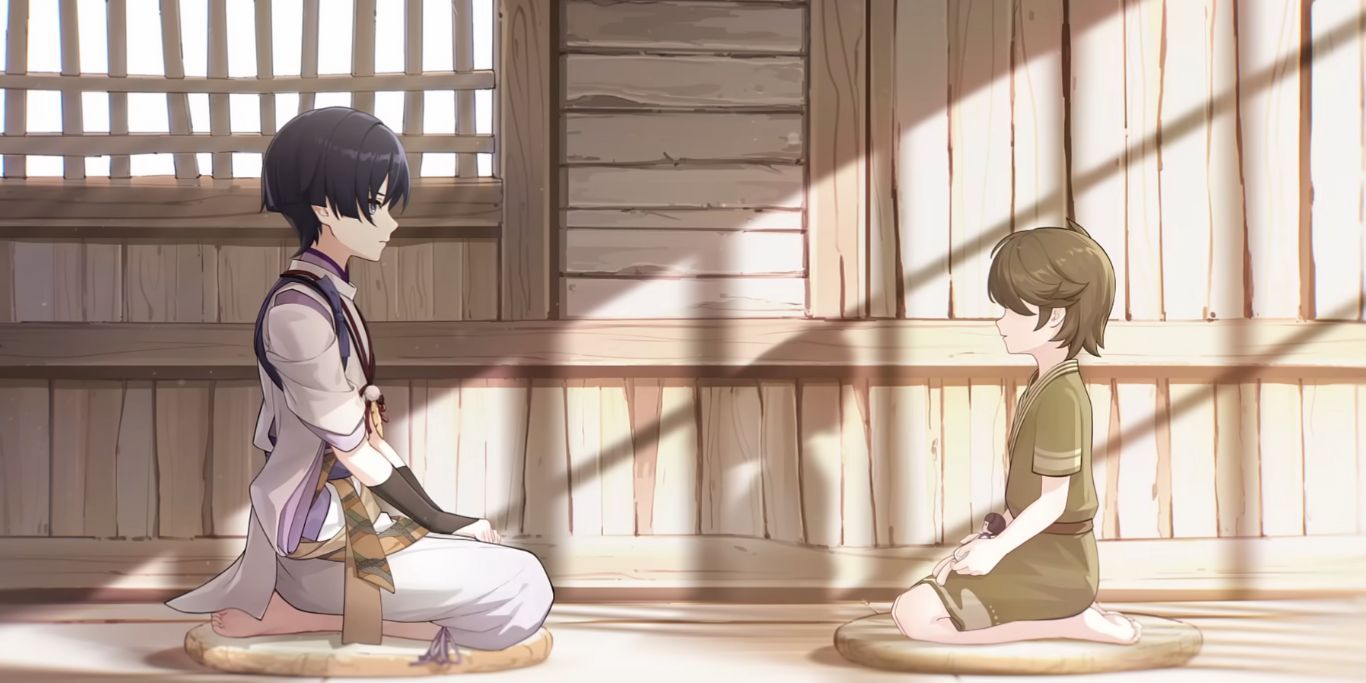 Wanderer was first introduced in Mondstadt and Liyue alongside a quest with Mona, but it was later revealed that he's a puppet made by Ei herself. Eventually, he's able to get away during the Inazuma storyline and the Traveler faces off against him in Sumeru. This character's diverse background also reflects in his Ascension Materials.

He's one of the few characters who need materials from multiple regions and here's everything you'll be looking for:

The materials mentioned in the table are the requirements solely for Wanderer's Ascension. If you want to ascend a character, you need to reach the maximum level of the previous ascension. This requires EXP materials that can be acquired through quests, exploration, and events.

Where To Find Vayuda Turquoise Crystal 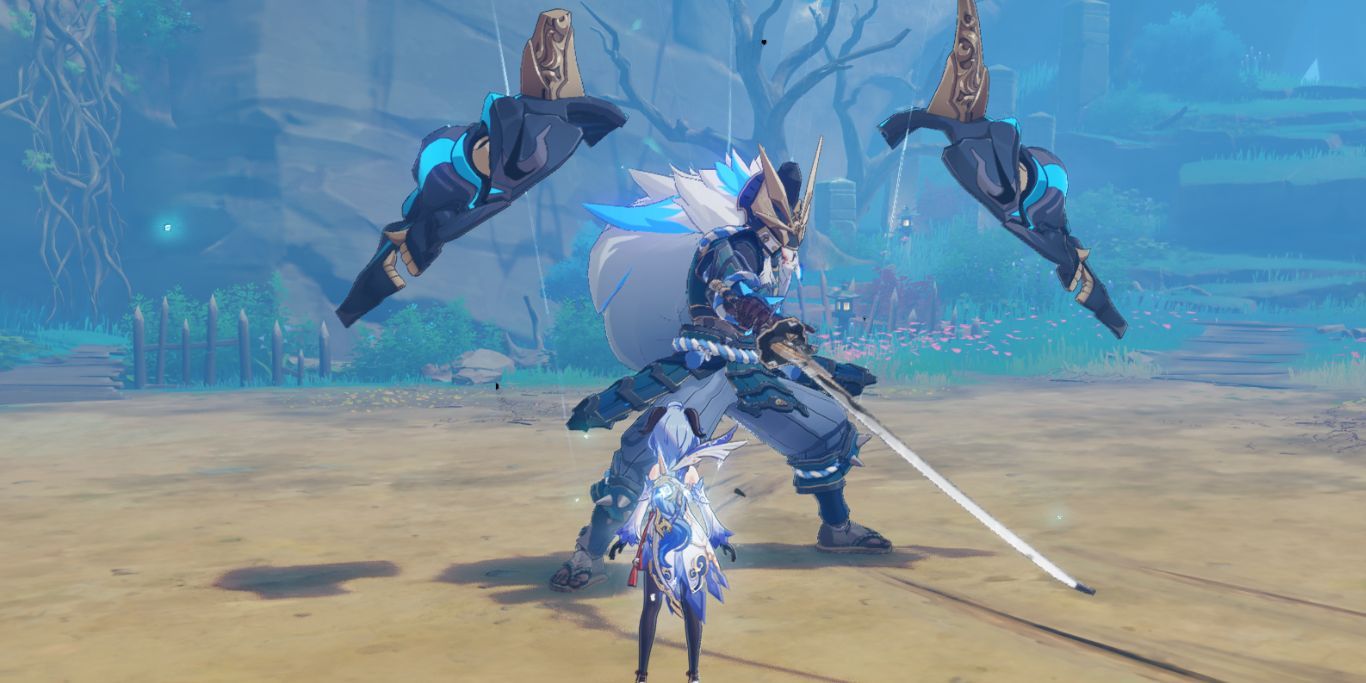 The world of Genshin Impact is ruled by seven elements, and the game has characters holding visions belonging to these elements as well. Each of these elements has respective Crystal Slivers, Fragments, Chunks, and Gemstones. The crystals required to ascend a certain character are determined by their vision.

The developers have released quite a few ways to get crystals during your time in Teyvat:

Here's a list of all the world and weekly bosses that can give you the crystals required by Wanderer:

The only difference between these bosses is that you'll only be able to claim the rewards from a weekly boss once a week. There's a lower chance to get your desired crystal with these bosses as well, so world bosses are going to be your main source.

Where To Get Rukkhashava Mushrooms 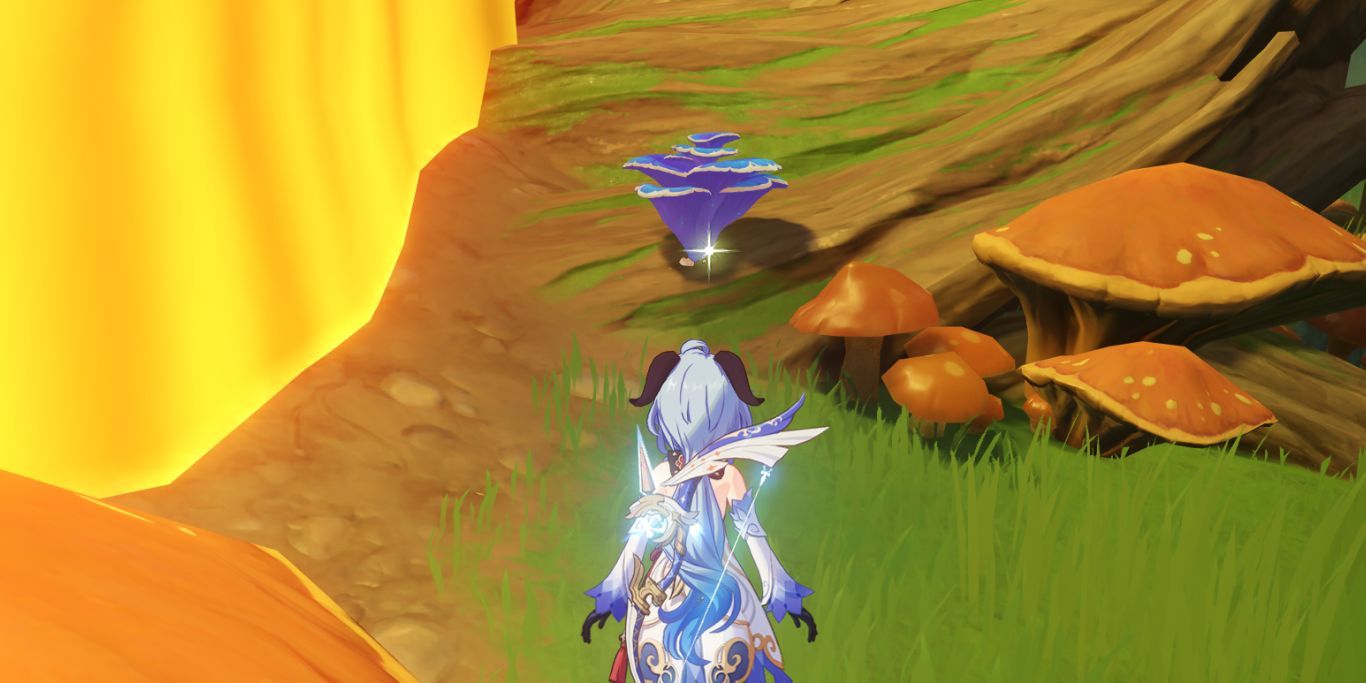 Sumeru is famous for having increased difficulty when it comes to farming regional specialties. Rukkhashava Mushrooms are one of these hard-earned specialties that can be found all across the Sumeru Rainforest. Apart from being spread in small groups all across the region, these are also hidden in places that are annoying to reach.

To farm these mushrooms without spending a lot of time, you can take a stroll in Mawtiyima Forest and Apam Woods since they're present in heavy numbers when it comes to these areas. Once you pick these mushrooms up, they'll respawn after 48 hours.

Tighnari and Nahida can help tremendously when you're trying to farm Rukkhashava Mushrooms. Tighnari's passive allows you to locate all the regional specialties nearby, while Nahida's Elemental Skill lets you take them from far away.

Where To Get Handguard 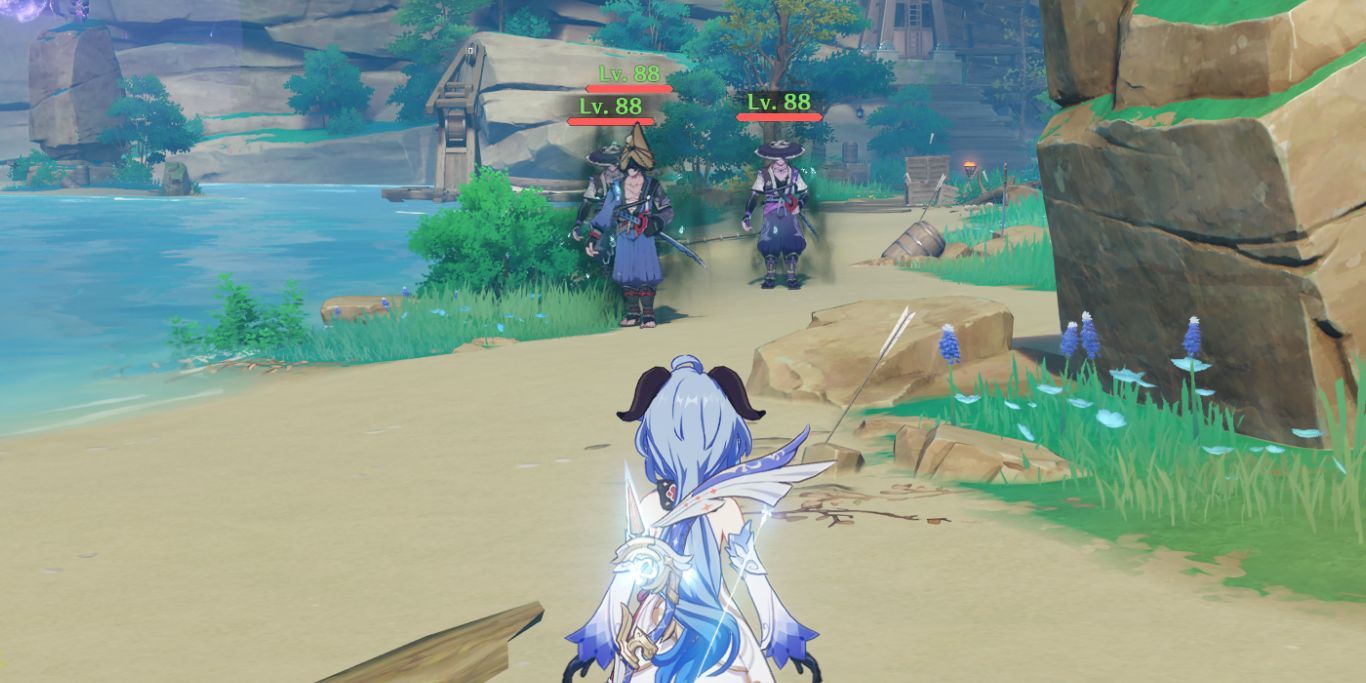 This is where the special part about Wanderer comes because you can only find Old, Kageuchi, and Famed Handguards in Inazuma. Most characters have all the required materials in the same region, but Scaramouche's backstory deserved this little detail of separate material requirements.

Handguards are dropped from Nobushi and Kairagi that are scattered all across Inazuma. Since they are the common enemies of this region, you'll only get one or two drops every time you defeat one of these enemies.

Where To Get Perpetual Caliber 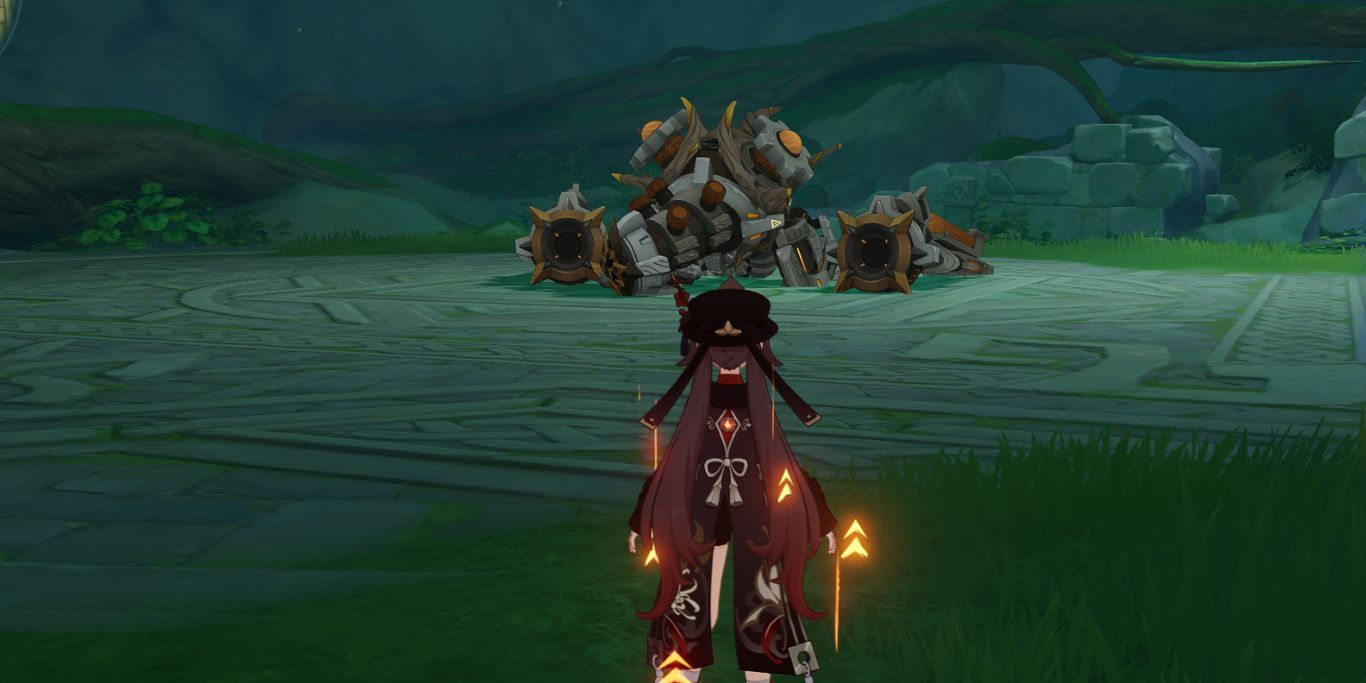 The Perpetual Caliber is a special item dropped by the Aeonblight Drake world boss located in the Devantaka Mountain of Sumeru Rainforest. Unfortunately, this world boss does not drop the crystals required for Wanderer, so you might have to spend extra Resin or Dust of Azoth to farm for those.

After teleporting to the northern Waypoint in Devantaka Mountain, you can activate a Dendro flower that will spawn grapples to lead you directly to the cave housing the Drake. During the fight, it will gain Elemental RES for the element it takes the most damage from. This RES can be removed by attacking its weak points. 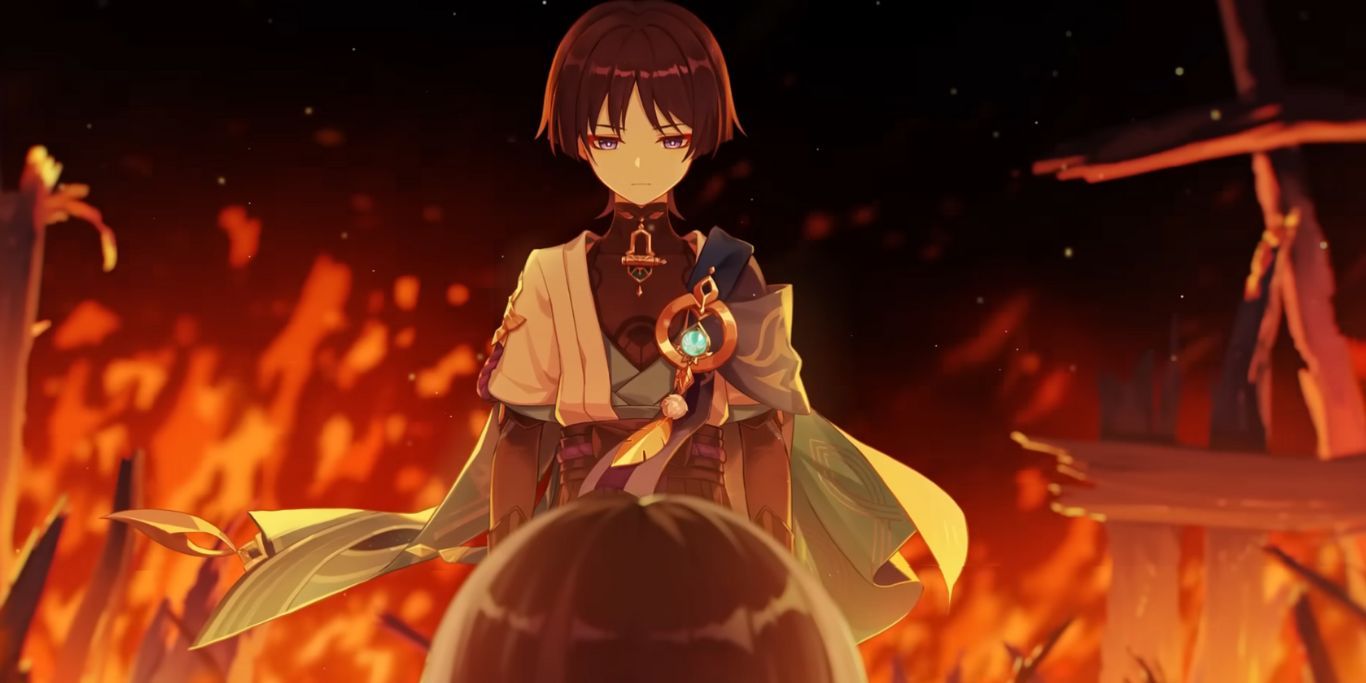 Here's everything you'll need for him:

Apart from all the materials mentioned above, the final talent upgrade will also need a Crown of Insight. This can be obtained from the bigger limited-time events and whenever new regions are released.

Furthermore, the materials in the table are the requirements for one talent. If you want to upgrade all three Wanderer's talents to the maximum level, you'll have to use thrice the materials.

You can get Praxis talent books by participating in certain limited-time events or fighting through the Steeple of Ignorance domain every Wednesday, Saturday, and Sunday. This domain is located on the northern side of the Sumeru Rainforest and you'll have to fight two Ruin Drakes in it.

Finally, Daka's Bell can be acquired by fighting Scaramouche, the weekly boss that is unlocked after finishing Act V of Sumeru's main Archon Quest. This fight is heavily reliant on the type of characters you're using because raw damage can't help you finish it without taking a bunch of losses.

You have a chance of getting three special items from this boss, and one of them is Daka's Bell. You can also exchange different items that belong to a specific weekly boss using Dream Solvents. These are also dropped randomly while fighting any weekly boss.