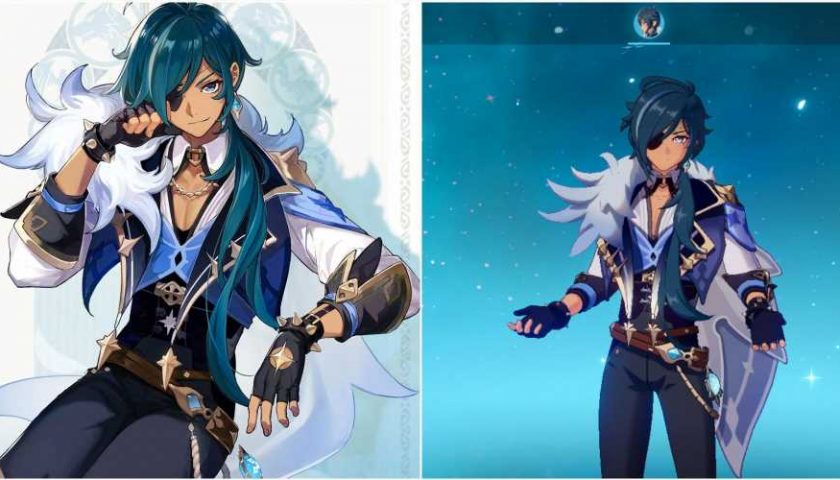 Kaeya is the Knights of Favonious' charming Cavalry Captain. A character as mysterious as he is charming, he gets along with everyone in Mondstadt, although his way of speaking can irritate certain people. Kaeya is Diluc's adopted brother and they grew up together, albeit their relationship is rocky at the moment over a disagreement, hardly speaking to each other these days.

Right now, Kaeya is one of the best Cryo Sub-DPS in Genshin Impact thanks to his Elemental Burst, which, due to its ease of use and overall value, can easily be used with other characters to trigger Melt and Superconduct along with the bonus ability of freezing enemies 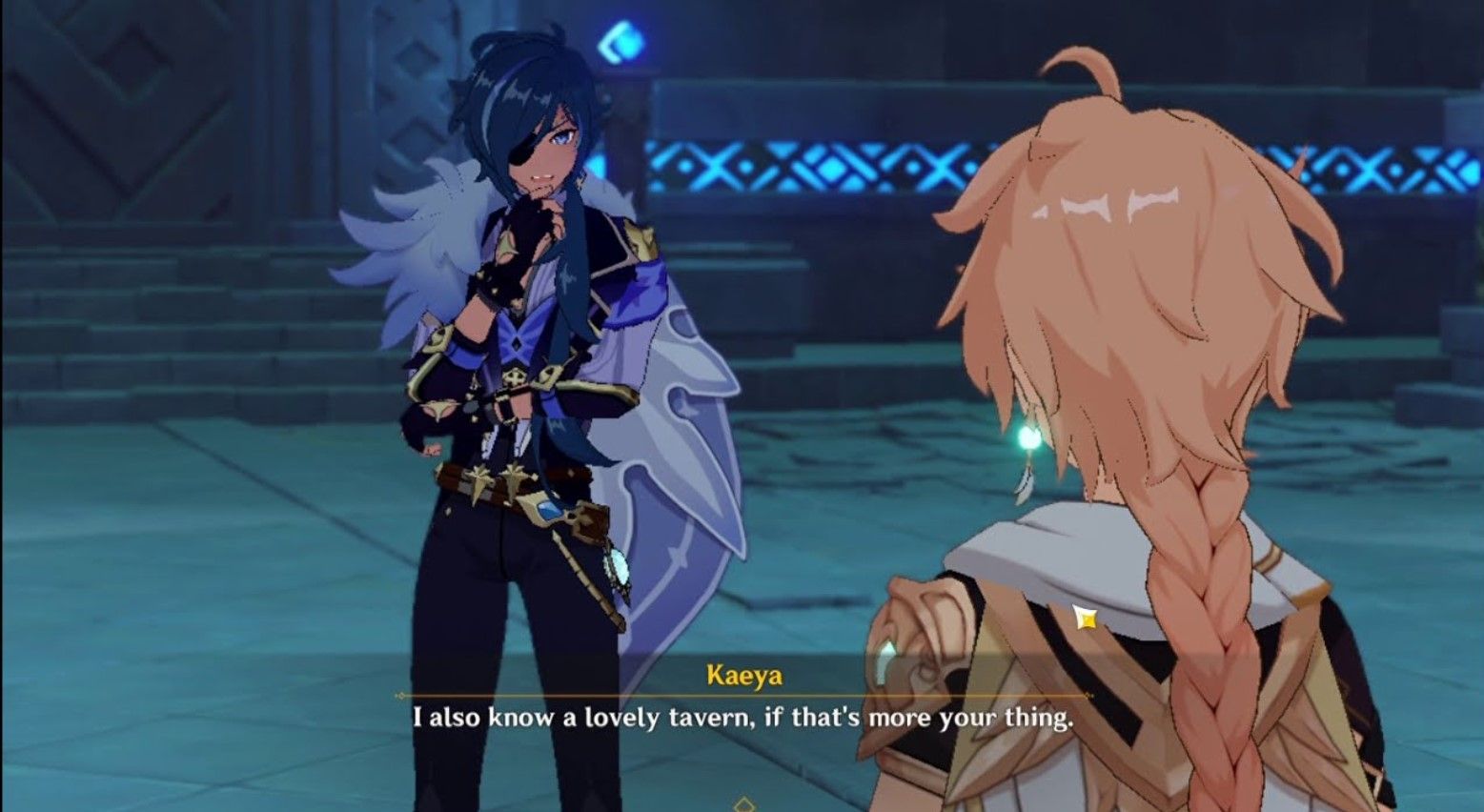 Since you get Kaeya at the start of your journey, it is safe to assume that you will be using him for the majority of the early game. He will certainly make exploring the world of Teyvat a lot easier and considerably faster.

Hidden Strength, Kaeya's Passive Talent, reduces the party's sprint stamina usage by 20%, making him valuable when hunting for resources and treasure in Teyvat. Along with that his height also reduces the stamina consumed while climbing and swimming. 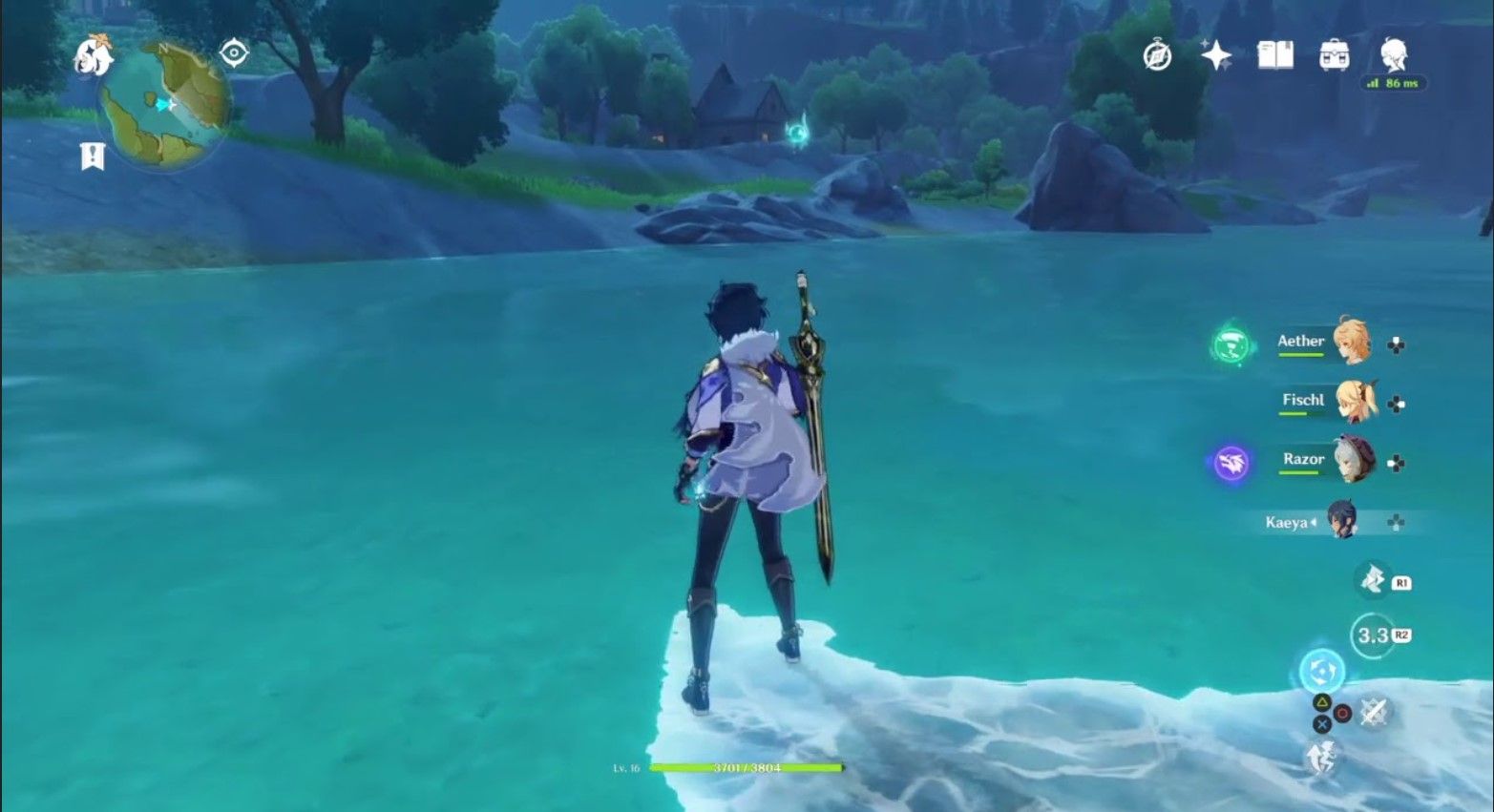 Just like the real world, there are plenty of lakes and seas in Genshin Impact. As you progress through the main story and get to Inazuma you will also have to explore all the small islands to hunt for treasure and Seelies.

This is where the short cooldown of his Elemental Skill comes in handy. You can use this skill to freeze the surface of the water and stand on it. Just wait for the cooldown, and you can create an Ice Bridge in this manner. This is a pretty convenient trick if you want to travel large distances over water. Just don’t try to make an Ice Bridge to Inazuma!

Selecting the Artifacts for Kaeya will depend on the team that you are using. But you can’t go wrong with a 2-piece Blizzard Strayer and 2-piece Noblesse Oblige set. With this combination, you will gain an additional 15% Cryo DMG bonus and 20% Elemental Burst damage.

Since he is a DPS character, the main stat for his artifacts should be Attack%. You can use a Cryo Damage Goblet to boost his Cryo damage. And if you have good Attack% artifacts, you can go for a Crit damage or a Crit Rate circlet based on your requirement.

Kaeya is an excellent DPS character and needs an appropriate weapon to maximize his damage potential. While we recommend using your 5-Star Swords on 5-Star Characters, if you like Kaeya and his play style, you can go for the Mistsplitter Reforged or the Primordial Jade Cutter. Both these swords have a Crit bonus stat to increase his overall damage.

For free-to-play players, the best 4-Star option is the Amenoma Kageuchi. It is a free 4-star craftable weapon that can be obtained in the Inazuma region. It has Attack% as its bonus stat and its Skill Effect buffs his Energy Recharge.

Which Constellation Is Best? 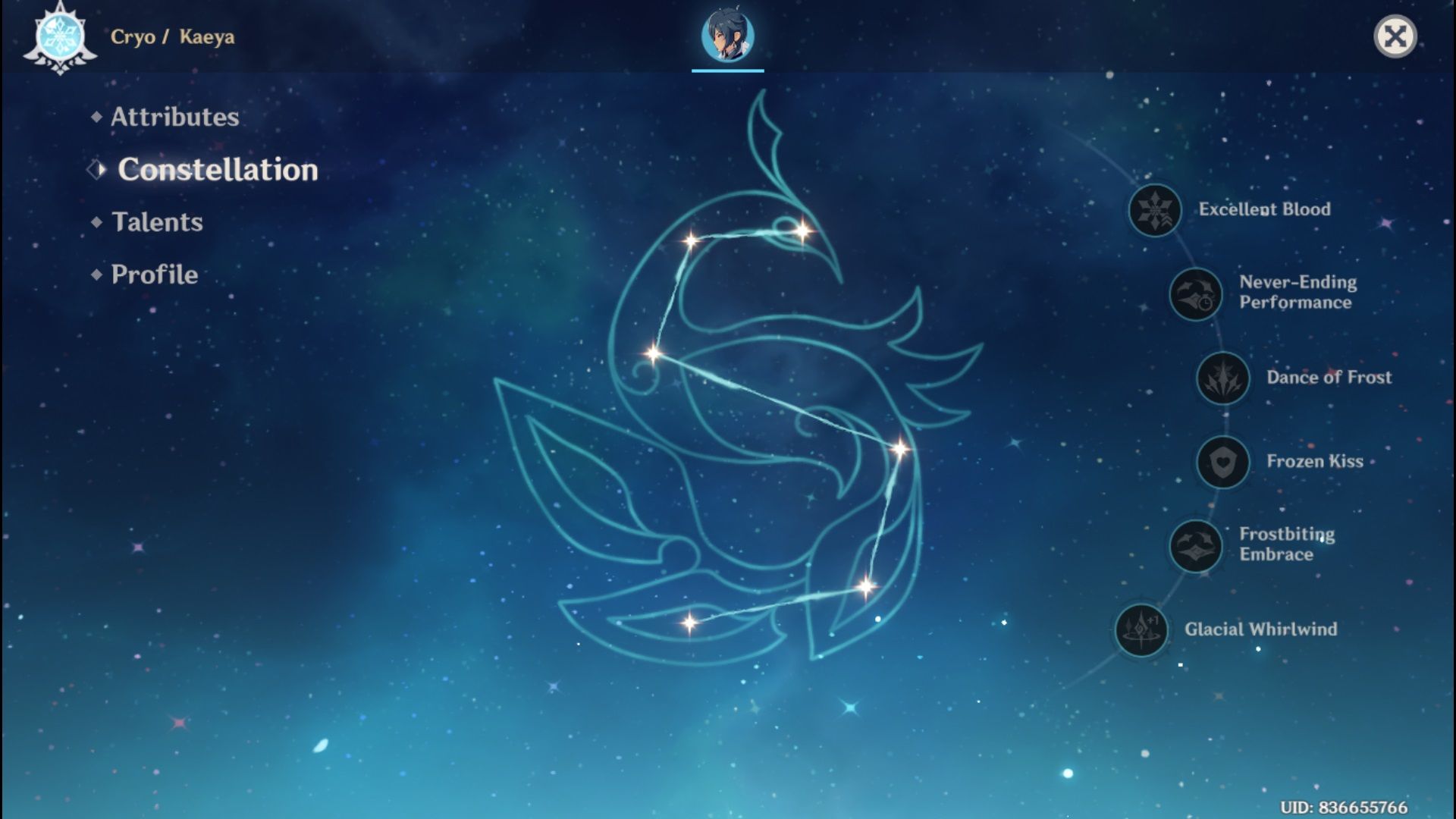 Getting Constellations for Kaeya is quite difficult as he is available only on the Standard Banner. Apart from that, you can also get him from the shop, but he does cost 34 Starglitter. If you like his play style and character design you should buy his constellations from the shop rather than rolling on the standard banner just to save your Primos and increase your pity on the Event banner.

For a Sub-DPS Kaeya build, Constellation 1 and Constellation 6 are the most important. C1 increases the Crit Rate while C6 buffs his Elemental Burst. But if you are using him as a Main DPS, you will also benefit from his Constellation 2. Kaeya’s C2 increases the duration of his Burst by 2.5 seconds every time you defeat an opponent. 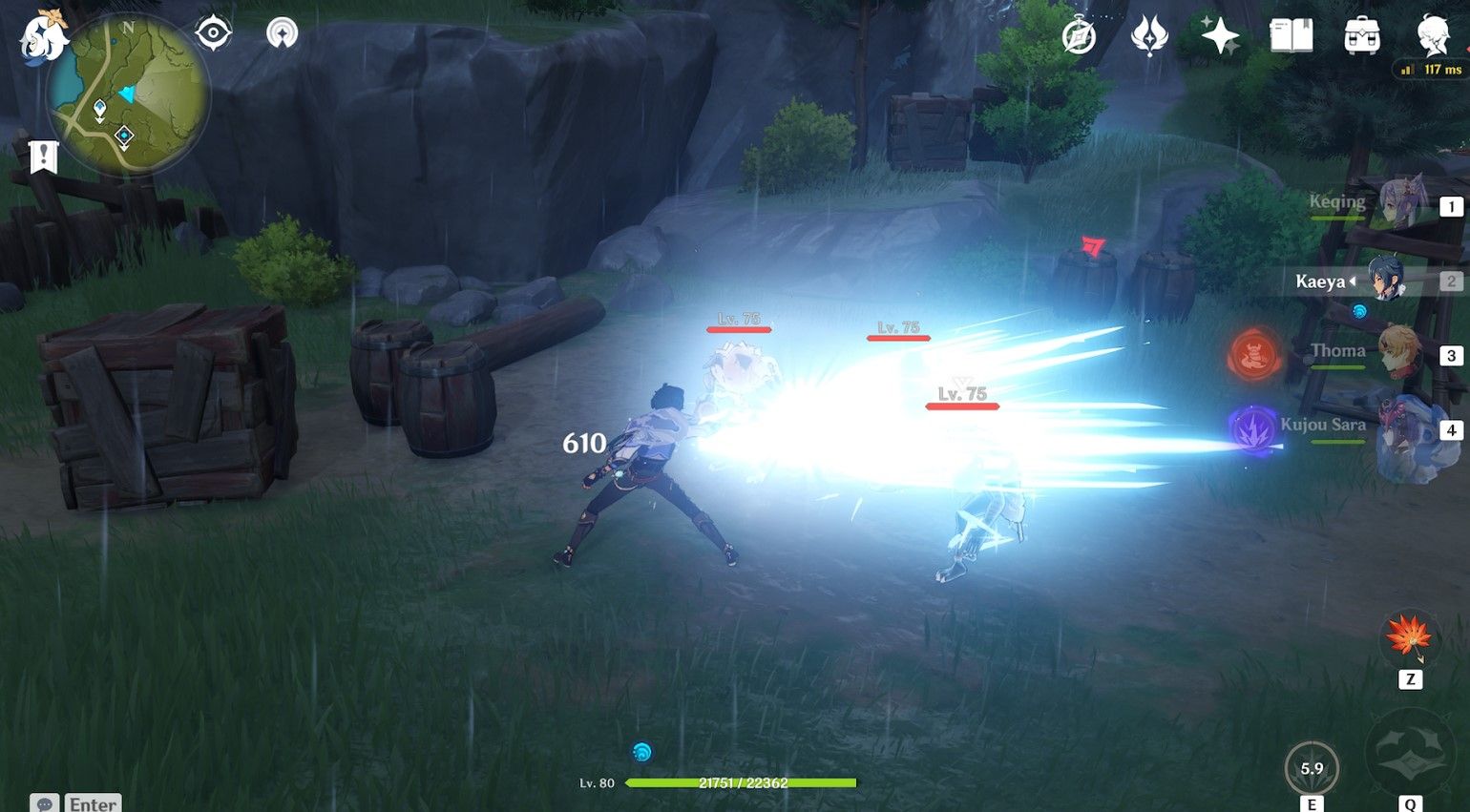 Frostgnaw, Kaeya's Elemental Skill, has a 6-second cooldown, allowing for continuous Cryo application. When paired with a Hydro character, Kaeya can keep enemies frozen at all times!

Glacial Waltz, Kaeya's Elemental Burst, is similar to Xiangling in that it surrounds the character in spinning icicles that give many hits of Cryo damage. This effect can be utilized to build up several Elemental Reactions because it persists even when switching characters. 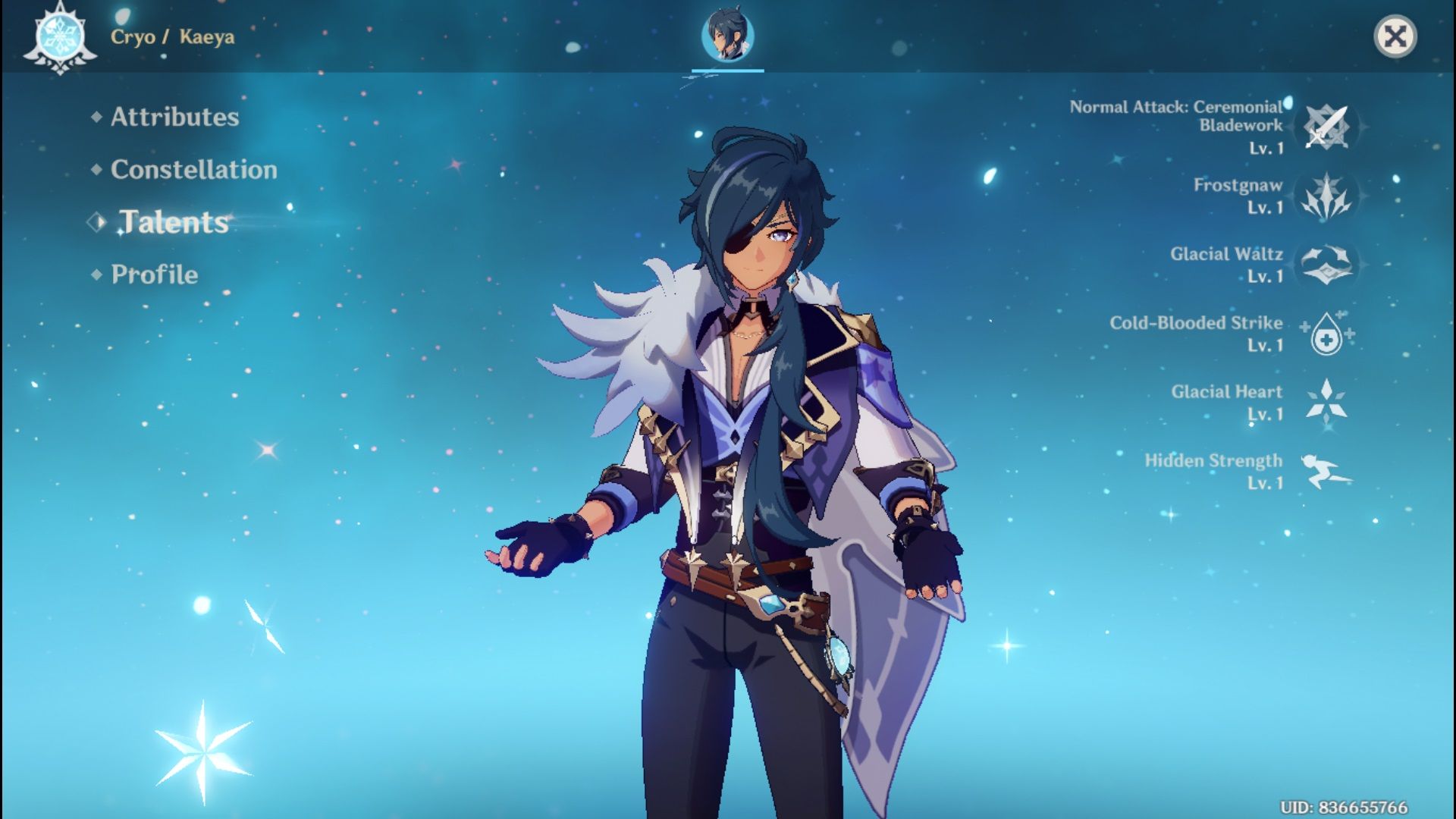 His Elemental Skill is also a great choice since it has a short cooldown that allows you to freeze enemies and generate Energy particles. You should only level up his Normal Attack if you use him as your main DPS in a Superconduct team.

Kaeya will be largely supported by a Hydro character that can deal Hydro DMG off the field, allowing Kaeya to freeze enemies. This will not only boost Kaeya with his best Artifact Set, but it will also keep him safe as enemies will remain frozen.

Only one Hydro character and one character who can deliver additional buffs to the party are required in the team composition. An Anemo support character like Sucrose or Kazuha with the Viridescent Venerer set can be used to reduce Elemental Res. 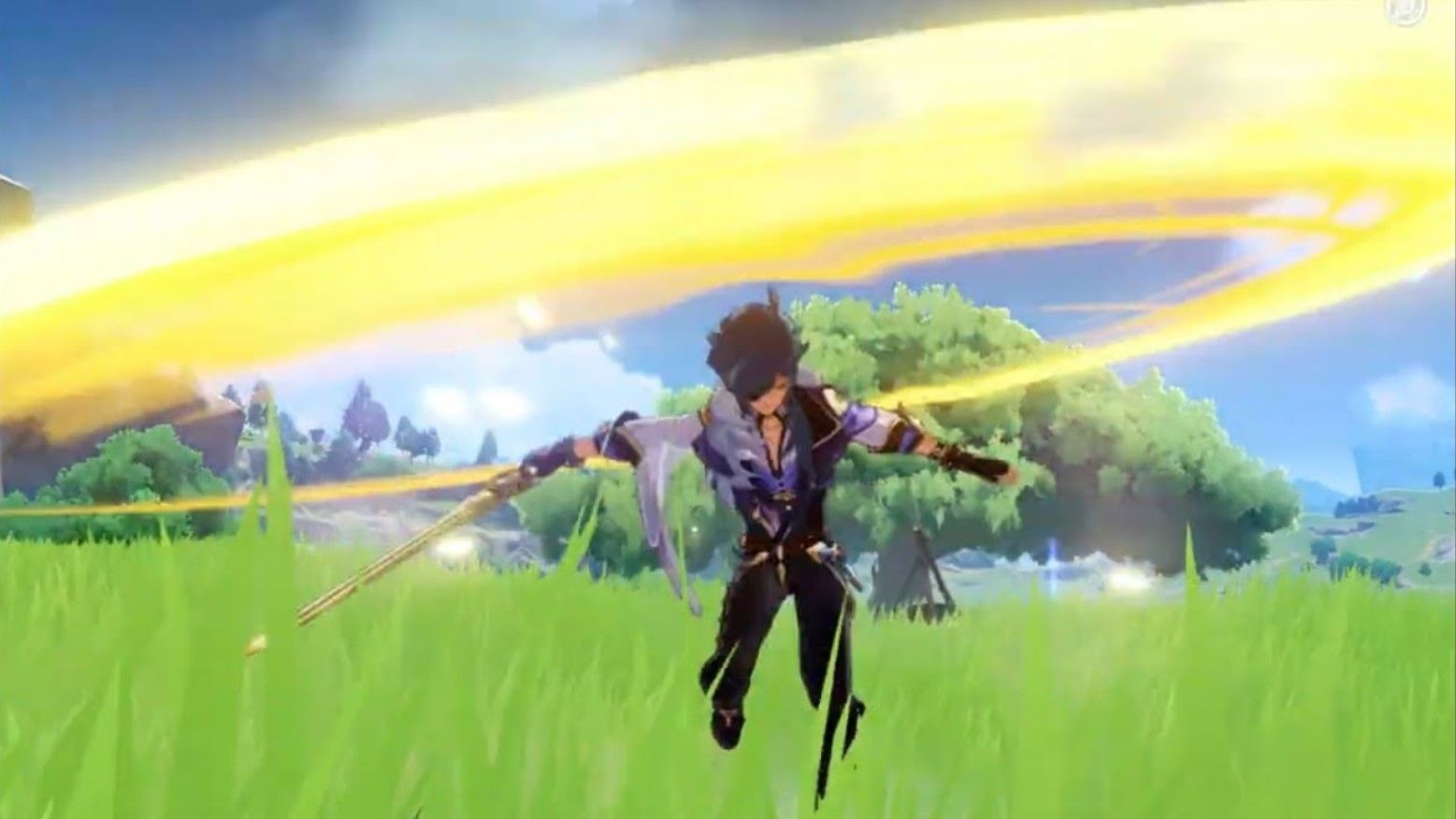 Kaeya's entire kit synergizes with supporting another, hence a Cryo Main DPS will be best in a Freeze comp. While Ayaka is best because she is close-ranged, with this team comp, having Ganyu or Aloy take the lead is still an option.

He can provide energy back to the Cryo Main DPS due to his Elemental Skill's six-second cooldown. In addition, Kaeya and Blizzard Strayer's complementary nature, combined with his Heart of the Abyss passive, will aid him in producing extra energy.

This also helps your Main DPS in dealing more Physical DMG to enemies who are affected by Superconduct. Electro Main DPS like Keqing and Razor work well with Kaeya. You can also use a Physical-build Fischl, but keep in mind that Fischl must be close to the enemies for Kaeya's icicles to hit them.