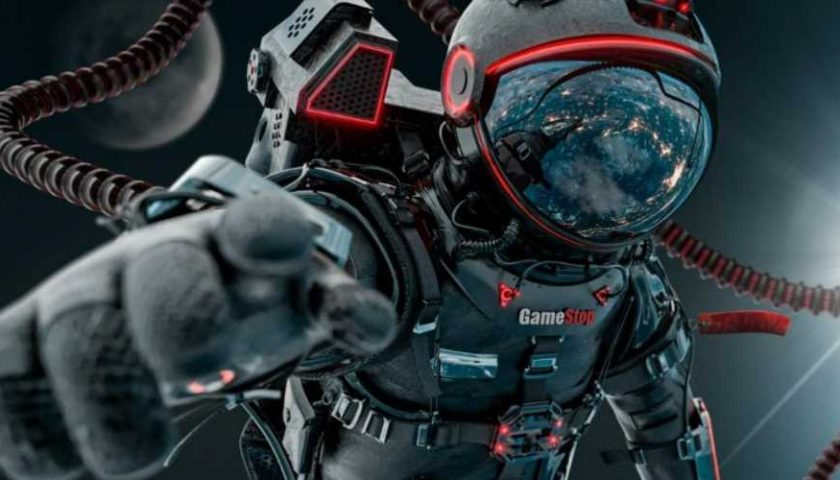 GameStop expressed its interest in NFTs some time ago, back before every company under the sun was doing it. However, the project's Twitter account only went live this week, after numerous scams have already flooded the space. Yet the retailer is undeterred, and is going ahead with its launch despite the recent crypto crash, which left many distraught as the value of their digital assets and currency plummeted.

GameStopNFT has shared its first few tweets and is looking for creators. So far, it's mainly concerned with educating the public on what the blockchain actually is, suggesting it is aiming to get first-time crypto buyers involved with the project. Of course, this is after many who were brought in during the first wave of the NFT craze have lost hundreds or even thousands in crypto, in a slump that the community still hasn't recovered from.

Right now, the only thing you can do with GameStopNFT is submit an application to become a creator. There's no set date for when the marketplace will open, as it's just listed as "coming soon".

Despite GameStop's run of luck with 2021's bizarre stock market incident, in which thousands of ordinary people bought up shares in the company, it actually ended the year on a huge loss of $381 million. It has previously stated that it plans to make up for this loss with its NFT project. This hasn't come cheap, as it has set aside $100 million to get game devs involved so it can sell assets such as skins and weapons. Considering NFT sales themselves have recently dropped off 92 percent from last September, this might not be the soundest plan to evade the financial woes.

As we reported last week, the crypto market recent hit its lowest point since 2020. Almost a trillion dollars was wiped from the cryptocurrency market at large, as Luna lost 99 percent of its value. Like many coins, it has failed to recover from this crash so far. It remains to be seen if GameStop ploughing ahead with its plans helps get the marketplace out of this hole.