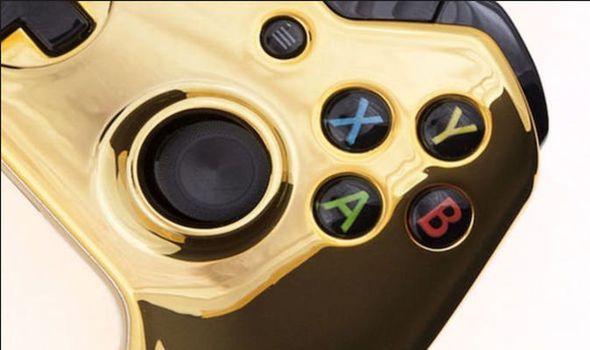 Xbox One and Xbox 360 owners only have a few hours left to download some of June’s Games with Gold releases.

Games with Gold subscribers can currently download EA Sports NHL 19 and The Golf Club on Xbox One, while Xbox 360 users can grab Portal: Still Alive (which is also playable on Xbox One thanks to Backwards Compatibility).

Unfortunately, however, The Golf Club and Portal: Still Alive are about to depart the lineup, which means there’s just a few hours left to download.

From June 16, The Golf Club and Portal: Still Alive will be replaced by Rivals of Aether on Xbox One and Earth Defense Force 2017 on Xbox 360.

Rivals of Aether is a 2D platform fighter featuring guest characters like Shovel Knight and Ori.

“Summon the power of the four elements: Fire, Water, Air, and Earth to battle your opponents in Rivals of Aether,” reads the official description.

“Unravel the mystery of the planet in Story mode, band with friends in Abyss mode or test your skills against other players online. Skills and tactics are key in this electrifying platform fighter.”

Earth Defense Force 2017, on the other hand, is a third-person action game in which players battle huge alien monsters.

“For four years, the population knew alien invaders were coming, so the Earth Defense Force was created to stop them.

“Now is that time. Annihilate swarms of enemies, some 20 stories tall, using your reconnaissance, infantry, and special ops forces. With all manner of weapons and vehicles at your disposal, defend the planet at all costs.”

As an added bonus, Xbox One owners can also download an old Xbox 360 classic for free.

Xbox fans can download Xbox 360 release Too Human free of charge on Xbox One and Xbox 360.

To download the game, just visit the Too Human page on the Xbox website, or search for the game through the Xbox One and Xbox 360 store.

Combining hack and slash and gunplay, Too Human is a third-person action game.

“As the cybernetic god Baldur, players are thrust into the midst of an ongoing battle that threatens the existence of mankind,” reads the official description.

“An ancient machine presence has forced the hand of the gods, and now Baldur is charged with defending humanity from an onslaught of monstrous war machines bent on the eradication of human life.”

It’s Microsoft’s way of saying farewell to Backwards Compatibility, after confirming that no new games would be added to the lineup following this week’s update.