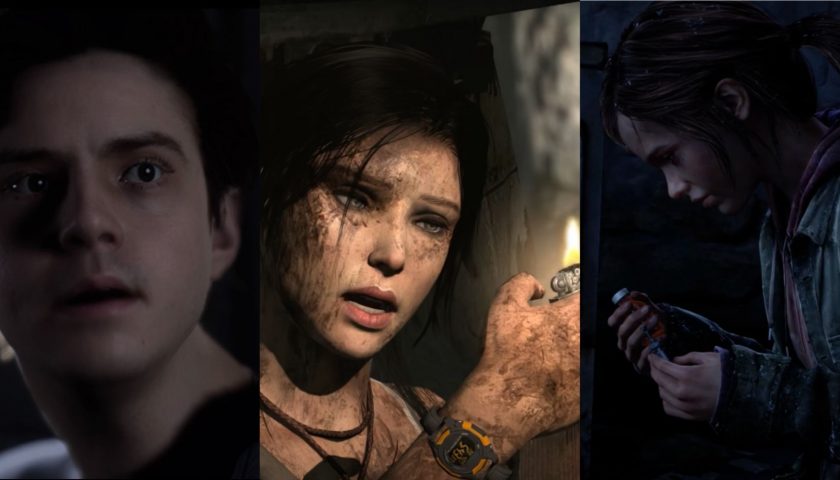 Have you ever played a game where the playable character has just sustained catastrophic injuries from a fall or explosion, yet they’re on their feet seconds later like it never happened? So many games allow you to heal yourself with a variety of options. Whether you’re collecting rags and alcohol to put on your wounds or eating a questionably delicious meal, there are plenty of ways you can see your character bounce back from gunshots, stab wounds, zombie bites, and more in the blink of an eye.

But occasionally, your character’s injuries can’t be healed in simple ways. Sometimes you’re physically impaired for a longer amount of time and your traditional methods of healing won’t help you. These are some games where your character is actually affected by their injuries. 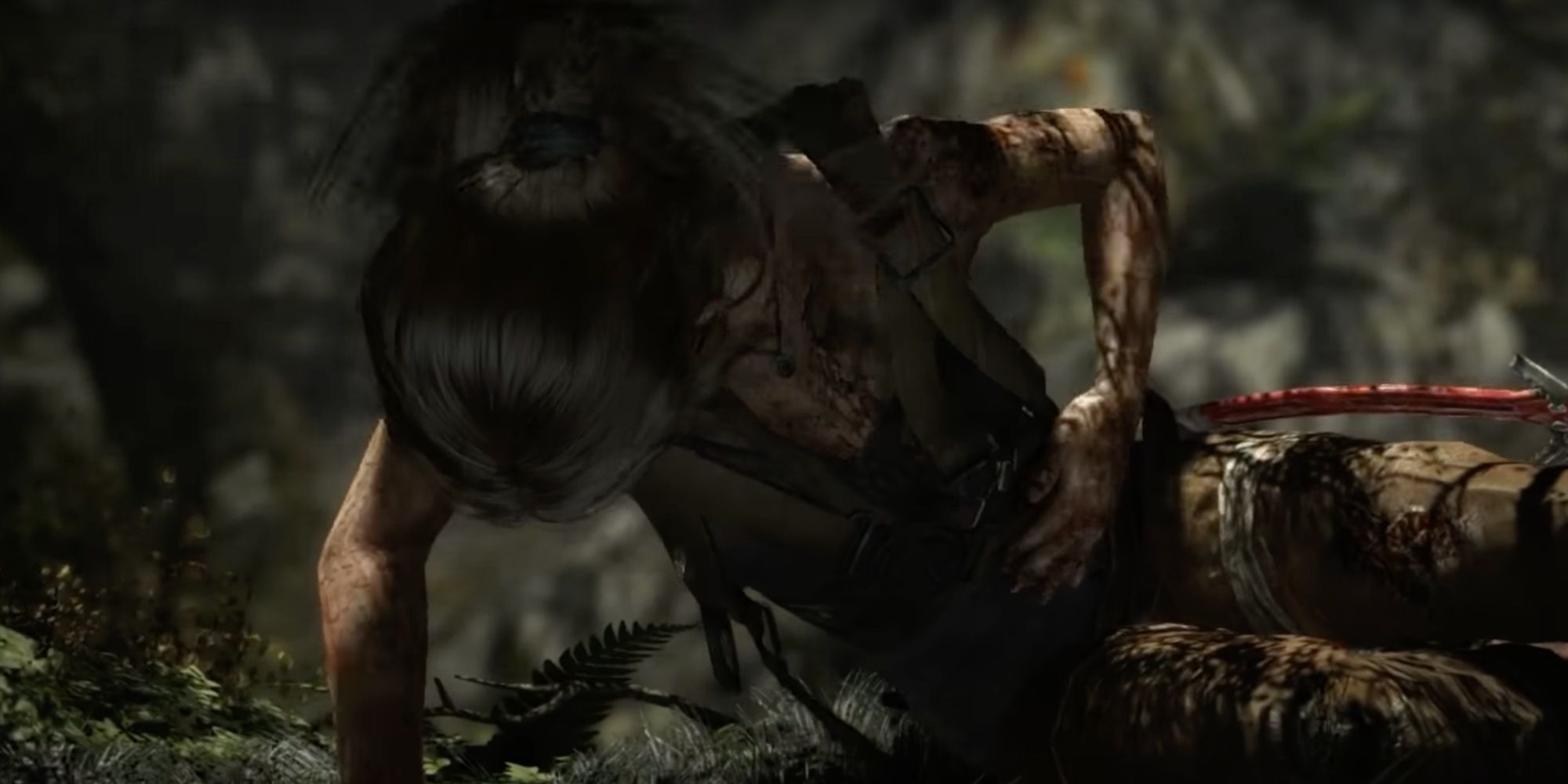 The Tomb Raider reboot story for Lara Croft forces her to undergo traumatic circumstances and injuries, but she usually pulls through fairly swiftly, no matter what the situation is. This is true until one particular incident, in which Lara just manages to grab a parachute pack before falling from towering heights.

You manage to pull the cord, but it’s a little too late to gain control. Because of this, you fall through the trees, hitting every possible branch on the way down. After this, you’re forced to deal with your injuries until you can eventually treat the wound. Climbing is difficult and running is impossible. You just have to struggle along until you reach the helicopter in the Shanty Town. 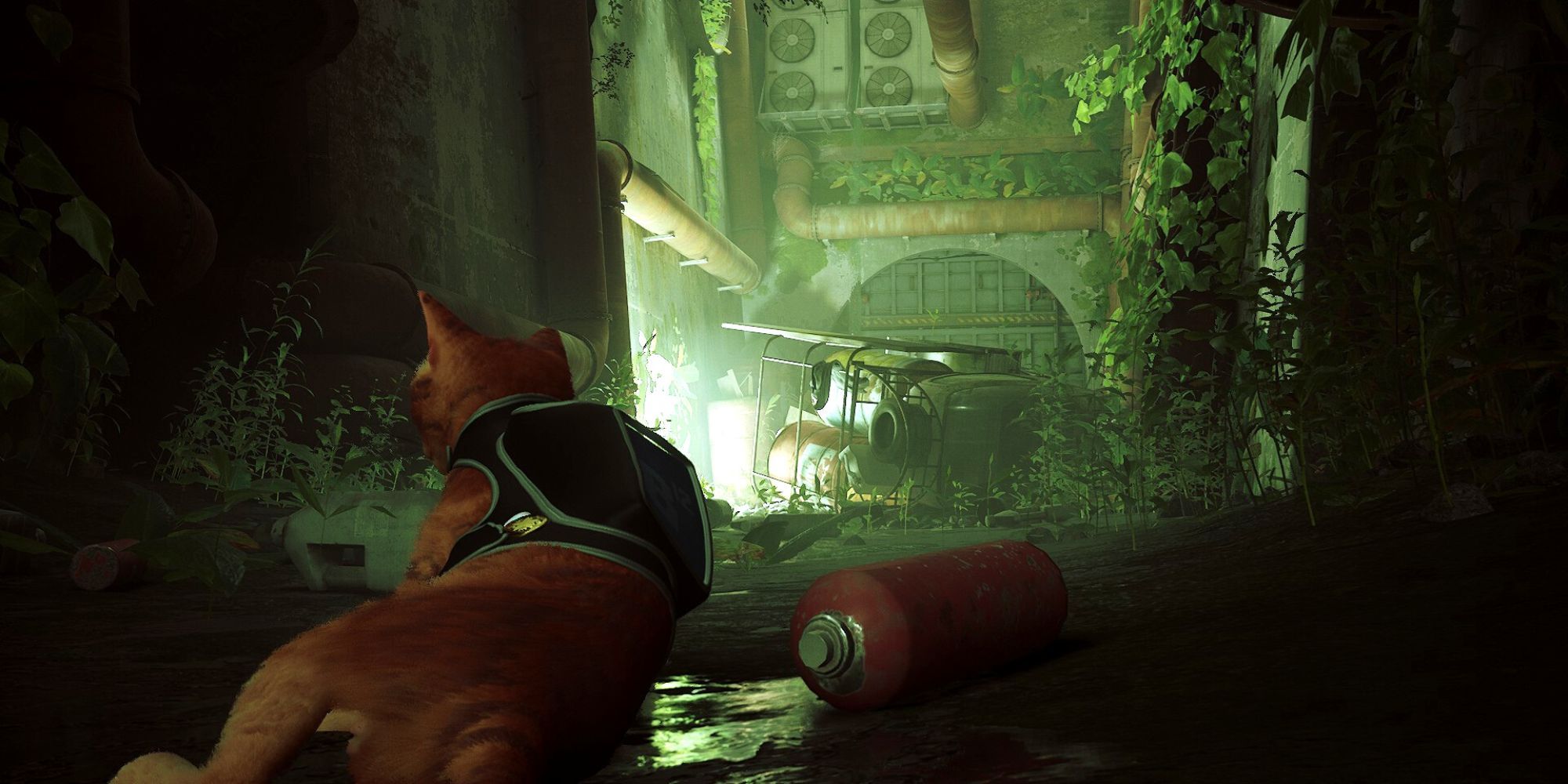 Your injuries don’t last long in Stray, but you do see consequences to one of your chase sequences. As you’re running away from the Zurks, you’ll jump into a cart that brings you speeding down an alleyway. You’re able to escape, but unfortunately, you don’t land on your feet.

In this sequence you’re thrown from the cart and onto the ground. There’s something about a cat being injured that’s exponentially more heartbreaking than a human character. The fall causes you to limp away as you search for Doc’s hideout, but thankfully, it doesn't last too long. 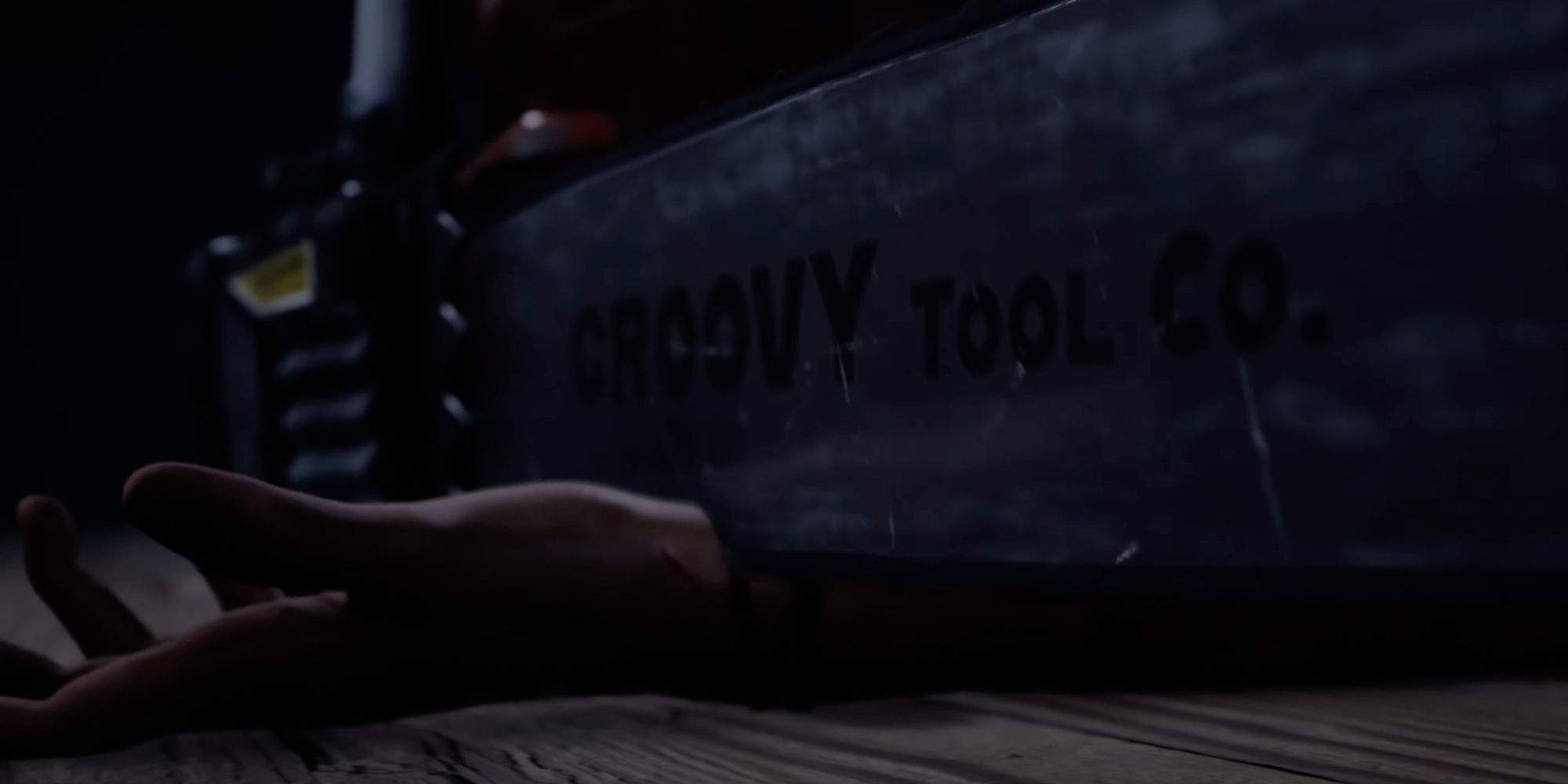 The Quarry forces you through some terrifying situations and like many other Supermassive games, your character’s injuries don’t go away. In fact, they may be fatal, and they're always permanent. There are also plenty of moments where your injuries will have a significant effect on your character.

You don’t bounce back from getting stabbed or having a limb amputated. You can be forced to live with the consequences of your choices until the end of the game unless you find some way to escape your fate. 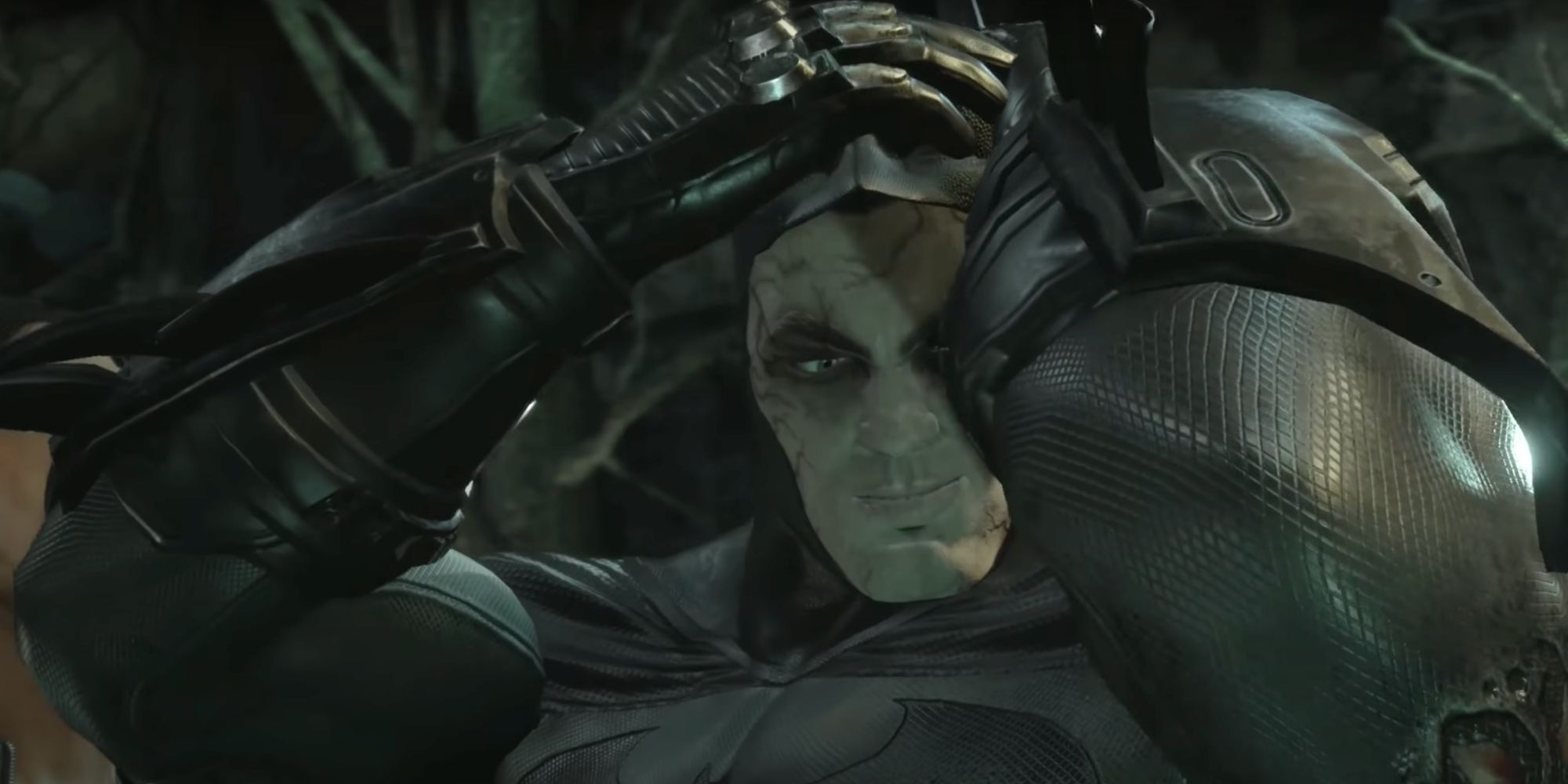 The world’s greatest detective escapes death probably more than any other DC Comics character, but even the Dark Knight sustains an injury from time to time.

Early in Batman Arkham City, you’ll be infected with a deadly virus that gradually takes its toll on your body. You spend the game searching for the cure, as your symptoms progress. These symptoms can be seen on Batman’s face and affect his motor skills and vision. Luckily for you and Gotham, Batman never give up and can rely on determination alone to get him through the game. 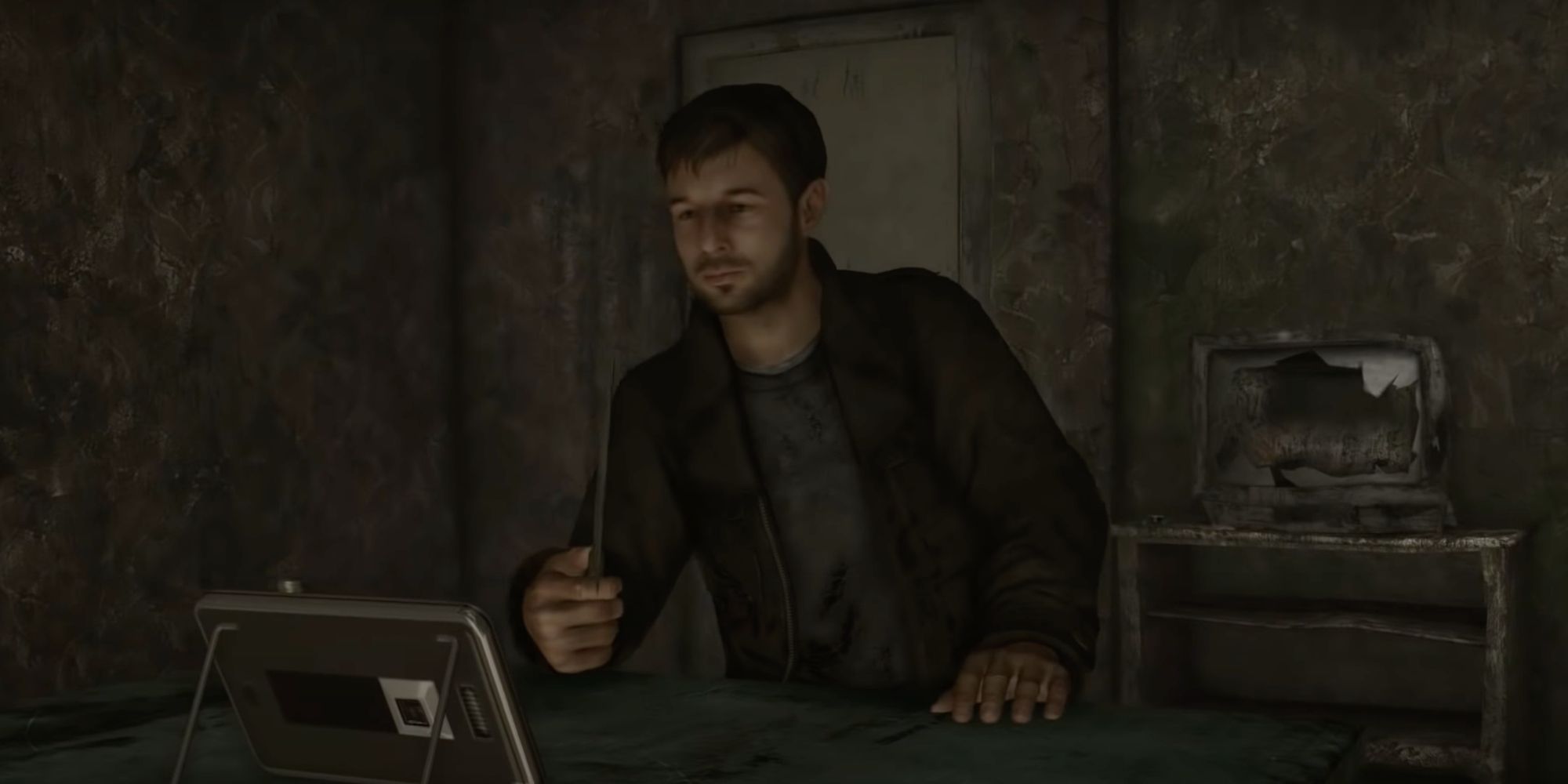 A lot of injuries you’ll sustain in Heavy Rain can be easily healed, but there’s one particular scene that you can’t come back from.

Ethan Mars is searching for his missing son, who’s been kidnapped by the infamous Origami Killer. He's desperate to find his son, so you’re faced with making a permanent choice in exchange for answers. The lizard trial is incredibly violent and painful and there’s no guarantee your efforts will be fruitful, yet the damage will be lasting. 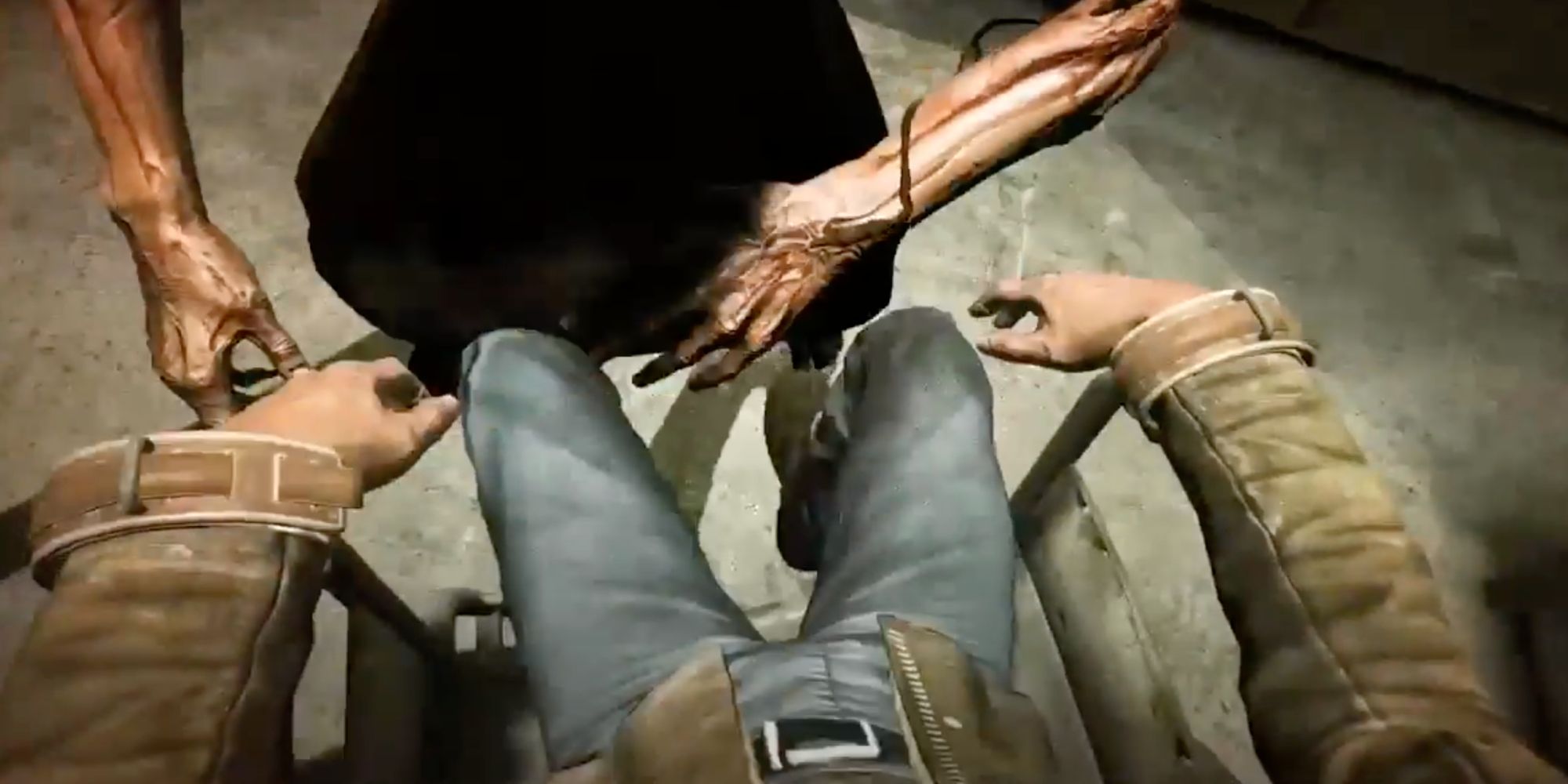 Miles Upshur, the investigative journalist main character of Outlast, is constantly being chased and attacked by violent, recently-freed patients in the Mount Massive Asylum. As if things couldn’t get any worse, you’ll find yourself in the medical bay of the Male Ward.

There, you’ll meet Richard Trager, a former employee and a current patient of Mount Massive Asylum. He’s sadistic and has a cruel interest in surgery. You’ll discover this the hard way when he ultimately manages to strap you down to a wheelchair and perform some questionable surgery.

3 Everyone – The Last Of Us 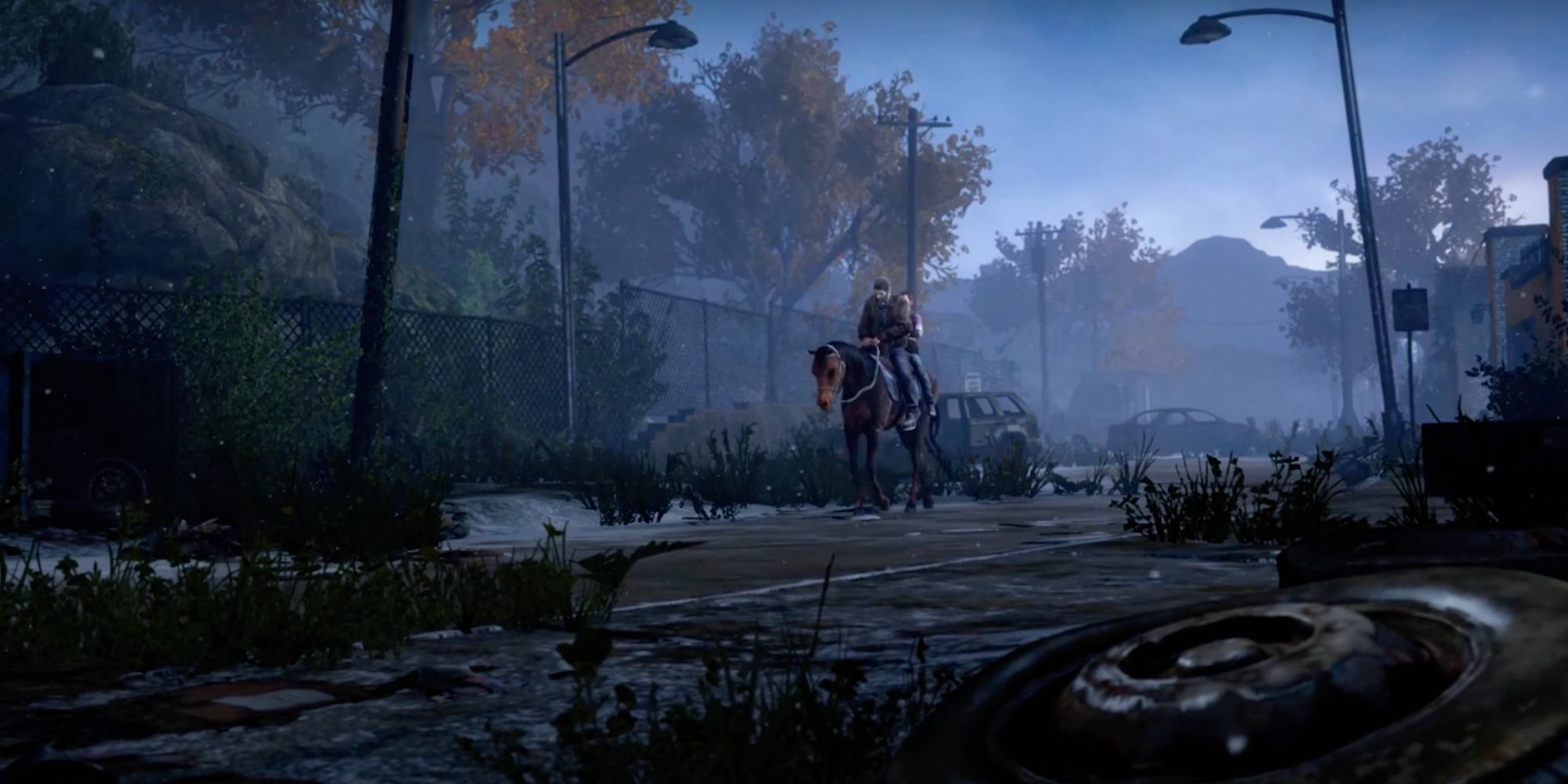 The Last of Us is filled with devastating experiences in a post-apocalyptic world. With the risk of being infected with the Cordyceps virus, being eaten by the infected, or being killed by other survivors, the game is stressful, to say the least.

You’ll likely sustain many injuries throughout your playthrough, but one that’s unavoidable is what happens at the university, in which a playable character is so injured that you won’t be able to play as them for some time. And your time without this character is much longer than any other on this list. 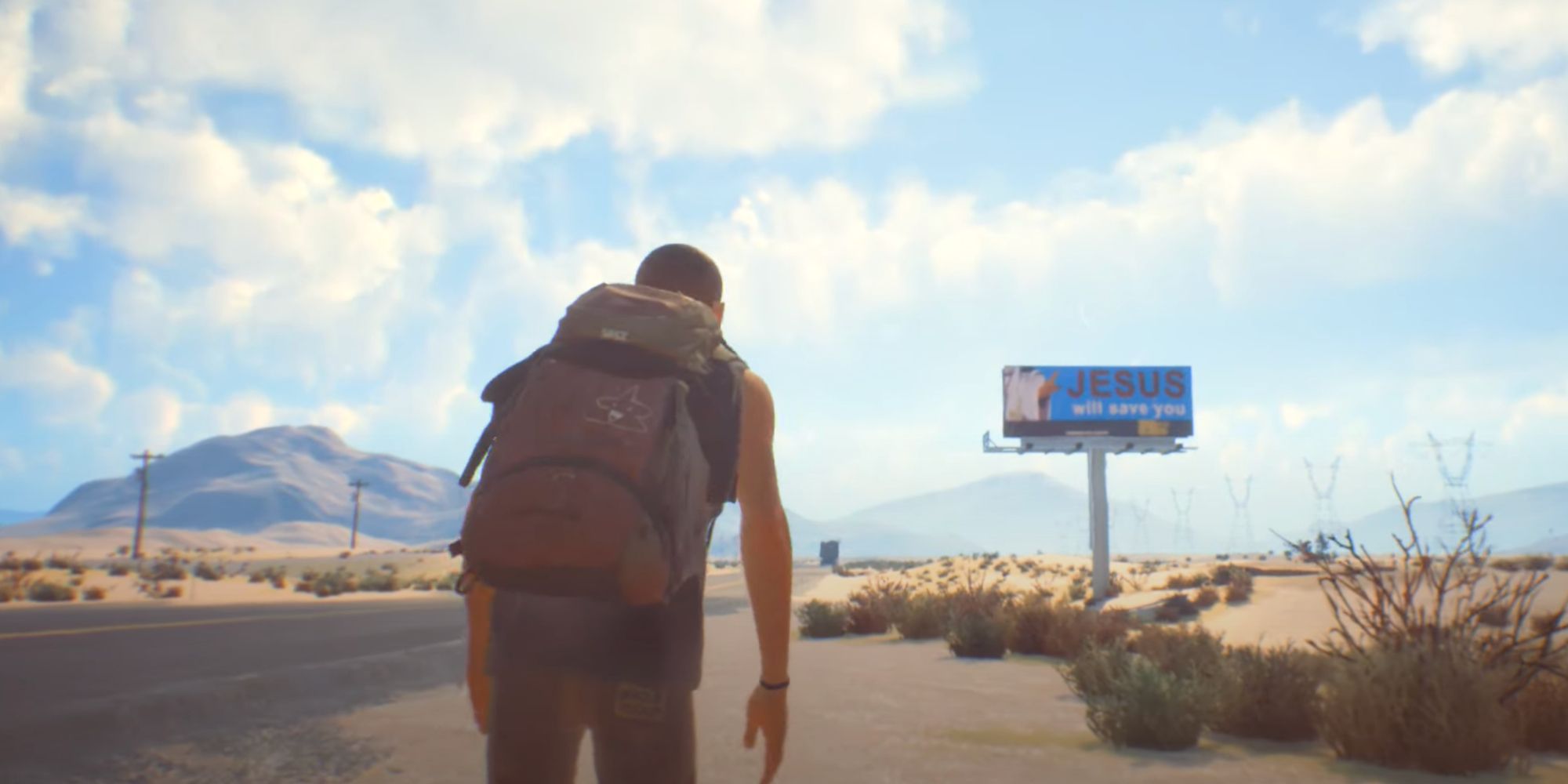 There are multiple moments where Sean can become injured in Life is Strange 2, and some of these injuries are unavoidable. You can be affected by the environment, like the extreme heat, and can become tired.

If you are injured, you don’t recover quickly. Instead, you’ll need to learn to adapt to these changes. Much of this can be seen in Episode 4, in which Sean’s stamina and depth perception are affected. The teenager is truly put through the wringer, and the game doesn’t let you forget it.

1 Everyone – The Walking Dead 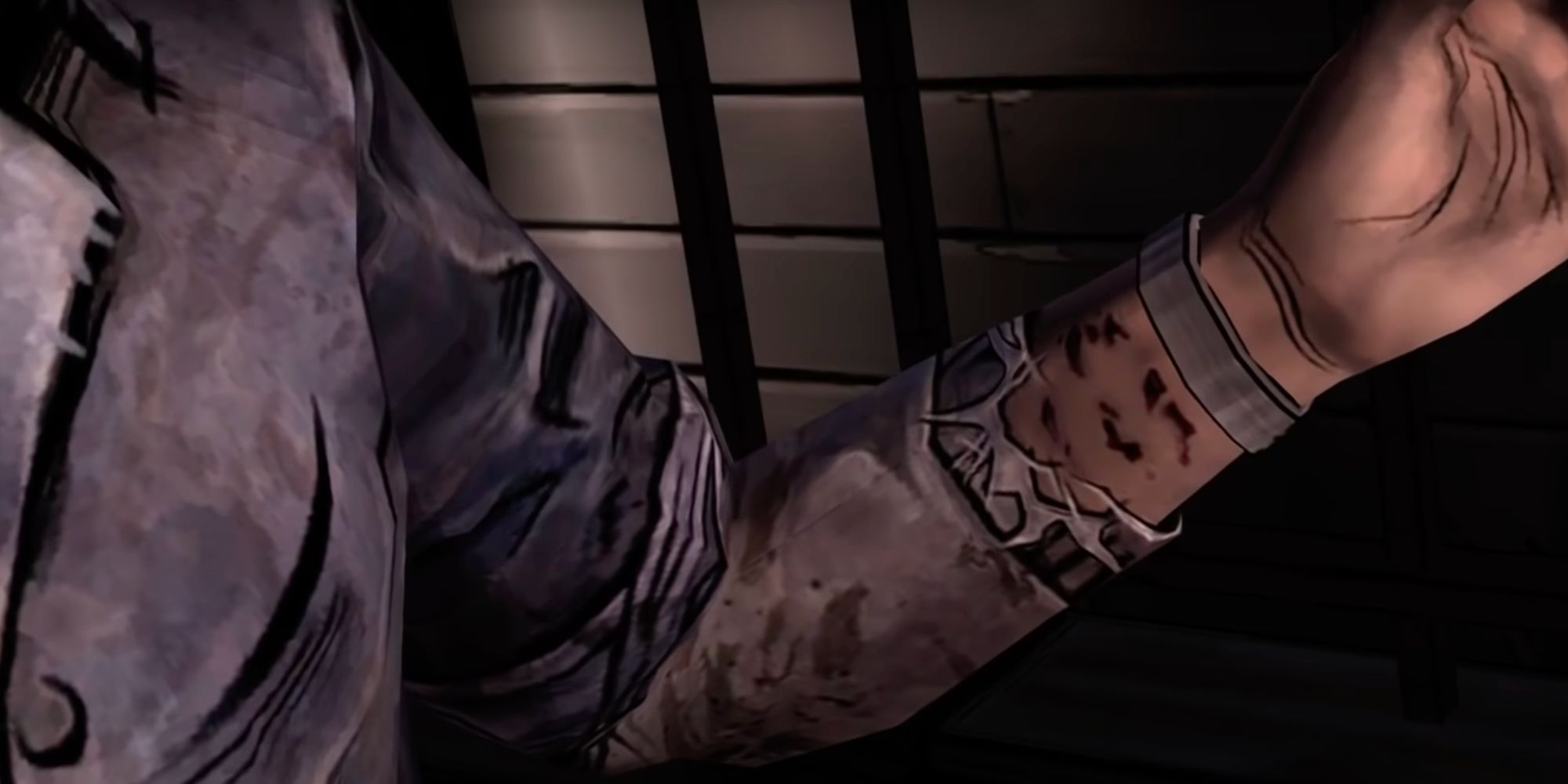 If you know anything about Telltale's The Walking Dead, you know that a bite from a Walker is a mortal wound. You either turn into a Walker or choose not to see the effects of your transition. But sometimes, if you’re bitten on a limb, you can amputate the body part to stop the virus from spreading.

But, this isn’t always foolproof, as you need to act quickly enough to stop the virus. And regardless of your success or lack thereof, the character is going to suffer the aftermath of infection or amputation.