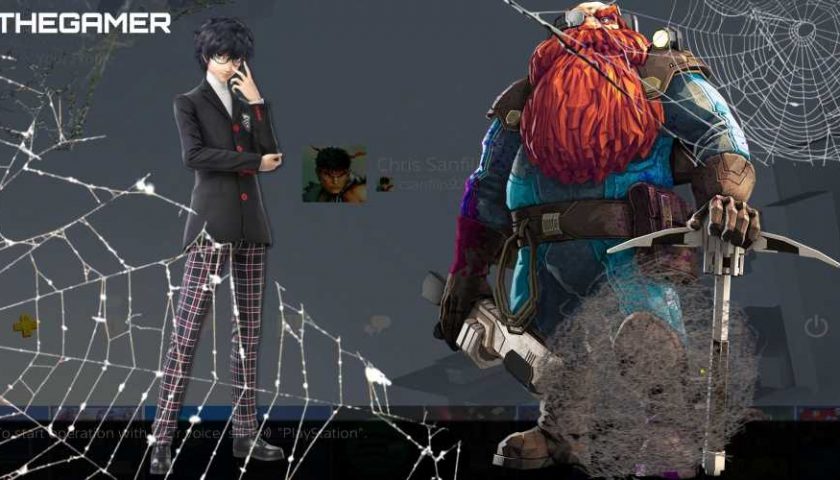 Have you ever seen those memes about avid readers who collect books they're never going to read? Well, video game nerds are precisely the same. For instance, my PS4 has 249 games on it. So guess which one I play the most? You're right! IT IS PIC-A-PIX PIECES 2! That's because I'm a depressed adult who gets tired when thinking about having to use my reflexes to pull off a V-Counter.

Kidding aside, there are plenty of video games on my PS4 that I revisit repeatedly. They range from frustratingly difficult to breezy affairs. Still, there are more than a few that I downloaded, played once, and never bothered with again. And there are some that I have never touched, not even once. So here are a few of these poor unfortunate neglected games. 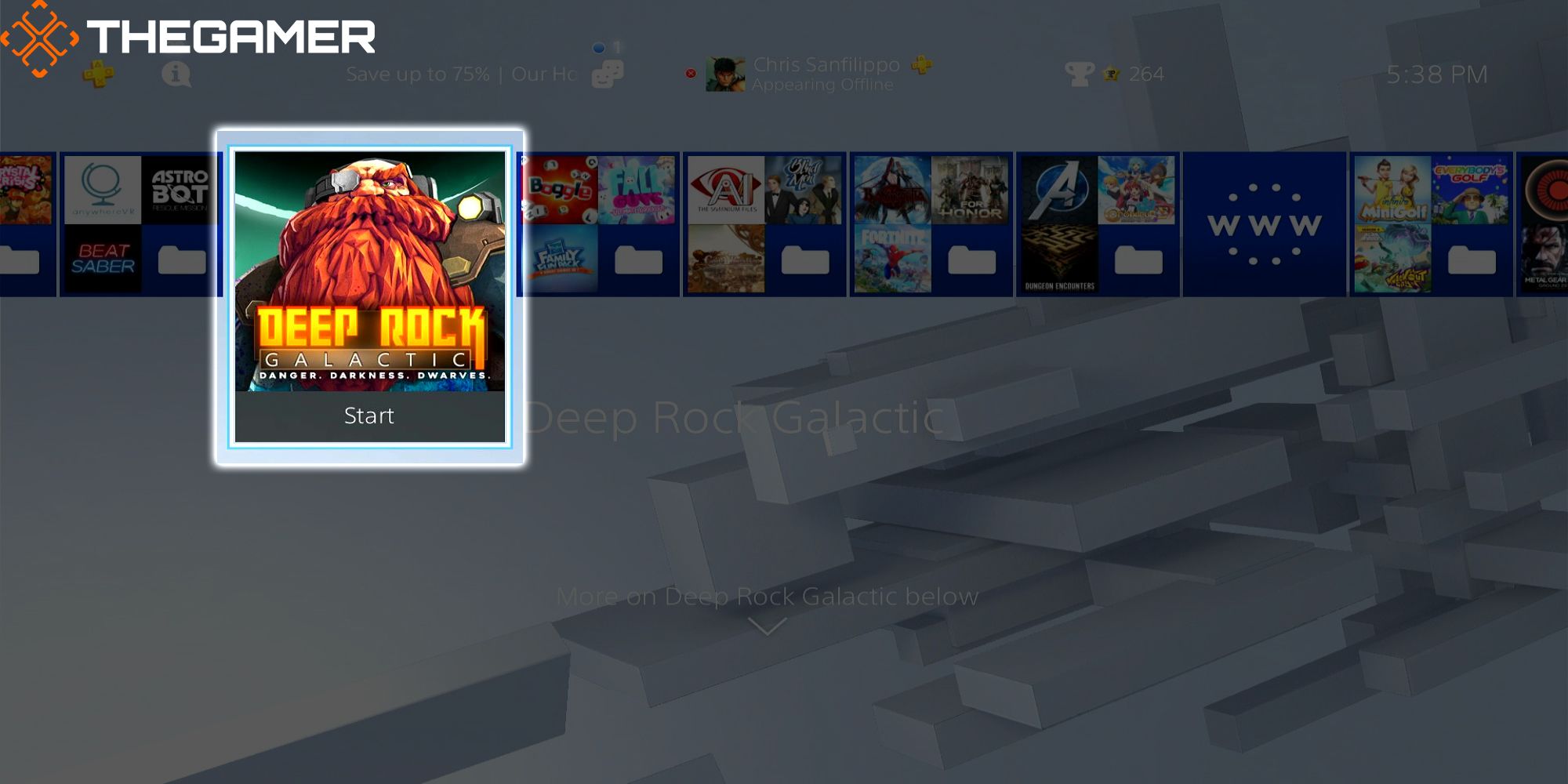 Wooooohoooo! I'm really gunning to get shunned by the gaming community, aren't I?

From what I've seen and read, I'm sure that the recently launched Deep Rock Galactic is the newest FPS flavor du jour. And I appreciate that. Really, I do. It takes skill to play and win an FPS, especially online, and I've tried to get into the genre multiple times. But, unfortunately, I'm a panicky dork with unsteady thumbstick hands that aim like shit. Give me a fighting game input any day, but ask me to accurately position a crosshair, and I'm as good as dead.

Yet, when I saw this game become free for PS Plus, I downloaded it anyway. Listen, I just want to get my money's worth. And the red-haired dwarf on the game icon looks fun, right? 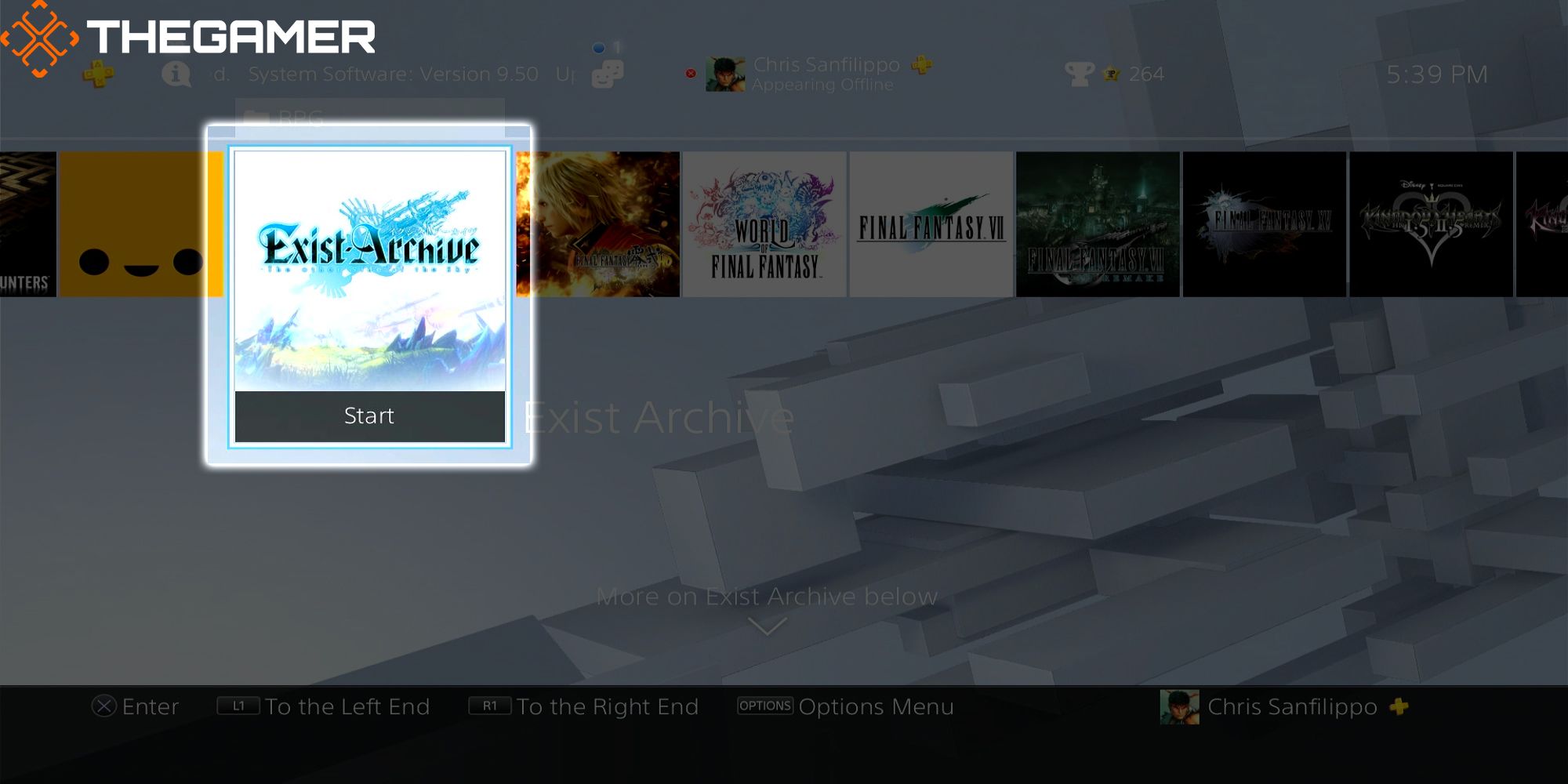 Let me preface this story by clarifying that I have absolutely no idea what Exist Archive is about. Yet, my eyes always pass it when I'm browsing pre-owned games. Plus, the logo is pretty. So this game lives deep in my subconscious somewhere.

Anyway, as I mentioned before, I'm a depressed adult. And some depressed adults, like myself, take medication that gives them really vivid dreams. So, one night, I had this odd dream about looking everywhere for this game and not being able to find it. (Usually, this dream manifests as a hunt for an original copy of Bust A Groove or an MVC sequel that redeems Infinite's disastrous mistakes. But I digress.)

Of course, I woke up the following day and downloaded the game through PS Now. So, have I played it? Nope. Do I still not know what it is? You betcha!

4 Shadow Of The Colossus 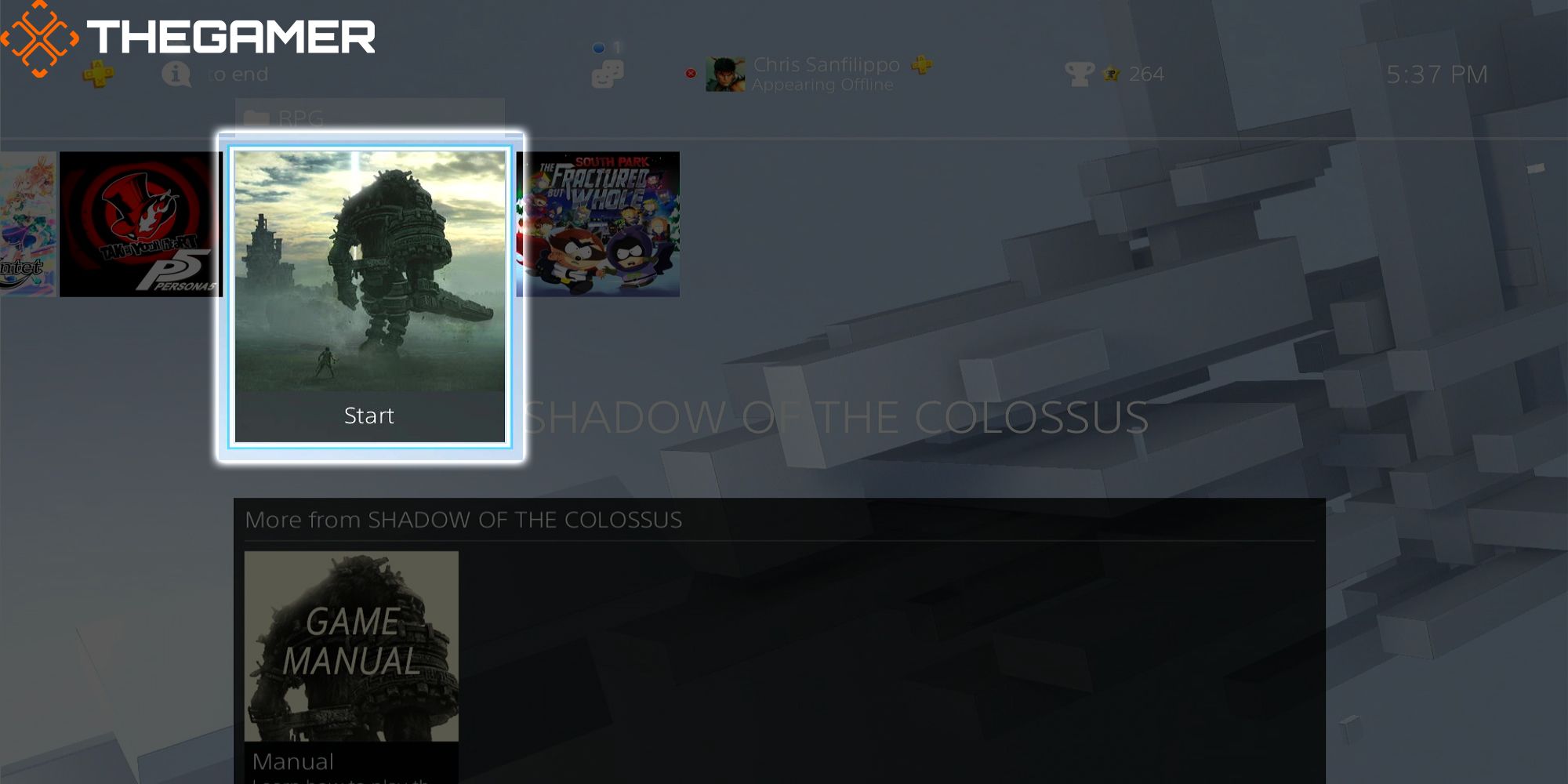 So, Shadow Of The Colossus. I know it's an RPG. And I'm almost positive I downloaded it because it became a free PS Plus game, and I wanted to put my new Seagate SSD to use.

Anyway, the moral of the story is to get yourself an Extended Storage device for your PS4. Seriously, it's the best. After receiving that solid-state drive, I've never had to delete another game in my PS4's lifetime. Sometimes, I forget those dark days ever even existed. But, I guess those memories are nothing more but a shadow now, a shadow…of the colossus.

3 The Walking Dead: Saints And Sinners 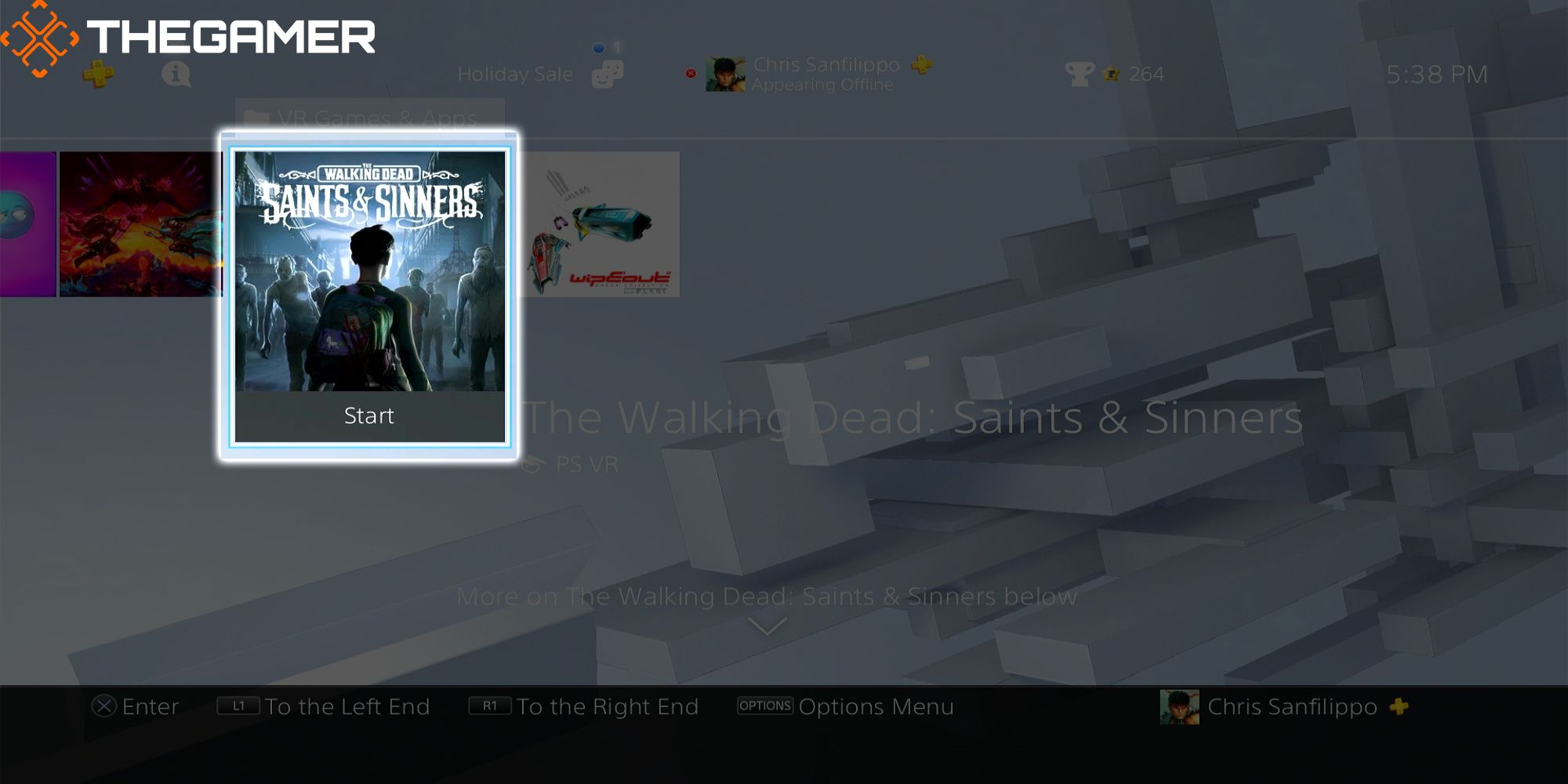 Here's a fun fact about me. I cannot handle horror games. However, horror movies are okay for me. After all, I can hide behind the pillow on my couch if I'm anticipating a gnarly jump scare. But that's the main difference between horror movies and horror games. You watch a horror movie, but you interact with a horror game. Now that shit I can't handle, and I've even worked in a Haunted House attraction.

The only time I've tried playing a horror game in recent memory was when I gifted my mom a PS4 Pro and a copy of Resident Evil 7 for Mother's Day. We barely started getting chased by Mia Winters, and my mom and I started passing off the controller like a hot potato. Never again, I say! NEVER. AGAIN.

So, why? WHY would I bother downloading a VR horror game where you potentially get chased by ravenous zombies seeking to eat your flesh??? Oh, right, it was a PS Plus freebie. 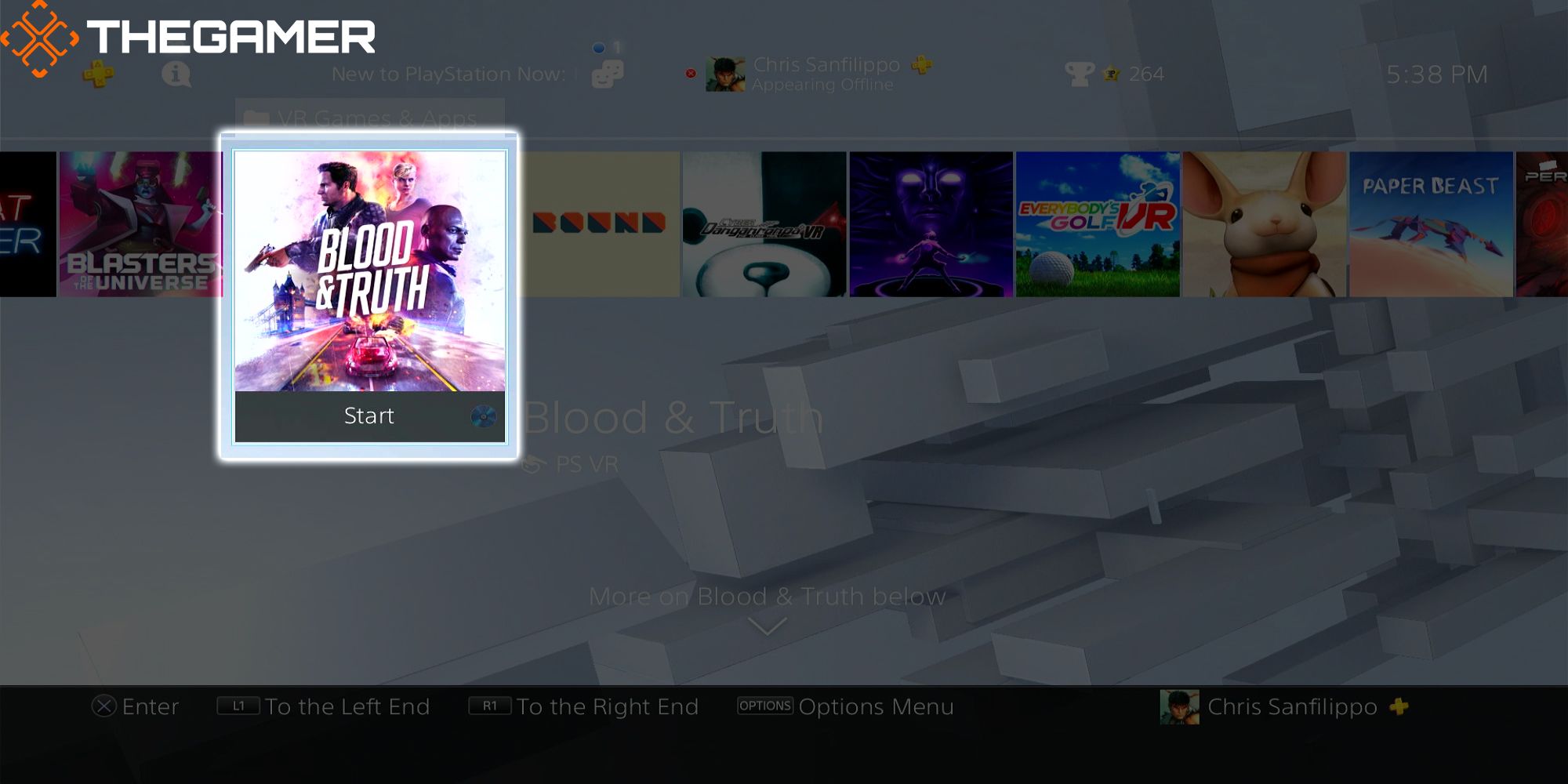 Back on the heel end of 2020, I bought myself a PSVR bundle to get more exercise. In some ways, that goal was met. Beat Saber, for instance, has become one of my favorite games and certainly gets my blood pumping. Even more casual titles, like Everybody's Golf VR, help me feel a little lighter on those days when I can't go outside. Also, the tech nerd in me was stoked to experience this cutting-edge technology.

During my initial PS VR splurge, I bought myself the critical success, Blood And Truth. After all, I loved the idea of immersing myself in a high-stakes journey through London's criminal underbelly. But, unfortunately, I still haven't played it.

I wish I had a clear answer for why I never started Blood And Truth's campaign. However, my honest answer is that life happened. I started a job ghostwriting for SEO, took some acting classes here and there, etc. Now, it's a year and a half later, and my new turntable and speakers are taking up my VR play area, so I couldn't even play Blood And Truth if I wanted to. (Chris, how did you get a turntable? Not relevant! Keep reading!) Hopefully, I'll get to it someday. 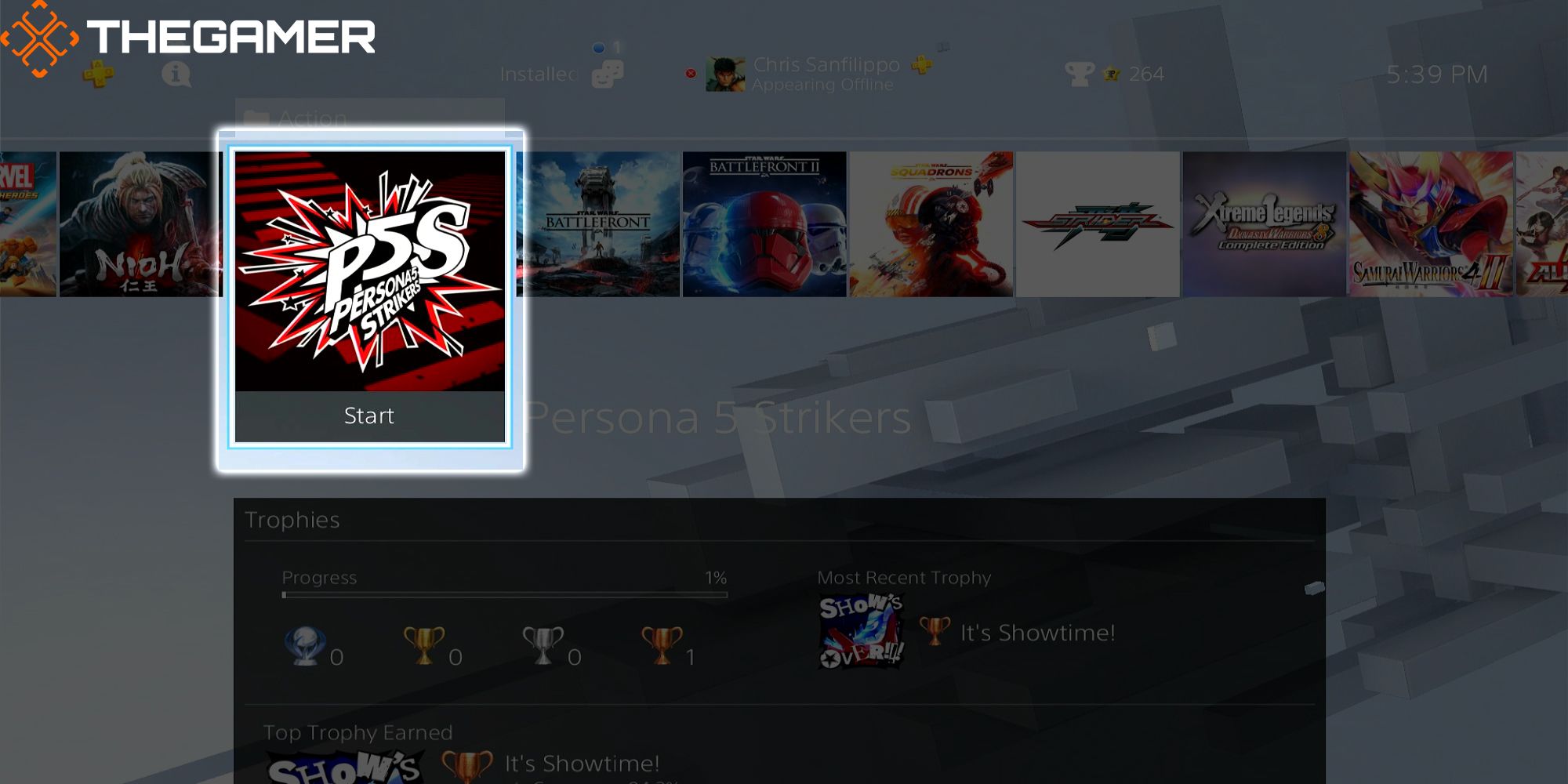 Of all the games I was looking forward to last year, Persona 5 Strikers was at the top of the list! I love Musou games and just started getting into the world of Shin Megami Tensei's Persona series. So this game looked like a match made in heaven. I even pre-ordered the digital deluxe edition. Yes, I was that excited!

Now, I have a sad confession to make. No, not sad, meaning 'upsetting.' I mean sad as in 'pathetic.' Seriously, you'll never look at me the same after reading this paragraph. This is like, "don't tell my TheGamer coworkers, they're gonna pwn me on staff game night" level bad.

So here it goes…I've never played a mainline Persona game from beginning to end. What's worse, my first Persona game was Persona 4: Dancing All Night. Yup. I'm a fraud. I'm a spin-off playing fraud! (Seriously though, the Persona rhythm games are underrated, IMHO. Can you blame me?)

I was hoping to rectify my Persona ignorance before the release of P5S. Fortunately, I was on the right track. I already watched the P4 anime series and bought myself a copy of the original Persona 5.

My mistake was promising myself I would finish Persona 5 before starting P5S. Y'all, it's been two years, and I still haven't finished playing through Kamoshida's castle. And don't get me wrong, Persona 5 is a fun game. It's just that the grinding hustle is no joke!

So there you have it. My shadow is a gaming journalist with imposter syndrome who's never finished a mainline Persona game…Guess it's time to take the L and watch P5: The Animation.