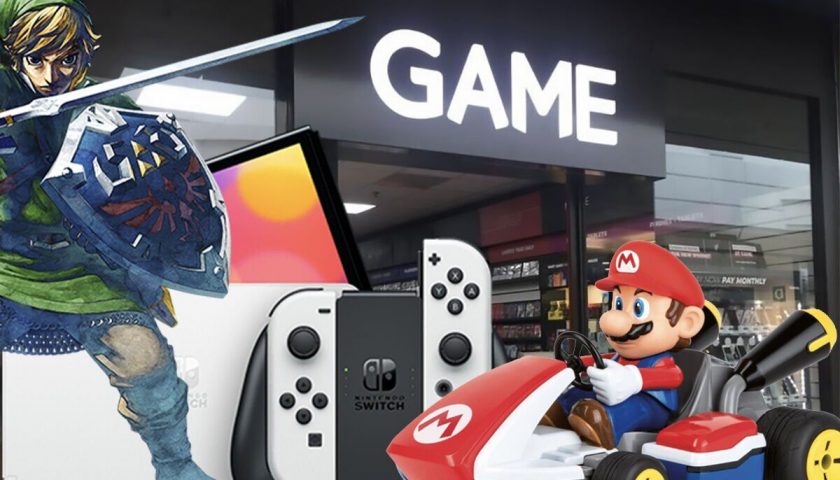 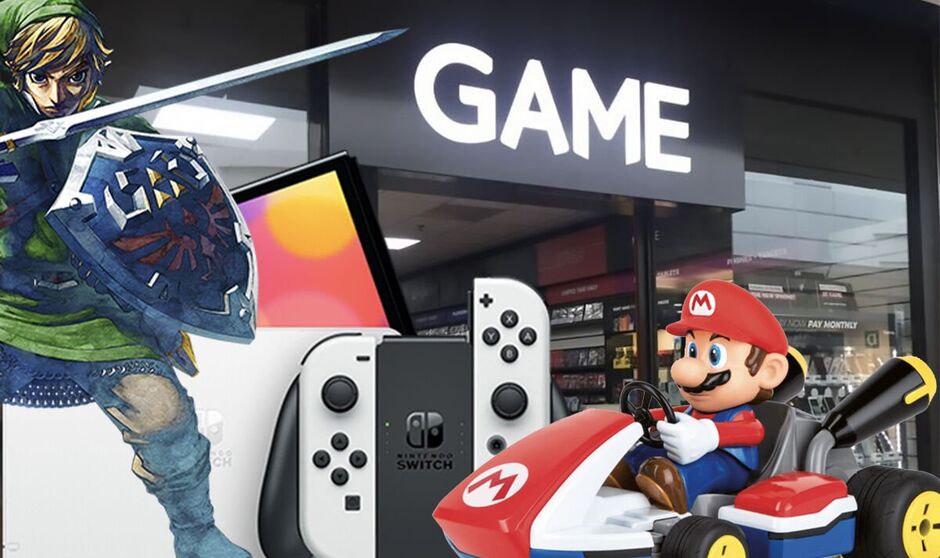 There are lots of great Boxing Day deals to be had, but few better than GAME’s excellent Nintendo Switch OLED discount. Not only is GAME selling the Nintendo Switch OLED for less than £300, but it comes with a copy of The Legend of Zelda: Skyward Sword, or Mario Kart Live Home Circuit. That’s £299.99 for the console and the games! Check out the widgets below for links to the excellent GAME deals.

The Nintendo Switch OLED features a bigger, brighter screen with more storage and an improved design.

The Nintendo Switch OLED features a bigger, brighter screen with improved storage and a better design.

The Nintendo Switch OLED Edition is essentially a super-powered Switch, featuring a far superior screen compared to the original console.

The upgraded device features more vibrant colours and a higher contrast, while the 7-inch display gives you more real estate when playing in handheld mode.

Other improvements include a wider adjustable stand for tabletop mode, as well as a LAN port for improved online performance.

With 64BG of internal storage, the Nintendo Switch OLED Model can hold more games – although we’d recommend an additional SD card if you tend to download lots of titles from the eShop.

Mario Kart Live Home Circuit, meanwhile, is essentially a real-life version of Mario Kart where you race toy cars around the house.

It comes with either a Mario or Luigi toy Kart, as well as four gates that can be placed around the house in order to create your own courses.

It also comes with two arrow markers and a USB charging cable, not to mention a free Nintendo Switch app that can be used to control the karts.

Legend of Zelda Skyward Sword is a remaster of the classic Wii adventure game from 2011.