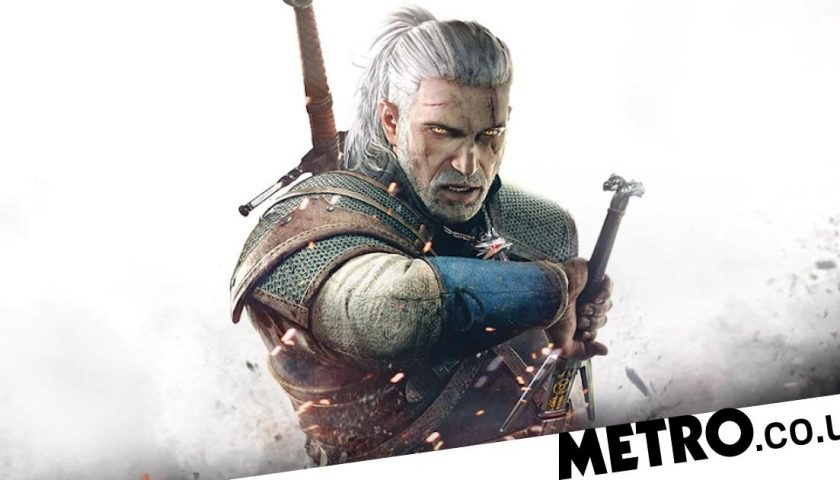 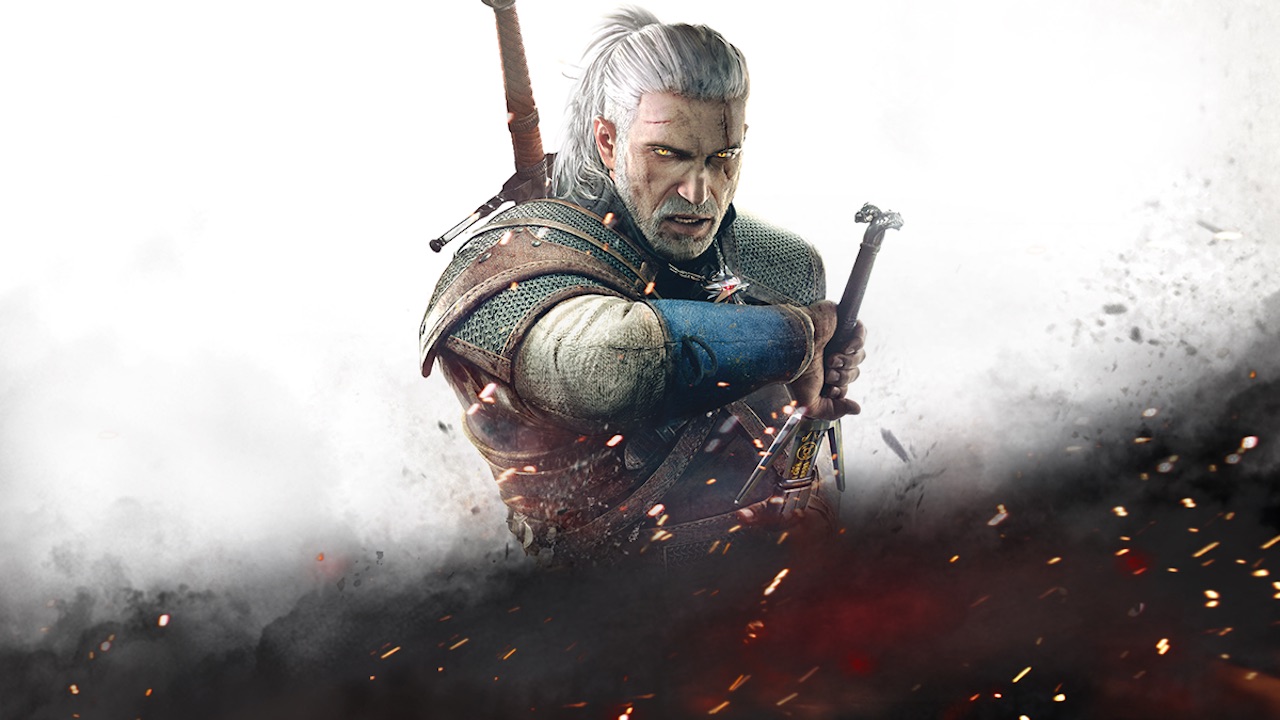 The Wednesday Inbox enjoys a wallow in more lightgun nostalgia, as one reader questions why we need a GoldenEye 007 remaster.

Geralt with a vengeance
So the next gen versions of Cyberpunk 2077 are finally out, and so ends another chapter in the game’s awkward history. I have the game on PlayStation 4 already, which was obviously a disaster, so I guess I’ll try the PlayStation 5 update, although I have to say that most of my enthusiasm for the game has long since drained away.

As others have said, it’s not just the bugs but the fact that the setting is actually really grotty and depressing and I just didn’t enjoy it as much as The Witcher 3. Although I never did beat it. I’m much more interested in seeing a next gen version of The Witcher and CD Projekt trying to win their way back into people’s affections by making a Witcher 4.

I just hope that if they do a Witcher 4 that it is with Geralt as the main hero, as I really don’t want to play as Ciri or anyone else. It’s not that I don’t like the character but after all those hundreds of hours as Geralt it just wouldn’t feel right not being him. I feel it would be very easy to either say he just came out of retirement or the whole thing could be a prequel. These sort of story issues are easy to write around and don’t really matter.

It’s not that I wouldn’t play a game as Ciri but if CD Projekt want to make a proper comeback, I hope that we’ll get a traditional sequel to The Witcher 3 and not just a spin-off.
Tosi

Second time around
So finally, there is a next gen version of Cyberpunk 2077. After the initial debacle, I refrained from buying it but now the new version is out and I have an Xbox Series X and I’m thinking about taking the plunge.

GC, will you be reviewing the next gen version? I’d be interested to see your take on it now.
Dj Kj

GC: We hope to, yes. Although we didn’t get it early, so it’ll take a while to play through. In theory though, it shouldn’t be very different from the original PC version.

Impartial opinion
I do wonder why don’t game developers use game critics/reviewers to act as consultants for their games? Most games have the usual complaints against them to negatively affect their score but if they had professional reviewers to advise them in process of development, wouldn’t games be so much better if they were to get more wisdom?

I do think aspects such as mission and world design could use fine tuning advice from critics. Story and character choices could also be helped by outsiders’ perspective before the games get released to the world. It feels like so many games have the usual complaints against them but could have been avoided with better guidance.
The MGS Guy

GC: This does supposedly happen in the US. But either they’re asking the wrong people or things would be even worse without them.

Make mine Marvel
Last night I finally finished Marvel’s Guardians Of The Galaxy and have to say that I thought it was absolutely brilliant. It had already secured my vote for game of the year in the recent Reader’s Top 20 (I had been playing it alongside the various other games I’d picked up over Christmas and my birthday which is only a few days after).

After Square Enix’s Avengers, like everyone, I was fairly sceptical about this game, but it turned out great. The story is absolutely brilliant, as are all of the characters and various locations (so much colour for a change).

It’s also really funny, which is a must for a Guardians game! It doesn’t seem likely, because I get the feeling that it didn’t have the success that it deserved from a sales point of view, but I’d absolutely love another game.
Rickandrolla

Licence revoked
There is already technically a remastered version of GoldenEye 007 for the Xbox 360, so it would be weird if they brought it back to another generation of consoles.
Anon

GC: That wasn’t a remaster, that was a complete remake – a reimagining, really – that changed much of the original design. And in any case, it’s no longer available since Activision doesn’t have the Bond licence anymore.

Plug ‘n’ tinker
Like Magnumstache I have a real soft spot for old school lightgun games, which drove me to back the Sinden Lightgun project he mentioned on Tuesday.

I’ve had mine for a couple of months. It’s a solid gun, not as nice as the GunCon 2 but what is? However, getting it set up was a nightmare of endless configuring of the gun software and the emulators to play the games. It was far from a plug and play solution and many, many YouTube tutorial videos were watched, so he should brace himself for a lot of frustrating tinkering before actually getting to play any games.

Also, I stumped up more cash for the version equipped with a solenoid to provide a recoil function but would suggest he doesn’t bother as it being powered over USB means the effect loses its kick if you’re really spraying bullets in quick succession, so I have that turned off most of the time.

But… when I finally got it working as it should and blasted a few bad guys on Virtua Cop, oooooooh it scratched that lightgun itch but good! It’s been a long time since I pointed an actual lightgun towards a CRT but to memory the Sinden felt just as responsive and accurate. So as to really recapture that arcade feel I’ve even bought a USB foot pedal, which I use to duck behind cover in Time Crisis games.

In fact, reading his letter prompted me to bust out the kit and fill a few goons full of lead on Confidential Mission and the mighty Time Crisis 2. Nothing blows the cobwebs out like a good lightgun session!
Meestah Bull

Lightgun quest
In response to Tarrant and Magnumstache, I’d say that Cyberpunk 2077 on the PlayStation 5 is well worth getting, even though the side quests are definitely not up to The Witcher 3 standards. The main questlines are still decent, and it looks great – and hopefully even better after the full upgrade. I’ll likely return for a second playthrough then.

With regard to the lightgun games, I’ve actually found the VR games on the Oculus Quest to be excellent modern equivalents. They work really well, and physically dodging, taking cover or going prone works really well. Pricy, but games like Pistol Whip or Superhot seemed good when I borrowed it.
Matt (he_who_runs_awy – PSN ID)

But now, receive later
RE: Magnumstache. I received my Sinden lightgun three weeks ago (after a nine month wait!) and have had a lot of fun with it so far. Admittedly, the set-up for both the lightgun itself and the individual emulators you’ll use it with can be a bit fiddly, but it isn’t difficult by any means. There are plenty of helpful YouTube vids on set-up too.

In a nutshell, it works exactly as intended and has meant I’ve been able to rekindle my love for a long-forgotten gaming genre. Thus far I’ve used it with MAME (lightgun games like Time Crisis and stationary gun games like Alien 3: The Gun), AM2 (The House Of The Dead, Virtua Cop 1 and 2) and ePCSX2 (Time Crisis 2 and 3, Vampire Night), and it’s been an absolute blast.

I haven’t been able to get it to work with ReDream yet due to an issue with the emulator detecting the screen border, which is needed in order for the gun to work. But I’m sure this will be fixed soon enough and there are other Dreamcast emulators I just haven’t got around to testing yet. It will also work perfectly with any PC specific lightgun games out of the box, including The House Of The Dead 2 and 3.

It’s an incredibly clever product which seems to mimic the glory days of lightguns perfectly, helped by great accuracy thanks to its in-built cameras to provide pinpoint positioning. The gun is essentially fooling your PC into thinking you are using a mouse, with a border drawn around the screen in order for the cameras to work correctly. This is one of the downsides to the Sinden though, in that the border can cut into the game image slightly. However, you can edit the size of the border and I’ve found I can get away with using a small one without compromising on accuracy. This is all very easy to test using the Sinden software too.

The other downside is, of course, the wait time to receive one! If you don’t fancy paying over-the-odds on eBay to get one immediately then buying one through the official site is your only option and this will take months because they’re made to order. Basically, if you have any interest in one, then I’d recommend ordering ASAP, so at least you’ll receive it in 2022.

I hope that’s been some help, but I’d be happy to do a full Reader’s Feature if this of interest.
Adzz1986 (PSN ID)

Inbox also-rans
Am I right in thinking it’s worth getting the PlayStation 4 version of Horizon Forbidden West and upgrading for free to the PlayStation 5 version, instead of buying the latter version straight up?
John

Can’t believe I beat our resident bargain hunter Andrew J to this, but Dear Esther: Landmark Edition is currently free on Steam until February 16.
Ali K

This week’s Hot Topic
The subject for this weekend’s Inbox was suggested by reader Futterman, who asks what is your favourite indie game of recent years?

From the last two generations, what indie game have you enjoyed the most and why? How often do you play indie games and what do you see as the key differences between them and AAA titles?

How important do you feel indie games are to the games industry as a whole and what do you think bigger publishers could learn from their smaller counterparts?