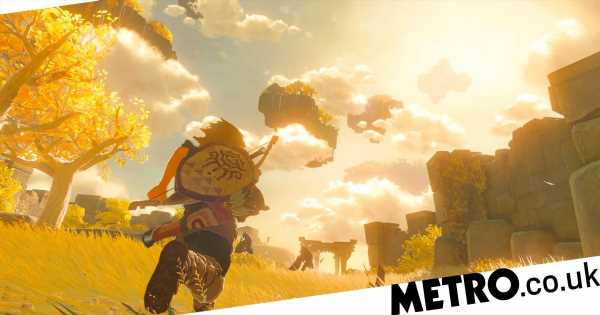 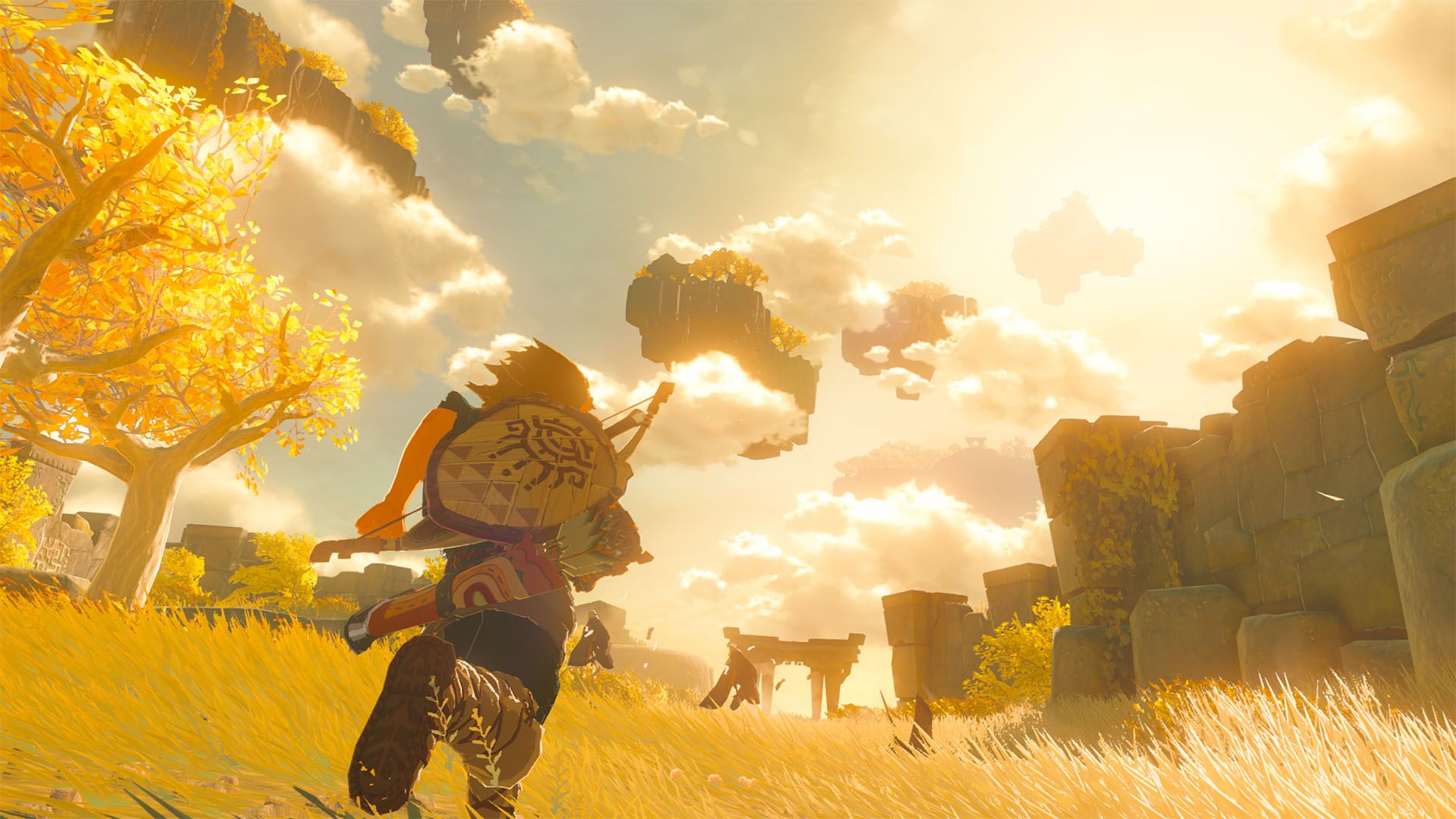 The Wednesday Inbox picks over the announcements from the E3 2021 Nintendo Direct, as one reader complains about clean cars in Forza Horizon 5.

Long haul
All I can say is thank god for Microsoft and Nintendo. They might have had average showings, compared to previous years, but at least they made an effort at E3. It was like nobody else was even there!

I’m surprised that Donkey Kong rumour didn’t prove true for Nintendo but otherwise I thought everything was pretty good, given the difficulties of the year. They obviously didn’t show much for Zelda but I’m glad that they acknowledged that people wanted an update, rather than just ignoring it, as they often have before. Same with Metroid Prime 4, even though I wasn’t expecting that anyway.

Disappointed that there was nothing on Bayonetta 3 though, so I wonder if it is now a Switch Pro game? If that even exists… ah, what’s the point in trying to second guess Nintendo, it never works!

I do wonder if we’re getting the whole truth about Breath Of The Wild 2 though, especially in terms of how you get about in the air. It seems very impractical to be flying that high with just a little hang-glider so I wonder if the Loftwings are going to make a return. It would explain the remaster and that super expensive amiibo.

I also wonder if there’s some kind of time control going on, as it seemed like that was affecting all the existing magic abilities. If Nintendo wants us to know they’ll tell us but the one thing I want to know is the release date. I got the distinct impression they were implying late 2022, probably as their big Christmas game. If it was going to be relatively early they would’ve said ‘early 2022’, so I think we’re in for the long haul here.
Onibee

Suspiciously clean
I was glad to see Microsoft have a better showcase than in recent years; competition is healthy, etc. But I’ve noticed a problem with the likes of Forza Horizon 5 and Unreal Engine 5; with such incredibly detailed environments the little things are starting to stand out more. Specifically, the cars in Forza 5 weren’t getting nearly dirty enough considering the mud and dust being kicked around.

It looked odd to me and I’m worried that, in the race to create beautiful virtual postcards, interactive areas are being ignored. It’s the old Zelda: Breath Of The Wild vs. Horizon Zero Dawn debate again; the latter had more technically advanced graphics, but the art design and physics systems of the former made it a classic.
laj105 (PSN ID)

GC: It may be something to do with the licensing. We know some manufacturers stipulate that their cars can’t be shown with serious damage, it wouldn’t surprise us if that extended to mud.

Caveat emptor
Recently, I believe one of your readers was enquiring if Cyberpunk 2077 would be re-listed in the PlayStation Store. However, based on my recent experience I do hope not, because despite three patches (two of which were almost as big as the game itself) it is still substandard.

On my original playthrough I only encountered one bugged side quest in playing about 70% of the side quests. After a lengthy hiatus I have only just got back to playing the game, only to find that the first two side quests I played are both bugged, with the first bug being particularly insidious as it actually overwrites the game when you save it.

So despite all the promises of putting things right CD Project are making sure that I will never touch one of their games again.
John A

GC: Sony has said the game will go back on sale next Monday.

Forced adaptation
I find this very strange and I don’t understand if others have been in similar situations with games. I managed to complete Returnal after 30+ hours, I loved the game and found it very difficult but by the time I got to biome five and six I was a bullet shooter ninja.

So reading your review of the new Ratchet & Clank, I noticed you said it was easy. I would say I am struggling to adapt and getting hit a lot of times, making the game somewhat strangely difficult. Returnal punishing you for taking hits has temporarily changed the way I play games. I now feel disheartened when I get hit. I focus on how far I can go without getting hit. I do wonder if people transfer game mechanics from one game to another and are mindful of it.

Thank you for the E3 coverage. Highlight so far would be Forza Horizon 5 and Battlefield 2042. I have to say the so-called big three – EA, Activision, and Ubisoft – overall have a disappointing collection of games upcoming.
ShenYeng Batista

Under the skin
Not sure if GC has ever done a weekend Hot Topic on favourite video game musical scores but having just watched this frankly spine-tingling performance of the title track, from arguably the greatest game ever made, it’s safe to say I’d be siding with FromSoft if there was one.

I’d advise turning up the volume should you enjoy reminding yourself how Bloodborne gets under your skin and very easily stirs your emotions. Roll on Elden Ring.
Andee

GC: We haven’t done that one in a while, maybe next week.

16-bit ain’t dead
Thank you for your help with Final Fantasy 7 Remake PS5 Upgrade GameCentral and Grimwar 85 in the Underbox, I will have a look and let you know how I get on.

On another note: Limited Run Games are releasing physical copies of Zombie Ate My Neighbors and Ghoul Patrol on Switch, SNES, Mega Drive (Genesis), and PlayStation 4. You can get both games region free on Switch for $34.99 plus delivery. They become available in 3 days, here is the link for the Switch version.
Andrew J.
PS: On PlayStation Store you get free Ratchet & Clank themed DLC for Sackboy: A Big Adventure on PlayStation 4 and 5. If you have not played Sackboy yet I highly recommend it.

The usual exception
So we’ve passed another date when the internet rumour mill was convinced the Switch Pro was definitely going to be revealed, and once again Nintendo haven’t so much as hinted at it. I don’t want to come across as a party pooper, but surely at some point the simplest explanation is that they’re not saying anything because it doesn’t actually exist?

I can’t remember when the rumours began but they definitely predate the announcement of the Switch Lite two years ago. That seems an awfully long time to be keeping it hidden. And so much of the evidence just feels like the usual internet rumour growth where someone makes an unsourced claim, 10 people repeat it, and now it must be true because we have eleven people making the same claim.

All the stories of analysts predicting it or stores putting in a placeholder item really feel like they’ve just heard the rumours themselves, rather than some secret inside knowledge.
TGN Professor

GC: Most of the Switch Pro rumours had more reliable sources than average, including Bloomberg and component providers – they weren’t just some random person on Reddit. But, as usual, almost every single rumour has panned out except the Nintendo ones. It could simply be that it doesn’t exist or Nintendo could’ve changed their plans due to low stock. They’re also certain to be furious about the constant leaks and would’ve been happy to prove them wrong.

Advanced excitement
I was looking forward to your report on the surprise (frankly, I was stunned) announcement of the Advance Wars remakes (easily the highlight of E3) and had to laugh at your headline ‘the best game ever’. You’re not far wrong.

Let’s hope this portends a fully-fleshed all bells and whistles new entry in the series. It’d be a smart move remaking the originals first.

Having played these games for heaven knows how many hours, the chief drawback compared to the aesthetically dour last entry Days Of Ruin is the artificial intelligence. Hopefully they’ll improve that.

It’s a pity, though, that they haven’t included a Days Of Ruin remake with all the original characters, as visuals aside it really is the pinnacle of the series.
Ciara

Forgetting an anniversary
You’d think after following gaming and Nintendo for over 30 years I would have learned not to get sucked into the rumour mill hype machine. What can I say, I’m stupid. I was really looking forward to seeing the Mario team’s Donkey Kong game in today’s E3 Direct and now I doubt whether it even exists! I still want to see the rumoured Star Fox racing game from a few years ago, out of curiosity if nothing else.

Nintendo’s show was pretty weak really. Zelda: Breath Of The Wild 2 trailer was good, although didn’t give too much away. With the focus on flying between floating islands, it seems like they’re trying to make the game I wished Skyward Sword to be. Otherwise, nothing else really interested me. Not that I’m that upset though as it means more time to finally clear my backlog. I am actually glad the Switch Pro didn’t make an appearance, I’m not ready to upgrade yet. Another made-up rumour? Who knows?!
Ryan O’D

GC: To be honest, we’re more surprised by the lack of Donkey Kong than we are Switch Pro. That the 40th anniversary of both Donkey Kong and Mario is going to go by completely unrecognised by Nintendo is bizarre.

Inbox also-rans
Would love to see the return of SOCOM.
Anon

Yes, Advance Wars is back, baby! And I second Nell for Super Smash Bros. Ultimate!
Gantz

This week’s Hot Topic
With E3 2021 carrying on until Tuesday the obvious subject for this weekend’s Inbox is what you think of it and the various announcements.

Which games have impressed you and which do you feel were a let-down? What has been your favourite surprise and what were you hoping for but never got announced? Which company do you feel put on the best show and who was a disappointment?

How much do you care about E3 and what do you think about this year’s format, forced upon it by the pandemic, compared to previous years?