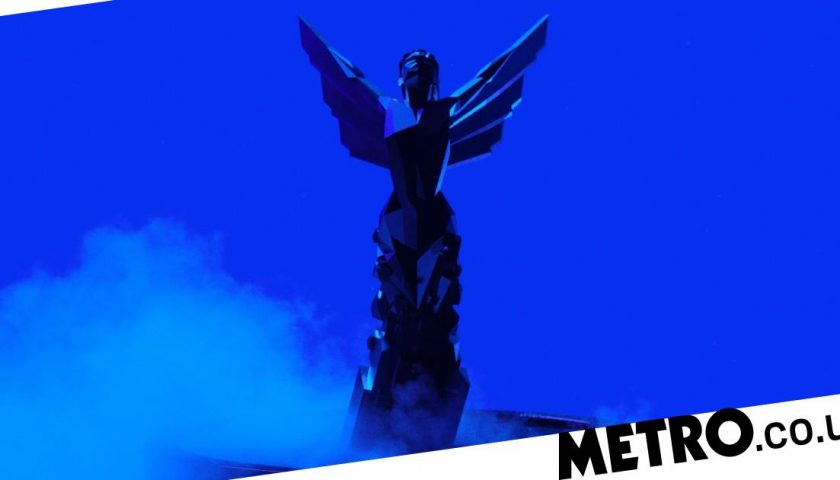 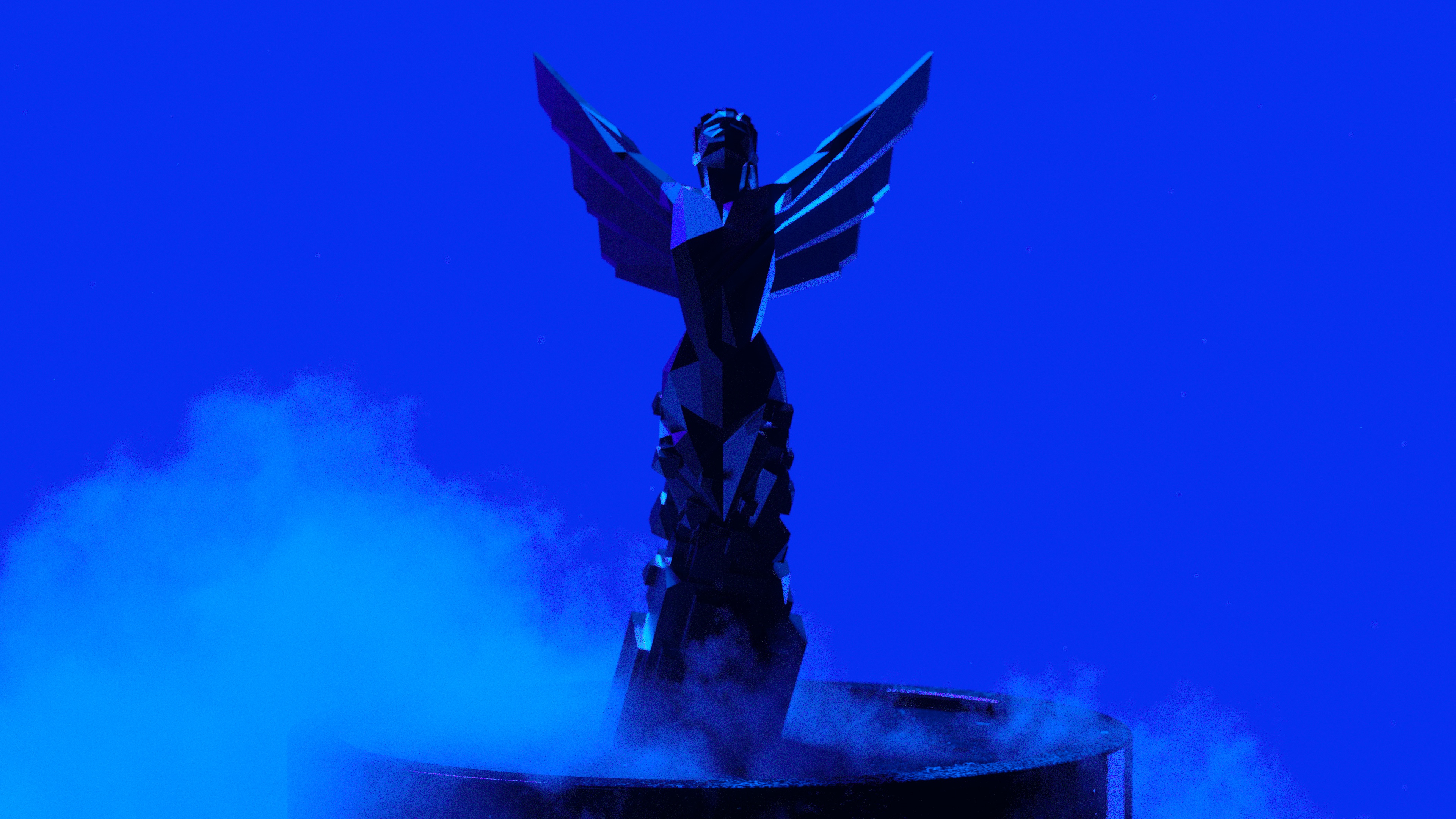 The Friday Inbox tries to imagine gaming history without Nintendo and the NES, as readers agree that NFT should stay out of gaming.

PLEASE NOTE: As we get our own Christmas and New Year content ready for the end of the year, please consider sending in your own festive Reader’s Feature to run over the Christmas break. It can be on any subject but if there’s something you’ve been meaning to write in about, but never got around to, now would be a good time for it.

Message from the past
So I’m sitting here at Thursday lunchtime and it’s 12 hours to go until The Game Awards. I guess by the time you see this, if GC uses it, it will be over and we’ll know whether there were a bunch of cool new games being shown off or just a lot of hype and nothing much of interest.

Right now, there’s no way of telling. There don’t seem to have been any leaks, except the Sonic the Hedgehog announcements, and I don’t remember there being any in previous years either. So, all you guys in the future, how was it? Was Zelda: Breath Of The Wild 2 there? Any other new games from Nintendo? Did Sony announce anything? Maybe their PlayStation Game Pass?

What was the best trailer and was there anything that was more than just a bit of CGI and a logo? Not that I mind that if the game sounds exciting but after your tenth pre-rendered trailer you do begin to realise just how shallow the whole experience is.

I’m a sucker for hype though so I’ll be watching at least part of it. Although they usually save the best for last so I guess I’ll only find out about that on Friday morning. I hope it’s a good one!
Focus

Alternative reality
Sad to hear about the death of the inventor of the NES and SNES, although he had a good run and… what a legacy! Just imagine the changes he’s seen and all thanks to his work. Who knows what would’ve happened to the games industry if Nintendo hadn’t stepped in and saved it back in the 80s. If it was solely down to Sega does anyone think that the Japanese games business would have had the huge impact it did? Maybe Sony would never have become involved, since they wouldn’t have had Nintendo to see as a rival (or double-cross them at the last minute).

Maybe the PC would come to dominate as the only gaming format anyone ever used. I know some people that might think that would be a good idea but not me. PCs get all console games now but they didn’t used to and as many classics as there were back in the 90s golden era there were whole genres that just never appeared on the format.

So thanks be to Mr Uemura and my condolences to his family.
Devlin

Master Chief doesn’t drink
I would’ve written yesterday but was too busy playing. Halo Infinite is amazing. As a card carrying Halo fan (I was dressed as Master Chief for my stag) I’m probably the ultimate target audience but from getting the hang of new guns in the opening missions to the reveal of the open world I’ve been transfixed.

I destroyed a vehicle maintenance site before bed and was grinning from ear to ear. I’ve gone off the beaten track a few times and have found a couple of areas not marked on the map. I’ve been playing on Heroic and seeming to be enjoying it far more than my friends on Normal. Did you get a chance to try legendary difficulty?

For me Halo is the best multiplayer of the 2020 and the most entertaining AAA campaign I’ve played in years.
DarKerR (gamertag)

GC: We agree in terms of the multiplayer but not at all when it comes to the campaign.

Unknown source
My son convinced me to watch Arcane on Netflix (animation based on League Of Legends).

Now I have never played League Of Legends, so I don’t know if the show follows plotlines from the game or if it is just loosely based on some characters, but, damn, it is actually genuinely excellent.

I much better idea would be to do a remake of Chaos Theory, since that’s the best one, and see how that goes down. If it’s not a big hit then maybe Splinter Cell’s time has been and gone and it should just be left to rest in peace. Much better that then resurrect it as something that’s Splinter Cell in name only.
Yorkie

More, please
Sat watching GamesMaster, it’s suitably old school and quite funny. The presenter, Rab, seems to know his stuff being a reviewer and all.

Digital reality
Regarding TommyFatFingers’ letter in Thursday’s Inbox, the problem with NFTs goes beyond poor implementation, they are simply a hugely inefficient way of doing things that can be done much better with traditional databases.

Tommy repeats the NFT evangelist claim that blockchain allows you to prove you own digital goods, but the truth is we’ve been doing that for decades. Every time you buy a game or in-game item on a digital store, a record is added to the database showing that this user owns this item. If the store owners want you to be able to give something to someone else this is as simple as changing the user ID to point to the new owner – many games already do this, just generally without a real money transaction.

As for going the full way and letting players sell in-game items to each other, that’s been tried too with things such as the Diablo auction house but it’s an awful idea that breaks the game and has a bunch of potential legal problems if players think they’ve been ripped off. And selling digital games second-hand would mean the publisher and store make less money, so that’s not going to happen.
TGN Professor

Expensive numbers
It was pretty disheartening to see a letter in Thursday’s Inbox not only defending some sort of idealised version of NFT but asking GC, and I assume the Inbox and comments section, to ‘Lay off the NFT, eh?’. I took that to mean that TommyFatFingers does not want to see anyone criticise or complain about any aspect of NFT, which I’m assuming includes the potential impact on our environment.

I don’t know if I’m missing something obvious here but I’ve never in my life heard anyone say they were just desperate to own a costly serial number that belonged to them and no one else, to do with as they pleased.

I’ve never heard of anyone aspiring to own a string of unique numbers that is stamped on their in-game helmet but probably won’t be readable to anyone even if it’s noticed in the first place. So, they can sell an item that is identical in every way to every other item apart from having its own number, so what? I see this as something bad to be opposed and despised not encouraged and financially supported.

I was happy to see GC refuse any attempt at censorship from TommyFatFingers’ request to not criticise Ubisoft or any other publisher that goes all-in on the NFT action.

As a side note, I don’t know if it’s true – I haven’t had a chance to look for myself – but there was at least one story in my news feed this morning saying Ubisoft have taken down the video announcing their NFT experiment from YouTube because of all the dislikes it got. So that is a little encouraging.
Mitchell

GC: Yes, that seems to be a tacit admission that they’ve got the message. Although something tells us it won’t be long till they try again.

Inbox also-rans
I don’t like to be a party pooper but why was Halo Infinite eligible for The Game Awards public vote if they knew for a fact nobody would’ve played it beforehand, only the multiplayer beta? Seems very sus to me.
Goldie

I would also like to stick up for Guardians Of The Galaxy and says it’s one of my favourite games of the year. Normally you’d say that for a little indie game but even though it’s a giant AAA game it seems to be being completely ignored.
Louis3

This week’s Hot Topic
The subject for this weekend’s Inbox was suggested by reader Korbie, who asks what game have you thought about the most while not actually playing it?

While stuck at work or school it’s common to daydream about what you’ll play when you get home, but what game has filled your thoughts the most and why? Were you planning out new strategies and tactics or just imagining what it’d be like to get further?

Have you ever literally dreamt about a game and how did that go? Did the dream place you in the game world or was it something related to the reality of playing it?