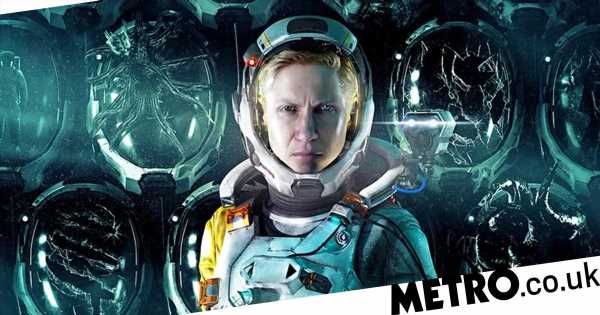 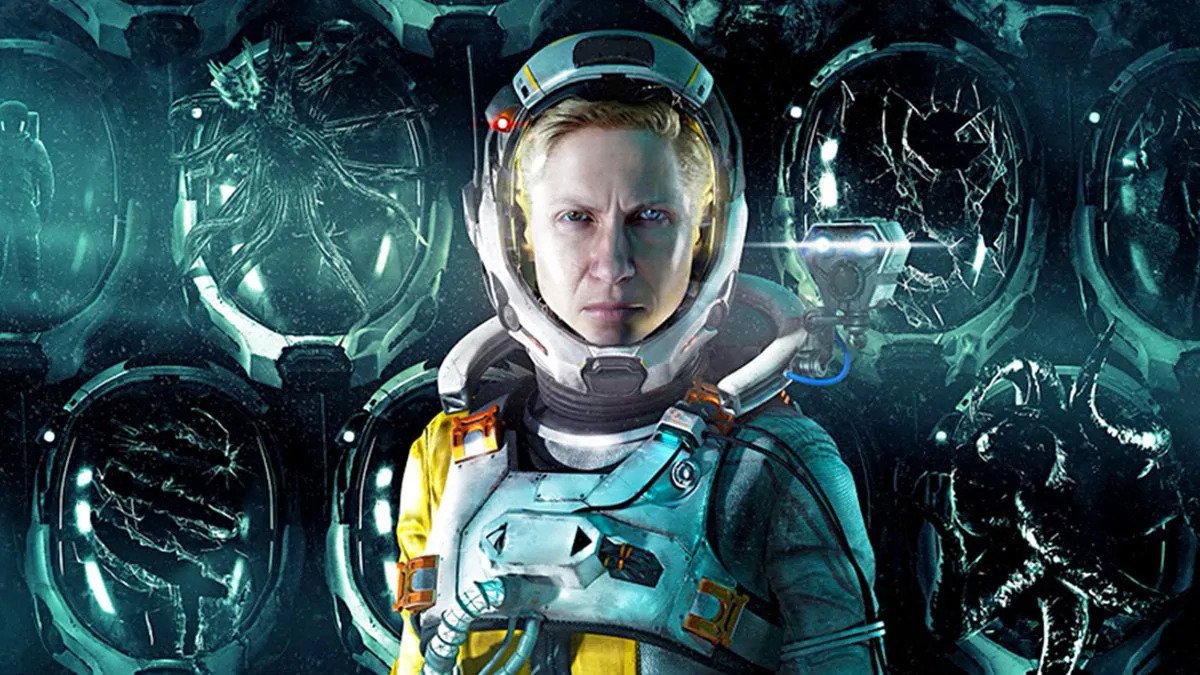 The Wednesday Inbox is worried it’ll be hard to tell if Halo Infinite is a success or not, as one reader is upset about Vanguard’s cheaters.

No accounting for taste
Lovely to see Returnal receive nods for audio and direction at The Game Awards, but surely accolades as significant as this would lead ultimately to a nomination for Game of the Year? Alas, it didn’t and so ignites a genuine sense of bewilderment. How did one hundred media and influencer outlets not lead to this happening? I’m so disappointed and here’s why.

It makes zero sense for a game as superb as Returnal to fall at the last hurdle. If you didn’t guess, Returnal is by far and away my favourite game of 2021. It is so rare for all components of a game to come together flawlessly, so much more than the rest of this year’s output.

Developer Housemarque achieves a near perfect cocktail of mystery, tension, and thrilling action while also delivering a world so brilliant alive, deadly, and laden with an intoxicating atmosphere. Can Housemarque take over for Metroid Prime 4 please? Imagine that.
Mark Varley

Of course it’s only my opinion but how on an Earth that has a green section that god gave to it do severely average games like Deathloop and Ratchet & Clank: Rift Apart get the nod over Returnal in a Game of the Year award?

Do Housemarque need to change their name to Bethesda or Insomniac? My big wading in oar of video game justice shall sayeth, ‘Here be conspiracies’.
Wonk

Absolutely gob smacked that Returnal was not considered for game of the year… Deathloop and Ratchet & Clank: Rift Apart were decent games, but who decides these nominations? Returnal was far superior to those titles. On the basis of this, I predict next year’s game of the year will be Knack 3.
Skill_Influx (PSN ID)
PS: GC, I loved your Elden Ring preview, keep up the great work.

GC: What can we say? As part of the nomination process, we did our part.

Clunky Auto
I’ve just seen the Nintendo Life review of Grand Theft Auto: The Trilogy and it doesn’t make great reading.
Swings and roundabouts for me, as a long-term Nintendo enthusiast I haven’t really played any GTA games to any great extent and would quite like to play them. I don’t really have issues with clunky old controls and graphics, but it seems like the issues go beyond that.

If it’s basically playable and they reduce it to about a tenner at some point, I’ll probably be in.
John Atkinson

Hell is other people
So Activision are trying to sort out cheaters by saying you might not be able to play for a few days? Wow, a cheater is a cheater and I’m sorry if you can’t play a game without using cheats, you should be banned forever or give up gaming all together.

Secret success
It’s interesting the idea that Microsoft never reveal sales figures, or even audience figures, for anything they do. How are we ever going to know how Halo Infinite does? Physical sales figures are irrelevant because it’s on Game Pass but we don’t know how many people use that. The Steam figures are useless because the game’s free and, while it’s good to see it popular, anything half decent is if it’s free (naming no names, Fortnite).

I guess maybe we might get another ‘best selling Xbox game ever’ announcement but that seems likely to be it. I get why they do it. They don’t want to be compared to Sony because they know they’ll come off second best at the moment, but it doesn’t seem a healthy attitude.

I’ve played a bit of Halo multiplayer and I’ve enjoyed it. It’s a bit too fast for old school Halo, and the shooting isn’t quite as good as I remember, but it’s fun and I can see it being a big hit. Will it be the biggest exclusive of the year or the Christmas number one? We’ll probably never know.
Tyson

Bad luck sequel
I can’t believe it’s taken all this time for Dying Light 2 to come out. The original was 2015? It seems like a lifetime ago now. I’m sure they didn’t want it to take to long but as a fan I worry that it’s basically an unknown franchise now to most people and it will suffer because of it.

I’m looking forward to it but even the new hands-on didn’t sound much different to what GC was talking about last time they were at E3, which must be at least two years ago now?

I feel a flop coming, especially as February next year is actually really busy for big name games. I guess some games just have no luck, through no fault of their own. I hope Dying Light 2 can shamble on though. You know, like a zombie.
Campbell

Detailed information
I propose that GC and other game review and store sites implement a standardised ‘fact sheet’ for games. The fact sheet should act as a quick and handy reference to help buyers decide whether they would like to purchase a game or not. It should contain quality of life or other information that is not normally highlighted in reviews, or you have to go through several reviews to find.

I find now that I cannot get along well with games that have old fashioned checkpoints. It means that every time I start the game, I have to commit time to reach at least the next checkpoint or risk losing progress, time which I normally don’t have. So normally I would be very interested in this kind of information, which is surprisingly not easy to find unless you are actively looking for it.
Ali K

GC: What modern, big budget game has that kind of checkpoint system – outside of something like Dark Souls?

Modern affliction
Not gaming related but wanted to ask if any PC gamers have had neck or shoulder pains whilst gaming? I have been working from home during the pandemic and developed some pains whilst using the keyboard and mouse. Wondered if anyone had the same issue and could suggest topics to look at?

My GP recommended doing some physio exercises but this hasn’t made any difference. These types of injuries seem to be right at the bottom of medical priorities in these times.
Alek Kazam

GC: Have you checked how far away the screen is and whether it’s at eye level? We find that’s very important.

Xbox Series S for Scrolls
I doubt anyone will be surprised that The Elder Scrolls 6 is going to be an Xbox exclusive. It was obvious right from the start, when the news that Microsoft had bought ZeniMax Media broke.

Anyone thinking that Microsoft had spent all that money not to have their games as Xbox exclusive were kidding themselves.

It doesn’t affect me because for the first time since the SNES and Mega Drive I have all platforms. So I’ll be playing Starfield alongside the PlayStation exclusives too. It’s only possible for me this gen because of Covid.

I usually spend Christmas and New year in Amsterdam but with all the palaver I’d have to go through to prove I don’t have Covid, on top of the Brexit rules, I just didn’t fancy going so I treated myself to an Xbox Series X instead.

I imagine a lot of PlayStation owners are going to invest in the Xbox Series S console when Elder Scrolls 6 eventually sees light of day. If it runs properly on the cheaper console it should be more affordable by the time Bethesda eventually releases it.
Mitchell

Inbox also-rans
The thing that annoys me about Skyrim exclusivity is pretending it wouldn’t happen when Microsoft first bought Bethesda. No one likes being lied to, you know.
Focus

If Beyond Good & Evil 2 is ever released – if it even gets another trailer – I will eat my hat. It’s only a baseball cap but seriously, I will chow down if the impossible ever happens.
Burrburr

This week’s Hot Topic
The subject for this weekend’s Inbox was suggested by reader Helix, who asks what’s the most disappointed you’ve been by a video game at launch?

It’s easy to get yourself hyped up for a big new release but which one ended up with you being the most disgruntled and why? Was the game not what you expected, and do you feel it was misrepresented by its marketing or reviews?

If there were technical problems at launch how severe were they and how quickly were they fixed? How tolerant are you of launch day issues and how have you adapted to the idea that many games don’t work properly when they first come out? 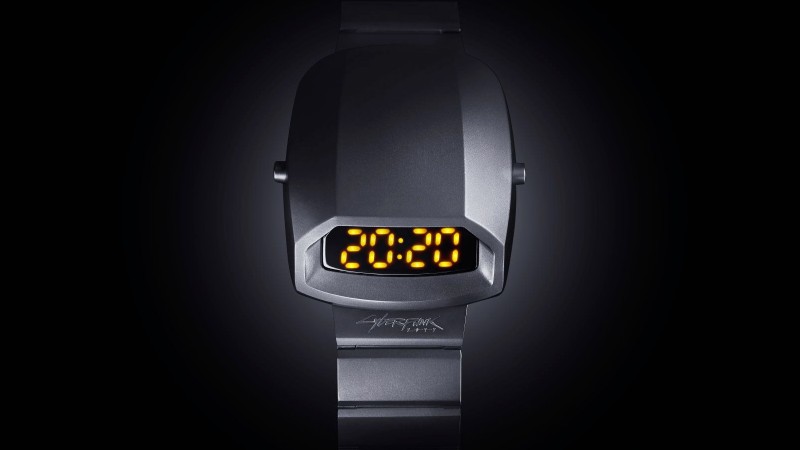