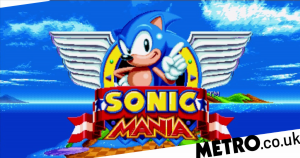 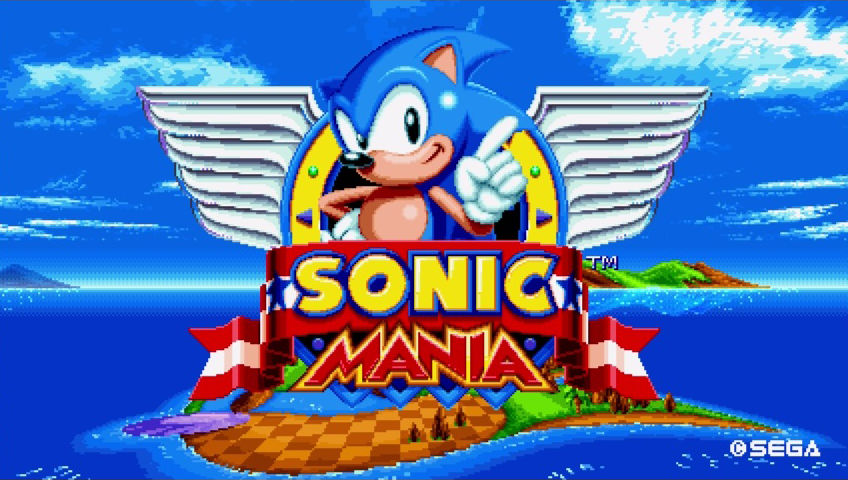 Mega games
I hate to admit it, but GC are right about the quality of Sonic The Hedgehog games since the days of the Mega Drive and at this point it’s hard to stay optimistic that things will ever change. For me though that doesn’t diminish anything about the originals, but it does make it hard to say which is the best Sonic game since the question ends up getting mixed up with nostalgia.

I guess the easy, and probably correct, answer is Sonic Mania but that seems kind of cheating given not all the levels are brand new. Sonic 3 & Knuckles is also kind of not fair because it’s really two games and, I’ll be honest, I never really liked Knuckles.

No, for me the best will always be Sonic The Hedgehog 2. Even aside from Sonic this will always stand out to me as the perfect way to do a sequel, with just enough new features and characters to make it different but showing a proper understanding of why fans loved the original. Also, Sonic 2uesday will never be bettered for hype, especially because it actually managed to deliver on it.
Gazza

Ploughing on
I have to give kudos to Hello Games for sticking with No Man’s Sky for all this time. I’ve tried the game a couple of times over the last few years and deciding it just wasn’t for me, but I do admire them ploughing on anyway. What I don’t understand though is how the game makes any money, if it has no microtransactions and all the DLC is free. Obviously you have to pay for the game itself but you wouldn’t have thought that would sustain them for all these years, except it has.

I’m glad to know they’re not thinking of doing a sequel though, as I imagine they’ve probably had enough of space exploration by this point. But hopefully they can use everything they’ve learnt to make something even better but just as massive.

Hopefully it goes without saying that what they’ve learnt includes trying to keep expectations in check and not promising the world when you know you can’t deliver it. Looking at you CD Projekt!
Planar

The next U-turn
Like many I’m wondering how Sony can manage to make so many bad decisions lately that they then quickly have to backtrack on. They knew fine well that everyone thought they’d promised free upgrades, just like Microsoft, and suddenly pretending they only meant launch games was just insulting. At launch they didn’t think they were going to have any more PlayStation 4 exclusives after that, it was only further down the line they made God Of War and Gran Turismo 7 cross-gen, so there was no policy for them one way or the other.

I just hope the next thing they U-turn on will be making their own answer to Game Pass. They should’ve done it a year or so ago and I think it’s just pride making them hold out. It’s stupid because you know that if Microsoft begin to pull ahead they’ll suddenly deicide to copy it in a rush and botch some part of it. I hope that’s not how it goes down but I bet it is.

It seems console manufacturers are destined never to do well because of their own cleverness but the mistakes of their competitors. I just hope Sony don’t fall into a trap of their own making.
Bigninja

Track record
I know a lot of people have been keen for Konami to get back into gaming but as much as I’d love to see a new Castlevania consider the last few Konami games and how they turned out. Metal Gear Survive seems like a high point now, compared to Contra: Rogue Ops and what we’re now seeing of eFootball. It’s not just the games are bad but all the decisions that led to them being bad are nonsensical and easily avoidable.

The eFootball idea would probably have worked out pretty good if they’d left it to stew and released it this time next year, with all the features and options that are going to be left out this month. I don’t see how that’s not better in every single way then whatever short term profits they expect to get by releasing it this year and ruining the brand name before it’s even begun.

Although I guess that will be the one benefit: eFootball will become so tarnished that they’ll have to switch back to the PES name quicker than anyone would’ve imagined!
Doshin

Selling up
Well after receiving my PC back from Cash Converters (I’d had an emergency and needed cash, no gaming for 30 days and had to pay for the privilege, perhaps a Hot Topic. Had to go without games and why?) it was stuck in a reboot sequence I cannot get out of.

After the disappointment of the Xbox One I jumped ship and built a PC. Was very happy with the performance and stayed that way for a while. However, after a few upgrades I found myself messing with settings to find the sweet spot more than actually playing anything, so instead of messing about with it again I listed my GTX 1660 on eBay and got £290 for it. £100 more than I paid over a year ago and have bought myself an Xbox Series S. Looking forward to see how it performs in comparison.
Phil

Random retro
The rumour about Game Boy games on the Nintendo Switch are all well and good but there’s barely a handful that are still worth playing, in my opinion. What I want to know is when are Nintendo going to give some love to the N64 and GameCube? The Mini Classic N64 seems like it’s never going to happen, so when will ever see any of those games again? Is Super Mario 64 on the, now delisted, Super Mario 3D All-Stars the only outing it’s ever going to get?

And what about the poor GameCube that doesn’t even get that? There are the remasters of the Zelda games I suppose, so maybe between that and Super Mario Sunshine Nintendo thinks that’s enough? Add in Metroid Prime 1 in the inevitable Metroid Prime Trilogy remaster and you could argue that’s all the heavy hitters, but what about F-Zero GX, Paper Mario: The Thousand-Year Door, Mario Kart: Double Dash, Eternal Darkness, and the Fire Emblems? Not to mention all the great third party games.

Will they turn up in the Virtual Console of the Switch 2 (or 3) or will it be even more random than that? If Nintendo are going to be like this they should at least establish some rules, like the Disney vault, and say that the games will come out of them in five years or whenever. At the moment it could be tomorrow or never.
Sagat

The Path of Neo
Far Cry 3 is free on the PC on the Ubisoft Store until Saturday 11th September. I can’t get it as I already bought the physical versions years ago from ShopTo!
Andrew J.
PS: For anyone interested, and it is video game related (slightly) as a film critic likened the Matrix to a video game, The Matrix 4 interactive website is live and in two days the trailer goes live. Not only a Sony presentation on Thursday but also a new Matrix trailer. Hopefully it will be better than the last Matrix film!

Confusing setting
I’m still pretty confused about Call Of Duty: Vanguard. It looks like a lot of work has gone into it, with lots of modes and some good looking graphics, but I just don’t get the setting and the fact that everything seems so familiar and samey. We’ve had WW2 before and it was even these exact same locations so what was thinking behind it? Was the graphics meant to carry it all? It just seems so undercooked as an idea.

If they wanted to do another historical war then fine but there are plenty they could’ve chosen, some of which were only a few years after WW2 (mankind, eh?). If it had been the Korean War or the Vietnam War or something there would’ve been more of an element of novelty but this just seems such an unnecessary retraid.

The Blitz mode and the new Capture the Hill variant sound pretty cool, and I’m sure the game will be fun but it seems to be doing its level best to seem as boring and predictable as possible. It’s not necessarily enough to put me off but I bet many that can only get one game will be looking to Battlefield 2042 instead.
Tolly

Inbox also-rans
So Demon’s Souls is a bit good, eh? I’m not that far into it yet and I never played the original on PlayStation 3 but I really like it.
Mitchell

I would love for there to be a Bloodborne 2 at the PlayStation showcase but I just don’t see it. I don’t see inFamous 3 either, given I don’t ever think anyone cared about it that much. To be honest I’d be surprised if there were any new triple-A games exclusives at all. I just think we’d know more about it through leaks by now if that was going to happen.
Baker

This week’s Hot Topic
The subject for this weekend’s Inbox was suggested by reader Cubby, who asks what has been your favourite Achievement or Trophy to unlock in a video game?

It doesn’t matter whether they were difficult or not, but which one did you enjoy doing the most and which did you think was particularly well designed or just had a funny name or concept? What is the secret of a good achievement and which developers are particularly good or bad at them?

What factors encourage you to try and get achievements and what’s the most effort you’ve ever put into unlocking one?