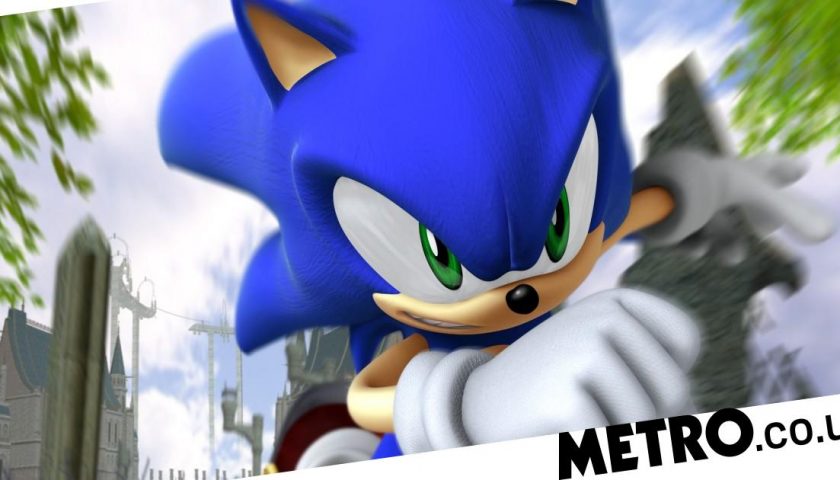 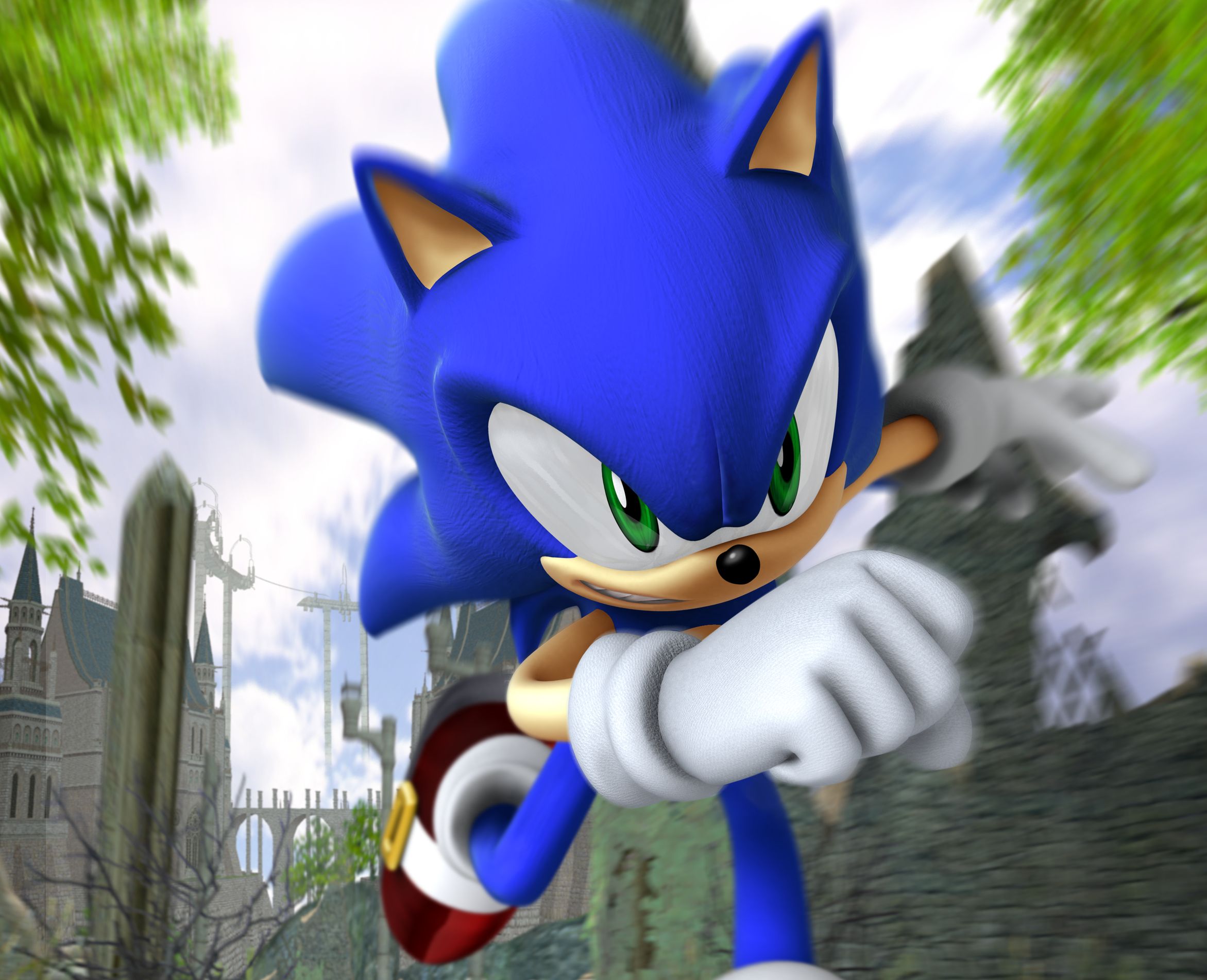 The Thursday letters page lays out its hopes for the future of Dino Crisis, as one reader abandons their plans to try World Of Warcraft.

Adjusting for excuses
I’m curious to know whether the reappearance of Sonic 06 is a mistake or Sega getting the idea that now the movies have become hits they can sell anything with the Sonic The Hedgehog name on it. Either could be true but it raises the question of whether it is the worst game ever or not. It’s certainly up there, as far as I’m concerned, as apart from its design the performance is also terrible, with constant loading pauses that make it unbearable within just minutes.

I’ve been thinking of what the other contenders are and most of them are from the 90s, during the early days of 3D. I would say that the likes of Superman 64 and Bubsy 3D are worse games, but they have the excuse of early tech and low budgets by inexperienced teams.

Sonic 06 has no excuse. It was Sega’s big attempt to reboot the series and was by Sonic Team, who really should’ve known better. For my money, adjusting everything for excuses it is the worst. Although I would entertain an argument for Sonic Boom as well.
Korbie

Major problems
I don’t think that reader yesterday was wrong to call PS Plus Premium a disaster. I’m sure Sony will be able to recover from the poor launch, but as the reader said: why was it a poor launch? Why were Sony in such a rush that they had to cut so many corners? It’s the middle of summer and they’ve had years to prepare for this, and yet the first impressions are of a half-broken service with hardly any games.

PS Plus Premium isn’t even really the point, but that Sony have been exposed as something other than the all-knowing industry leader and actually quite capable of coming cross as amateurish and clueless, like someone brand new to the industry (like Google with Stadia).

Can they recover from all this? Sure, if they have good enough games, but PS Plus Premium should’ve been a major boost for them, that would mean first party games were no longer their only asset. Instead, it’s all turned out to be a major embarrassment.
Waster

Worse than Nintendo
It’s interesting to read about how much of a mess Sony’s Game Pass equivalent has launched in, with one reader highlighting how well Microsoft have rolled out, and since handled, Game Pass. I agree, but I’ll go one step further and highlight how even Nintendo have handled the streaming of retro titles better than Sony.

I know Nintendo’s Expansion Pass had some issues around launch, but it was always very clear what games would be available day one, and then which would be available in the future. Additionally, the NES and SNES streaming has always worked flawlessly, in my experience.

I’m not saying Nintendo are perfect by any means, and their handling of the online side of their business has always been… underwhelming, to say the least. So, for Sony to be releasing the PAL versions on PS Plus when even Nintendo have ensured their retro titles run at 60Hz, well, I think that tells you a lot about Sony’s approach here.
Matt

Monkeys of the Caribbean
Now that Pirates of the Caribbean is dead as a franchise (guess which televised trial I’ve been watching) I wonder if Disney would ever look to replace it with Monkey Island. I think there was vague talk of doing that back in the day but it really would be the perfect video game adaptation, I think.

The problem with even the decent video game movies is that they’re adapting things that never really had stories to begin with, or characters. I mean, what even is the plot to the Sonic games? And how would you really describe Sonic’s character, other than a bit smarmy?

Even Uncharted barely has any kind of sensible plot and while the characters have a lot more going on with them they’re still pretty generic and in their own right. Guybrush Threepwood just seems like a lot more of a real character to me and all the ghostly stuff doesn’t seem so contrived, with the more comedic tone, than Pirates of the Caribbean. Just a thought but I know I’d watch it.
Gax

World of Ageism
I was reading about the new World Of Warcraft expansion recently and was thinking of getting it (dragons are cool!) but then I realised just how old the parent game is and I’m not sure I really want to jump into a game that’s been around so long and which I don’t really know anything about. Also, the graphics are really bad.

The base game is 18 years old soon and I don’t understand why there’s never been any attempt to make a sequel or MMO with a different IP. I guess that the argument is probably that they don’t want to cannibalise sales but surely Warcraft must be well down from the peak of its popularity by now, and it’s about time to shake things up?

I’m sure some accountant has told them that’s the best idea but I really don’t think I will ever try Warcraft now and I’m less likely to the older it gets.
Gummy Bairn

Current Warfare
I can’t believe Call Of Duty: Modern Warfare 2 is really going to be about fighting drug cartels. That would be a major downgrade in threat level compared to even just the last game, let alone being invaded by Russia. The original Modern Warfare was dumb but it was good fun and given current events there’s no problem with painting Russians as the bad guys.

Which makes me wonder how the Ukrainian war is going to affect games. For years after the Gulf War we got games based or inspired by it, although I’m not sure that would happen today. Would it be considered to ghoulish nowadays?

I doubt Modern Warfare 3 is going to be about liberating Ukraine but developers won’t be able to stop themselves being influenced, even subconsciously, which is going to quickly attract the attention of the tabloids. I just hope that studios can control themselves and not try and turn a terrible war into a selling point for a video game.
Toastie

Collector’s item
With the amount of love online and lack of availability (pre-orders sold out until 2023?!) thought I’d share this listing for a Playdate console I came across on eBay. I can’t find any others on sale in UK, all others being in America.

Jurassic larks
I think it’s pretty obvious Exoprimal takes place in the Dino Crisis universe. I love how crazy it is, channelling that 90s era Japanese gaming vibe, but I just wish it wasn’t multiplayer focused. I’m willing to bet that there’s not a lot of crossover between the demographics of Dino Crisis fans and those that play Fortnite and Apex Legends, which immediately raises the worry that it’s not going to appeal to anyone.

I know Capcom (and everyone else) wants that sweet Call Of Duty money but it always seems like multiplayer games are a lot riskier than single-player. Good multiplayer games often flop, just because they don’t find their audience and don’t get time to build up a playerbase, but usually a single-player that’s good does well.

Even something like Guardians Of The Galaxy, that started off badly, did well in the end because it wasn’t dependent on other people being around to play it, anyone could pick it up later and enjoy it at full volume. For all I know Exoprimal will be the next Call Of Duty but would anyone like to bet on that? I shouldn’t think so but I’d bet that Dino Crisis 4 would do a lot better.
Campbells4

Inbox also-rans
It’s a free mystery game again on Epic Games Store, from 4pm on Thursday. Hopefully it will be another good one after Borderlands 3 last week.
Andrew J.

Nice review of Sniper Elite 5, I’ve always enjoyed those games. I am surprised they’ve never moved them into the modern era though. I like shooting Nazis as much as the next guy but I don’t see there’s anything about the gameplay that means it has to be WW2.
Globular

This week’s Hot Topic
The subject for this weekend’s Inbox was suggested by reader Onibee, who asks what game do you wish went on forever?

With many publishers convinced that live service games like Fortnite and Apex Legends are the future of the industry, which existing games do you wish still got regular releases of new DLC? If it’s an action game how would new content keep it fresh and if it’s more story-based how exactly would you like it to work?

Do you like the idea of a game having no official end or do you prefer it to be finite? If it’s the latter, why is that and what do you feel is the ideal length for a game?