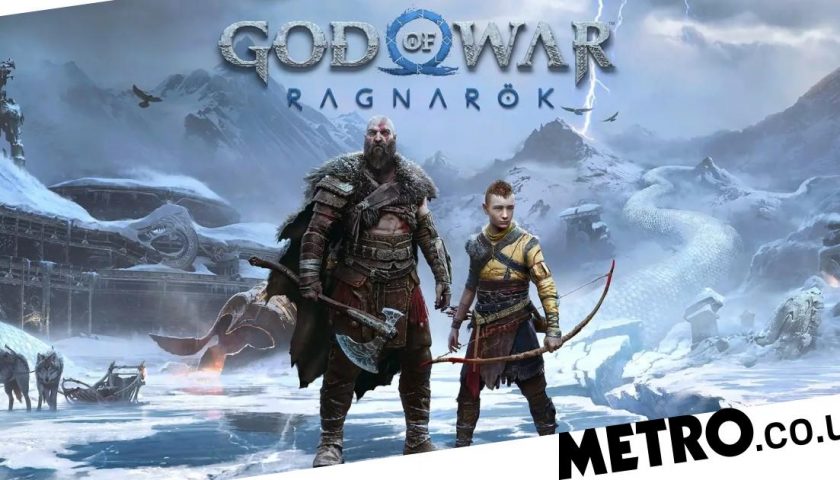 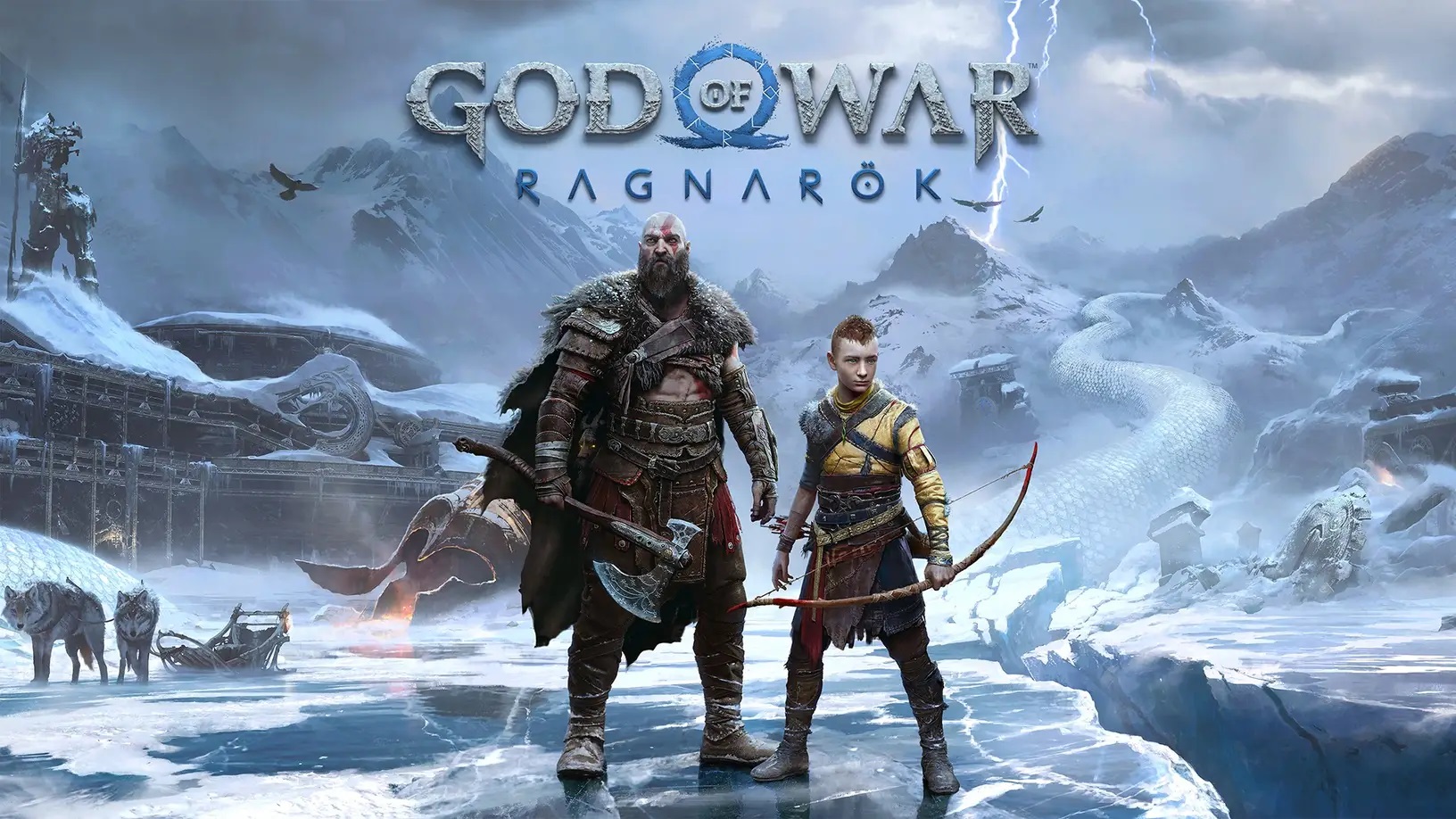 The Tuesday letters page questions the reputation of Fallout 4 and Oblivion, as one reader looks forward to Eiyuden Chronicle: Hundred Heroes.

Waiting for something
I don’t think it can be said enough really, but the real question about the next State of Play is not when it is but why is Sony keeping it a secret? Unless there’s not going to be another one till October or something why would they not just tell us when it is? Microsoft has had their event, they’re not going to have another in a hurry, and I’m sure Sony doesn’t even consider Nintendo a direct rival, so what is the issue?

The only one that makes any kind of sense is that they don’t know when God Of War Ragnarök is out but if it does get announced this month, as the rumours claim, then there’s no excuse. If they reveal that in another lame blog post I’m really going to wonder if PlayStation has lost its mojo.

Everything for months now has been all about the Xbox and as a PlayStation 5 owner it’s starting to make me feel very nervous. Why isn’t Sony making any effort to stay in the news? Why won’t they give us something to look forward to? What are we even meant to be anticipating? This PS Plus revamp has turned out to be a big nothingburger and I don’t even know what’s supposed to be next.
Casper

Next generation experience
The latest crop of Xbox Game Pass games really is smashing! I have managed to download Sniper Elite 5, the new Turtles game, and Jurassic World Evolution 2 so have three great (and very different) games to look forward to.

For me that’s the beauty of Game Pass: encouraging you to try games you wouldn’t normally. It is also nice that I can try a game and if I don’t really enjoy it, don’t feel guilty about not finishing it.

With Game Pass and fibre optic broadband and a 4K TV, the Xbox Series X really does feel like a next generation experience – every aspect of it is better than what we had before: speed, size, diversity. Overall, it just feels a lot more fun than the last generation to me already.
Brando

Twice the heroes
So I assume that when Sony does get round to a proper State of Play one of the games they’ll show is Spider-Man 2. It’s pretty obvious that Venom is going to be a big part of it and I think it’s fairly easy to guess at some of the others too, just by looking at who wasn’t in the first game.

The big question for me though is whether the game will have co-op. I assume this is why they’ve been building up Miles Morales but it’d be pretty wild to have an open world game like this be co-op all the way through, especially with story dialogue and everything going on at the same time.

It does seem like the obvious way to go though, in terms of providing new gameplay, but I don’t know whether it’s even technically possible at the moment. I hope it is though, I’m excited just thinking about it.
Cosmo

Time to go back
One thing I’ll say in favour of this current games drought is that it has convinced me to go back to play some retro games that I’ve never got round to before. I have the PS1 out at the moment and I played through the whole of Metal Gear Solid again, and love it just as much as before.

Silent Hill was a bit ticker to circumvent, just because it’s such an old game and was pretty clunky at the time, but I still enjoyed it and it’s definitely still scary. The one I enjoyed the most though, which I didn’t expect, is Suikoden 2.

The game basically looks like a SNES game, so graphics were never an issue, but I really got engrossed in the strategy and story and trying to collect all the characters. I really hope the spiritual sequel (which I can’t spell but hopefully GC can show) holds up to it because I’d love to see a modern version, especially if it’s by the same team.
Tuco

GC: You’re thinking of Eiyuden Chronicle: Hundred Heroes, which is due out sometime next year.

Familiar story
I’m clearly late to the party here but I just caught up on the Obi-Wan Kenobi series on Disney+ and, umm… it’s just Fallen Order but worse? Like, the whole story with Reva seems to be identical to Trilla, except not done as well in terms of acting, dialogue, or basic plotting.

The whole of one episode was basically exactly the same as the end of Fallen Order, except stupider and less exciting. I really couldn’t believe what I was seeing when I realised they were going to go ahead and just copy everything.

Fallen Order sold more than 10 million copies. Did they not think anyone would notice?
Marinader

Lost Treasure
Fantastic news about Treasure coming back and I hope whatever they’re doing it’s going to be something at least reasonably high budget. If I was Microsoft I’d immediately snap them up for something and basically give them all the money, in return for a good exclusive and internet kudos points.

I just can’t work out though what ‘that’ game is meant to be. It’s obviously meant to be the one that all the fan have been asking for but I’m not aware that anyone has asked for anything in particular. I mean, I’ll take sequels to any of their stuff, from Ikaruga to Mischief Makers, but I don’t feel there’s one that stands out above the rest as being in extra demand.

Maybe it’s more obvious to Japanese fans but let me make this very clear: whatever they release I’m going to buy it day one and I can’t imagine anything that would make me go back on that.
Prendergast

Come back later
There’s going to be a Nintendo Direct on Wednesday! The Nintendo Direct is only about Xenoblade Chronicles 3! What is this, the monkey paw sketch from The Simpsons?!

Why is it only about Xenoblade when Splatoon 3 is out in just a few months and we’ve basically seen and heard nothing about it since it was announced. Throw us a bone here someone, it’s beginning to feel like the games industry has put up an “out to lunch” sign and has no intention of coming back until Christmas at the earliest.
Wansley

Evolutionary path
So I’ve seen a lot of talk about Fallout 4 lately, since it’s the obvious game to compare to Starfield rather than the fantasy-based Skyrim – plus Fallout 4 is Bethesda’s most ‘recent’ game. My impression is that this game was always well thought of and I have to say my memories of it is that it was good, although it seems a long, long time since I’ve played it and I don’t think I’d be in a hurry to go back considering how long it was.

I do think it would be a shame if there’s some sort of revisionist history about Bethesda’s games as I don’t think there’s any question that the two modern Elder Scrolls and Fallout games are classics. They were good games at the time and had a lot of impact on other games around them.

Maybe Oblivion doesn’t stand up as well as Skyrim and I can get behind people saying New Vegas is better than the two numbered sequels (although I do think they forget how buggy it was) but I’d say all these games were ‘good’ and justly remembered for pushing forward the idea of first person open world role-players.

Sometimes people seem a bit too quick to dismiss older games completely just because they haven’t aged all that well in some areas. No one criticises Sonic the Hedgehog because it doesn’t have modern checkpoints and I don’t think people should turn their nose up at things like old school Resident Evil and it’s tank controls. That’s just how it was then and it’s not like it’s unplayable now. If we didn’t have these innovations back then we wouldn’t have the amazing games we do now.
Gifford

Inbox also-rans
Flashback is free on GOG for the next 72 hours!
Andrew J.
PS: The Amiga documentary has met its funding goal on Kickstarter, they have added a physical copy option too now.

I was all ready to disagree with the guy talking about the best Elden Ring character but I can’t. Iron Fist Alexander clearly is the man… pot… thing. I love him.
Tosh

This week’s Hot Topic
The subject for this weekend’s Inbox was suggested by reader Gonch, who asks what’s the easiest video game you’ve ever played?

The debate over games that are unusually difficult will never end but what about the other end of the spectrum and games that are a lot easier than normal? What do you consider to be the easiest game you’ve ever come across and is it being easy a generally held belief or did you happen to be unusually good at it?

Do you enjoy easy games and what, if any, problems did its difficultly level create? Did you enjoy the game and do you think it would’ve been better or worse if it was harder?

E-mail your comments to: [email protected].co.uk