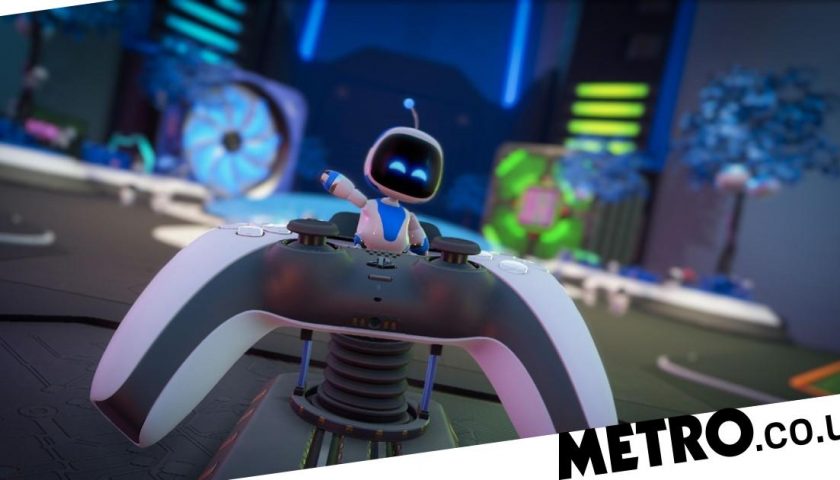 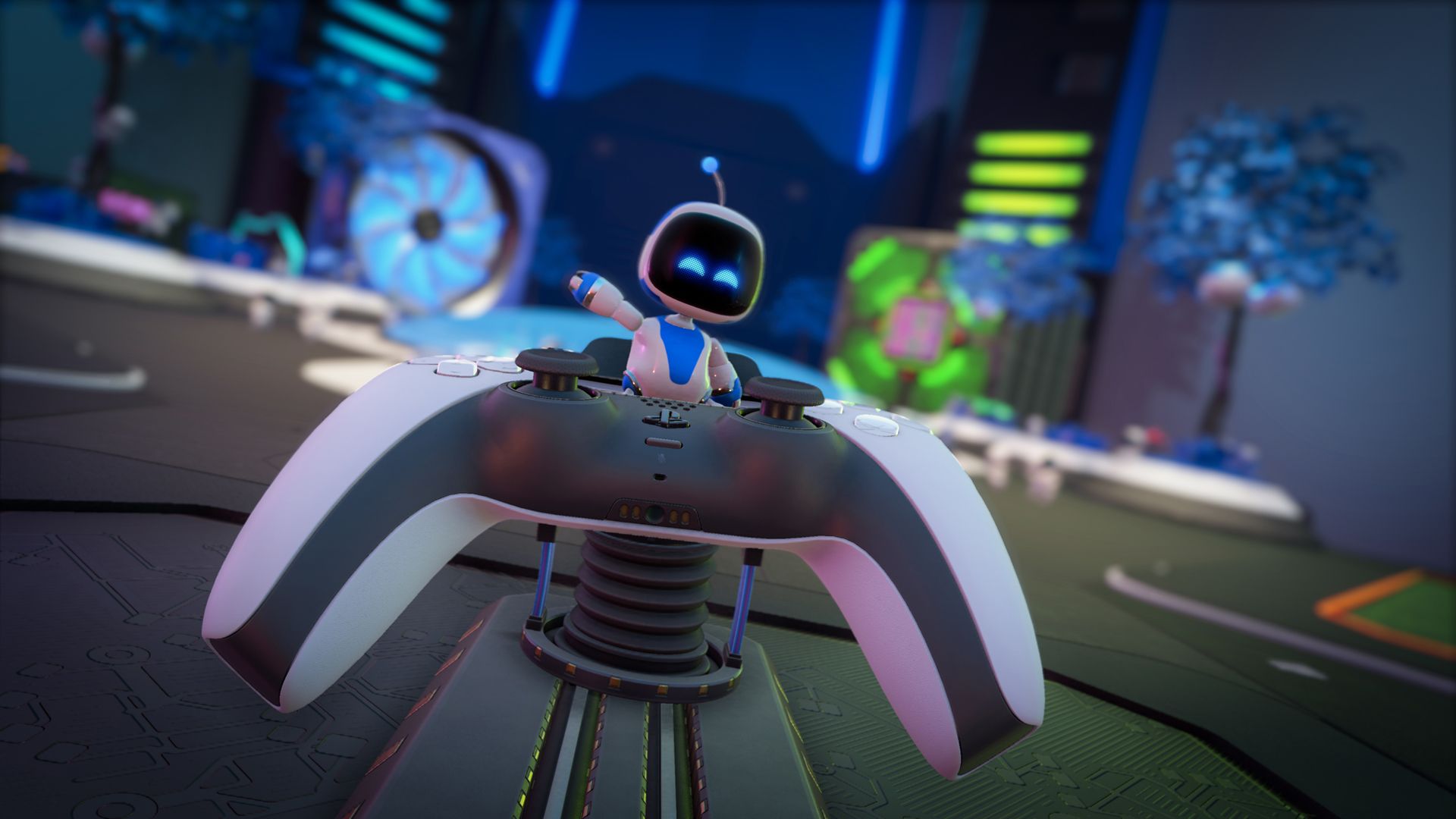 Late starter
I don’t know whether the Xbox Series S is the source of the trouble or not but whatever’s going on I think it’s totally reasonable to be disappointed by the graphics and games of the next gen. Even the PlayStation 5 exclusives aren’t mindblowing, while things like Halo Infinite are downright bad. If they’re being held back by other consoles, including the last gen, I don’t know but it could just be that the new consoles aren’t as powerful as they pretend.

What happened to the SSD changing the way games are made? What was all that nonsense about 3D audio from Sony? And how comes the only game to make proper use of the DualSense triggers is Astro’s Playroom, that came free with the console?

I know: pandemic, pandemic, yada, yada. But c’mon, let’s see some ambition and real high-tech flexing. I don’t think that’s going to happen with God Of War Ragnarök, which is also on PlayStation 4, and I don’t even know what Xbox’s next game is supposed to be. So when does the next gen really begin?!
Hadley

Late, man
So that Gotham Knights review was about as I expected. Funny how we can all see a dud coming a mile off but apparently publishers are completely blind to it. The whole concept seemed bad from the start but some of the details have me completely baffled. The game never has you changing characters unless you want to? There’s no target lock? The story assumes you’ve got a PhD in Batman?

Just looking at footage the problem to me is that it doesn’t seem different enough to the Arkham games and yet the things that aren’t the same about it are apparently the worst thing.

Why didn’t they just do an actual Batman game? Even if that their next game it’s going to be over 10 years since the last one that’s crazy. And at the height of superhero movie popularity! That’s not just missing the boat, that’s waiting so long the sea dries up and turns to desert.
Follin

Next big thing
If a Nintendo Switch 2 isn’t planned any time soon I wonder what Nintendo’s next big game is going to be after Zelda: Tears Of The Kingdom. Probably not Metroid Prime 4, as I don’t think there’s any indication that’s nearly ready, so what is it? You’d assume something from the Super Mario Odyssey team but they’ve been so weirdly quiet for years it’s impossible to guess what they’re doing. Could they be disbanded, even?

Before anyone suggests F-Zero or Pilotwings or some other low-selling B-class franchise I think it’s time they started making new ones again. We haven’t really had a major one since Splatoon and we can’t get a new Smash Bros. until Nintendo actually has new characters to put in it!
Murphy

Movievania
Like others I am baffled as to why Konami is putting so much effort into making so many Silent Hill games. It’s never been a big franchise and I don’t see it suddenly transforming into one. The only thing I can hope is that if they’re willing to put this much money into Silent Hill maybe they’ll be willing to do even more Castlevania, aka the game people actually want to get a reboot.

A massive open world game that’s like a cross between Dark Souls and God Of War would be amazing, with all the classic music and monsters. Games like that are much more popular nowadays and if Konami put enough money into it I think it could be huge, especially as people are now familiar with the premise from Netflix.

Maybe they’ll even do a movie version of it? Although I imagine that’d be much more expensive than a Silent Hill film. Dave Bautista as Simon Belmont?
Vistid

Free horror
Just to mention that SOMA is now on Game Pass. A fantastic survival horror style game that got completely overlooked when it first came out. It’s by the same people that did Amnesia but I consider it the best thing they’ve done by a long stretch. It’s scary, very scary, but also a really good science fiction story that could totally happen in real life.

I don’t know if it will really benefit the developer – I’m not clear on how Game Pass really generates money – but I hope the game manages to find a new and more appreciative audience now. From the bit at the beginning, when you first realise what’s happened to you, to the very ending, it’s just a classic, dark horror sci-fi tale.
Onibee

The world’s biggest game
I see Sony are buying up more exclusives like Silent Hill 2 and nobody bats an eyelid. The hypocrisy shown by Sony and the naivety of the CMA (Competition and Markets Authority) to support them over the Activision deal is frankly appalling. Sony even had a clause in their marketing deal with Activision to ensure Call Of Duty is prevented from showing up on Game Pass, yet the CMA want to argue the proposed deal is anti-consumer.

I really couldn’t care less who owns Activision or what happens to Call Of Duty, though Bobby Kotick being given the boot would be a positive for all. It’s the hypocrisy shown by Sony which is getting under my skin. Yes, all these large corporations employ underhand tactics, but to see Jim Ryan publicly complaining in the most hypocritical manner I find embarrassing.

On one hand you have Microsoft downplaying the importance of Call Of Duty whilst Sony are arguing it’s the most important title ever made and the industry will be less competitive if it goes to Xbox. Not a good look for all concerned.

Sony are only looking out for their own interests, we get it. I just don’t see a strong argument which prevents the deal, not when Sony themselves continue to undermine their case with their own actions.
Anon

GC: Call Of Duty and Silent Hill are hardly equivalent franchises. It’s also likely the Silent Hill 2 remake is in a situation similar to Bayonetta, where it wouldn’t have been made without the money from a format exclusive deal (which is in any case timed, not permanent).

Wait and see
Funnily enough, I’ve always wondered whether any industrial espionage goes on between Microsoft and Sony. Or is that just a thing that happens in movies?

The way Sony always seemed to have an answer to Microsoft’s E3 showcase was always mighty suspicious. But I think they just turned up with two plans and went with whatever one made the most sense based on Microsoft’s event happening the day before. But yeah, I think Microsoft just messed up talking about Wolverine.
Bollin

Subtle problems
As somebody who has recently replayed Silent Hill 2: Restless Dreams for the first time in what must be a decade and, mostly, really enjoying the experience all over again, I was interested in the news about the remake for modern platforms.

It is undoubtedly one of the best survival horror games of its generation, a benchmark. However, the trailer, as you’d expect featuring near photorealistic backgrounds and incredible detail, didn’t enthuse me on any level. The reason: the thing that tempered the enjoyment of my Restless Dreams replay was the voice acting and the intermittently clunky script which not even an A-list actor could deliver well.

For its time those elements were way above the quality not just of the norm in survival horror games, but most other games, and rightly praised because of that. But with the perspective of time now it often sounds stagey and awkward. The new game’s trailer doesn’t address that, it is almost exaggerating those flaws.

That extends even to the modelling of James Sutherland: with the look they’ve give him he reeks of guilt, a floppy haired, weak chinned, angst filled, self-obsessed depressive. It’s not just signposted, his inner turmoil is practically being shouting at you with every eye squint, Lady Macbeth-like rubbing of his hands, and close up detail of his sweaty, unshaven face – it is all terribly theatrical.

Maybe new players will ignore all of this but will they be able to ignore Pyramid Head now looking even more like somebody trapped in a collapsed umbrella?
Malcolm Lawn

Inbox also-rans
I had a dream there was a new State of Play the other day. I don’t remember what was announced but I do know I was very disappointed when I woke up that morning.
Crispin

It’s not really my cup of tea, but some readers might be interested in this 100-minute video on XCOM by Ahoy, his stuff’s always really good.
ANON

This week’s Hot Topic
The subject for this weekend’s Inbox was inspired by reader Carlos, and asks what video game are you best at?

No matter how old it is or on what format – single-player or multiplayer – what game do you feel you’ve truly mastered? Do you consider yourself good at it compared to other people and did you get anywhere of note on online leaderboards, if the game had any?

How did you get good at the game? Was it something you practiced at a lot or did you just seem to be a bit of a natural? Are you good at other similar games or are your specialities fairly specific?