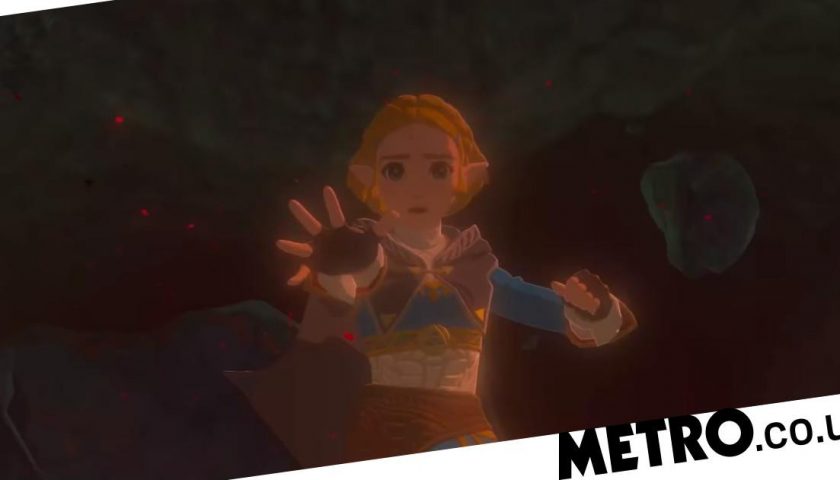 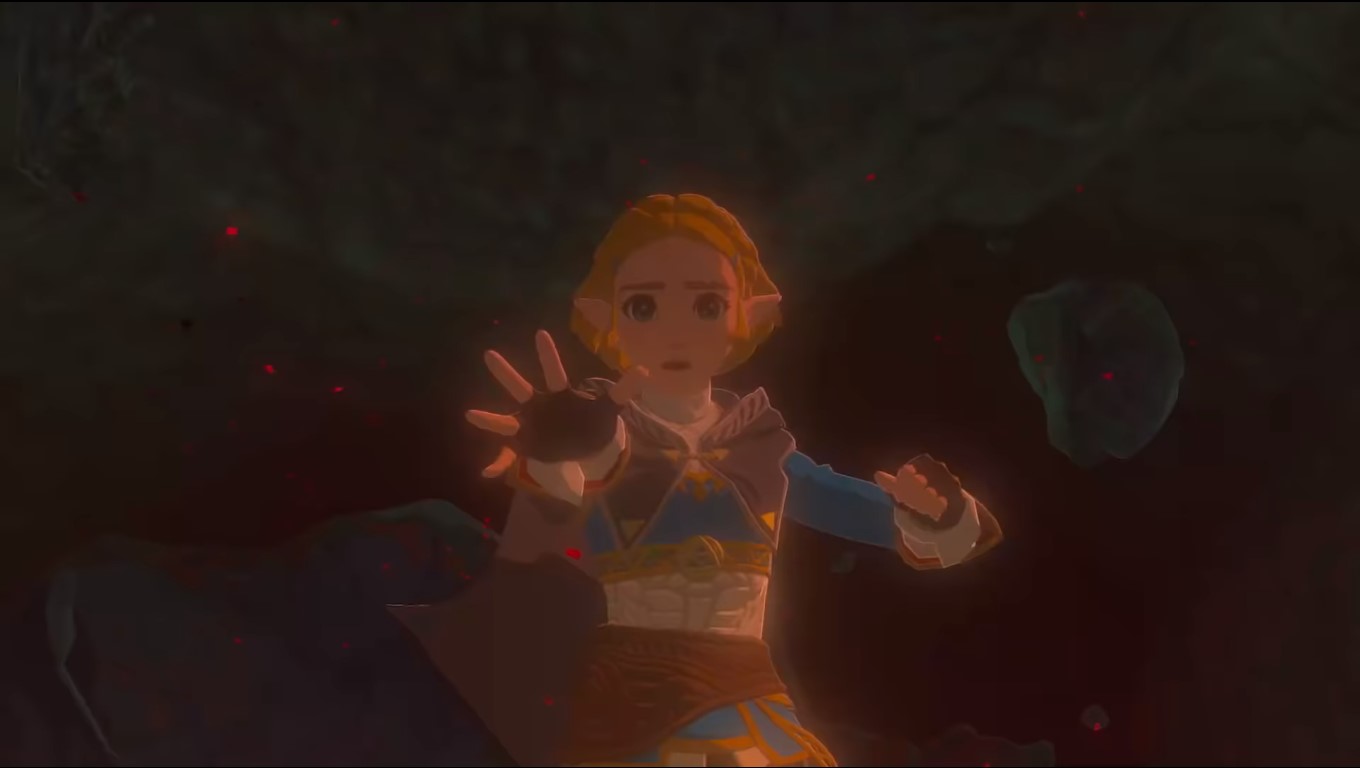 The Friday Inbox enjoys E3’s trio of turn-based strategy games, as one reader is unimpressed by Stranger Of Paradise: Final Fantasy Origin.

The actual legend of Zelda
Seems to me that whatever is going on in Breath Of The Wild 2 has to do with Link’s arm, which does seem to be infected or replaced or something with the stone technology of the shrines. But that could mean anything, maybe it’s just an excuse for a few more magic powers or maybe it means he can control time for everything.

I think most people noticed that if they watched the new trailer but I’ve seen some wilder theories that you actually control Zelda all the time on the ground and Link only in the sky. There doesn’t seem to be much evidence for this though, other than Link has different clothes on in different sections of the trailer and some think the one on the ground is a placeholder and it’s really Zelda. Also, she’s falling in the trailer… to the ground, I guess.

The other theory is that this is some kind of redemption story for Ganon and that he’s actually the original Hero of Time and that’s who Link and Zelda are trying to bring back to life at the beginning of the first trailer. I can buy the Zelda theory but I don’t really see that. I’d be all for it though, as something to shake things up and give Ganon a proper personality and motivation.
Ishi

Good excuses
Interesting letter about how much more popular the Battlefield 2042 trailer was than Halo Infinite. I know Battlefield is obviously multiformat but I would’ve though the redemption of Halo would’ve done better but then I guess they didn’t really show that much and maybe people have just had enough now.

I looked into things a bit more and it seems Battlefield 2042 was easily the most watched trailer of E3, with Zelda and Elden Ring way behind it. I guess those were really the only big reveals, in terms of something people would be searching for to see on YouTube and whatever but Ubisoft must be worried that none of their stuff seemed to do that well, not even Far Cry 6.

There are plenty of good excuses for why this year’s E3 was the way it was but there’s no getting away from the fact that it was boring and drawn out with even the big announcements not really saying anything. Maybe that’s why Battlefield did so well, because it did actually go into quite a bit of detail and showed gameplay. It’s not my sort of game but I can respect it for not hiding behind a pre-rendered trailer and still looking good.
Cameron

Turn-based expo
E3 2021 might not have been a classic but between Metal Slug Tactics, Mario + Rabbids, and Advance Wars I’m going to call it a win for turn-based strategies. I’m just as surprised as anyone as to how these kind of games become popular again but I’m loving it. I guess it has to do with indie games, where it makes more sense to make a game like that, although I do think the new XCOMs helped.

My only regret is that the rumoured Marvel game by Firaxis didn’t get revealed. I assume it’s true, because the Borderlands spin-off was confirmed, but then the original rumour did say it might not be announced at E3. It’s not so much the licence, which I could take or leave, but the idea that it’ll probably be the biggest budget turn-based game so far.

Not that these games need a particular big budget but fancy graphics never hurt anyone and it’d just be cool to see something that would’ve been regarded as box office poison a few years ago become a big name game.
Wotan

Unsuccessful demonstration
Oh boy, Stranger Of Paradise: Final Fantasy Origin is not what I was hoping for at all. Finally got a chance to play it last night and it looks and feels like an Xbox 360 game, like someone put Devil May Cry and Dark Souls in a blender and yet didn’t manage to keep any of the good bits from either.

The characters are horrible, the dialogue’s terrible, the level design is super basic, and everything is just so… black. What does any of this have to do with Final Fantasy 1? The combat is obviously the saving grace but it’s nowhere near good enough to make up for everything else, with a fiddly magic system that I quickly gave up on to prod people at a distance with the lance.

Of all the games to put out a demo for I have no idea why they chose that but it has certainly put me off a game that I would otherwise have been interested. Which I guess is exactly why most companies don’t do demos anymore.
Gorky

Lost audience
I was curious about Game Builder Garage after your review, even though I knew I probably wouldn’t have time for it, then I noticed it was number one in Japan, beating both Ratchet & Clank and Final Fantasy 7 Remake Intergrade. I know there are obviously more Switches in Japan than PlayStation 5s but even so, to see something that hasn’t even got a physical release in the UK go straight to number one, above such well known games, is kind of crazy.

It kind of illustrates why Sony is changing its focus towards Western-made games. It’s not because they’re not interested in Japanese devs exactly but because they realise that there’s no money in catering to the Japanese home audience, because they’ve basically lost it to Nintendo.

To me it’s also an illustration of why Xbox will never be big in Japan. The consoles have never had the games Japanese gamers like and now it’s just too late, because nothing other than the Switch is selling. Unless Microsoft made a portable hybrid console I don’t see them ever moving the needle. Japan is Nintendoland.
Gifford

Long wait
I hope there is going to be a Wolfenstein 3, it would be a crying shame if they had all those games and never gave it an ending. I know GC is a fan too and I remember Wolfenstein 2 being another of those cases where everyone knew the publisher was doings something dumb (releasing it at Christmas) but they did it anyway and were proved to be in the wrong.

Why they then followed that up with two so-so spin-offs, tarnishing the series’ reputation, I don’t know but now we’re looking at possibly five years or more before the trilogy is complete? It seems to me they’ve had a few years that they could’ve been working on it, to the point where it would probably only need another year or so, but if that was the case wouldn’t they have just announced it and got it out of the way before the Indiana Jones game?

It’d be a nice surprise if Wolfenstein 3 suddenly appeared out of the blue sometime in the next 12 months but I doubt it. I wanna kill mecha-Hitler, dammit! Oh, well maybe he’ll be in the Indiana Jones game instead…
Korbie

Thank you for your help again, Game Central and Grimwar. I also bought the story DLC at the same time too. Thanks for the recommendation Grimwar.
Andrew J.
PS: I see the excellent Plague Tale: Innocence is coming to Switch as a streamable title.

Different reality
Bethesda are revealing Starfield in a bit of an odd way but I have to say I’m very encouraged by the concept art we’ve seen. What I’m curious about though is how much ship combat is a part of the game as almost all the artwork is of the ship just parked on a planet. Will there be space combat? Will we be able to board other ships? Will there be zero gravity? Will any of the planets have different gravity or anything more alien than just slightly different looking plants and animals?

I do feel that developers really don’t try to do very much with their sci-fi settings. It’s usually just rocks and a few vaguely futuristic buildings and then call it a day – Mass Effect was very guilty of this and even No Man’s Sky, I felt, was never really that different to the reality we know.

The Han Solo comparisons do seem odd given what we’ve seen so far but a lot of these cities seem really big so I don’t see why they wouldn’t have seedy bars and the like. Although the other question is how much are you going to be actually walking about exploring, like in Skyrim? Nobody can say, of course, but clearly there’s a lot to say and I’m definitely open to hearing more about it.
Coplorne

Inbox also-rans
Thanks for the review of Chicory: A Colorful Tale, GC. Never heard of it before but it looks right up my street. Celeste was fantastic so if this is half as good it’s gonna be great.
Loogie

Everyone banging on about how great the Forza Horizon 5 graphics are but has everyone forgot how great the Gran Turismo 7 graphics were, over a year ago?
RamboSi (PSN ID)

GC: Probably? A year seems like an especially long time ago during a pandemic.

This week’s Hot Topic
With E3 2021 carrying on until Tuesday the obvious subject for this weekend’s Inbox is what you think of it and the various announcements.

Which games have impressed you and which do you feel were a let-down? What has been your favourite surprise and what were you hoping for but never got announced? Which company do you feel put on the best show and who was a disappointment?

How much do you care about E3 and what do you think about this year’s format, forced upon it by the pandemic, compared to previous years? Please make sure to label your emails as either for the Hot Topic or the weekday Inbox.