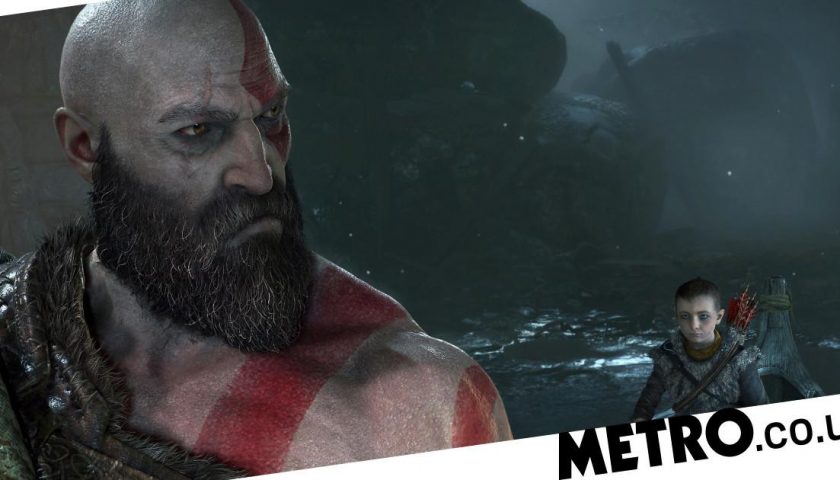 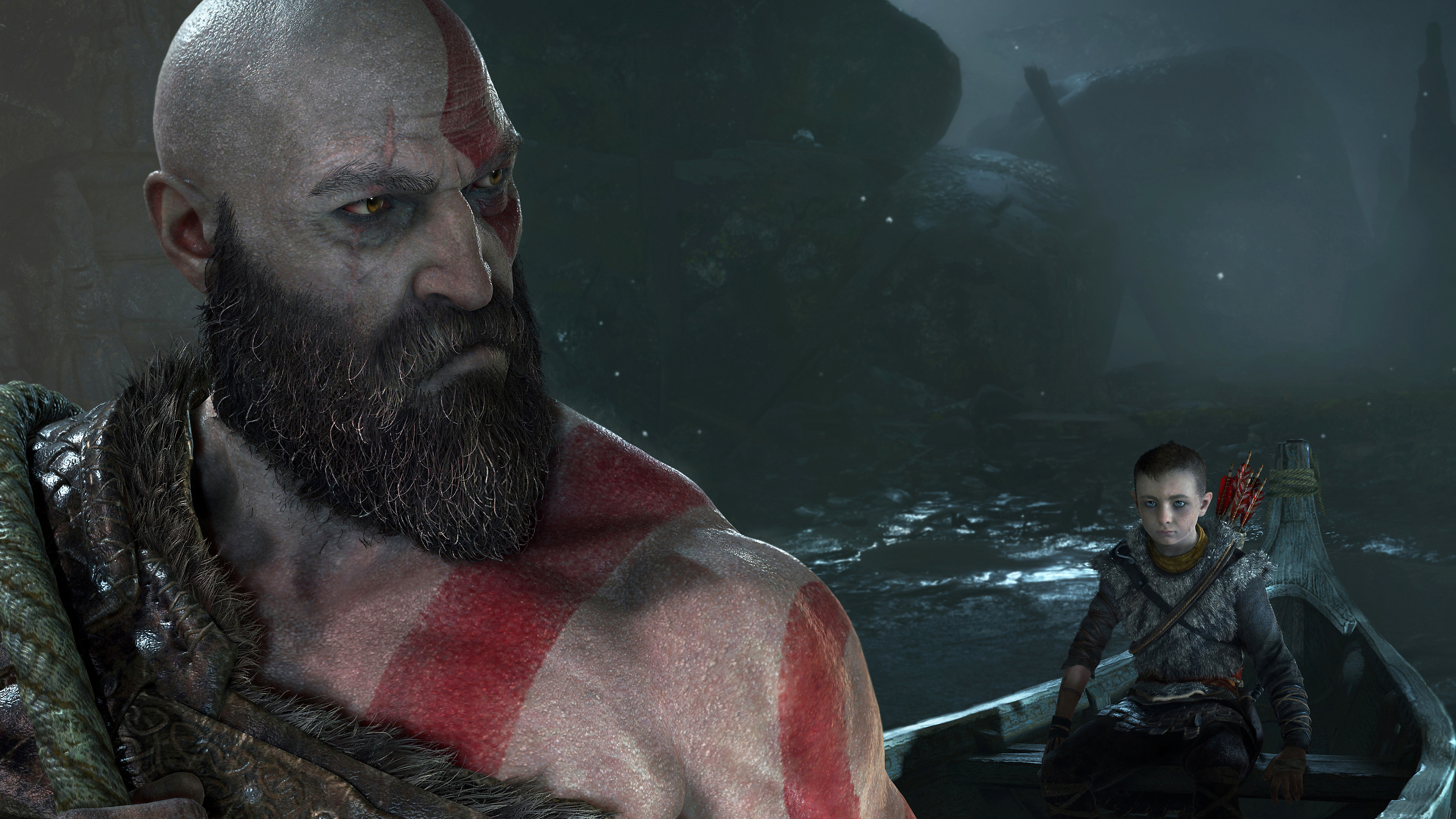 The Monday Inbox wonders why there was never a big budget Game of Thrones tie-in, as one reader gets an update on Panic’s Playdate console.

Rule of two
I finally recovered from the Kojima burn GC hit me with and was able to type again. I called it on God Of War. I said Sony would do it several months ago. Traditionally they have put two out per console. God Of War 1 and 2 on PlayStation 2, two on the PSP (Chains Of Olympus and Ghost Of Sparta) and two on the PS3 (3 and Ascension).

As for people worrying about the PS5 version, don’t. As far as I can tell the games are scaled to perform on the console, i.e. PlayStation 4 will be locked to 30 frames at 1080p or 4K on Pro, perhaps, and whatever the PlayStation 5 can handle plus the speedier loading times, etc.

GC: It’s not the performance of the difference versions that people are concerned about, but that the underlying design is being held back by having to also work on the PlayStation 4.

No rush
Just read you’re bit on the writer getting abuse about the God Of War delay. I couldn’t be happier about a delay. Not only does it mean it gives them more time to polish it up and make it as great as the fist, if not better, but it’s spacing the games out. I mean, I’m getting Ratchet & Clank: Rift Apart (pre-ordered and paid for), Deathloop (thanks to you) Call Of Duty (as long as it’s not WW2), Horizon Forbidden West (will be pre-ordered ASAP), and God Of War before the delay. That was a lot of games and a lot of money in six months.

I’m over the moon they have delayed it, it will space them out and I’ll know the best possible games will be coming because of the delays. After the year we have had, and are still having, I can’t believe someone would write what they did. Someone that’s done their job and it’s not in their hands no more. If I could swear I would.
David

GC: What are you gaining by pre-ordering any of those games? Especially as none of them have been subject to hands-on previews, let alone reviews.

The current situation
I admit I am disappointed that the PlayStation 5 has two cross-gen games for two big franchises, in Horizon Forbidden West and God Of War: Ragnarök. It was always assumed that Sony was not into backwards compatibility, but their hand was forced because of the popularity from Microsoft’s success. PlayStation 4 did not have backwards compatibility but was hugely popular, so I do wonder why Sony are so focused on this feature now.

It does show that the good sales of PlayStation 5 is connected with the scalpers. Sony must recognise that software sales have a low attachment rate due to this, therefore it would be unwise to have exclusive PlayStation 5 games as they will lose a ton of sales. The cross-gen games are purely a business decision, akin to Sony games now coming onto PC.

To reiterate, PlayStation 4 never had supply issues in its 2013 debut, which is why we didn’t see cross-gen games along with the PlayStation 3. I would ask fans; would they rather have PlayStation 5 with no PlayStation 4 backwards compatibility but with more PlayStation 5 exclusives or how the current situation is? I do prefer how it was with PlayStation 4 where the games were not cross-gen and exclusive to the new generation.
ShenYeng Apollo Crews

Tolkien-esque tie-ins
An Inbox letter last week mentioned Game of Thrones, which got me thinking how bewildering it is (to me, at least) that a big budget console game wasn’t released at the height of its popularity. Has that been a Hot Topic before? Films, TV shows or books that either haven’t been made into a video game at all, or adequately, or haven’t had an entry in a long time, for whatever the reason?

For example, it seems to me a remake of the Lord of the Rings PlayStation 2/Xbox movie tie-ins with modern graphics and gameplay would be huge sellers (licensing, etc. aside). Imagine fighting in Helm’s Deep three console generations on. I couldn’t think of many more gaming prospects I’d be more excited about.
Nathan

Transient dimension
Super Mario World is timeless. It plays just as well today as when it came out and if you didn’t know better, you could easily mistake it for a brand-new indie game. The same can be said of a lot of 2D games.

But I was wondering what is the oldest, best aged, 3D video game? I’d say Doom. It still plays fantastically and looks great on most of the maps, if you ignore the sky boxes.

What do you think?
Chris

GC: Doom is a pretty good call. How about Zelda: Ocarina Of Time, too? It holds up better than Super Mario 64.

I was buying PlayStation 4 games at £38-£42, which is a fair price, but £70 is way too much. Me and many of my like-minded friends online and offline will not purchase games at those prices until they come down to £50 max. We all say the same. So none of us will be playing Returnal or any other £70 games until they come down in price.

Happily, still playing PlayStation 4 Call Of Duty upgraded to PlayStation 5 for now. I wonder how PlayStation 5 sales compare to PlayStation 4 sales in numbers on new game releases. I would not think a lot of people would spend the money on a game at £70. I have the money to do this but it is a matter of principal, they make enough money out of us already (Sony/game developers).

GC: PlayStation 5 software sales are actually ahead of PlayStation 4 at the same point in its life.

Panicky update
Well, I received an email on Friday night, GC, from Panic inviting me to their Playdate update YouTube premier video that’s going live on Tuesday, 8th June. To be fair, I completely forgot all about it since hearing the news regarding this little handheld back in 2019.

Panic have said it’s going to sell for $179, they’ve doubled the internal storage to 4GB, and it will now come with twice as many games in Season one from 12 to now 24. I don’t know if I’m still interested in the Playdate anymore, but it will still be worth a watch to see what Panic are actually offering with this very unusual handheld. I’m definitely sat on the fence at the moment but who knows, it just might be worth taking a punt. And if I do pull the trigger, I may get one on the official day of release.
JAH

The vague gen
For me Sony’s stance on cross-gen has been contradictory and a little vague. They’ve bigged up their belief in the generational model while also saying they will support the PlayStation 4 for years to come. The crossover in the middle is where all the confusion arises from and you’re left with the outcome where it’s understandable, for me, but some early adopters are upset every time another first party game is cross-gen.

Sony’s generational belief spin was a rebuke to Microsoft’s opposite next gen philosophy of no first party Xbox Series X/S exclusives in the first few years, which for the most part received a poor reaction. Halo Infinite’s dodgy reveal was mostly put down to Microsoft’s cross-gen approach. Maybe Sony were going for another kidney punch to Microsoft like they dealt them with the PlayStation 4 reveal and the classic how to share games clip.

Microsoft isn’t spotless though. Before Microsoft bought Zenimax Media, Starfield was announced as a next gen-only game. I don’t believe Microsoft have officially announced what the formats will be since the purchase. Who knows, Starfield could be the first big first party next gen-only exclusive of 2022. We have no idea when this no-next-gen exclusives period ends. In the end both companies seem to be in a similar position with cross-gen, which makes sense as an extended cross-gen period was often predicted for various reasons.

I wouldn’t sell my console (I have an Xbox Series X) over anything that’s been said or done though, both have provided a lot to enjoy already, with Sony offering the most. Think it’s just another example of not believing or interpreting the marketing and only buying when exactly what you want is on the shop shelves or digital stores.
Simundo

Inbox also-rans
Reading the article about the Taito mini console reminded me about Taito Legends on the PlayStation 2. It was a great compilation that I purchased mainly for The NewZealand Story. Would be great if Taito released it on the PlayStation Store.
Tony–1975

Just a very quick message to say the PC Engine Mini is £53.52 on Amazon currently! It was £85 before that and then £65 before that.
Andrew J.

PLEASE NOTE: There will be no Hot Topic this week due to E3 at the weekend.