To most people, Gengar is the “OG” (in this case, original ghost) in the world of Pokemon. Existing as the third and final evolution in the Gastly chain, Gengar has gone through many subtle redesigns throughout the history of Pokemon – in fact, it seems to have changed more than pretty much any other ‘mon in the entire series.

Highlighted by Mekanos on ResetEra, Gengar’s debut sprite in the original Pokemon Green and Red introduced the chunky phantom as a grinning, purple nightmare. The Ghost Pokemon’s design in these early stages largely resembles the Gengar we have become accustomed to, except its eyes were white instead of red. Gengar’s first major change occurred in Pokemon Blue’s artwork, where it was colored blue – possibly to reflect the game’s title. Gastly and Haunter, however, appeared to keep their purple tint.

Shortly after Game Freak and Nintendo’s worldwide success with the Pokemon games, Gengar made its first appearance in the anime, which saw the return of its original purple palette. When Pokemon Yellow released shortly afterwards, Gengar’s shape was altered yet again to match the anime – which was the case for most ‘mons in Yellow. Gengar’s face changed to encompass most of its body, compared to the original sprite where its body appeared to be a bit more of a… well, body. Its refined design made the Ghost Pokemon cuter = a “chibi” rework to use the correct term – and the television show doubled down on this new, approachable demeanor. 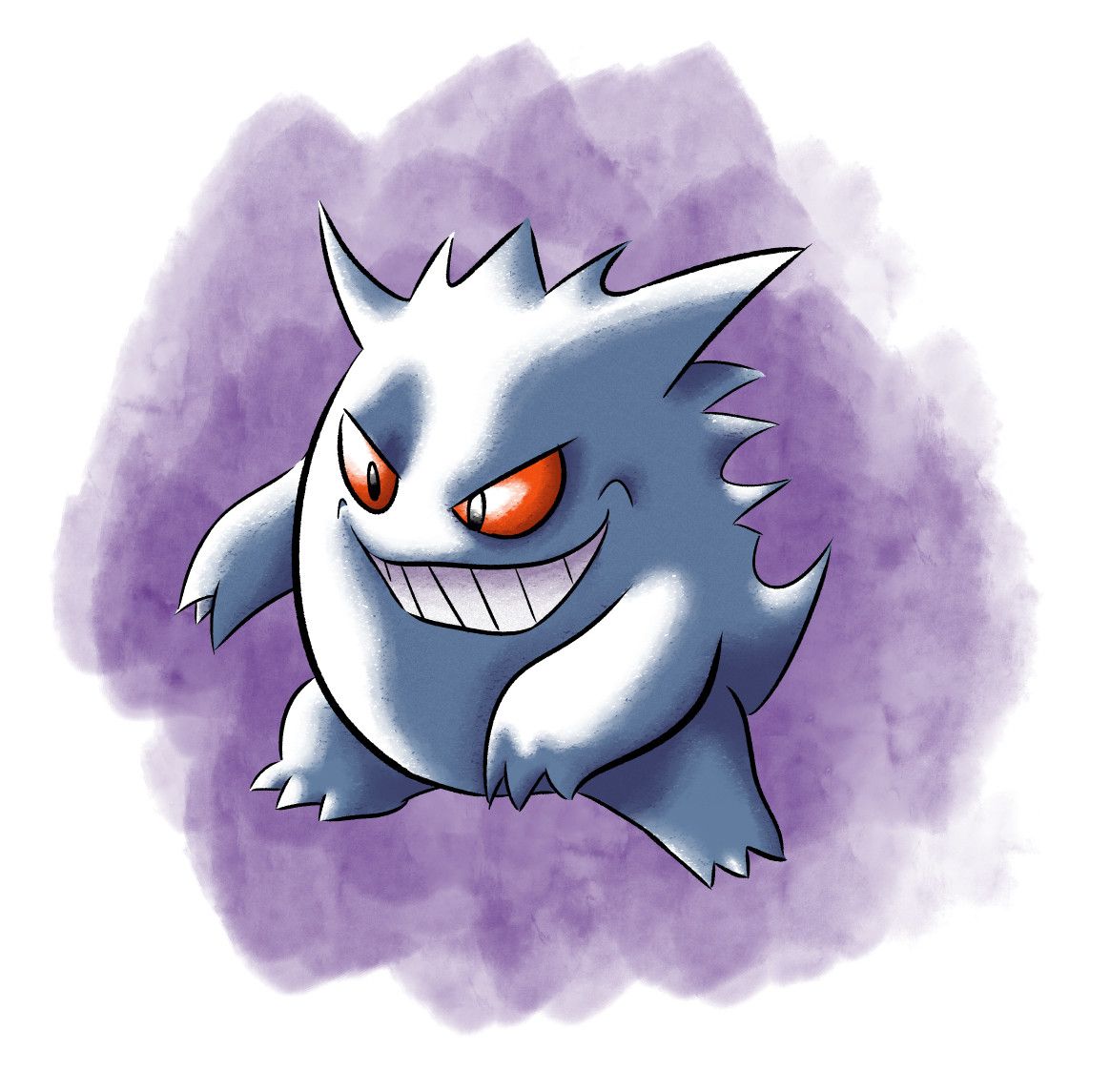 Gengar retained its purple design in Pokemon Gold and Silver, although its Pokemon Crystal sprite rendered the ‘mon as a little bit darker. Generation 3 Gengar received the most design alterations since its Pokemon Blue design, mostly in relation to its back spikes. When viewing the sprite from the rear during battle, Gengar’s spikes change position and its overall color is desaturated in comparison to its FireRed and LeafGreen design. The changes in Gengar’s back spikes would continue to occur all the way up to Generation 6, at which point the Pokemon’s back became almost spike-less.

We know that Gengar is an apparition, and one user pointed out that Gengar’s appearance could change depending on the Pokemon’s lighting environment. If the lighting has always made the ghost with the Cheshire cat smile appear cute to you, then this series of “Relax at Home” plushies – featuring a content-looking Gengar – could be enough to prove your point. Let’s just home Game Freak doesn’t change the design again if you decide to pick one up for yourself.