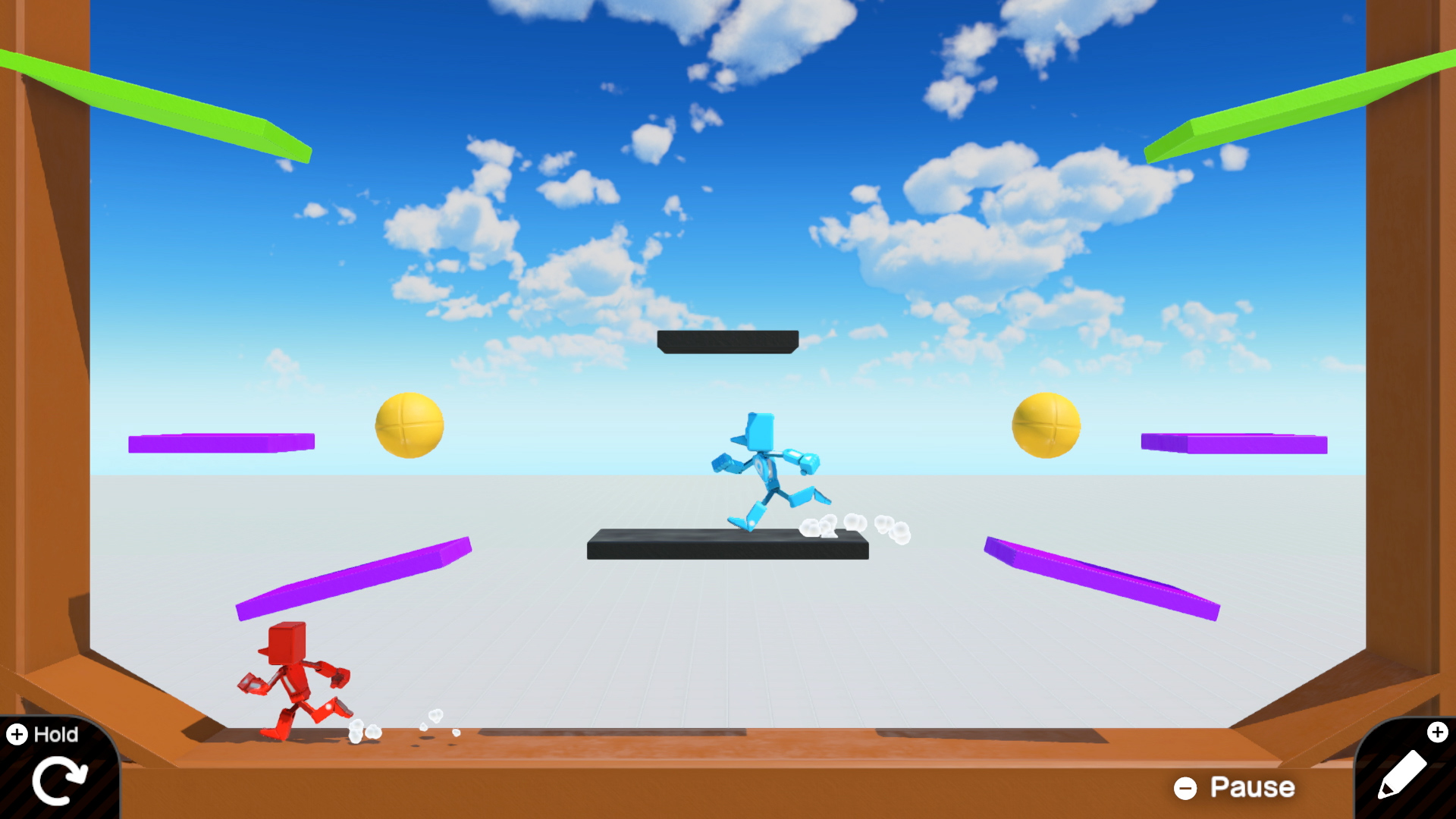 Nintendo’s new game creation tool is considerably more versatile than Super Mario Maker but are the end results worth the effort?

There’s never been a time when it’s been easier to cross the line from gamer to game creator. A decade or two ago that would have meant taking up coding, but these days there are tools available on every conceivable platform, from Super Mario Maker 2 on Switch, to Dreams for PlayStation 4 and 5. Or there’s the free version of Unity for anyone with a PC or Mac, and even RPG Maker on your phone.

All those tools have differing levels of ease of use and Nintendo, being the crown prince of user friendliness, has put its own charming spin on object-orientated game development, with Game Builder Garage. Unlike Mario Maker and its sequel, which effectively tied you to the mechanics of its flagship platform games, this takes things right back to basics, letting you make whatever kind of game you like.

That means starting with an entirely blank slate, which you populate with cartoonish characters called Nodons, each of which is an element of your game, its logic or environment. That means there are Nodons for platforms, blocks and characters, sound and visual effects, and a whole raft of sensors, detectors, and collision monitors. It doesn’t stop there though, with calculators, flags, logic gates, and comparison Nodons, which together let you build systems that can do almost anything you can conceive of.

Working with the Nodons is impressively straightforward, in that the world of Game Builder Garage is entirely visual. Draw a line connecting the game screen Nodon and the player character, and the screen will follow your avatar wherever it goes. The same thing works for sound effects, teleport points, and number displays, a single connection giving your number-counting Nodon a visual output in the player’s field of view to count the score.

Because this is a Nintendo game, the Nodons themselves have distinctive faces and personalities reflected in their sleepy, growly or squeaky voices, as they’re introduced in the lengthy and wonderfully interactive tutorial mode. This talks you through the creation of a set of games that slowly escalate in complexity and scope, each of which is broken down into small, non-intimidating stages.

Starting with a two-player game of tag, that takes place on a single screen, you learn to detect input from the controllers, connect that to movement in onscreen characters, program them for collision detection, and then determine the events that cause their destruction. It also forces you to think like a developer rather than a passive consumer. What happens when a character dies? How do players retry? Is an instant reset comfortable or will a few seconds respite make the game feel better to play?

Experimenting with overhead, 3D and side-on views, as well as different ways of getting the camera to follow the action, Game Builder Garage delivers a solid grounding in different game scenarios and how they affect control systems, which naturally incorporate the Switch’s tilt controls as well as button and stick inputs.

The result is a system that’s considerably more involved than Super Mario Maker, but not nearly as overwhelmingly detailed as Dreams, a title that requires a great deal of time and effort to get anywhere at all. However, the simplicity and freeform nature of Game Maker Garage’s tools does mean it’s harder to get as polished a final product as either of the other two platforms.

Not that it’s impossible. A quick scan of Twitter reveals that the Game Builder Garage community is off to a flying start, with Mario Kart and Doom clones, stealth games, and a recreation of DS launch title Nintendogs. On their own, none of those is likely to distract you for long, but as a proof of concept for what’s achievable in a short time, using a wholly visual programming environment, it’s an inspiring set of first steps.

It’s a shame you have to use social media as a go between, but in order to protect younger members of its audience the sharing tools on Game Builder Garage are limited, with personal invitation the only way of letting others test your creations, and no real way of seeing anyone else’s unless you happen to know their Programmer IDs.

This is undoubtedly a weakness, preventing access to a bigger pool of creations and denying you the incentive of making games that might gain viral popularity. It also prevents a creator community from emerging, which is a real shame. The toolset’s undoubted flexibility needs to be experienced and shared, and having to jump through hoops to do that will unfortunately mean it happens on a smaller scale.

The only other issue is interface related, which is that setting which side of a 3D object displays text or connects to the face of another object is fiendishly tricky to visualise in 3D. It’s a problem that you can overcome with a little trial and error though, the interface making it quick and convenient to run your game and see how changes look in action.

Game Builder Garage’s digital-only release in Europe pegs it as a second-tier title for Nintendo, but if you have any interest at all in game creation don’t let that put you off. It’s excellent, and as an introduction to game design for children it’s perfectly pitched, offering plenty of guidance for each new concept, even if it does eventually get quite complex. It’s not easy creating games with the same panache as Dreams or Super Mario Maker, but it’s still a brilliantly framed and accessible creative tool.

In Short: An impressively visual approach to building your own games, with a fully formed tutorial that demystifies complicated ideas with typical Nintendo charm and aplomb.

Pros: Combining the simple building blocks, you can make almost any game you can imagine. Ideas are broken down into easily understood stages and you can instantly test your creation at any time.

Cons: More complex ideas take time, effort, and a lot of trial and error. Results don’t have as much visual polish as Super Mario Maker or Dreams. Very limited social and community options.