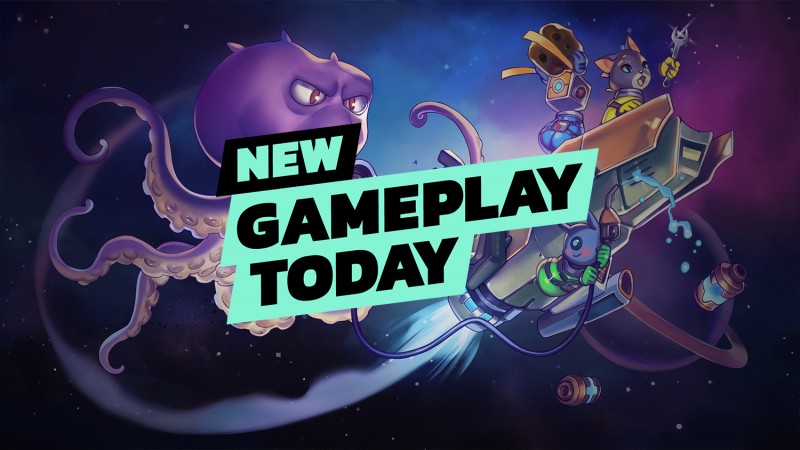 Fueled Up is a four-player couch co-op game set in space announced last month and the first trailer had us convinced it would make for some chaotic, and great, co-op sessions. We couldn’t help ourselves so we reached out to Fireline Games to ask if we could play it and they said yes. And now, today, you get to watch more than 20 minutes of our gameplay!

As you’ll soon hear, not only did your hosts, Game Informer editors Wesley LeBlanc and Alex Stadnik, get the chance to go hands-on with Fueled Up, they were joined by two of the devs from Fireline Games – Kacper Kowalczuk and Chris Heldt – to round out the four-person team. If you’re wondering how we did so well playing Fueled Up, just know it’s because Wesley and Alex are really good at video games and totally not because they had two people who actually created this game helping them.

Enjoy this first look at Fueled Up gameplay on PC as Wesley and Alex ask them questions about the game, how the four-person development studio developed it, what they’re hoping to add to the cooperative multiplayer space, and more. Be on the lookout for Fueled Up when it hits PlayStation 5, Xbox Series X/S, PlayStation 4, Xbox One, and PC sometime this year.

For more about Fueled Up, be sure to watch the reveal trailer from last month. For more previews of some of the biggest games of 2022 and beyond, be sure to head over to our YouTube page for early looks at Diablo Immortal, Teenage Mutant Ninja Turtles: Shredder’s Revenge, MultiVersus, Bear And Breakfast, and more.