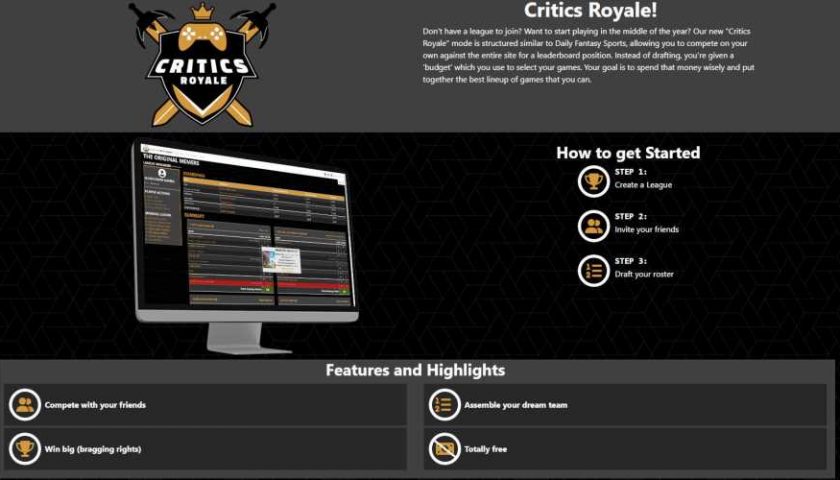 While every other outlet seems to be pivoting to AI-generated, algorithm-driven content, here at TheGamer we still employ real people to write all of the articles. The TG crew is a lively bunch of salt of the earth types who live and breathe video games. We’re so committed, in fact, that when we’re done playing and writing about games during the day, we get together at night to play a game about games. This year, as a team-building activity, TG is running a fantasy critic league.

Earlier this week we all got together for the inaugural draft and took turns picking the games we thought would score well throughout the year. While it was all in good fun, and thinking about this year’s upcoming games definitely got me excited, an unexpected consequence of the whole thing was my now intense desire to see almost every game in 2023 fail miserably.

If you’ve played fantasy sports before you’re probably already familiar with how this works, but I’ll go out on a limb and guess that a lot of you aren’t football fans and explain it anyway. During the draft, the entire league gets together and takes turns picking games they think will score well. To make things fair, we followed a snake-style picking order, so the person that picks the first game doesn’t get to choose another one until everyone else has picked two games. We started by choosing five games, and as new games are announced throughout the year we’ll have the opportunity to choose five more. Among those, two need to be new game franchises – so not sequels, remakes, or remasters – and one unannounced game – something rumored or likely, but not officially confirmed.

Drafting is a surprisingly strategic process, and turn order has a huge impact on how you decide to choose. I was pretty lucky and got to go fourth, but that meant the year’s heaviest hitters, The Legend of Zelda: Tears of the Kingdom, Resident Evil 4 Remake, and Hades 2, were claimed first. For my first pick, I went with Hollow Knight: Silksong. If it ends up getting delayed until 2024 I can drop it for another game, but if it does come out this year, I’m positive it’s going to be a 90+ game.

20 games were drafted before it eventually came back to me, which significantly limited my choices. I showed up to the draft with a list of games in mind, and almost everything had been taken by the time I got my second pick. With 14 players in the league, almost every triple-A, sure-fire hit was claimed before the end of the second round. Diablo 4, Star Wars Jedi: Survivor, Final Fantasy 16, Dead Space, Marvel’s Spider-Man 2, Street Fighter 6, Starfield, and Alan Wake 2 all went quickly. There’s a lot of great games coming out this year, but not nearly enough to go around. 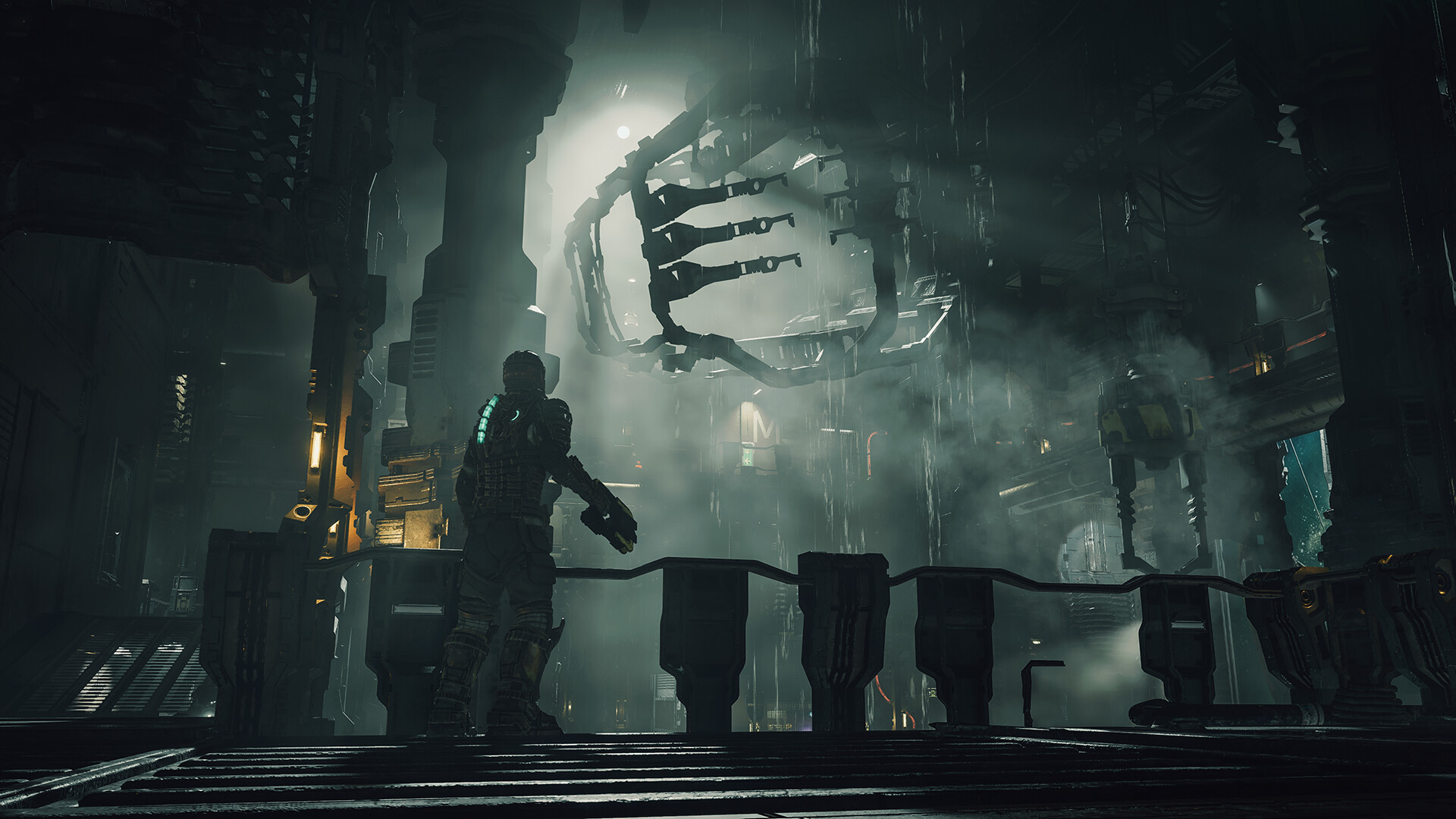 This is when you have to start getting a little more clever with your choices. As the list of big games dwindles, it’s important to consider everything that’s still left and try to choose the games that other people will want to choose too. Knowing the taste of the people that choose after you can give you a big advantage, but everyone else is trying to do that to you too. In poker, we call this process ‘leveling’. Does he know that I know that he knows that I know, or am still I one level ahead? Some people will inevitably just choose the games they’re personally looking forward to, but most are trying to stay one step ahead of the pack and pick a game that will disrupt someone else's strategy.

I feel great about the games I ended up with. After Hollow Knight: Silksong, I grabbed WrestleQuest, a wrestling-themed RPG I played at PAX East last year that shows all the signs of an indie hit. When it quickly came back around I went with the long-gestating She Dreams Elsewhere, which garnered some groans from the competition that were holding that one for a late-round draft. Next I went with Horizon Call of the Mountain, which I saved for fourth because I knew no one else would pick it. Sony’s flagship launch title on its $550 VR subsystem has to be a hit, there’s no way it won’t be. But TheGamer team isn’t very VR-fluent, so I got an easy win. Finally, I went with Animal Well, which I played at Summer Game Fest last year and has a lot of buzz right now thanks to it being the first game published by Dunkey’s company, Bigmode. I still have five more games to pick this year, but I think I’m off to a great start.

When the draft is finished, everyone then takes turns counter picking two games. The baseline for counter picks is 70, so any point below 70 the game scores you will add to your total, but every point about 70 will subtract from it. This might be the most deeply strategic round of all, because your counter pick ‘locks in’ that game for whoever chose it, meaning they can no longer drop the game if it doesn’t end up coming out this year. You can counter pick something like Final Fantasy 7 Rebirth if you think it will get delayed into 2024, but if it does come out, you’re probably going to lose a lot of points. For the record, I counter picked Forspoken and Palworld, two games I think will come out, and will be bad.

But I’m not just rooting against Forspoken and Palworld, I’m rooting against almost everything. I was really looking forward to Alan Wake 2 and Redfall before, but someone else picked them, so now I hope they’re trash fires. Maybe I’m just too competitive, but this whole league has got me hoping 2023 is filled with bombs so that I come out on top. I know people spent years of their lives on these games, and millions of players are eagerly awaiting their arrival, but I simply do not care. I’d be thrilled if Tears of the Kingdom ran at 10 fps and Resident Evil 4 was a total mess as long as I get a few extra points in my meaningless fantasy league. I thought I had high hopes for 2023, but now I just want to watch the world burn.

If you would like to turn your friends into nihilistic little gamer goblins like me, you can sign up for your own league at Fantasycritic.games. Now is the perfect time to start, and if you can pull it together by the weekend, the only major title you’ll have missed out on is Fire Emblem Engage. It might make you a little cynical, but on the plus side, any time a game you’re excited about turns out bad, at least you’ll still have a reason to celebrate.