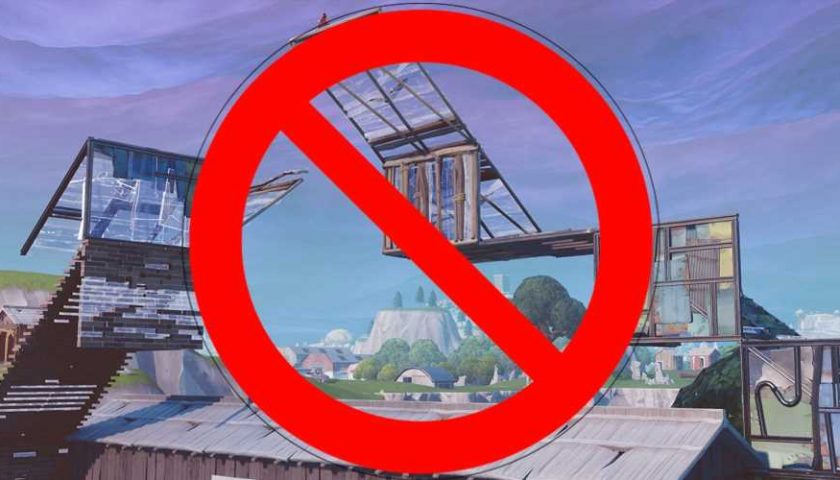 Fortnite's newest season kicked off at the weekend and turned the game on its head somewhat. The launch trailer for the new season showed a curious device that eliminated all the player-built buildings from the island. That single moment will have struck fear into any players who rely on their quick building ability to claim victory crowns, and shortly after the new season launched, Epic confirmed those players were right to be afraid.

Right now, there is no building in Fortnite. That has seriously hindered quite a lot of people but breathed new life into the game for quite a few others. The Fortnite community is pretty split, and the topic of whether building should be eliminated for good continues to be debated fiercely. Fear not builders, it will be back, but there is good news for those of you enjoying the lack of skyscrapers when the storm has almost completely closed in.

TweaBR has revealed on Twitter that once building returns to The Loop, likely at some point next week, some new No Build LTMs will debut in the game. So even if you are enjoying not having to build, or worry about players besting you via their lightning-fast building abilities, there will be a place for you once what appears to basically be an experiment is over. No Build will be available in Solo, Duos, Trios, and Squads.

The only potential issue here is that the incoming No Build modes have been described as LTMs. That likely means they won't be around forever, which is the case with almost everything in Fortnite in all fairness. There is even more hope for non-builders though. Team Rumble was once an LTM, but it proved to be so popular that Epic decided to add it to the game permanently. Perhaps that will eventually be the fate of No Build.

The removal of the ability to build wasn't the only change to Fortnite over the weekend. The new season also ushered in a brand new Marvel hero in the form of Dr. Strange, and Epic pledging to donate all money made through the game to the people of Ukraine for the first two weeks of the season. That effort raised $36 million in its first day and has already topped $50 million.