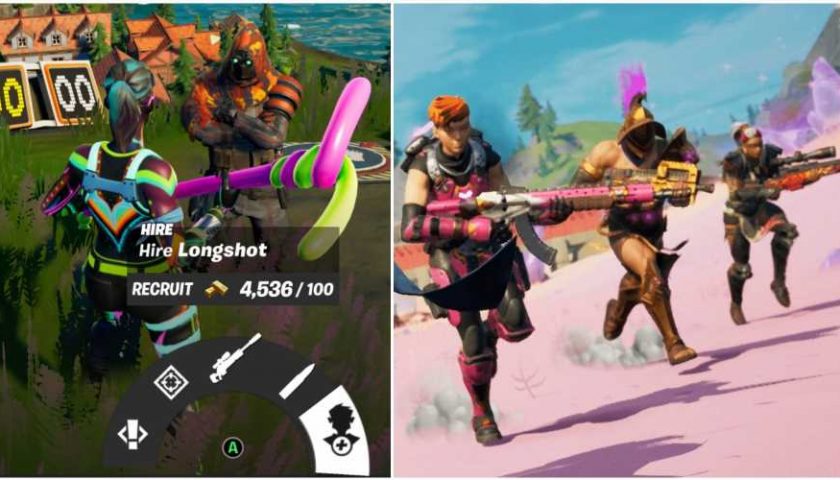 Want to hire an NPC to help you get a Victory Royale? Here’s where and how.

With so many NPCs in Fortnite’s Battle Royale, there are quite a few different interactions you can have with them.

One of the weekly challenges of week 15 requires players to hire a character. Hiring a character means that they will fight alongside you and try to eliminate opponents they spot throughout the match.

You can hire an NPC for only 100 gold bars. You can also hire as many as you want.

NPCs aren’t that smart when it comes to combat, however, they do have a lot of health and can be a pain to take down. So they work great as a distraction. While your opponent focuses on the NPC, you can take this opportunity to lower their health or even eliminate them.

Hireable characters will also emote back at you if you emote. They won’t get on your vehicle but they will teleport near you once you’re too far away, so don’t worry about leaving them behind.

We’ve added the NPCs onto the Battle Royale map so you can guide yourself better. These are all the characters you can hire in Fortnite: 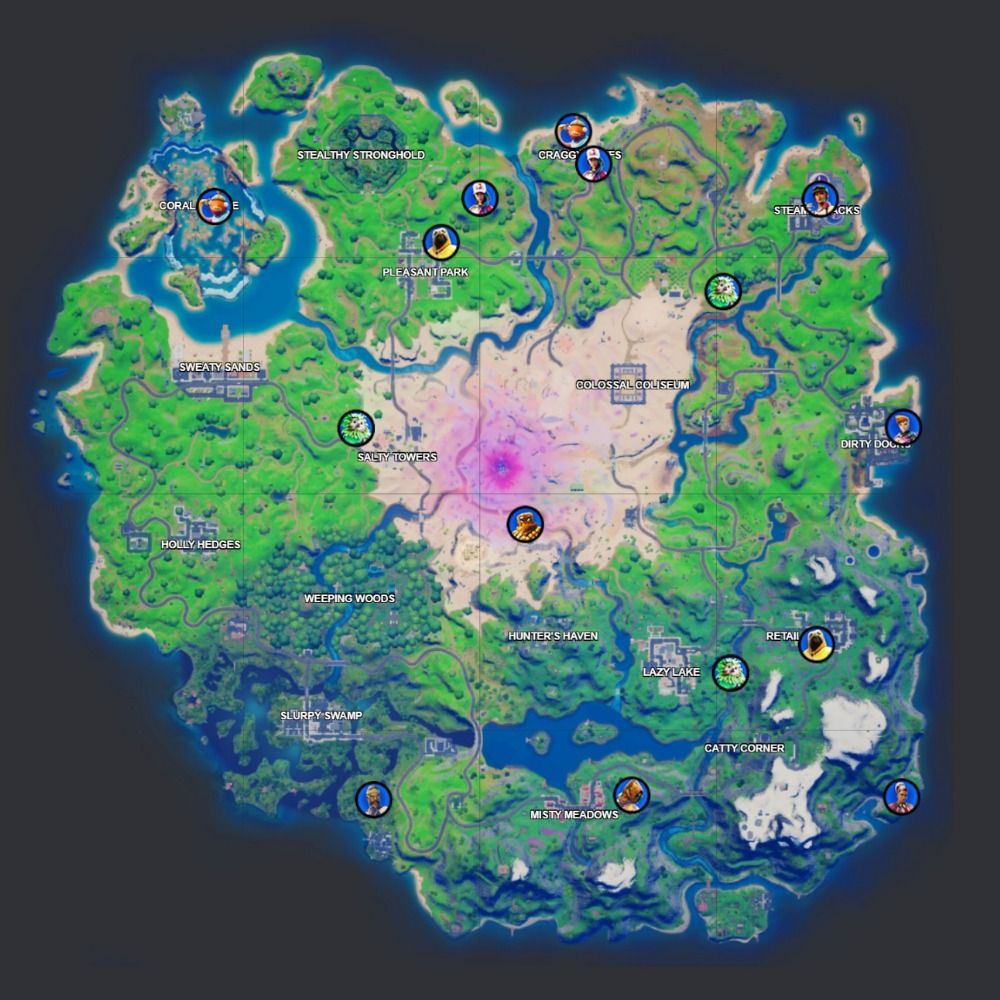 They are more or less evenly scattered throughout the map. So, wherever you decide to drop, you can hire someone nearby.

Even if you’ve already done this week’s challenges, try to hire NPCs whenever you get the chance to. Why? Well, because once this season ends and season 6 starts, your gold will reset. That means that no matter how many gold bars you’ve collected, they will all be gone so it’s not worth saving for next season. 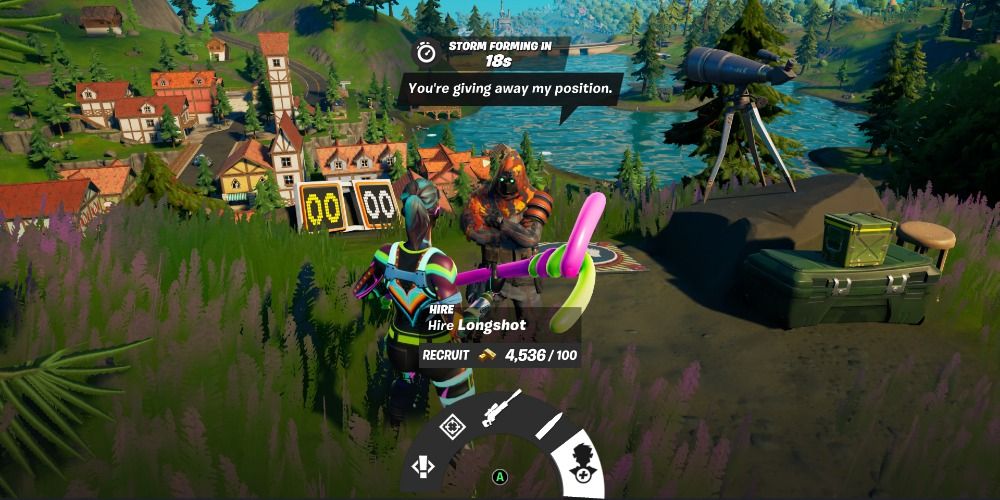 If you’re unsure how you can hire a character, here is how you can do it, and all you need 100 gold bars:

• Approach the character you want to hire

It’s quite simple, just make sure there are no other players around as they could use this chance to snipe you. So, if you want to be extra safe, build around you and the character before interacting with them.

This is an awesome and helpful way to spend your gold bars before the end of the season, and it might just help you getting a few Victory Royales as well.

Be on the lookout for Season 6 updates as there will certainly be more news throughout the week. So far, there have been leaks regarding a Deathstroke and a Batcave POI coming to the next Fortnite season. Season 6 is already looking promising.

The next season begins on the 16th of March, so get as many levels as you can and finish the battle pass if you haven’t already!

NEXT: Fortnite: All Season 5 Bosses And Where To Find Them 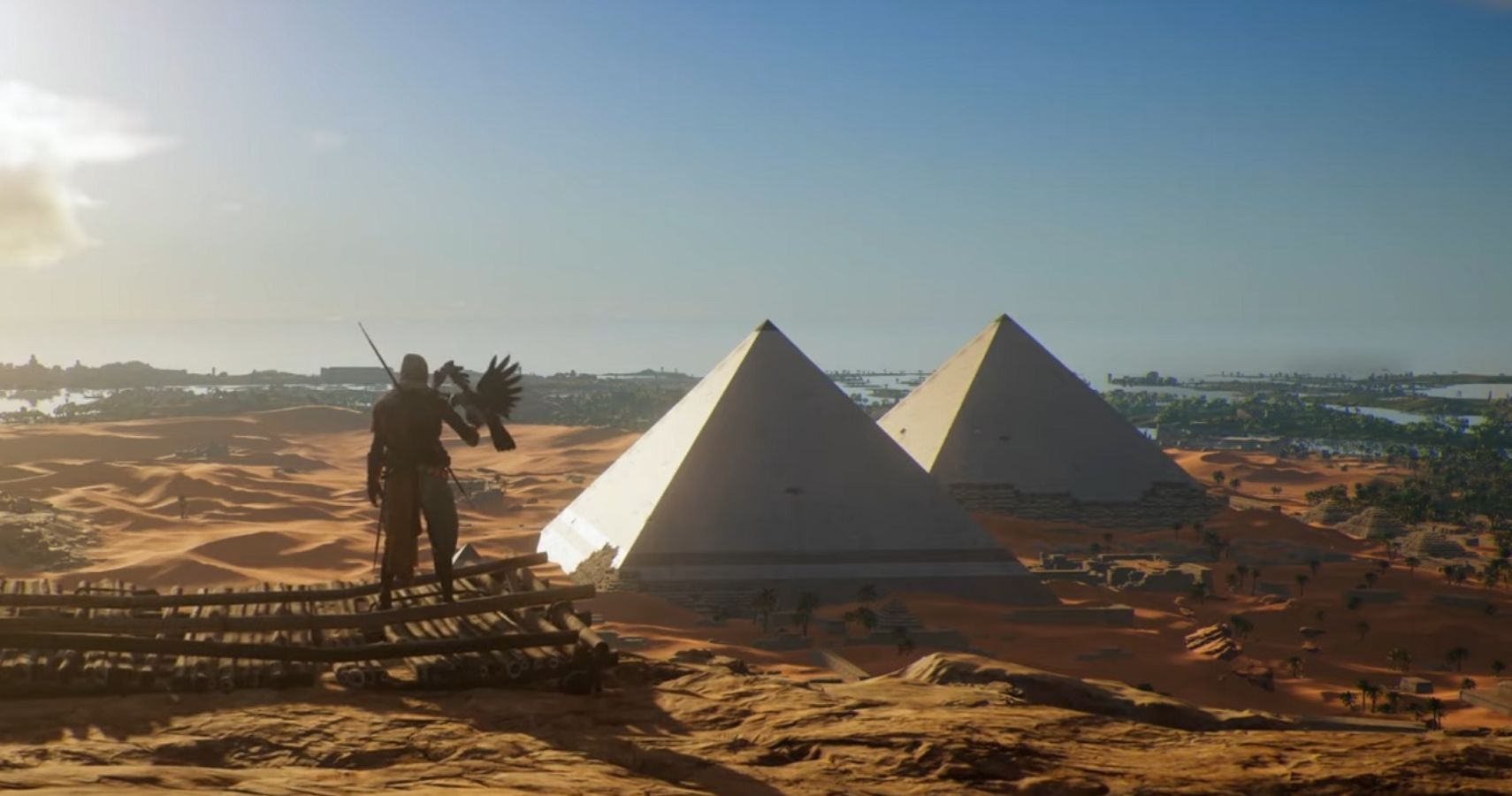