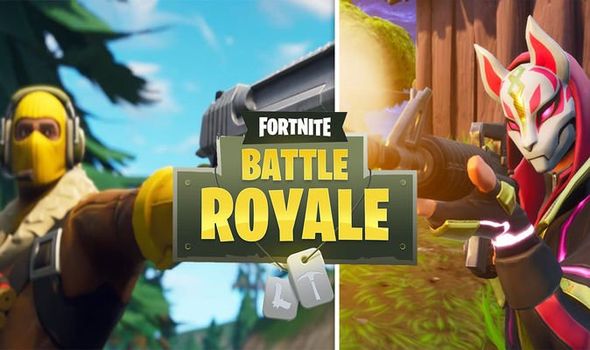 As long-time Fortnite fans will tell you, small details can make a big difference when it comes to your weapons.

From reload speed to rate of fire, damage to magazine size, having the very best weapon can make all the difference when you’re battling it out to be the sole survivor.

While Fortnite uses a colour-coded system to differentiate between Common, Rare, Legendary and Mythic weapons and items, you’re going to have to do a bit more digging to find the very best in terms of damage-per-second.

Fortunately, esports bookmakers Unikrn has revealed all, confirming the top-five weapons in Fortnite to Express Online.

Based on stats since the 13.30 update, it’s the Legendary Rapid Fire SMG that does the most damage-per-second, followed by Jules’ Drum Gun.

A spokesperson for the company said: “Fortnite fans are persistently looking for the best and easiest ways to kill opponents to improve their chances of winning matches. And by looking at the guns on offer in more detail it can only increase their chances of this.

“The Rapid Fire SMG has been voted the most powerful gun, according to these statistics, but it’s only a matter of time before new weapons appear – potentially in a new update or most likely in Season 4 next month.”

You can see the top five Mythic and Legendary guns below…

In Fortnite’s latest v13.20 update the standard submachine gun was heavily nerfed with its damage and fire rate dropped dramatically across each rarity.

However, the Rapid Fire SMG came out relatively unscathed?

This has made it arguably the best close-range weapon to use in the game. Now the most powerful of any gun in Season 3 so far, the legendary version does 255 damage per second.

In fact, each rarity except grey would be in the top 5 for dps.

The Drum Gun is Season 3 mythic gun and can only be obtained by killing boss, Jules.

It does slightly less damage than the Midas’ Drum Gun from Season 2, but it’s still incredibly powerful with 204 damage per second.

If you can get hold of it, it’s well worth the effort.

Not as quick or as powerful as the Rapid Fire SMG, but with the P90 being re-vaulted in the v13.20 patch, the standard SMG is a still useful go-to for quick kills.

Despite being nerfed in the update, the legendary version of the SMG still does 20 damage and has a fairly high fire rate of 10.

A fan favourite for many, the gold SCAR is a great all-round weapon in close quarters or for mid-range exchanges.

The legendary assault rifle is highly accurate and a first choice for thousands of players. It’s just a matter of stumbling across one.

It may surprise many, but the pistol is one of the most powerful guns on the game by damage-per-second.

With 197 DPS, the legendary pistol is not far off the SCAR. Unfortunately, it also means you have to manually hit every shot you fire out of the barrel in that short space of time to get the desired 197 damage.

Not impossible, but not ideal.