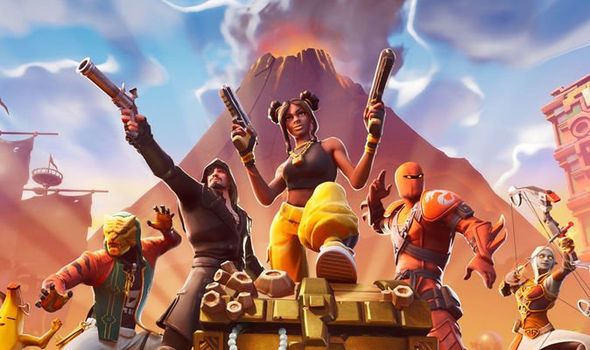 Fortnite servers will be down today as Epic Games performs scheduled maintenance.

This is being done as part of the usual weekly update process, which will begin very soon.

According to the dev team, Fortnite update 8.40 is being released today and will be available to download when servers are back online.

Before the new patch goes live, Fortnite servers will be shut down at 10am, BST.

It’s unclear how long servers will be offline, but it appears that it won’t be any longer than usual.

The good news is that fans will be able to read through the patch notes during server downtime.

These will be released soon after the game goes offline and should contain all the latest news.

From the tease in the message, it appears a new weapon could be added to the Fortnite arsenal.

Either that or some new LTM is being primed for launch that will include a new challenge for fans.

The return of the Egg Launcher – which fires explosive Easter eggs – is almost sure to join Save the World and could come to Battle Royale.

Diggers have started to surround the Fortnite point of interest, suggesting that changes relating to Season 9 are inbound.

The Fortnite in-game newsfeed has also confirmed that the Infantry Rifle weapon is getting upgraded to include Epic and Legendary variants.

Plenty of other tweaks and bugfixes are expected as well, and will all be included in the soon-to-be-released patch notes.