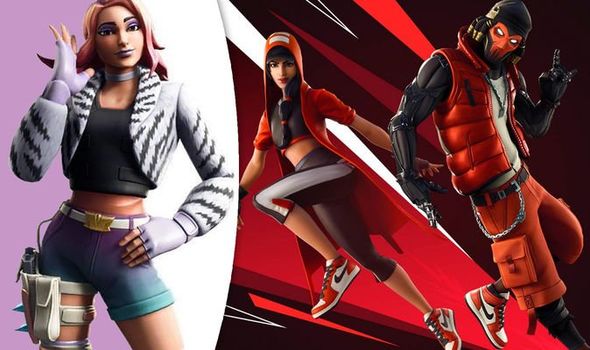 Fortnite fans have discovered lots of leaked game files, skins and items within the latest update.

But it’s within the update files that dataminers have discovered some of the more interesting additions coming soon to Fortnite.

Lucas7Yoshi has provided a round-up of some of the new skins and items, which you can see below.

The new skins include the Takara outfit, the Clutch skin and Grind costume.

Skateboards are also coming to the game with the new Fortnite x Jordan crossover.

In one of the more amusing leaks, fans also discovered a new item coming soon. 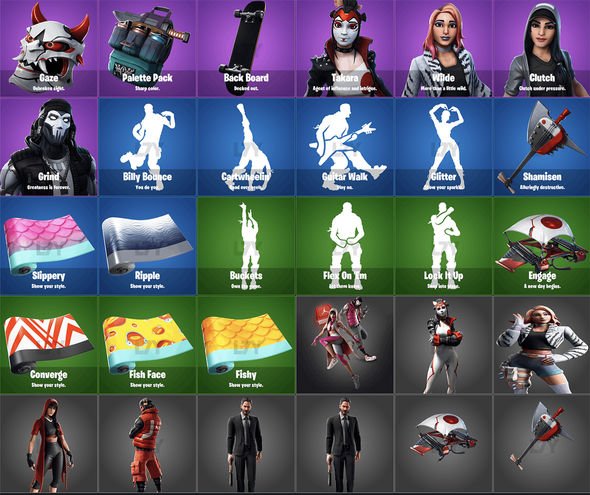 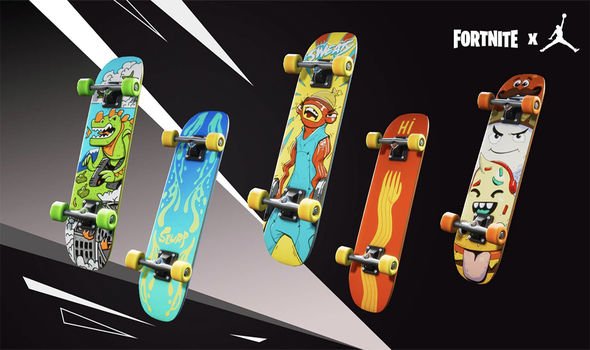 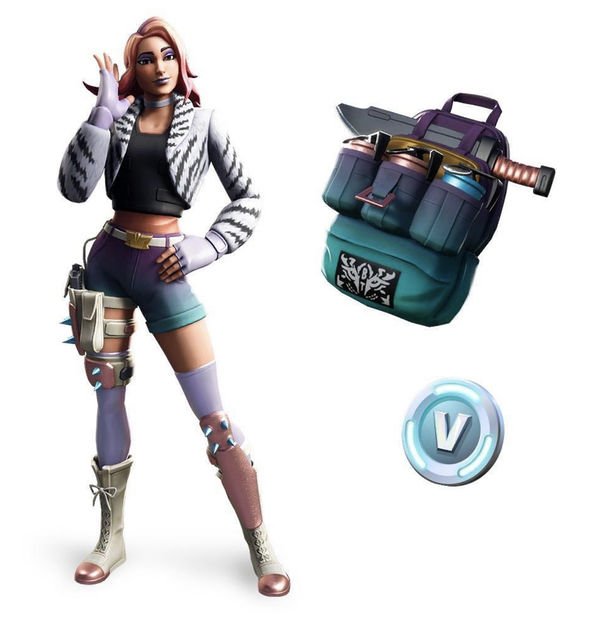 The Fortnite Port-a-Bridge appears to be coming soon to Battle Royale.

But we don’t know too much about the item, because the accompanying text has fun with leakers.

The item description reads: “You shouldn’t be seeing this text… how’d you find this?… are you magic?”

A Burst SMG may also come to Fortnite as part of next week’s content update.

According to the 9.10 patch notes, the headline new feature is the addition of brand new Hot Spots. 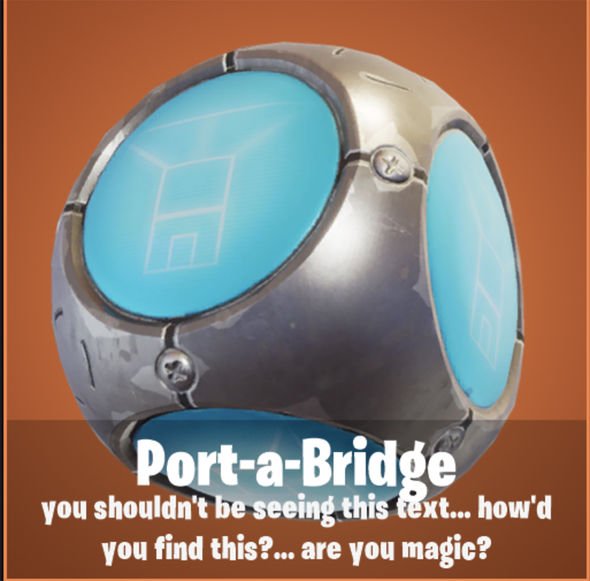 These are described as “randomly selected locations on the map that have a high loot rate with an increase of Supply Drops”.

The Hot Spots contain Loot Carriers, which can be shot down for higher quality weapons.

As previously reported, the update also makes big changes to the game’s audio.

Then there’s the Downtown Drop LTM and Hang Time bundle, which is part of the new Fortnite x Jordon crossover.