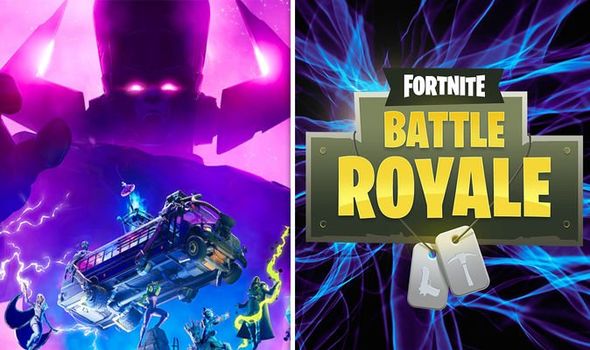 Fortnite fans are getting ready for update 14.60, as Galactus makes his way closer to the Battle Royale island.

The new Fortnite update launches alongside a period of server downtime, which begins at 9am GMT in the UK.

There’s no official schedule for when server maintenance comes to an end, but Fortnite should be back online at 11am GMT at the latest.

The news was announced by Epic Games on Twitter, alongside a possible hint that Galactus is about to make an appearance in Battle Royale.

It’s worth pointing out that the Xbox Series X/Xbox One update dropped early, and weighs in at around 3GB.

Express Online has downloaded and installed the update, which appears to have changed the item shop back to its previous design. Whether this is intentional or not remains to be seen, as Epic is currently investigating the implications of the early release.

“The 14.60 Xbox update (Xbox One, Xbox Series X|S) has unexpectedly deployed early. We are investigating implications and will provide updates as soon as we can.”

In terms of official patch notes, Epic Games doesn’t have too many bug fixes planned for update 14.60, unless it manages to find solutions to some of the problems under investigation.

One thing we can be certain of is that the new update will lay the foundations for the end of season event, which is expected to take place in the next couple of weeks.

This means Galactus should make an appearance in the game, most likely in the War Room.

Fans were also hoping the new update would add the Joker skin and Last Laugh Bundle to the game, although Epic has since confirmed that the cosmetics will be available from the item shop in December. (Customers who pre-ordered the bundle via download code can access the contents now.)

You can see the current 14.60 patch notes and known issues below…

– Disabling Voice Chat puts it in a state where it cannot be re-enabled to speak with friends on Xbox Series X|S.

• Team Size setting does not properly function when Join In Progress is set to Join Next Round.

– Team Size does not properly limit the number of players when join in progress is set to Join Next Round.

– Wild West Llamas may not have Steampunk / Wild West items in them. It’s recommended not to purchase them if Steam Punk items are not shown in the X-Ray Llama contents.

– Players will have to reform their party to continue matchmaking if an unreadied party member is removed from the party.

– Cars do not consistently damage objects or players upon impact.

• Huntress Outfit appearing as Ramirez or another Outfit.

– We’re investigating an issue that is causing the Huntress Outfit to display as Ramirez or another Outfit while in the Lobby and in a match.

• Cannot get to Presets in Party Royale Phone Booth when previewing an Outfit, Back Bling, or Wrap.

– Players in a Party Royale Phone Booth cannot load or save Locker Presets when previewing an Outfit, Back Bling, or Wrap.

• Widow’s Light Back Bling is not visible with Effects set to Low.

– We’re aware of an issue causing the Widow’s Light Back Bling to be invisible when Effects are set to low under graphic settings on PC.

– When playing Fortnite, players cannot create system-level parties that include players on both PS5 and PS4.

– Fortnite purchases from EU PSN accounts are not appearing properly on PS5. (This includes PSN accounts in Australia and New Zealand.)

• Difficulty editing Banner with a controller.

– The Banner menu may be unresponsive to controller inputs, causing players to have difficulty editing their Banner with a controller.

– We’re aware of an issue with the Bash Burner Pickaxe’s harvesting animation and have disabled the Pickaxe in competitive playlists. We’ll be fixing the animation in a future update.

– The Banner menu may not properly apply players’ icon changes, instead saving a different icon than what the player chose.

• Characters covered in blue light in the Lobby.

– Characters may be covered in blue light when in the Lobby, making the surface of the characters all blue.

– The sound effect of certain actions, such as opening a Chest or hitting a Weak Point, may be delayed.