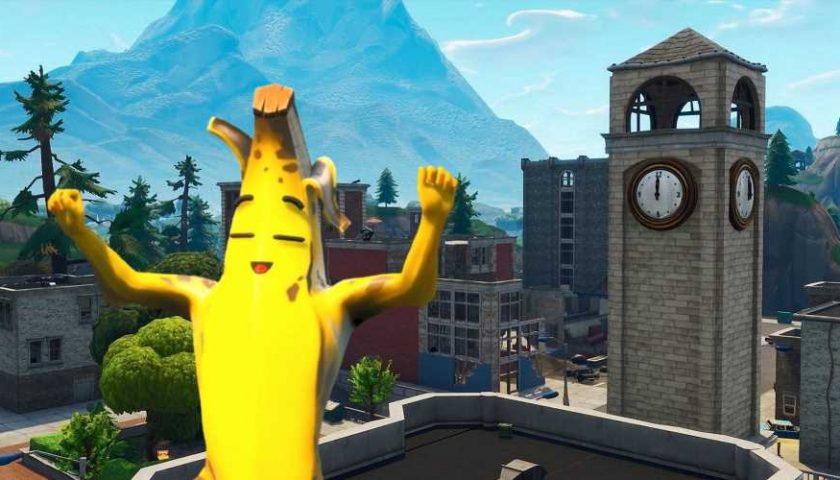 A large part of Fortnite's island has been covered in snow since the start of Chapter 3. The snow has gradually been melting and this week, the next phase of the snow's departure goes into effect. Always exciting to see what new POIs and elements of the game might be waiting for players under the snow, but in this instance, Fortnite fans have been eagerly awaiting the return of a POI from the past.

The most avid of Fortnite players don't miss anything. They even noticed when the water level dropped a few inches at The Grotto last year which is astounding. As soon as this season's snow-covered map was revealed, many immediately picked up on the similarities between the new Frosty Fields, and the well-loved, long-defunct POI, Tilted Towers. Now the snow at Frosty Fields is about to melt, and everyone's suspicions appear to have been confirmed.

With one day to go until the snow at Frosty Fields subsides, Fortnite's Twitter account posted “one more sleep” along with an emoji of some tall buildings. Suffice to say, if Tilted Towers doesn't show itself tomorrow, a lot of players are going to be very angry. It was a very popular landing spot, perhaps the most popular in Fortnite's history, but its original form was destroyed all the way back in 2019.

Fortnite's map is always changing and evolving. That's one of the many reasons the battle royale has remained so popular as it approaches its fifth birthday. When Tilted Towers was destroyed it was replaced by Neo Tilted, and then what appeared to be an old-timey western version of the POI after that. However, nothing that has stood in its place on the map has been anywhere near as popular as Tilted once was.

If you're a newer Fortnite player and Tilted Towers is new to you, you might want to scope it out from a distance before you land right in the middle if it does return tomorrow. Think of the busiest landing spot you have ever experienced in Fortnite and then double, nay triple the number of people landing there. That's Tilted Towers. If you're good then you can rack up a lot of eliminations right away. If you're not so good, you'll be back on the Battle Bus before you know it.