Fortnite Tracker is a website and mobile app that gives players about as detailed a breakdown of their stats as they could possibly hope for.

There are certain games that are made to be played with others who are in the same room, even if those games don’t have local multiplayer. Fall Guys is a great example of that. The new take on the battle royale genre is fun alone, but so much more fun when you have a couch full of friends cheering you on as you crash through doors and hop between hexagons.

Most will also have no qualms handing over the controller so someone else can have a go, even if they are playing on your profile. The Fall Guys devs have revealed that they keep stats, but other than Crown count, people don’t tend to care. Fortnite, on the other hand, is something else entirely. Watching someone new to Fortnite play under your username is an excruciating experience.

If that sounds like you, prepare for that anxiety to get a whole lot worse. Epic allows access to some Fortnite stats in-game. However, a website and mobile app called Fortnite Tracker allows access to a far more detailed breakdown. All players need to do is enter their Epic username or gamertag, depending on what they have handy, and hey presto, all of the personalized Fortnite stats anyone could ever want. 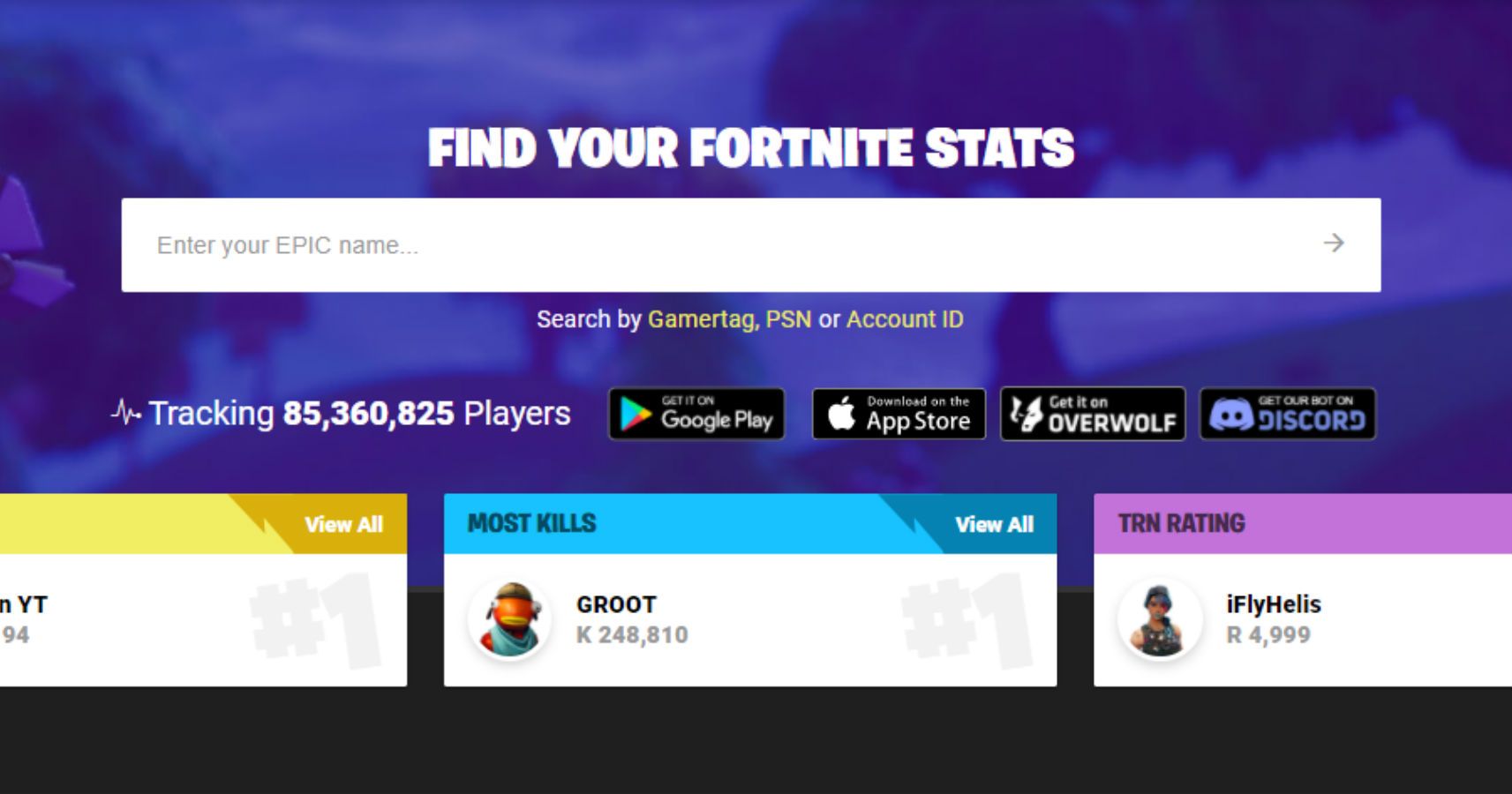 As well as the number of wins and kills you’ve racked up, Fortnite Tracker also offers up how long you’ve been playing, the average time you survive in each match, and even that elusive K/D ratio. It even gets as detailed as how many kills players get per minute, as well as detailed breakdowns of each match and how much better or worse players perform when they step into Arena matches.

Be warned, anyone who tends to obsess over a game’s stats may become mildly addicted to Fortnite Tracker. It’s even worth keeping open while playing Fortnite as the page refreshes every three minutes. That allows players to keep track of exactly how bad they are in real-time. Our only hang-up? It doesn’t include a breakdown of performances in Team Rumble. Those outrageous K/D rations may forever remain a mystery.

Disgaea 6: Defiance Of Destiny Coming Exclusively To Switch In 2021

Call Of Duty: Black Ops Cold War Multiplayer Alpha Coming To PlayStation On Friday
We and our partners use cookies on this site to improve our service, perform analytics, personalize advertising, measure advertising performance, and remember website preferences.Ok