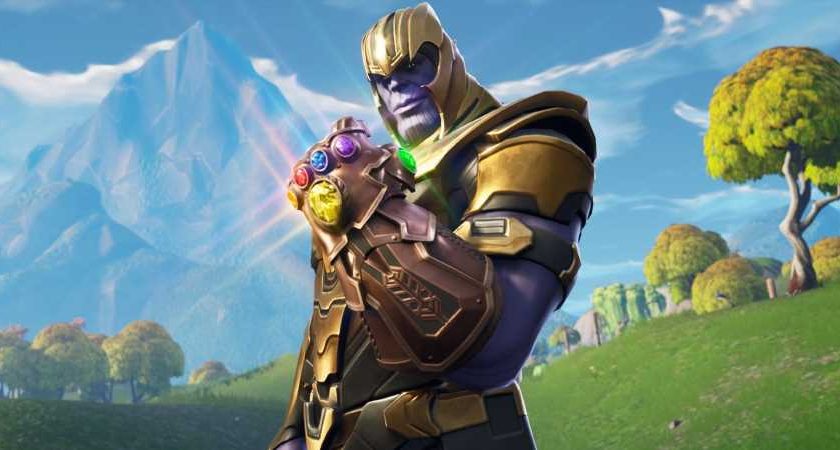 Fortnite has teased the return of Thanos to its island, tweeting one of the supervillain’s most iconic MCU lines.

Fortnite has collaborated with, well, just about everyone and everything at this point. However, its biggest and most successful ongoing partnership is with Marvel. Marvel has visited Fortnite’s island for everything from LTMs to its very own season. Now it appears one of its more popular collaborations is about to make a return judging by a cryptic tweet from Fortnite’s account.

“He is inevitable…” the tweet reads along with six different color emojis. The quote is, of course, one Thanos says in Avengers: Endgame. Actually, he says “I am inevitable” but you know what we mean. As for the colors, each of the six represents one of the Infinity Stones that can be found in Thanos’s Infinity Gauntlet. What we’re trying to say, or what we think Fortnite is hinting at, is Thanos is about to make his triumphant return to the island.

Thanos has been the focal point of two different LTMs so far. The first in conjunction with Infinity War’s release, and then a year later to celebrate the arrival of Endgame. In the first, players were tasked with hunting down Infinity Stones and wielding their powers. One player per match could also become Thanos with his powers being bestowed upon anyone able to take him down. The second added multiple iconic Avengers weapons into the mix, including Cap’s Shield and Thor’s Hammer.

If Thanos is indeed set to return, odds are it will be in conjunction with the release of Black Widow. The next MCU movie is coming to theaters and Disney Plus on July 9, 2021. While Thanos may well return to Fortnite before then, his stay will likely extend to that date and beyond. There’s also Loki to think of which is currently showing on Disney Plus. Something shown off via a drawer during its first episode will have had the Mad Titan questioning his very existence had he lived to see it opened.

The re-arrival of Thanos in Fortnite is actually in keeping with the season seven aesthetic. Invasion is the theme and the island has become overrun with aliens. There’s no alien quite as formidable as Thanos, and players may once again get the chance to assume the role of superhero cinema’s greatest villain in the near future.