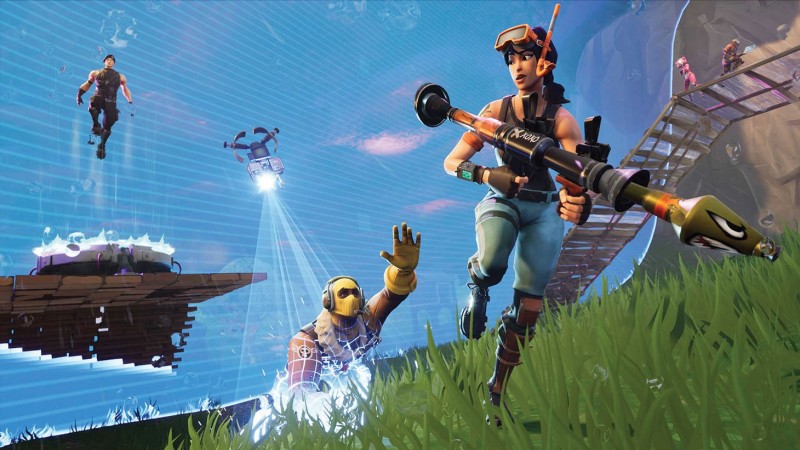 As video games become bigger and bigger business, and the esports world nips at the periphery of that business, it makes sense that people will write guides on how to profit from these things. Enter Ninja, also known as Tyler Blevins off the internet, who has made somewhat of a fortune by becoming one of the most popular streamers on said internet. Now, he’s going to teach others how to do it.

Titled Ninja: Get Good, the upcoming book from Blevins sets out to teach readers how to become unstoppable gamers. In theory, there’s actually some good topics to cover here, like setting up a streaming strategy, what kind of equipment you need, things like that. Nothing that would make you unstoppable per se, but maybe that’s more of a marathon than a sprint. Ninja: Get Good releases in August.

But let’s be clear here. That’s not the only Ninja book that exists. There are in fact two more on the way from what Ninja’s publisher, Edbury, calls “the best player in the world.” One is a notebook with contains Ninja stickers, protips, and prompts to get your mind going, also available in August. As far as books go, that’s an alright bit of licensed whatever.

The other book, scheduled for this December, is entitled the incredible Ninja: The Most Dangerous Game, seemingly invoking Richard Connell’s historically significant short story of the same name about a Russian aristocrat that hunted humans on an island as a criticism of big game hunting. The graphic novel begins with Ninja receiving a mysterious invitation to take part in “an impossibly realistic, challenging, and addictive game.”

All three books are being published by Edbury publishing.