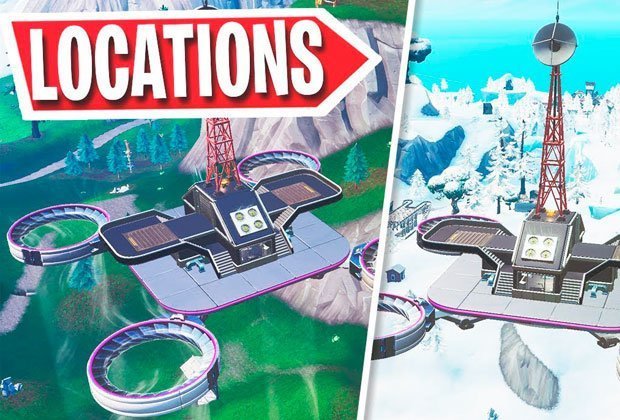 The game is now back online and ready for you to jump in – eager for you to boot up the newly rebuilt Fortnite Season 9 map and start to pilfer all the fancy new secrets Epic has smuggled away in the neon nooks and crannies.

We’ve already got a page for you explaining all the Season 9 Week 1 challenges, but here we’re going to dive into the most interesting (and potentially challenging!) task in the newly revealed Season 9 Battle Pass: Visit all 7 Sky Platforms.

You can see the rest of the challenges at the bottom of the page, or scroll down slightly to see more information about how to solve this particular challenge.

FORTNITE SKY PLATFORMS LOCATIONS – Where to find all 7 Sky Platforms

This is one of the free Fortnite Season 9 challenges, so you’ll be able to attempt and complete this even if you haven’t paid for the newest Season Pass – and you can get started on it right away.

To find the Sky Platforms, look for little stages that are seemingly suspended in the air between the newly introduced slipstream tubes. Basically, in the new locations, look up: they shouldn’t be too hard to spot

Here’s where you can find them:

What are the Fortnite Season 9 Week 1 Challenges?

The Challenges leaked before the game went back online, courtesy of Lucas7yoshi: