Fortnite season 10 release date may have been revealed by Epic Games. Here’s what we know about when season 10 could start and the season 9 end date.

Fortnite season 9 is out now and features more than 100 new exclusive Battle Royale rewards to unlock in the Battle Pass.

Fortnite season 10 boasts plenty of new futuristic skins which ties into the cyberpunk-like Neo Tilted POI that was added for the latest Battle Pass.

The countdown says the Fortnite season 9 Battle Pass will last for 75 days.

So, the final full day of Fortnite season 9 looks set to be Tuesday July 23, barring there are no unexpected delays.

If Fortnite season 10 follows previous release schedules, then it could launch the day after the preceding season’s final full day.

That would put Fortnite season 10 as having a release date of Wednesday July 24. 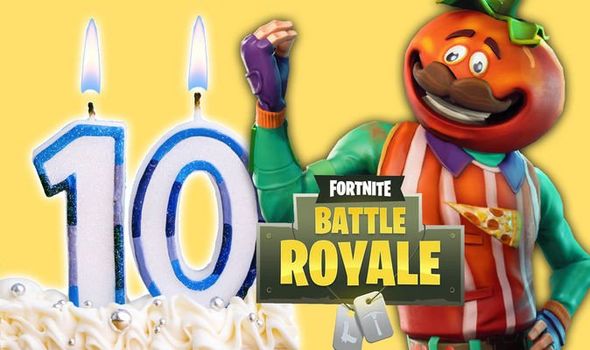 There is one possible reason why Epic Games may want to release Fortnite season 10 on a Wednesday instead of a Thursday.

On Friday July 26 the Fortnite World Cup Finals begins in New York and will run until Sunday July 28.

Maybe Epic Games want Fortnite season 10 to run for a few days at least before the start of the Fortnite World Cup to iron out any possible kinks.

It remains to be seen what the theme of Fortnite season 10 could be, and Epic Games likes to throw curveballs so it’s hard to predict.

It had been rumoured in the run up to Fortnite season 9 launching that one of the new maps Epic revealed long ago was in the works could finally launch.

However, instead of a new map being released the current Fortnite map has had new POIs added to it.

It’s possible one of the new maps that Epic Games has long said is in the works could get released just ahead of the Fortnite World Cup.

This would hugely shake-up eSports pros’ preparation for the event and possibly make for an unpredictable inaugural World Cup tournament.

It would also prove a great way for Epic Games to promote one of these new maps that has long been talked about.

For most of 2018 and all of 2019 so far the Fortnite FAQ page has said a new Battle Royale map is coming.

Answering the question “will you add more maps” in a post online, the Fortnite makers said: “Yes, but not right away.

This FAQ answer has appeared online for most of 2018 and for all of 2019 so far, so it remains to be seen when the new Fortnite map will launch.

But seeing this is the first Fortnite season in the double figures, maybe Epic Games will mark the landmark moment by releasing one of these new maps.