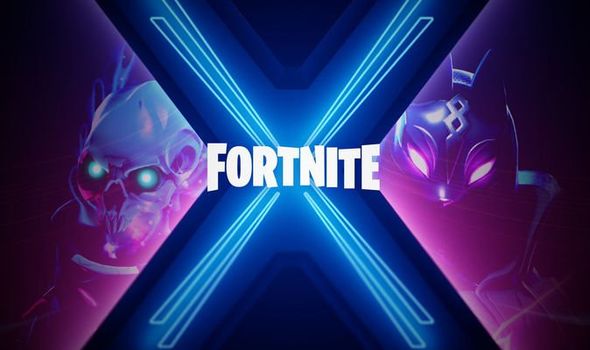 The Fortnite Season 10 start time has been confirmed for all platforms for August 1, 2019.

This will be followed by the release of a big new update, which will include all the new Battle Pass skins and map changes.

After Fortnite fans have downloaded the new update, Fortnite Season 10 will begin.

So for now, the Fortnite Season 10 start time will be indicated by the server downtime and maintenance.

This has been scheduled to start at 9am in the UK, or 4am ET if you live in the United States.

And Epic Games has also warned that tomorrow’s Fortnite update will include plenty of changes.

“The time grows near. Downtime for our next season begins tomorrow, August 1 at 4 AM ET (0800 UTC),” a message from Epic Games reads.

They haven’t provided much in the way of firm details, just going as far as to confirm that it will be a big patch.

“Patch sizes for the Season X launch will be larger than normal on all platforms. Drop into the action once the download completes!” the message adds.

And if we’re getting a big Fortnite update on August 1, that means there will also be a big patch notes list provided by Epic Games.

This will be shared by the dev teams soon after the servers go offline at 9am, BST. The official patch notes will provide news on all the big changes.

It will also come sandwiched together with a new Battle Pass Trailer and plenty of other updates on new features and changes.

When it comes to the big changes we know about, Epic Games has released a short story trailer.

This includes news surrounding the Loot Lake Orb and what it will do to start Season X.

From what has been shared, the Orb will create a time rift, sending everyone back to before the Meteor struck the map.

Locations like Dusty Depot will be making a return, while all of the most recent vehicles additions appear to be travelling back through time too.

If time travel is the theme, Season X could be a big celebration of all past seasons, including cosmetic rewards.

Epic Games could release weekly challenges to make it possible to unlock new variants based on past skins.

Or, this could all be a red herring, and we may see a completely different Season 10 theme emerge in the coming hours.

“Season 7 was so good for me. The Christmas feel made me feel so warm inside, and I loved it,” One Fortnite fan shared online today.

“The map changes were fun and fresh, and balance was good compared to season 8 and 9.”

Another added: “Everyone pause while Jonsey is falling towards the end of the video. Notice Dusty is the only place reverted back to its original state in that area based on the Volcano/Lava, Lazy Lagoon, and everything else still appearing to be the same from what’s shown about that area.

“A lot of people are speculating; this is an alternate universe where the meteor isn’t going to hit. And If that’s true, that would mean none of the current places on the map would’ve ever existed in this universe.

“My guess is during this season they’ll all slowly start to change back poi’s then be destroyed by the season events throughout this side of the story again, or places will advance as we’ve seen with tilted for example.”