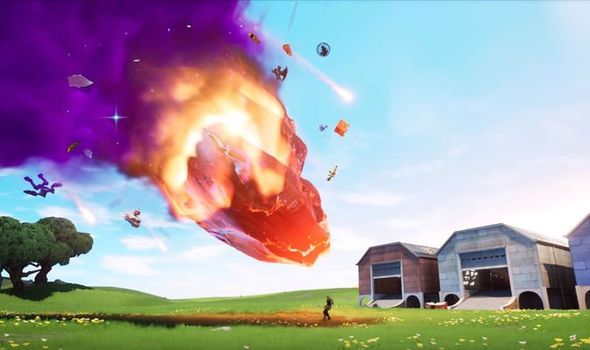 Fortnite Season 10 will begin tomorrow, August 1, and fans are just starting to learn more about the map changes coming to the game.

It’s a big part of the seasonal change process, along with the release of a brand new Battle Pass.

Fortnite Season 10 will be following the same general formula for most of this, meaning that fans are waiting for some big skin leaks.

This has happened quite a lot in the past, sometimes stemming from different digital stores.

And it usually includes official Fortnite art being posted early, providing a big skins leak before the Battle Pass is revealed.

Fortnite fans will be keeping their eyes peeled for any big social media shares in the early hours, before Fortnite Season 10 is released.

Based on past events, downtime could begin at around 10am, BST, followed by a big update being released after it has been completed.

Things are expected to get started early in the day so that fans will have plenty of time to enjoy Season 10 on Thursday.

And Epic Games are expected to share this information in the coming hours for PS4, Xbox One, PC, Mobile and Nintendo Switch players.

The first big Fortnite map leak came in the form of the story trailer being shared today online. This appeared to be a mistake stemming from an official Fortnite account.

Since then, the official trailer has been released and includes a number of map hints for Season 10.

This includes one we already knew about, the return of Dusty Depot but the trailer itself offers some tantalising clues.

The Orb at Loot Lake looks set to explode, causing a rift in time to be opened up, potentially changing past events.

This could lead back to before the Meteor struck the map, meaning that Epic Games could change a number of map locations.

Season 10 could include a mix of new and old locations as part of the ongoing storyline, or there’s a chance that the dev team are looking to reboot the map entirely.

And from what was shared in today’s story trailer, it appears that whatever map changes are made, some of the newer vehicles and items will be available to use.

Another working theory is that Epic Games are going big for Season 10 by making map changes each week.

This would start with the original map and then work through the different locations and variants via updates.

So that would mean the return of Tilted Towers, which would eventually be switched out with the Neo version.

But not all past locations are as cherished by fans, so it will be interesting to see precisely what makes the cut.

Does anyone really want to see the return of Anarchy Acres? And what version of Loot Lake can be described as the most popular?

Lucky for us, Epic Games will be revealing all with a Season 10 Battle Pass Trailer on August 1. The dev team haven’t shared their release schedule yet, instead, focusing on the recently Fortnite World Cup.

“Over 19,000 fans attended the three-day Fortnite World Cup Finals in person at the sold-out Arthur Ashe Stadium,” a message from Epic Games reads.

“On Sunday during the Solo Finals, concurrent viewers peaked at over 2.3 million across YouTube and Twitch, making the Fortnite World Cup the most-watched competitive gaming event (excluding China) of all time.

“These numbers do not include fans watching in-game and on other streaming and social media platforms. We couldn’t have hosted such an event and showcased the top Fortnite players without your support. Thank you to the entire Fortnite community.”