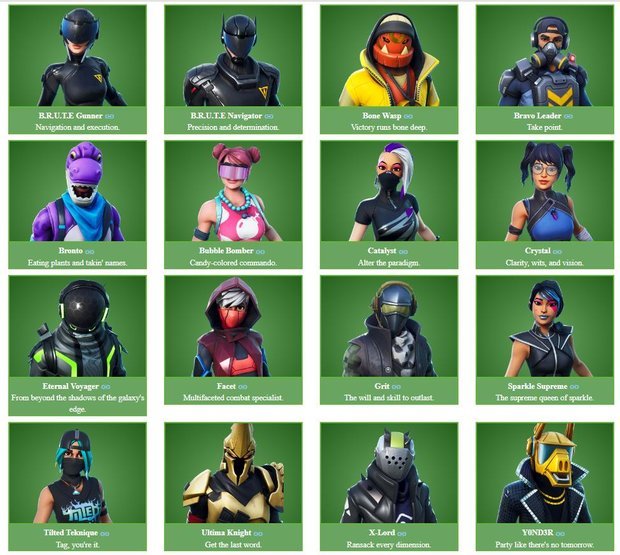 To be honest, there are LOADS of new leaked cosmetic items. Which makes sense as this is the start of a new season.

These new details were found by the usual Fortnite dataminers who post their findings to Twitter. Although, for the time being, names and rarities for these items are currently unknown.

Or in the process of being scribbled down.

It’s equally unclear when these new items could go live in the game, but it’s likely going to be spread out over the next few days and possibly weeks.

We’ll keep updating this story as we learn more! For now, take a look at some of the images below of the new skins!

Season X – Battle Pass
New Season, new Battle Pass. 100 levels, over 100 new rewards. Find out more information on everything that’s new in Season X in the announce blog. In Season X, you’ll have the ability to gift the Battle Pass to a friend! Available on all platforms (timing may vary per regions) until August 15th. Your first purchase also includes a unique Gift Box for you to use when gifting items from the shop.

B.R.U.T.E.
Few suits make you feel as powerful as a mech suit does. In this two-person vehicle, players can control its movement while their partner controls its firepower. Those feeling extra adventurous can operate it solo by switching between moving and shooting!

Rift Zones
The Zero Point Explosion has made the island volatile! Locations once thought to be lost are beginning to appear, but they aren’t the same as they once were… Drop in and explore to discover what mysterious gameplay changes they have in store.