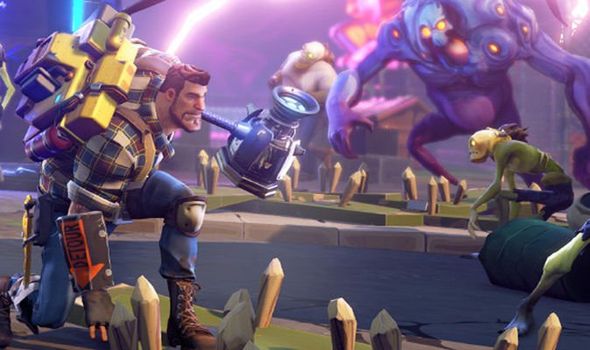 Early August will see the launch of Season 10 and with it some new features and updates for Fortnite Save the World.

It’s been revealed that emotes are coming to STW but won’t be replacing the current dance moves on offer.

We also know that Fortnite Save the World is planning to go free-to-play sometime in the future.

However, Epic Games has yet to provide a release schedule for this, following a long delay in 2018.

But fans are now wondering if things are being put in place for a free codes release.

First, there is the new emotes support which is going to be available for users in STW during Season 10.

These will come with the added compatibility with the free Battle Royale mode, meaning you’ll be able to do some cool crossover stuff.

Talking to fans online, the Save the World team revealed a few more details, adding: “You will be able to set which emotes are in the primary wheel from STW once they are added. You won’t have to switch modes.

“You will be able to use any emotes you have, whether, from the item shop, the battle pass, or the two founder emotes you already have.

“The emote wheel will work the same way as it does in BR. So yes, you can have more than two at a time.”

No official date has been given for the start of Season 10 in Fortnite Save the World and Fortnite Battle Royale, but it’s expected to kick off in early August.

And today’s Fortnite Save the World patch notes may also have a few hints for the future too, via Polygon.

A new currency is being released into STW, called X-Ray Tickets, a change that won’t affect Founder Members.

Here’s more from the Save The World team, who confirmed today: “We’re introducing a new currency type in v9.40 for non-founding Save the World players that we’re calling X-Ray Tickets.

“X-Ray tickets will replace V-Bucks for all non-founding players and can be earned by taking part in quests, missions alerts, and daily login rewards.

“You’ll be able to use this currency exclusively on X-Ray Llamas within Save the World and does not cross over into Battle Royale.

“Redeeming tickets for an X-Ray Llama will consume your X-Ray Tickets before using your V-Bucks. If your account does not have enough tickets, it will then swap to using V-Bucks for the purchase instead.

“Earning a steady stream of Llamas is an important part of Save the World.

“This change gives non-founders the ability to continue progressing smoothly through the game, while gradually building up their power and collection just by logging in and playing.”

Save The World Founders are players who have purchased the game, including the Standard Edition (or Friend Code redemption), Deluxe Edition, Super Deluxe Edition, Limited Edition or Ultimate Edition.

This could be a hint of what Save the World will be like when it does go free-to-play in the future.

And putting this in place, alongside new emotes features, does make it look like we’re getting closer to a F2P launch.

But it should be noted that this change also helps to regulate the relationship between Save the World and Battle Royale in other ways.

Before this change, it was possible to play Save the World using different accounts on your console.

This made it so you could farm V-Bucks, albeit in a time-consuming way, and then gift them to another account when that feature was available.

This new change removes that option, meaning this could be less about the F2P launch than we first thought.